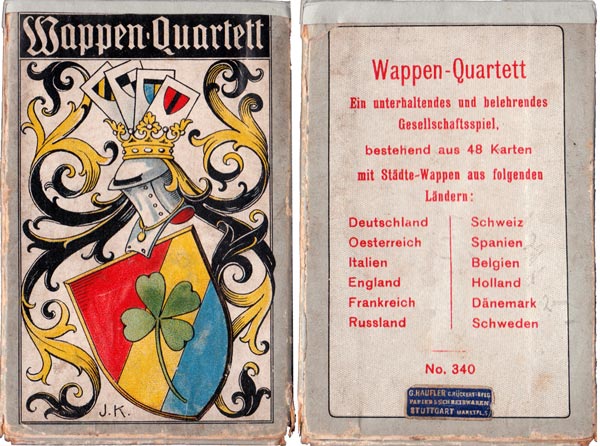 A European coat-of-arms quartet game published by B. Dondorf, c.1900. The countries show the balance of power in Europe at the end of the 19th century: the Irish capital Dublin is part of the United Kingdom; the Polish capital Warsaw is Russian and the Italian city of Trieste is associated with Austria. After the demise of B. Dondorf's games department in 1929, this and other games from Dondorf's catalogue continued to be published by J. W. Spear. The initials J.K. on the box are presumably those of the designer of the game. 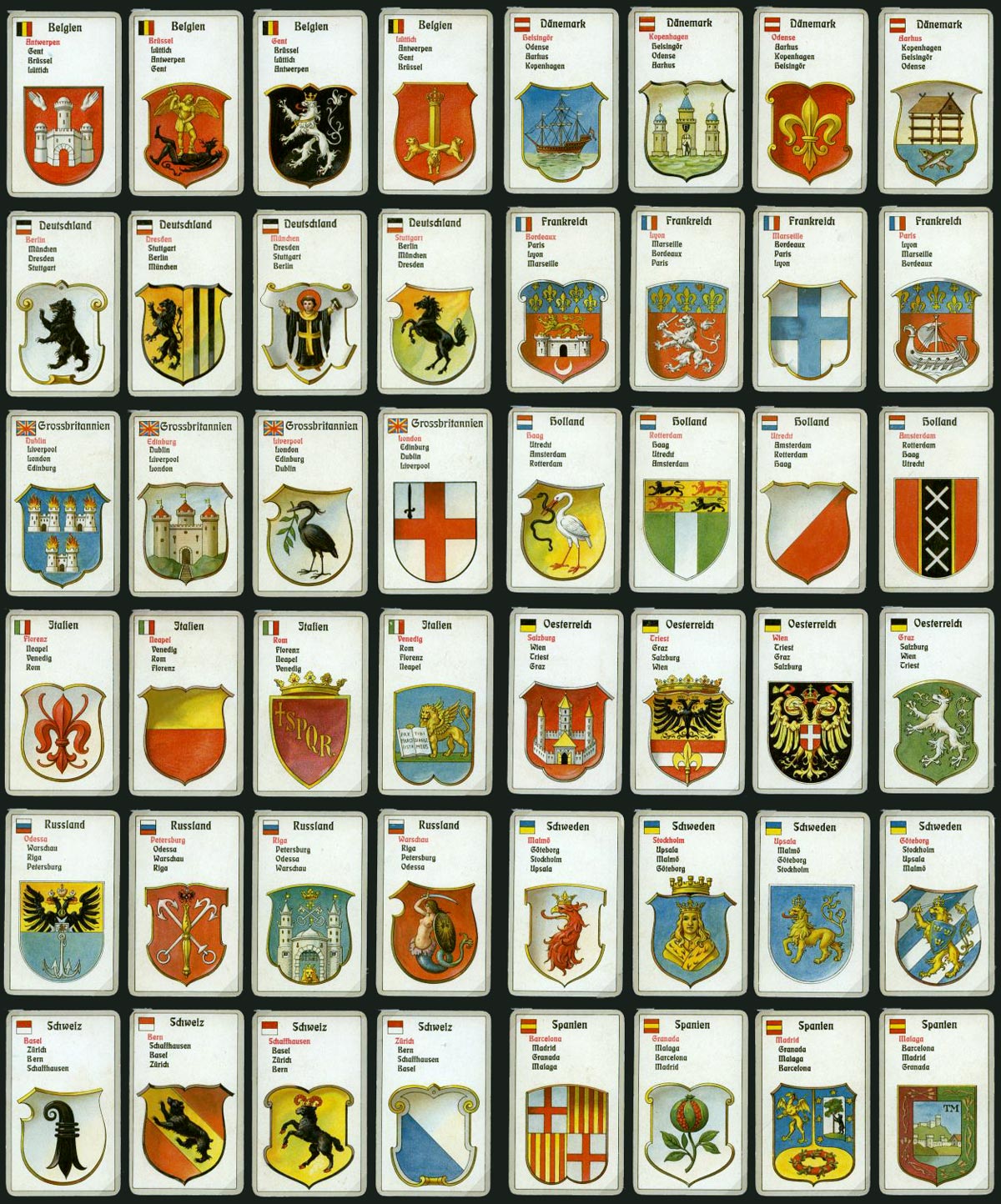