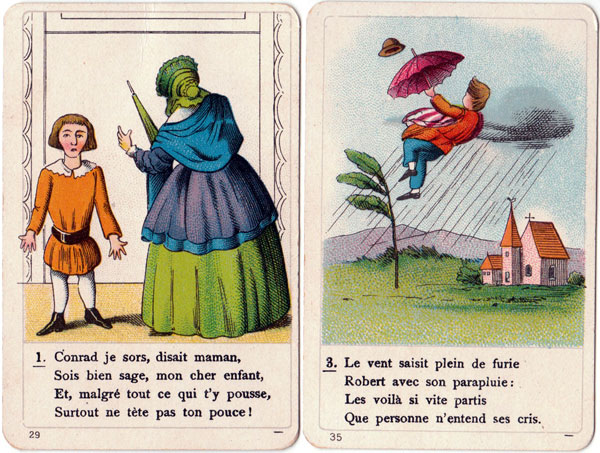 Alongside their magnificent range of luxury playing cards, Dondorf also produced a varied range of games for children. This example based on the “Der Struwwelpeter” stories first published in 1847 was evidently made for export to Holland, Belgium and France as it is accompanied by bi-lingual instructions. It was published in UK by A.N. Myers in c.1890. The game contains 9 sets of four cards numbered consecutively. Each set is like a comic strip with a moral lesson, telling a story about a naughty child who gets into trouble for such things as disobeying their parents, bad table manners, harming animals or making fun of foreigners. 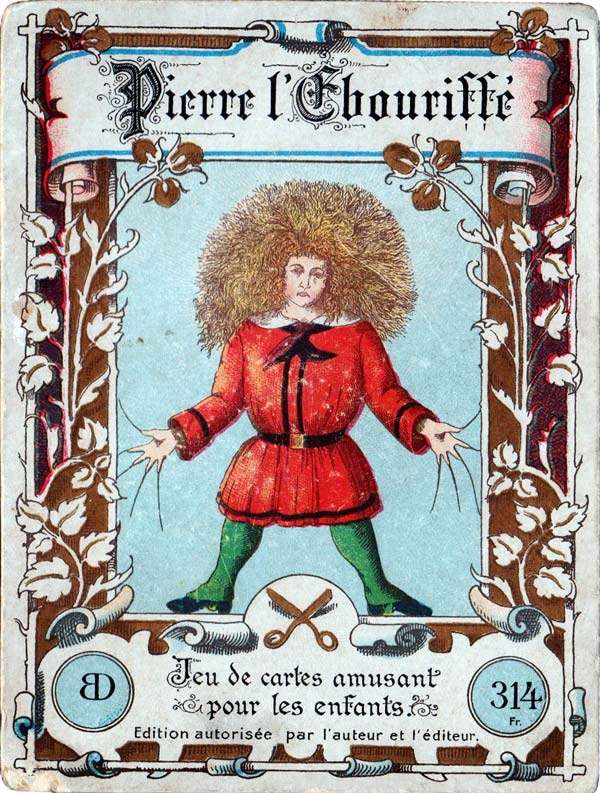 Above: the complete set contains 36 cards. The print quality and quality of the card and packaging are all excellent. According to the label on the box the game is authorized by the publisher as well as by the author, suggesting that it was first published before the death of Frankfurt psychiatrist and author Heinrich Hoffmann (1809-1894), who wrote the Struwwelpeter stories in 1847 for his son Carl. The Struwwelpeter stories quickly became famous in Germany and the success spread to other countries. The stories were translated into many languages→