“Pasha” is one of Charles Goodall & Son’s brands which first appeared in c.1898 and was retained until after the De la Rue takeover in 1921. The artwork on the box is very decorative and features gold medals along with the words “Pasha Playing Cards” and “Made in England” and “Duplex Round Corners” along the sides

Note: “Pasha” or “Paşa” was a higher rank in the Ottoman Empire political and military system, typically granted to governors, generals or dignitaries. As an honorary title it is similar to a British peerage or knighthood. 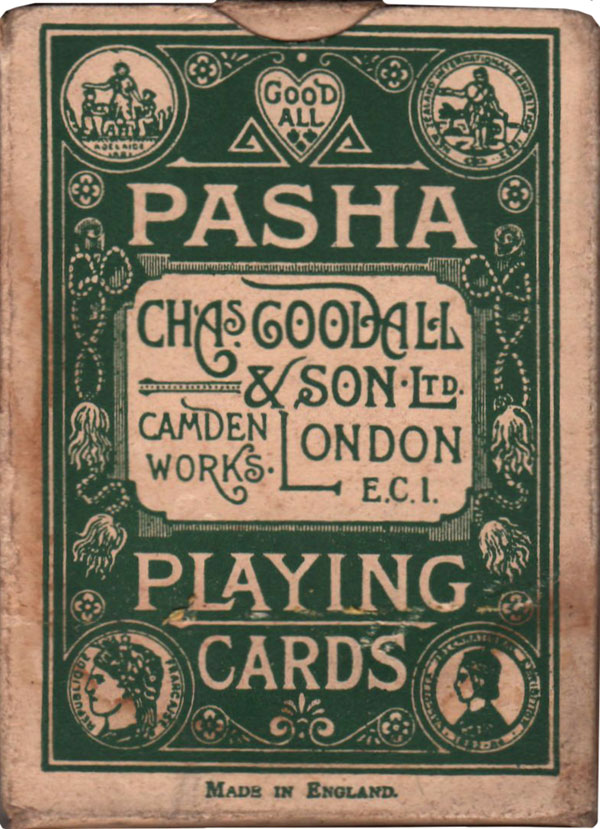 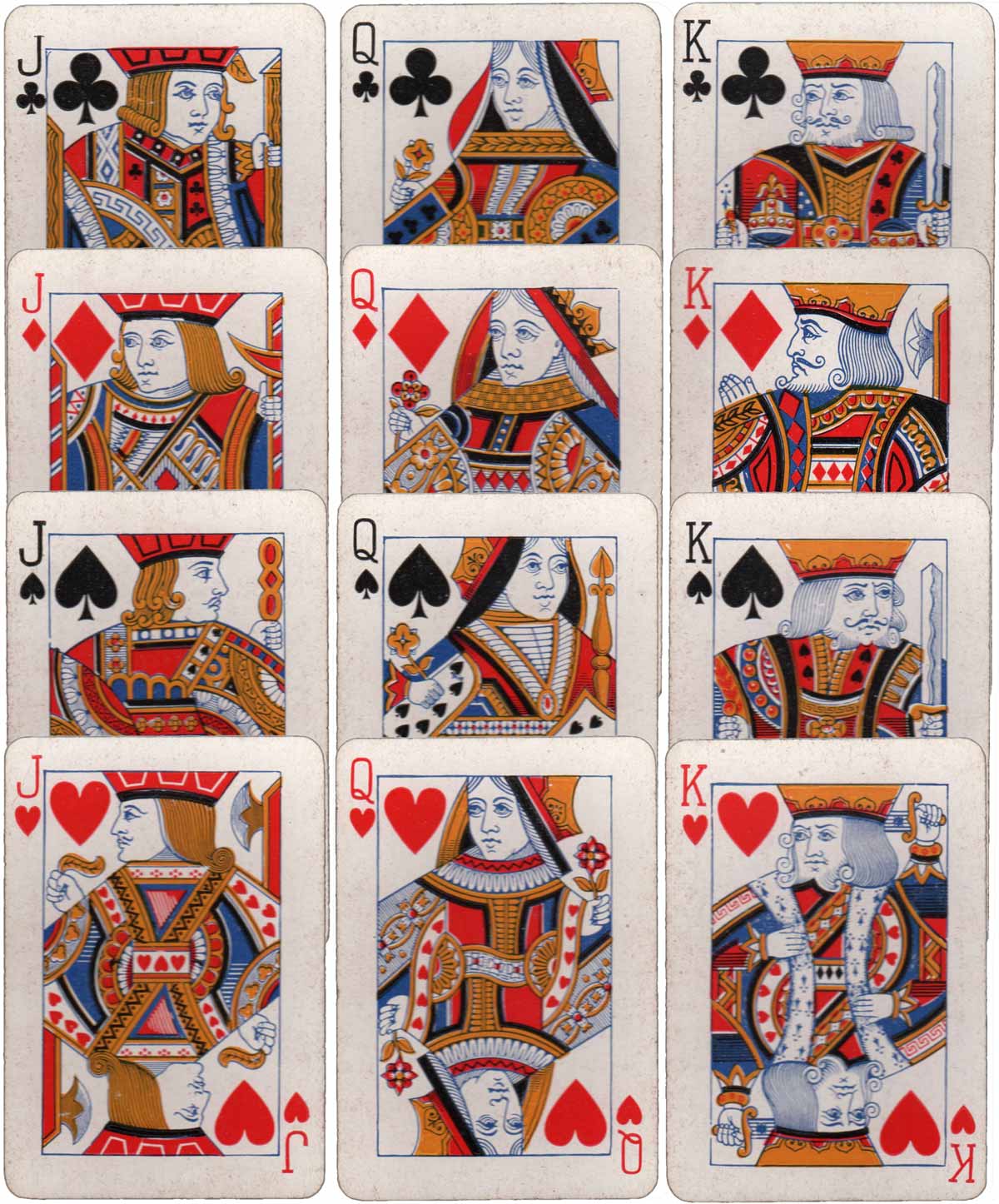