“Boudoir” playing cards were introduced by Chas Goodall & Son in 1906 in a new, slimmer size.

“Boudoir” playing cards were introduced by Chas Goodall & Son in 1906 in a new, slimmer size, measuring only 90 x 57 mms instead of 90 x 63mms. In 1921 the Company was sold to De la Rue, but the Camden Works was kept operational until its closure in 1929. Goodall cards and trade marks continued to be sold under the Goodall label, although manufactured by De la Rue, until De la Rue was blitzed during the war in 1940. Some brands were continued even longer, printed by Waddingtons. 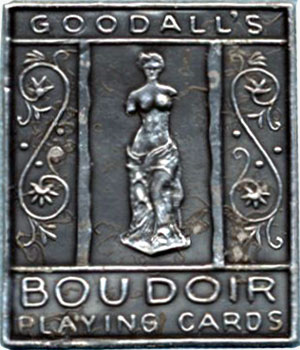 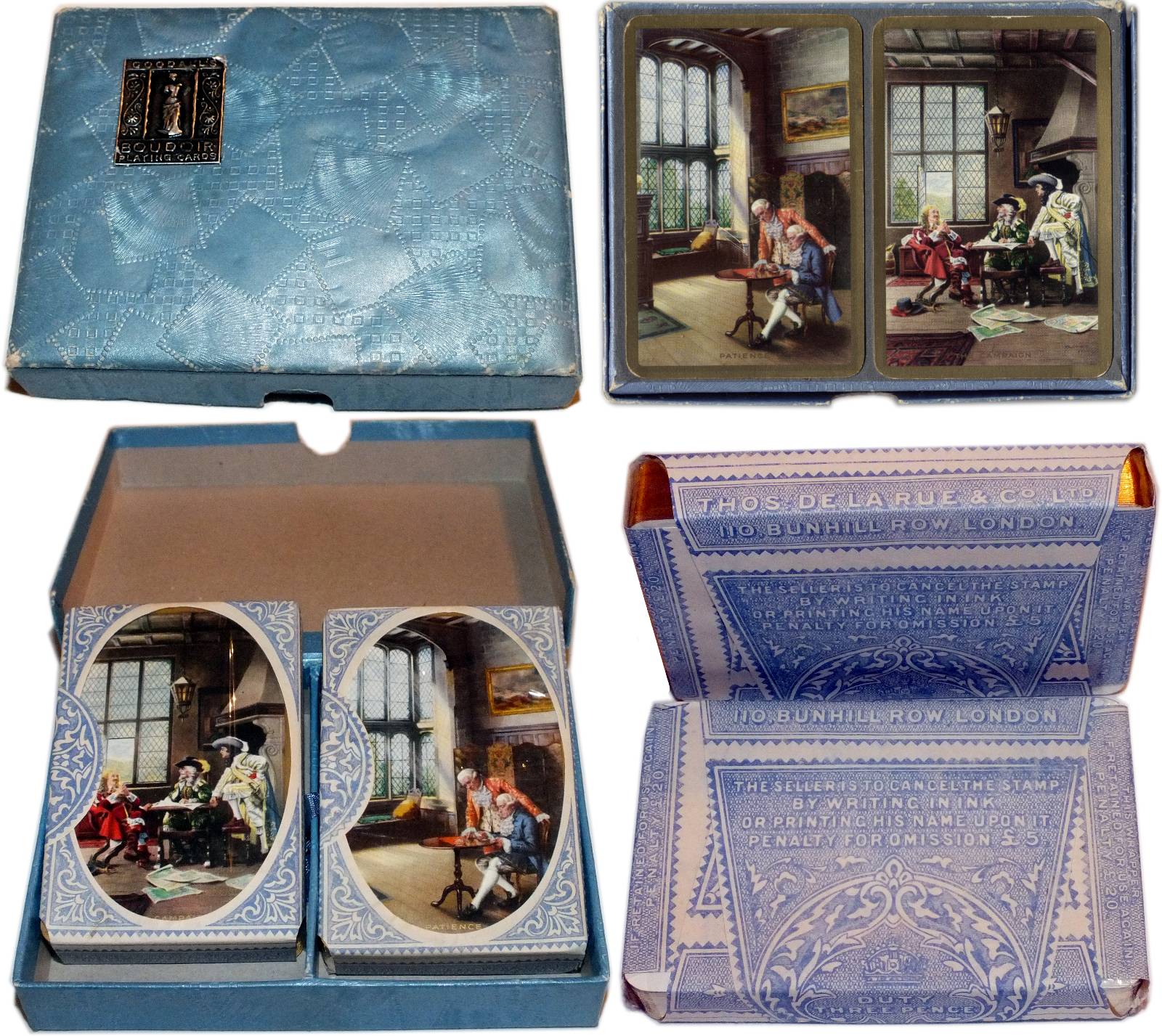 Above: double set of Goodall's “Boudoir” playing cards sealed in the original tax wrappers inside a padded box, c.1930. The gold edges to the cards can be seen at the corners of the wrappers, whilst the name of Thos De la Rue & Co appears on the tax wrappers. The “Boudoir” brand had been acquired when De la Rue took over Goodall & Son in 1921. 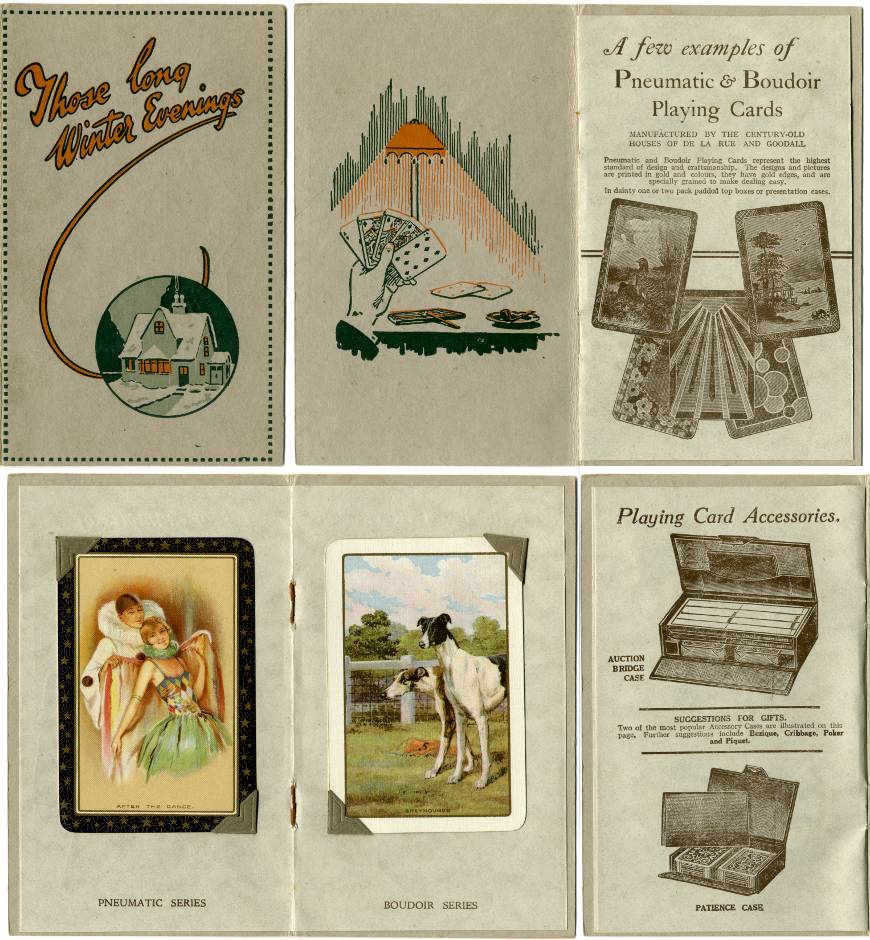 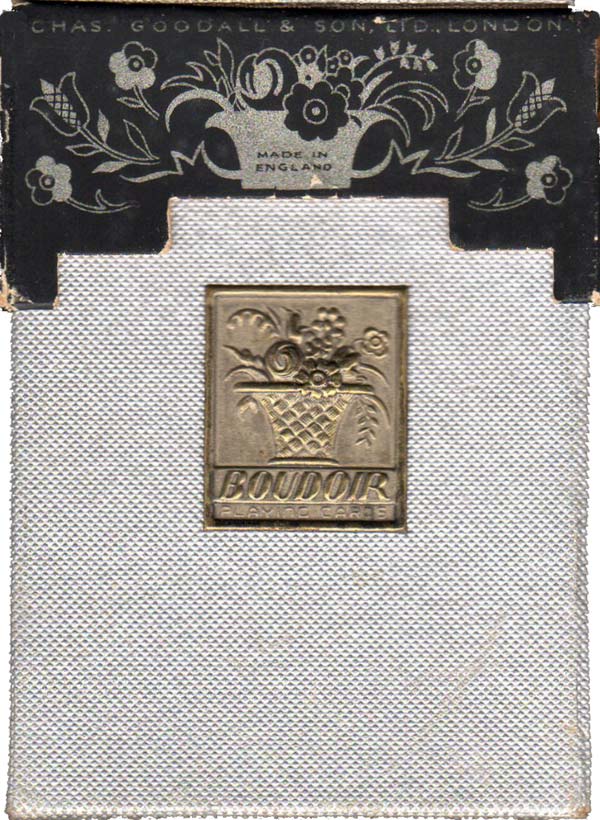 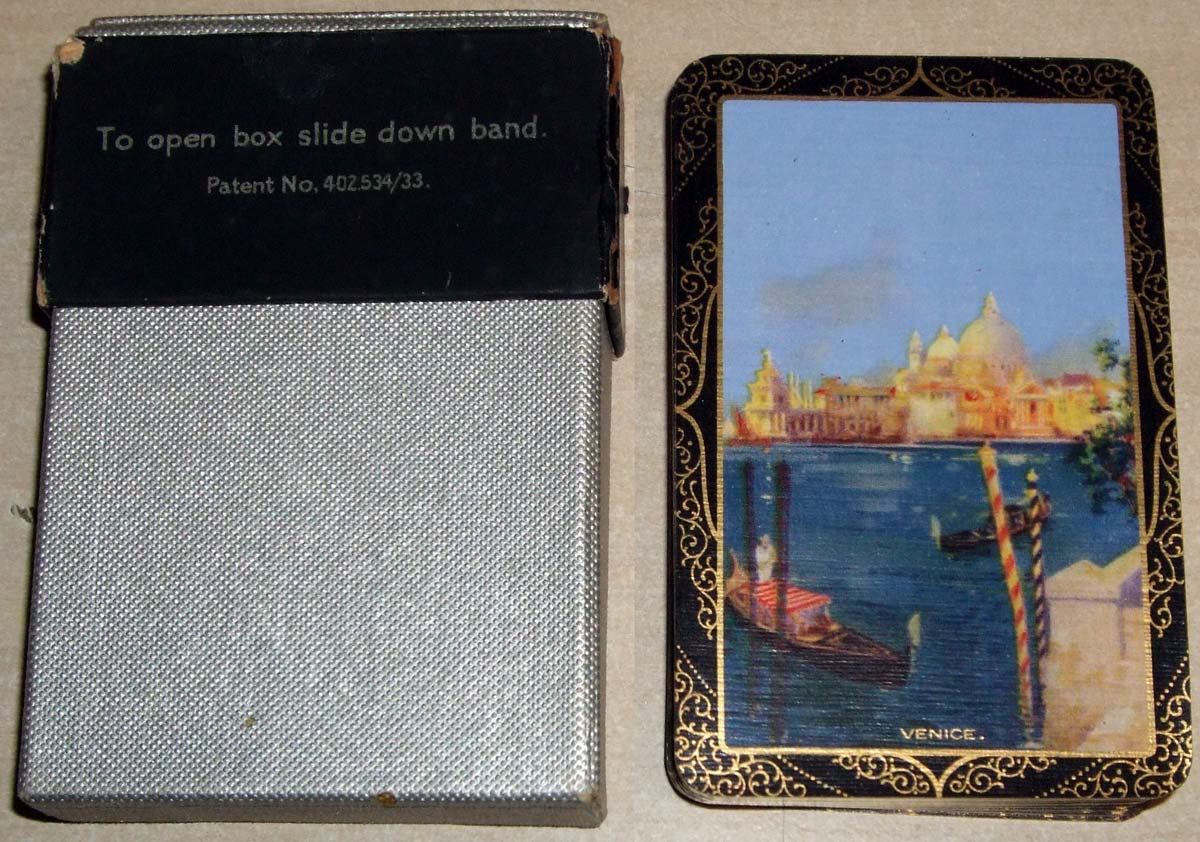 Above: pack of Goodall's “Boudoir” brand playing cards with 'Venice' back design and the Goodall ace of spades and joker, manufactured by De la Rue, c.1934. Courtesy Matt Probert. An alternative design can be noted on the metallic badge. The box quotes the patent number 402534 and the original patent application can be viewed here►

Above: single pack of Goodall's “Boudoir” playing cards with the Goodall ace of spades and joker printed by De la Rue, c.1935-39.

Round the World Happy Families

Round the World Happy Families by Chiefton Products Ltd of Bristol, c.1950s.