Tarocchino Bolognesi by Carlo Zanardi, Bologna, c.1850. Tarocchino is an early localised ancestor of Tarot with only 62 cards, omitting numeral cards 2-5, leaving 24 pip cards, 16 court cards and 22 trumps in a somewhat different sequence to other tarots. Another distinction is that in c.1725 the four imperial and religious trump cards were changed from the traditional ones into four Moors. Soon after this the deck was made double-ended and numbered with Arabic numberals. And in this example, instead of the ace of coins there is an empty card with two tax stamps►

Right: the back paper extends into turned over edges →

The double-ended back design, printed in blue, shows a young woman with the legend “Alla Follia” and the initials C and Z, from where we identify the maker of the deck. 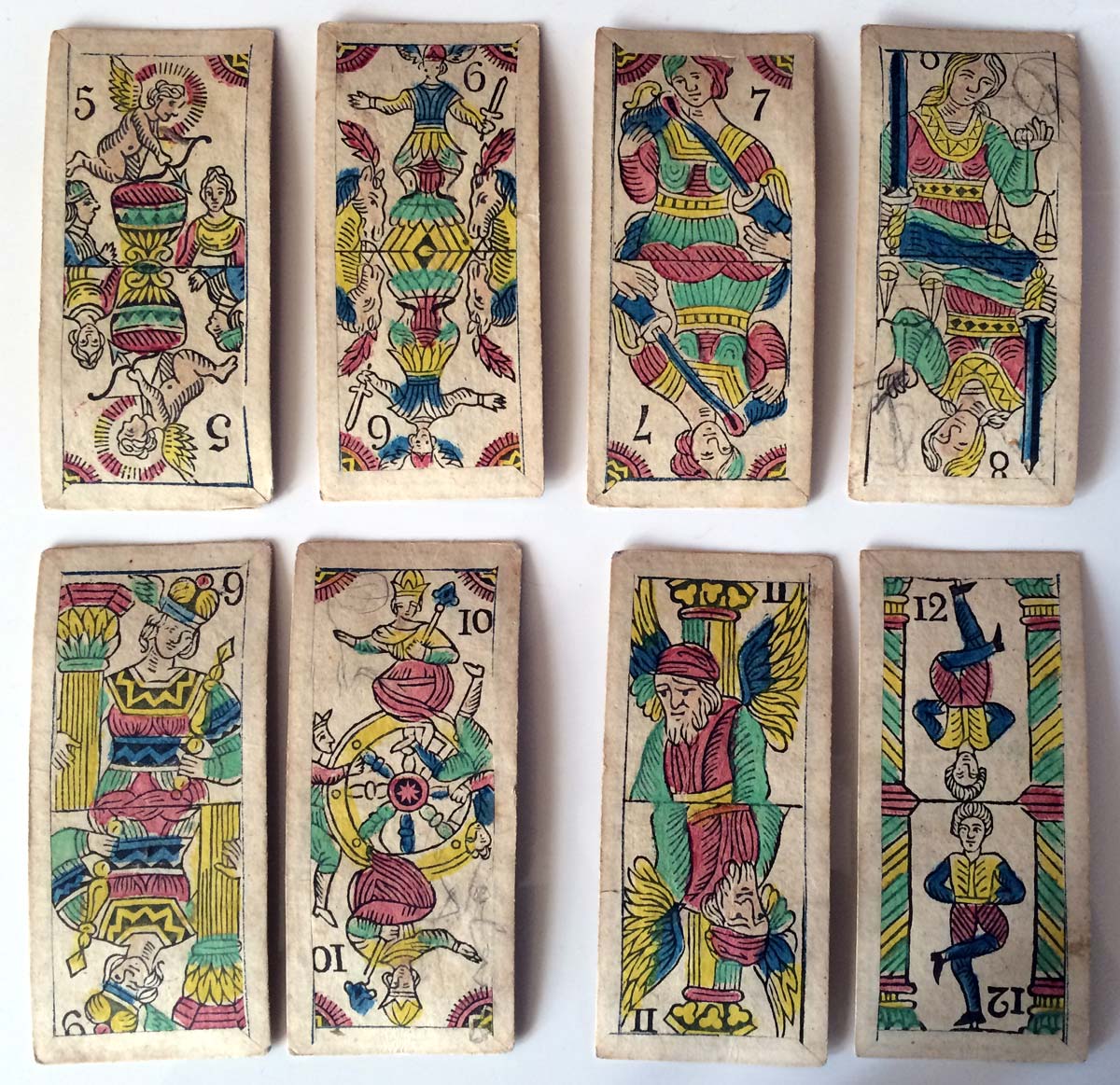 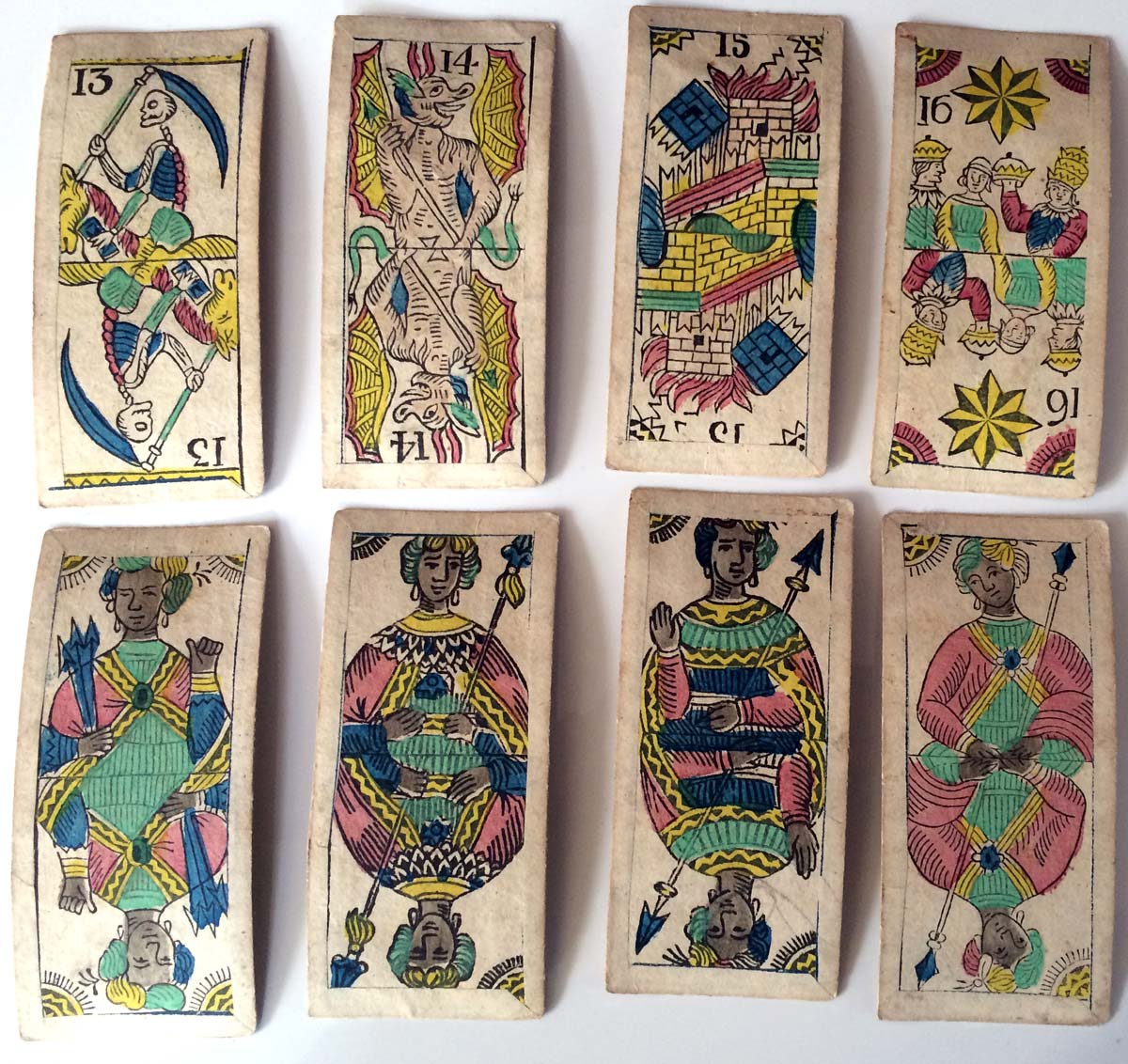 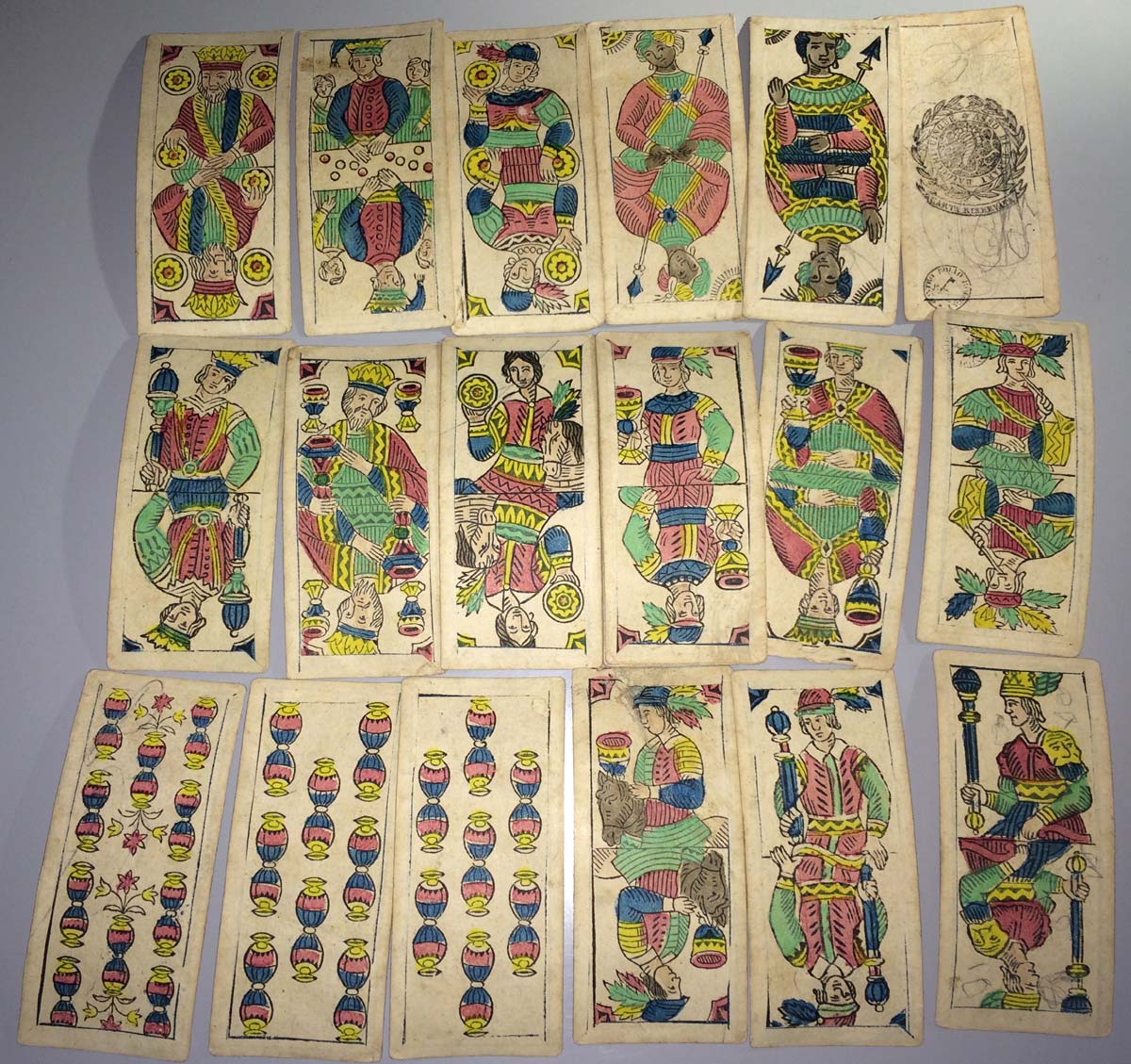 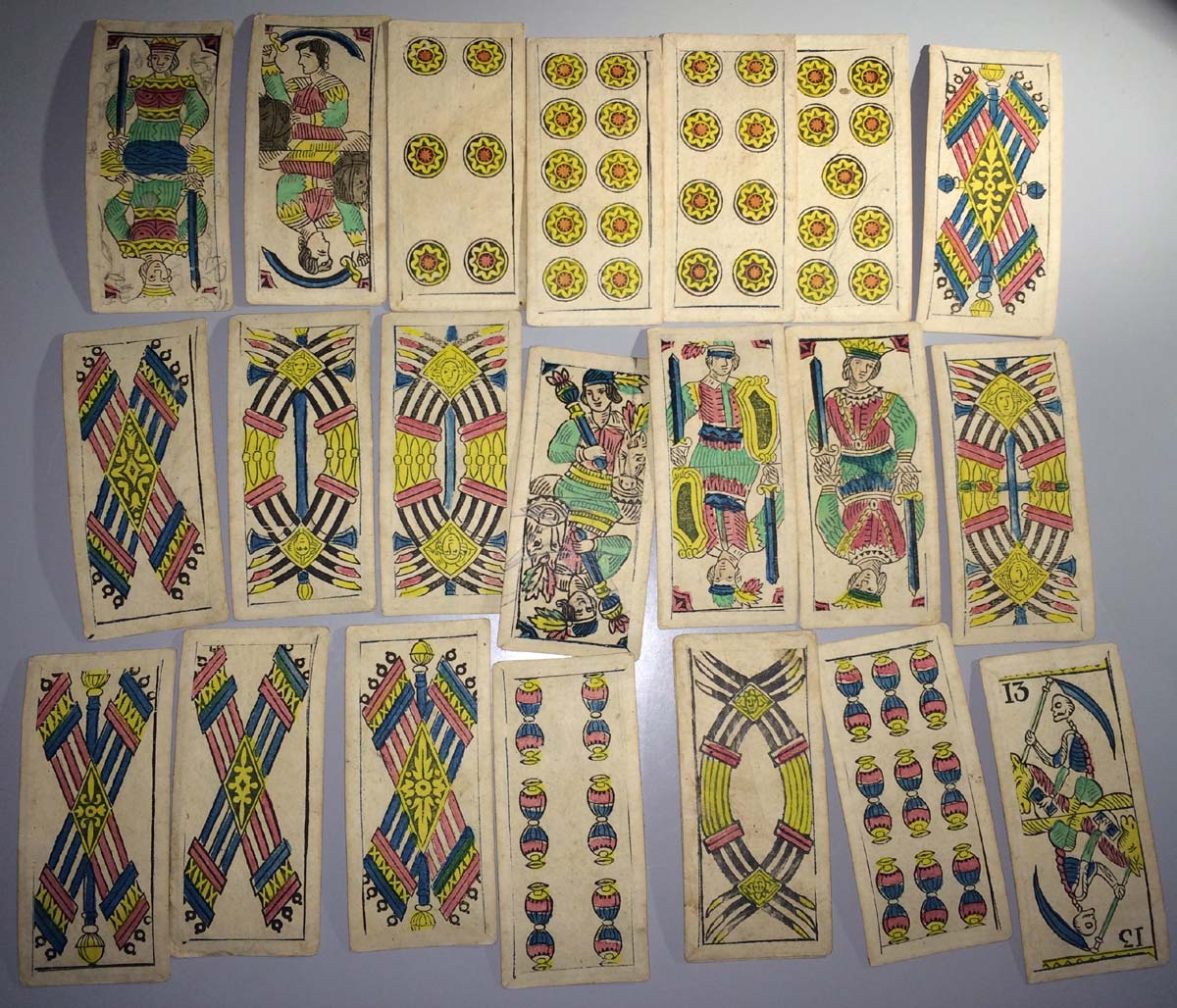 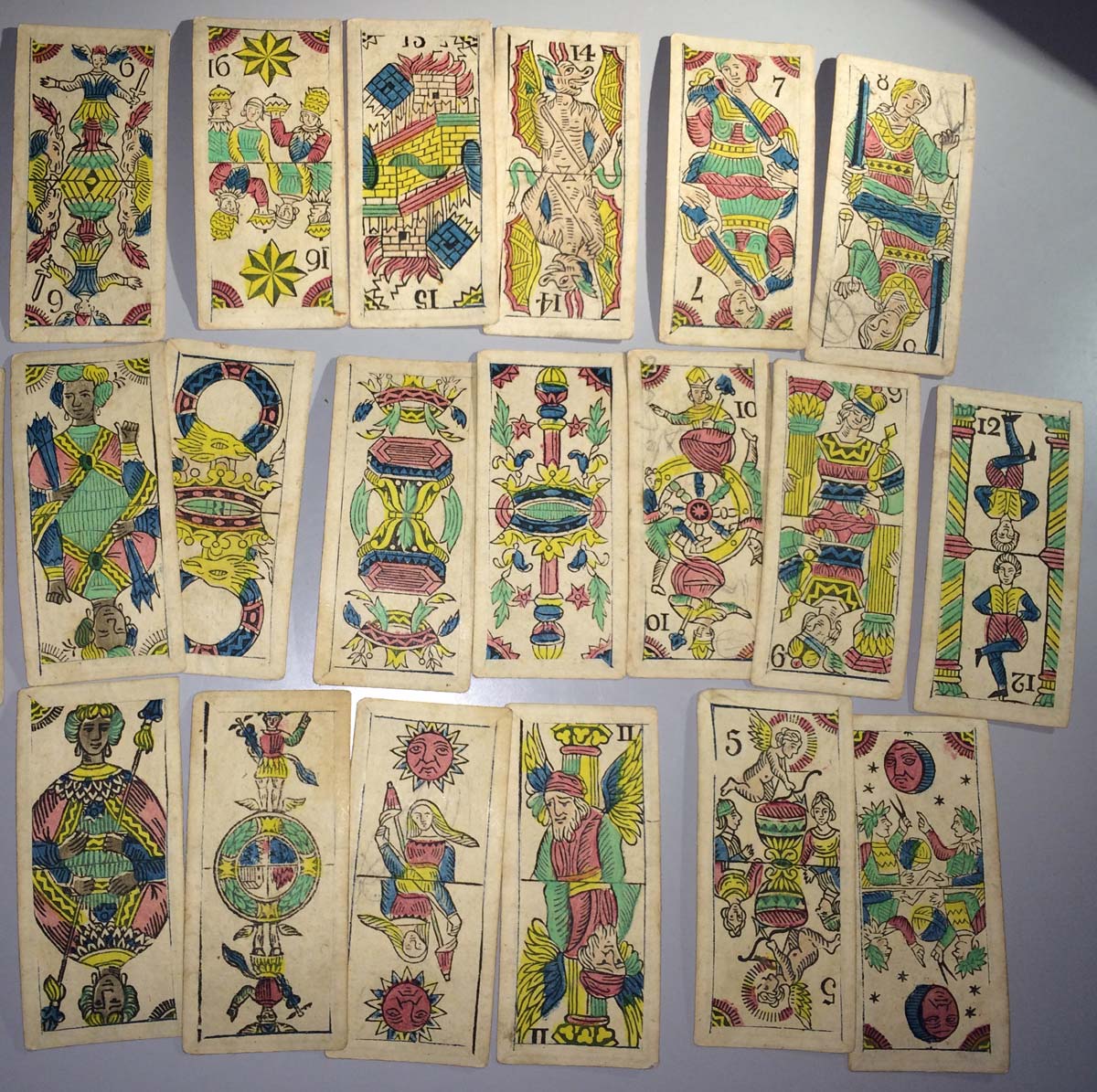 Above: Tarocchino Bolognesi printed from woodblocks and setencil-coloured by Carlo Zanardi, c.1850. All images courtesy of Maria Alessandra Umiltà.

Most likely the Bologna tarocchi originated in the 16th century. However, Detlef Hoffmann (1973: 17) quotes a legend which dates the invention of the shortened tarot pack to 1419 by Francesco Fibbi, a prince of Pisa, during an exile in Bologna. 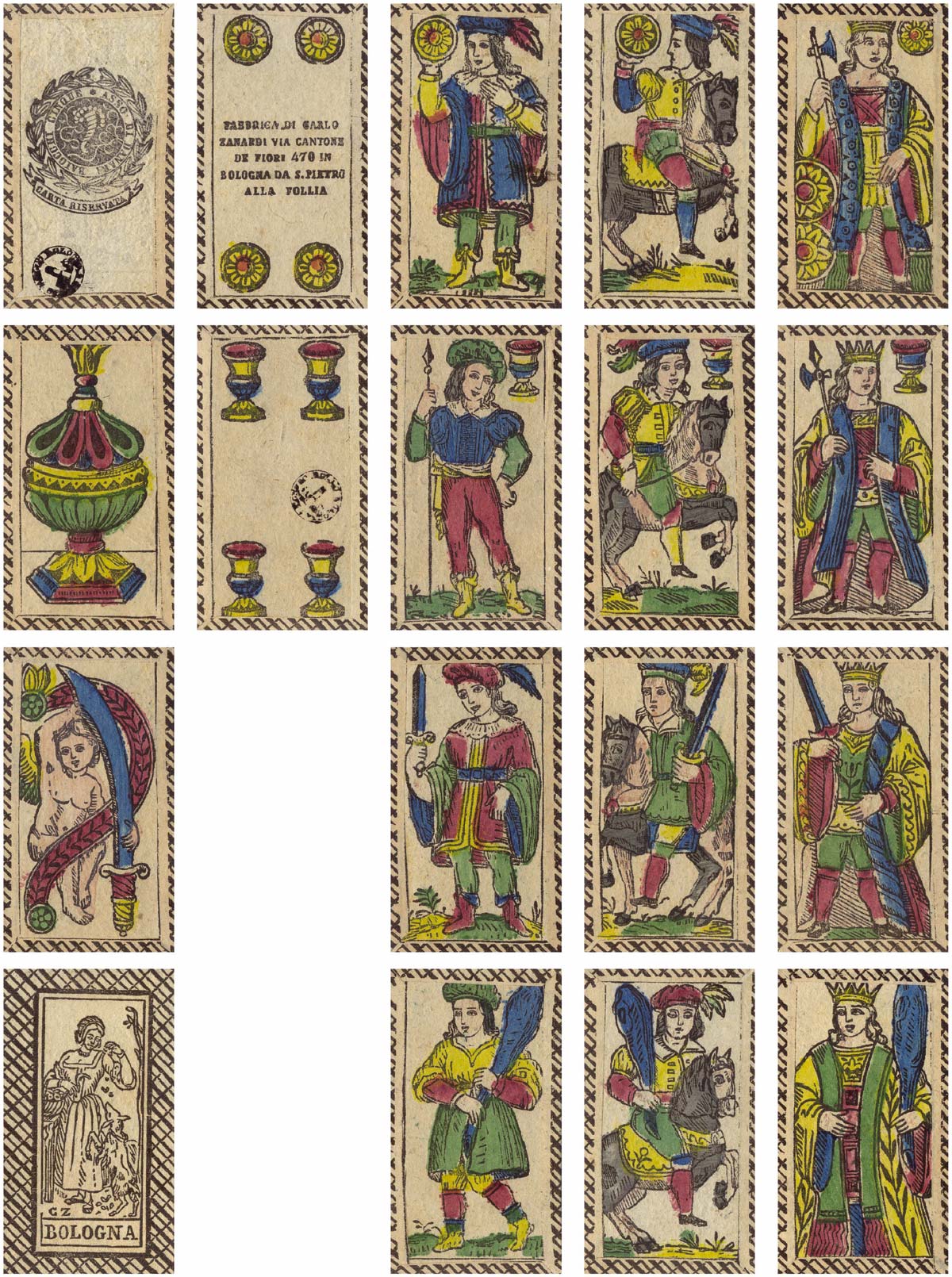 Above: incomplete deck by Carlo Zanardi with similar stamps on the ace of coins, c.1850. The colour palette is also similar. Courtesy Alberto Pérez González.