This pattern has origins in the late XV century and was the earliest tarot pack to be converted to double-ended format. The deck is shortened to only 62 cards by omitting the lower numeral cards 2-5 in each suit. 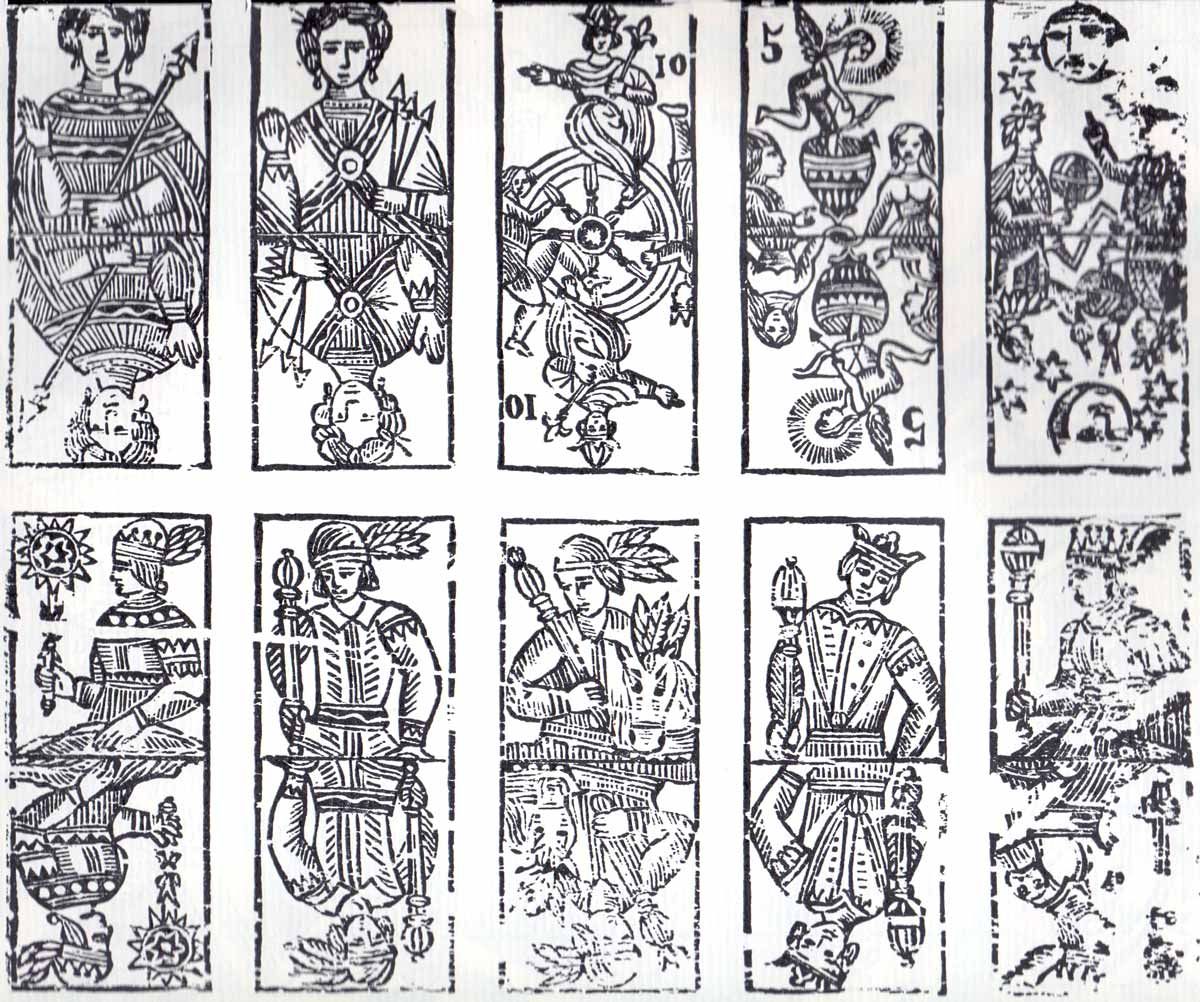