Martin Mystère is a cartoon character who investigates the great mysteries of the world, based on the comic book by Alfredo Castelli. The cards were designed by Giancarlo Alessandrini and published by Lo Scarabeo. See the Box►

Martin Mystère is usually accompanied by Java, a Neanderthal man from Mongolia who is shown on the jack of spades. Further characters from the stories are depicted on the other court cards. The numeral cards and back design have vignettes alluding to the timeless mysteries which the protagonist encounters. The leaflet explains some conjuring tricks involving illusionism and telepathy so that the pack can also be used to impress your friends. See the leaflet► 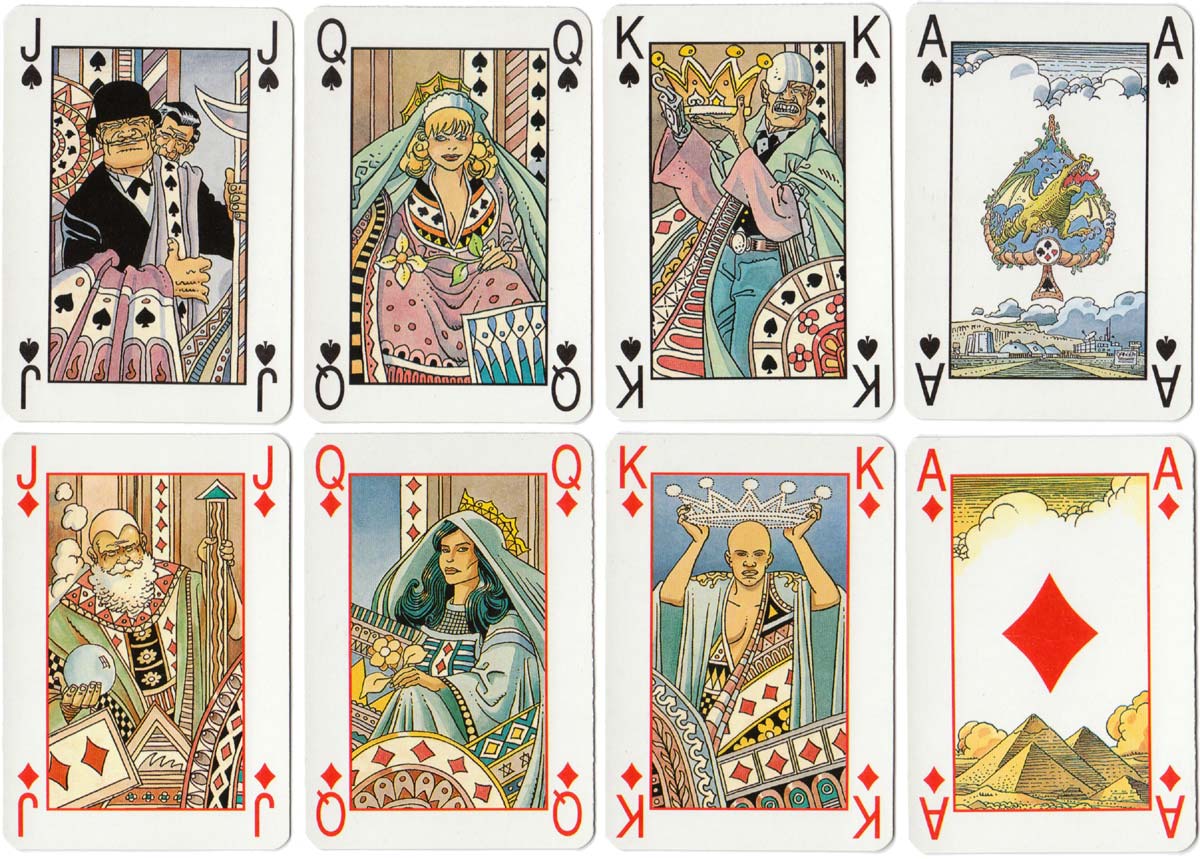 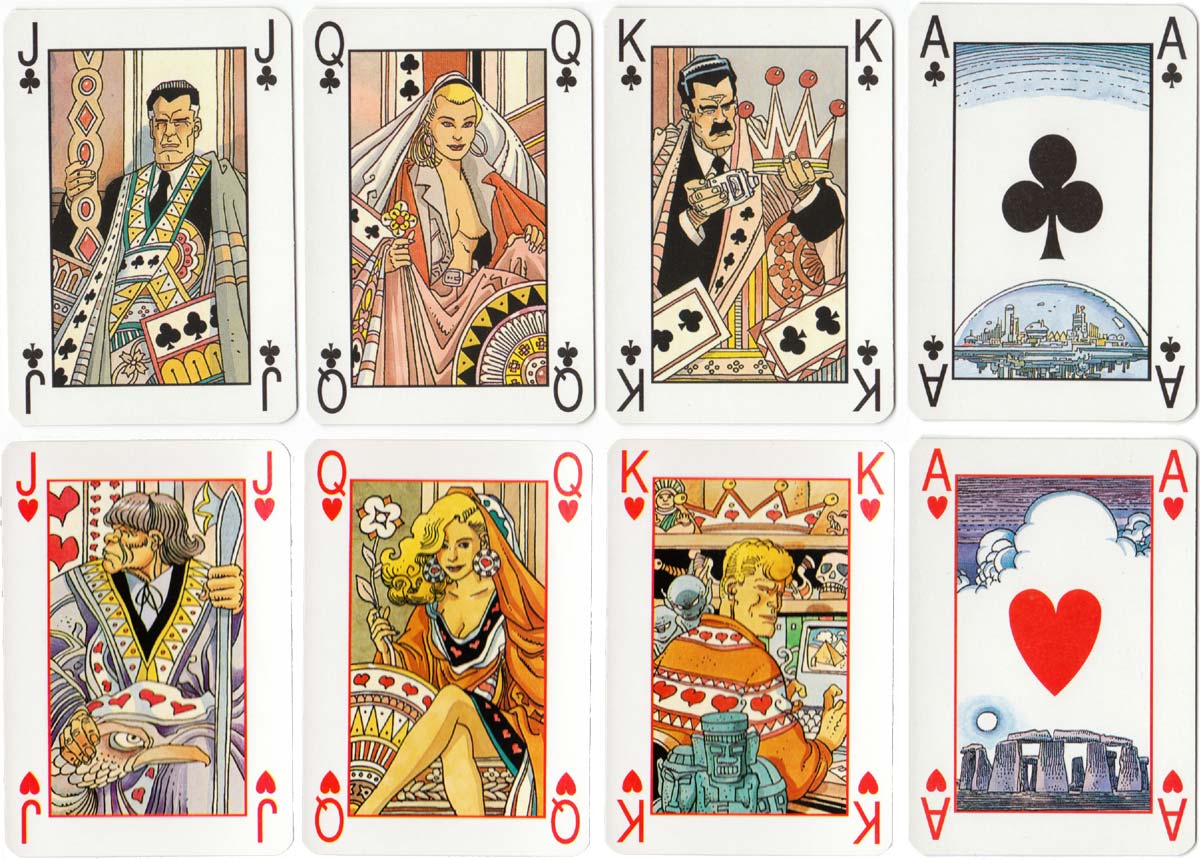 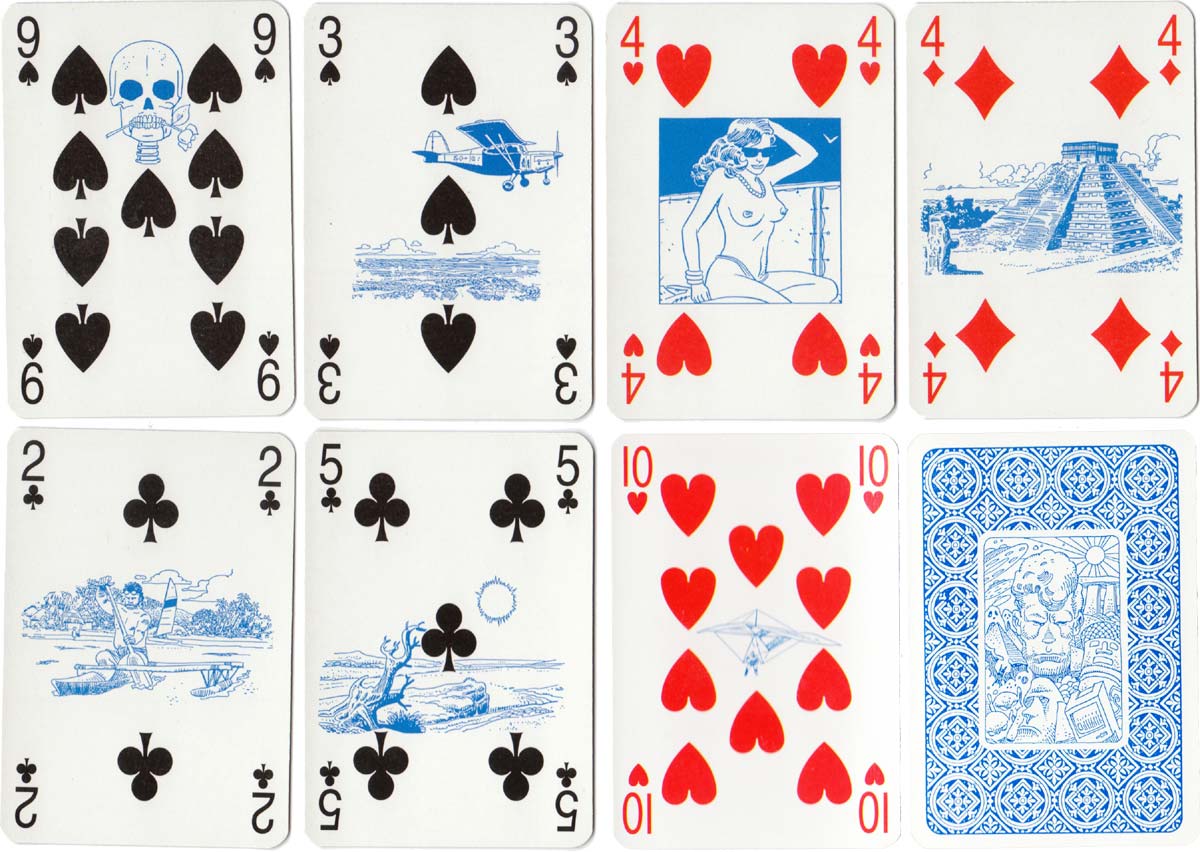