This full-figure, latin-suited pack made by Fratelli Armanino, Genova, has some resemblances to Romagnole, Piacentine and Sicilian patterns but the court figures have been re-designed in fantasy, medieval style costumes. (The cards are reminiscent of Fournier’s Castilian pattern from the 1880s which had been conceived as a new definitive national pattern). The Armanino brothers’ firm was based in Genova until the 1920s when it moved to Rome and operated until c.1960. The name has more recently been revamped as a brand by Modiano. 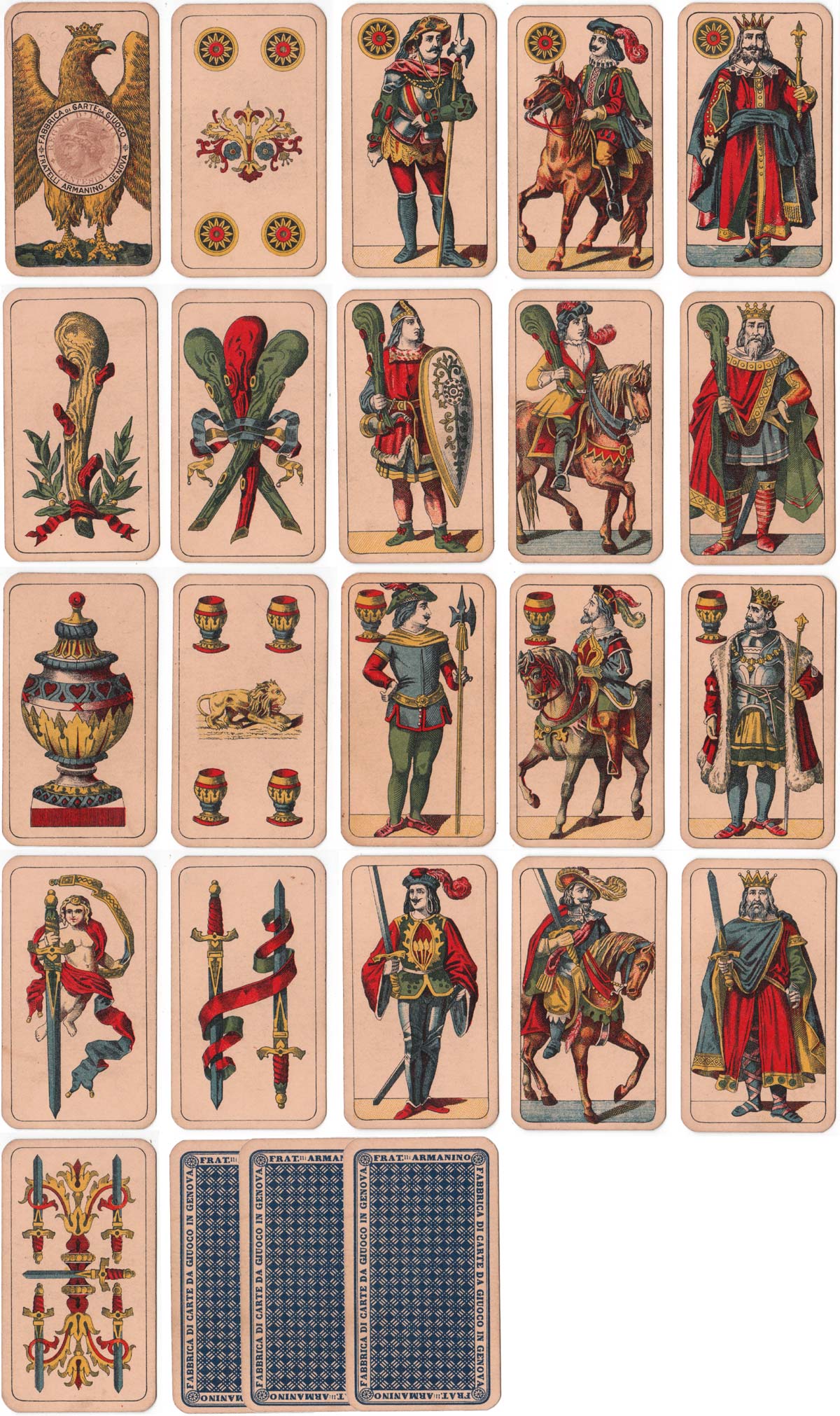