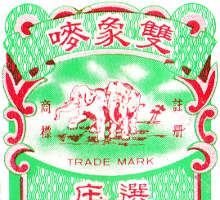 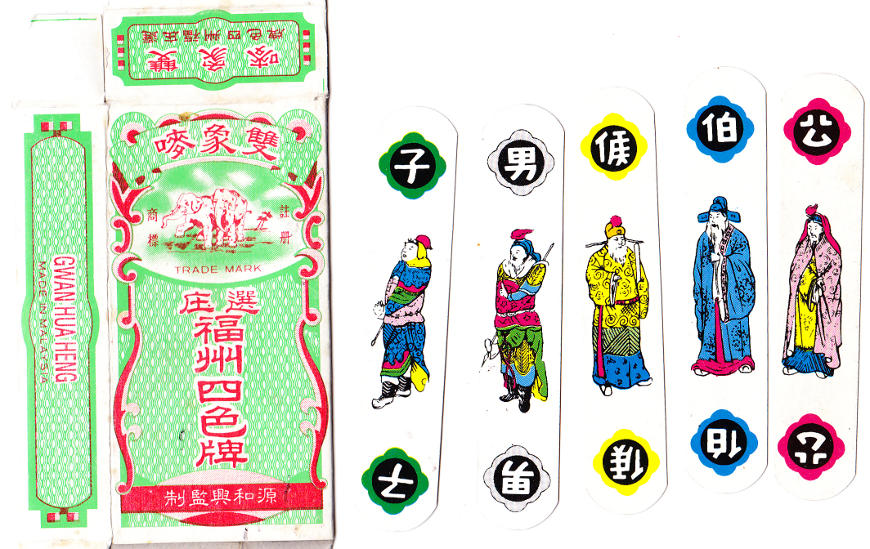 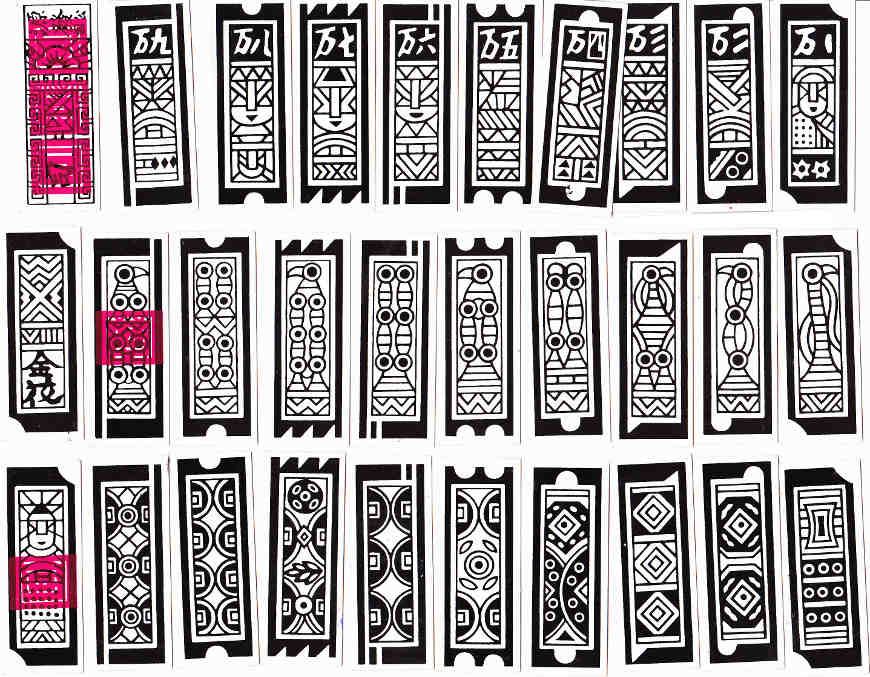 Above: 60-card Double Elephant brand 'Ceki' Chinese Money cards which might be found in Far eastern countries such as Singapore, Malaysia, Thailand, and practically all over South East Asia. The deck is of three suits: myriads (top row), strings and coins and each suit is repeated twice making a total of 60 cards. In the Coins suit, from right to left, we have one (or ace) to nine, then there is a extra card with the image of a man on it which bears a red stamp (this card ranks as a ace in play, hence it shares a common marking with the ace). The last card on the middle row (strings) is the 金花 or "gold flower" and it bears the characters on it. The topmost row is the suit of "myriads" used here as in the sense of 10,000. The values of the cards are marked by a little black box which bears the value (in chinese numbers) of the card. If you squint your eyes a bit, the seemingly incoherent jumble of lines below the boxes form vaguely into human figures. (I am informed that they are characters from chinese plays, but others say they are portraits of gamblers - take your pick). The values are 10,000- 90,000 from R-L. The card to the extreme left is another one of the 3 extra cards. The heavy red overprinting on it makes the card quite illegible. Games similar to mahjongg or rummy are played with this deck, hence there are "indexes" or breaks in the thick black frames to help players. Image kindly provided by Anthony Lee. 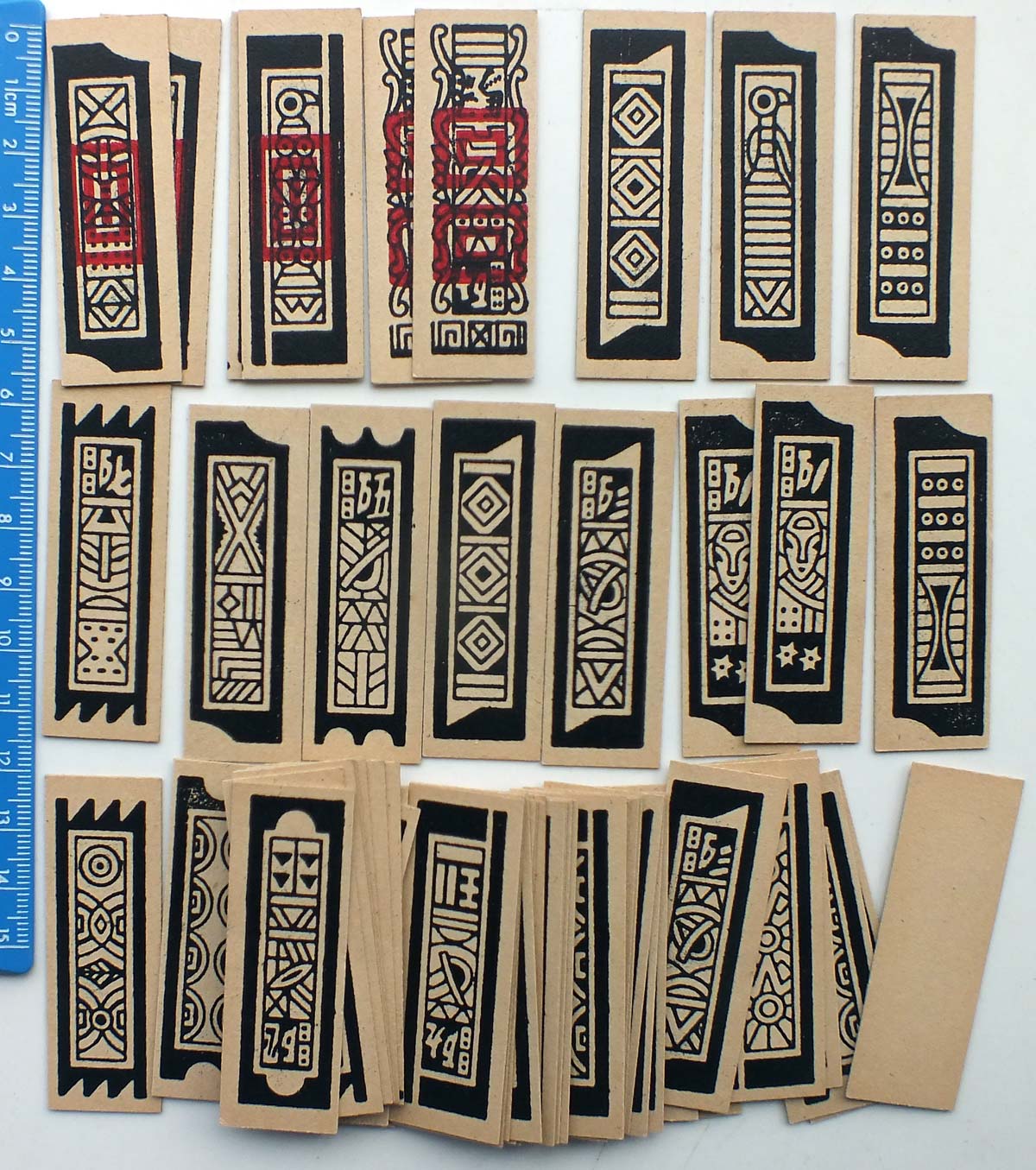 Above: this ‘Old Maid’ deck appears to be a transitional stage between Tower Press ‘Old Maid’, and the present decks published by Hee Trading. However, this deck is anonymous. Image courtesy Anthony Lee.

Just last year, Singapore celebrated its 50th Year of independence. Hee’s cards were given out in state-sponsored “Goody packs” for this occasion ( see: Keep SG Funpack postcard for SG50 goodie bag collection►). Hee’s cards were included as part of the “Good old games” that were played back then. Such is the presence of the cards on the Singaporean psyche. 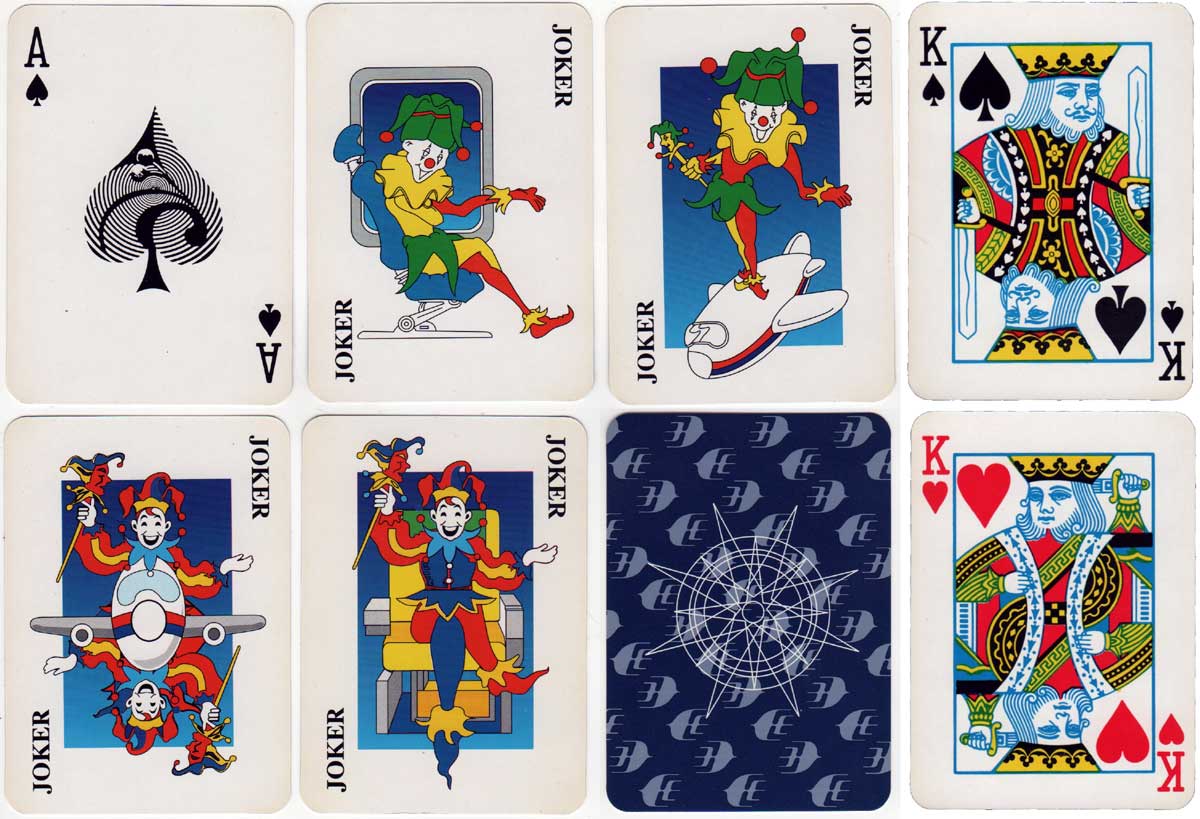 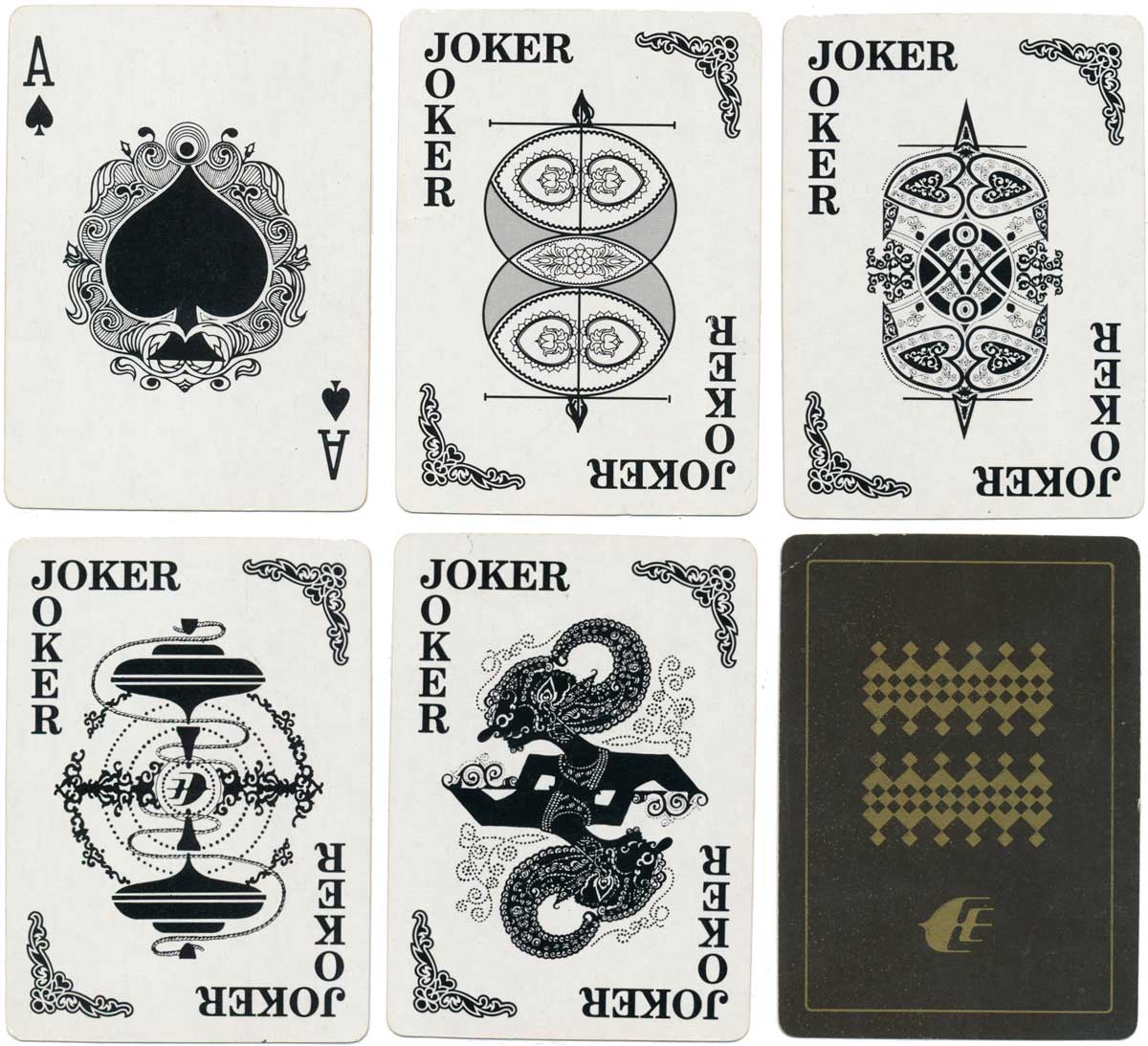 Souvenir of Penang with a different photograph on every card, manufactured by Yong Guan Heng & Co, Penang, Malaysia. The Portuguese were the first Westerners to trade with Ayutthaya in Thailand in the 16th century. Traders also arrived from India, Japan, the Arab world, England, Holland and France.

The Chinese took their cards with them wherever they travelled and traded in the East, and we find Chinese cards in use not only in the mainland but also in Hong Kong, Malaysia, Indonesia, Taiwan, Singapore, North Borneo and Vietnam.