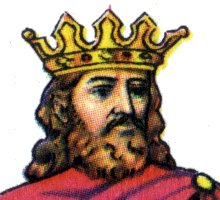 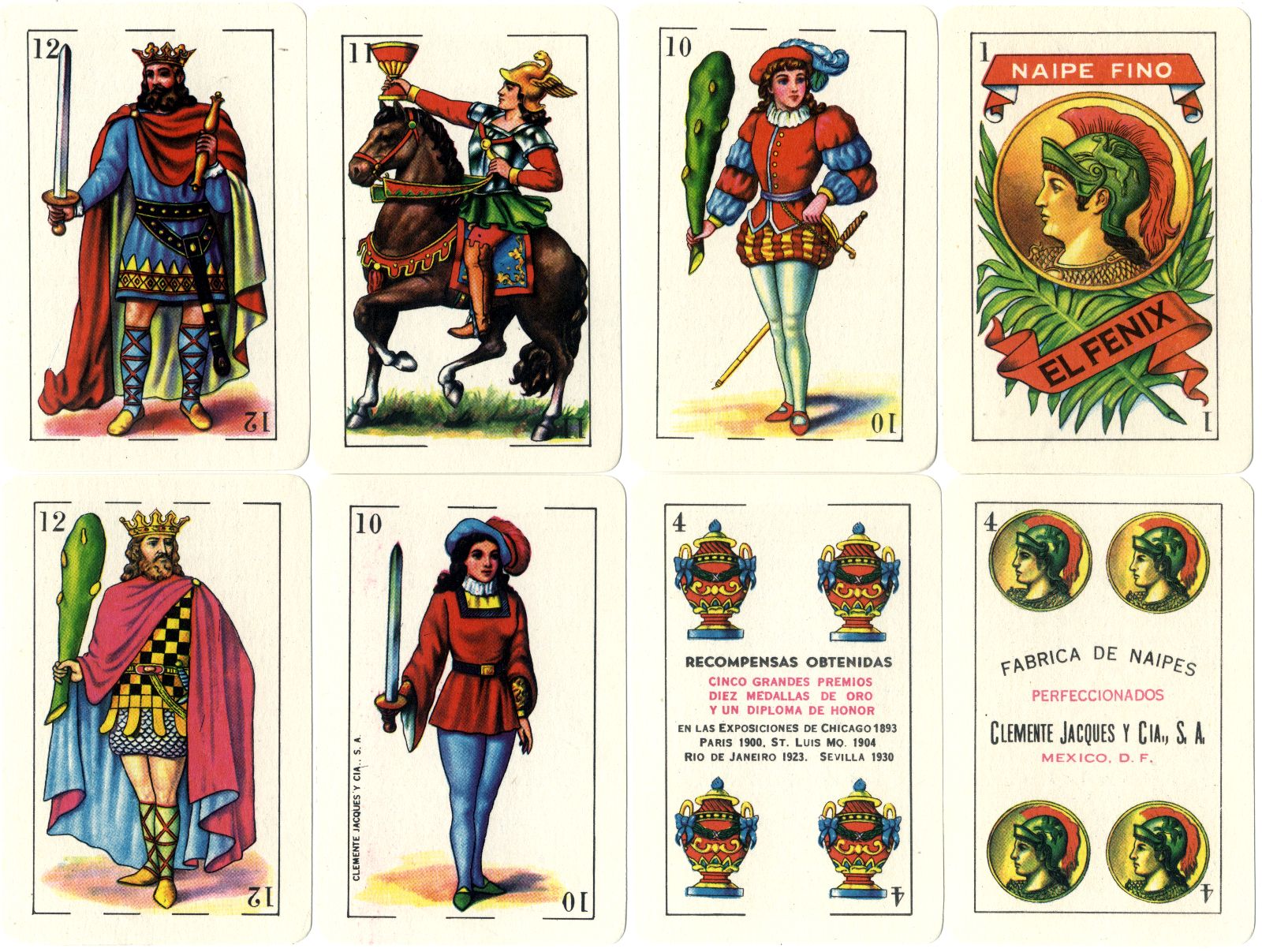 Above: Naipe Fino ‘El Fenix’ by Clemente Jacques y Cia S.A., Mexico, c.1960-70. 40 cards. The manufacturer's name can be read on the Four of Coins and the Pages of Swords and Coins. The manufacturer's address is given on the box as: Oriente 237 No.50, Mexico 9, D.F. This is not the usual address, which was usually F.C. de Cintura 1. 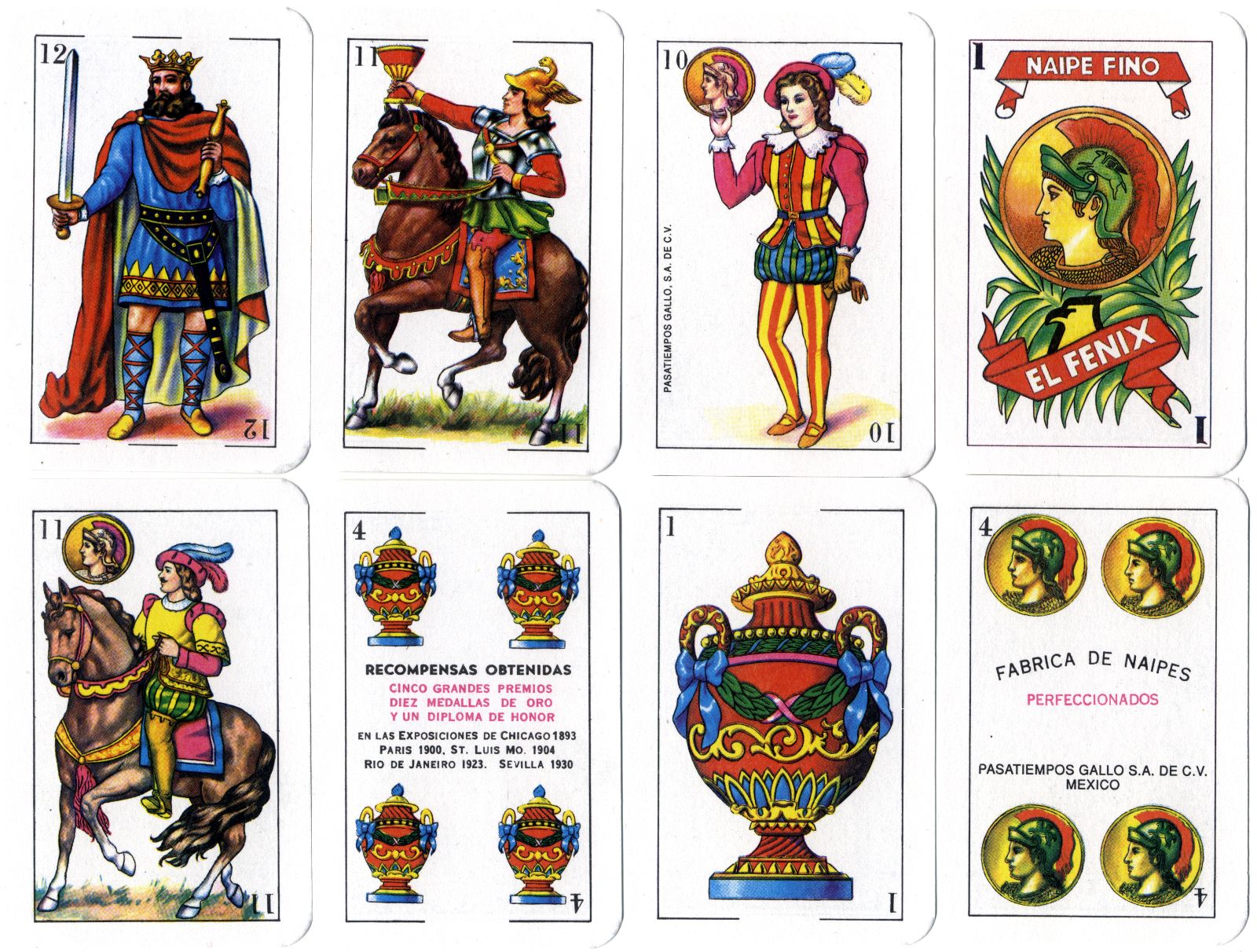 Above: ‘El Fenix’ Spanish-suited playing cards made by Pasatiempos Gallo S.A. de C.V., Mexico, c.2000. 40 cards. Some small details have changed from the above edition but on the whole the designs are the same; the Ace of Coins has the legend ‘El Fenix’ in white with a bird's head above. The index number ‘1’ on the Ace of Coins is in a larger font size. The manufacturer's name can be read on the Four of Coins and the Pages of Swords and Coins. “In der Fuehrer’s Face” playing cards designed in 1945 by Antonio Arias Bernal, a Mexican artist, but not published until 2002.

Two colourful Mexican packs by an anonymous manufacturer titled “As Vencedores” on the ace of coins, designed in the Mexican style, based on the Spanish ‘Castilian’ pattern. “Baraja Hispanoamericana” published by Asescoin, with artwork by Ortuño, illustrates memorable people from the discovery, colonisation and subsequent liberation of Hispanic America A continuation of the survey of designs used in Central and South America. The designs of Mayan artists shown here give a general idea of their enormous artistic and cultural potential. 40-card Spanish-suited woodblock and stencil pack made in Mexico by Bartolo Borrego, 1836.