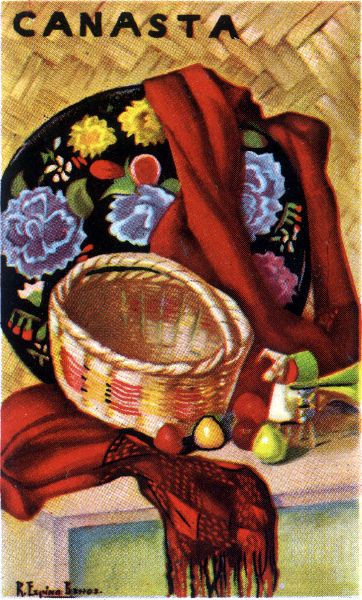 The backs of this double boxed set for Canasta feature a still life painting by the distinguished Mexican artist Ramón Espino Barros (1918-2000). The cards were printed by Clemente Jacques y Cia., S.A., Mexico in c.1950.

Below: the Ace of Spades has the monogram 'CJ' with a small cockerel's head above. Similar cards of the standard Anglo-American type were subsequently published as 'Naipes Cassino' by Pasatiempos Gallo S.A. 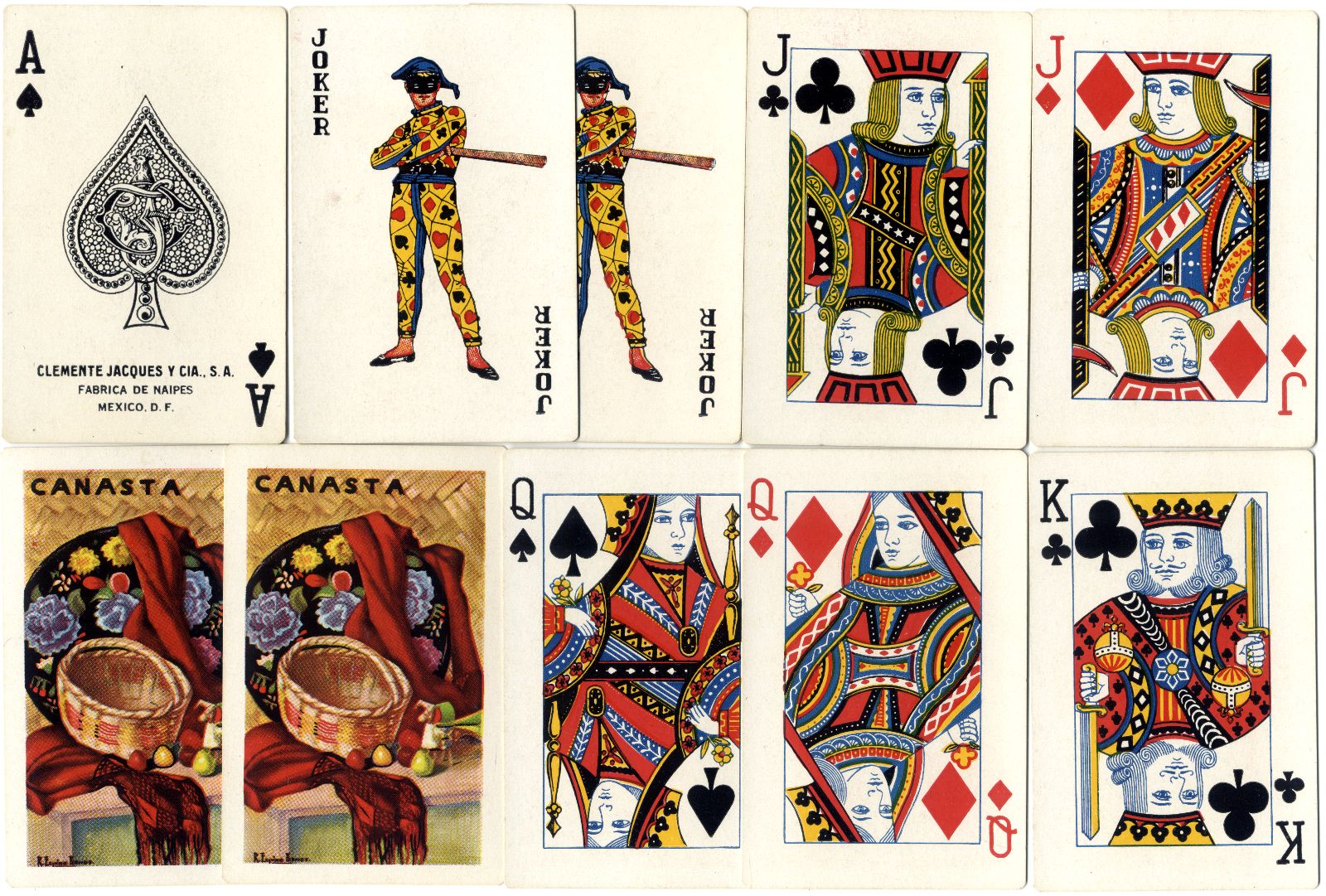 Above: double Canasta set with painting by Ramón Espino Barros (born in Jalapa, Veracruz, 1918) on the reverse. Espino Barros is known as a painter of bullfight scenes and Mexican themed paintings. He died in 2000. OBD Playing Cards made in Peru