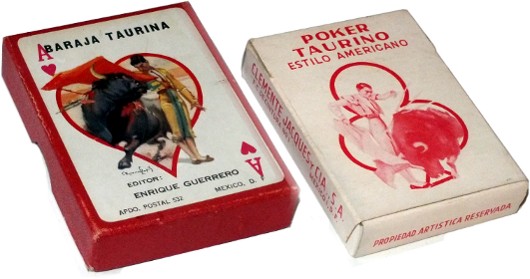 Baraja Taurina first edition was published by Enrique Guerrero (printed by Offset-Latina, Mexico, c.1949) in red or blue hard boxes. Subsequently published as Poker Taurino by Clemente Jacques y Cia, S.A. in cardboard tuck boxes.  In both cases the oil paintings are by Carlos Ruano Llopis (1878-1950), a Spanish bull-fight artist from Valencia who had emigrated to Mexico during the Spanish Civil War. There have been some changes in the design details over the years, notably the manufacturer's details printed on the Joker and King of Hearts and the reverse. A Spanish-suited version is shown below. 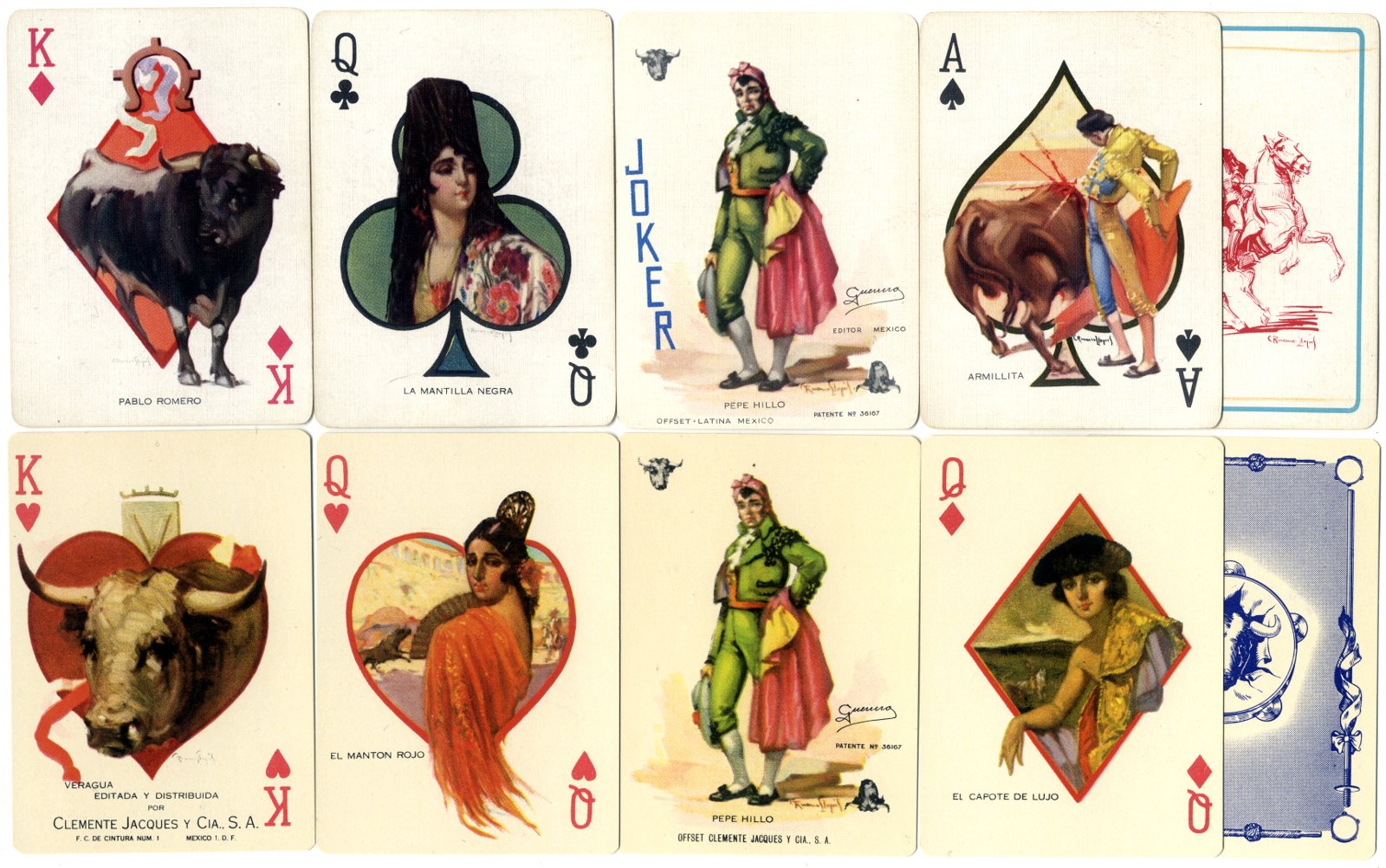 Above: two editions of Baraja Taurina (and Poker Taurino) published by Enrique Guerrero and Clemente Jacques y Cia respectively. There appears to be an unfortunate typographical error on the Queen of Diamonds.