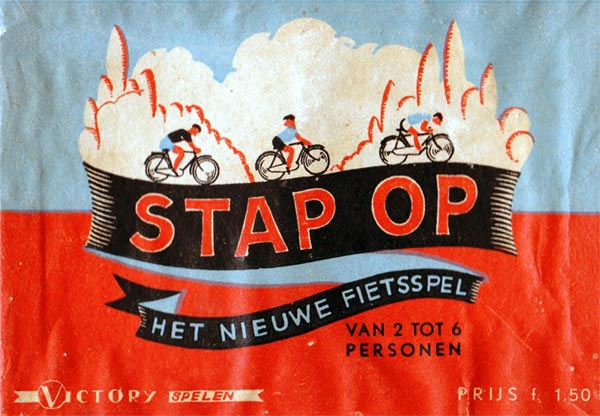 Stap Op (Step Up) by Penco for Victory Spelen 1945. A clone of Parker’s Touring except the Dutch have to do it all on a bicycle. The game was written about in the legendary “Het Spel” magazine which only lasted for 3 issues in 1993. Stap Op was reviewed by Gejus van Diggele in issue 2► 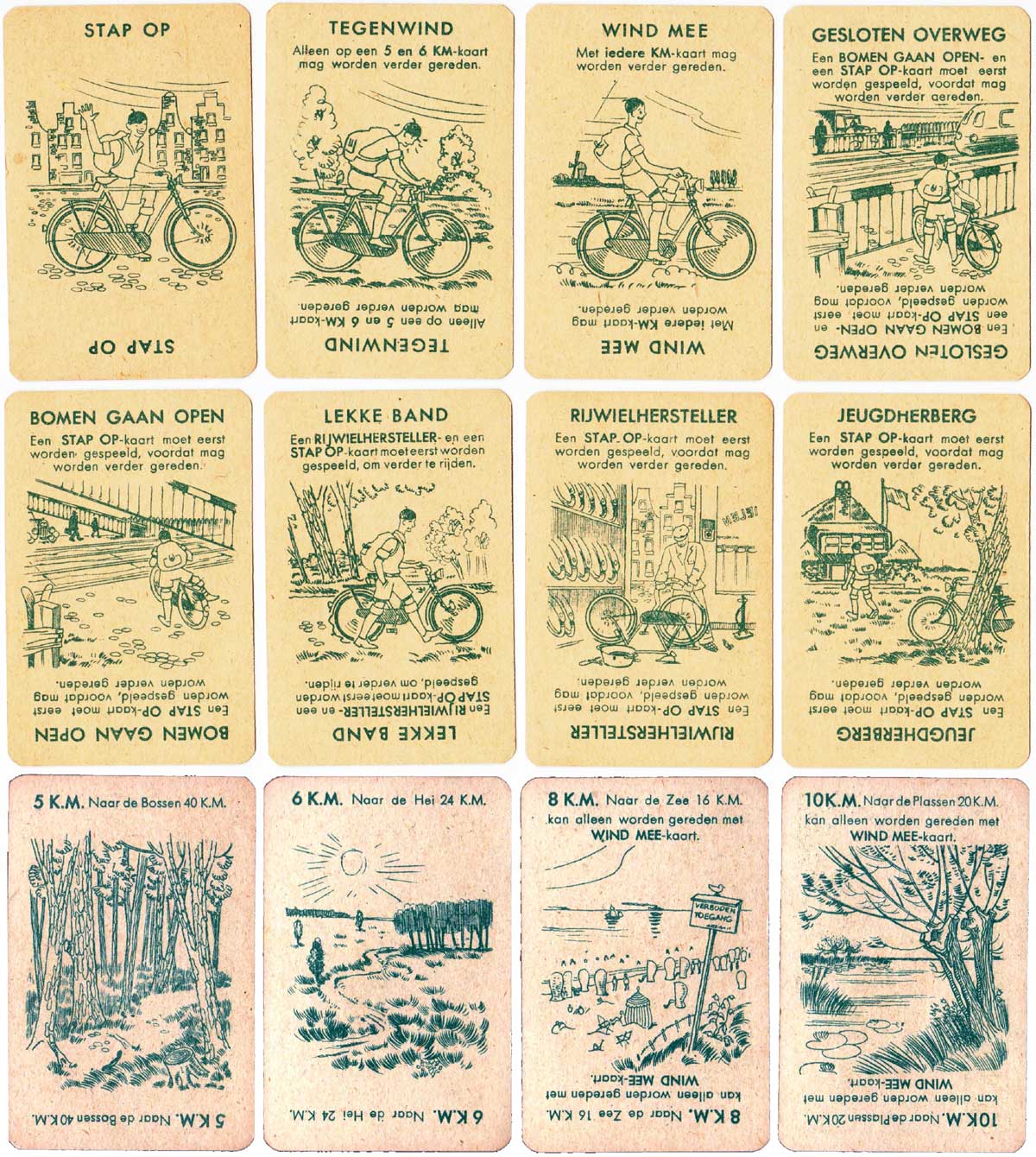 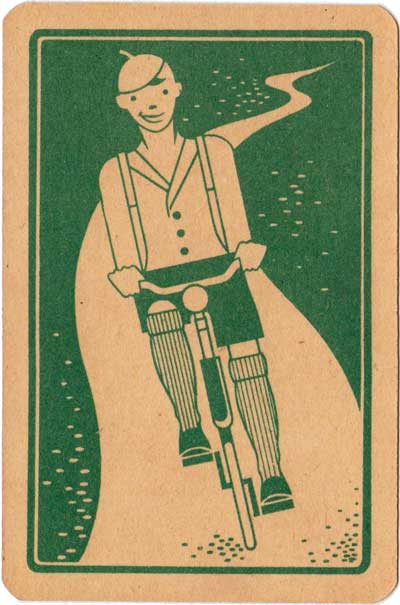 Above: Stap Op by Penco for Victory Spelen 1945. 100 cards + rules in box. I understand the the game has survived until fairly recently so I hope those packs were made from a better quality card – this board is very coarse.