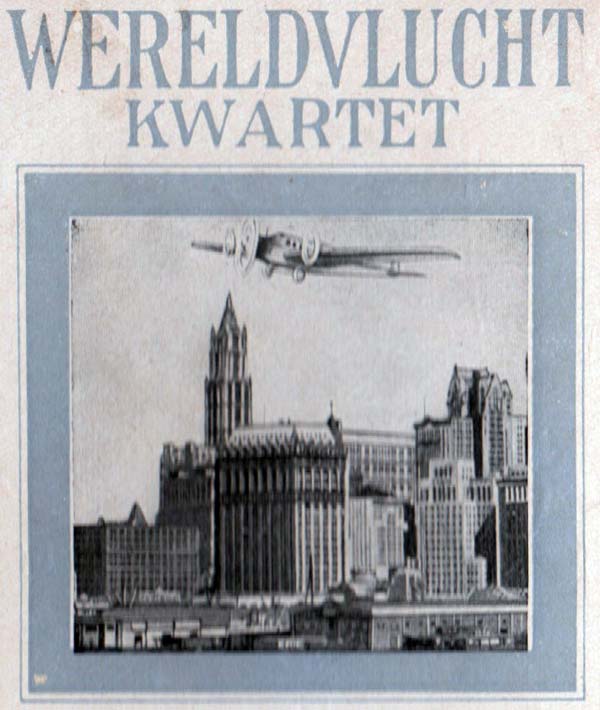 Published in 1933 this game celebrated the burgeoning passenger services by air around the world. Most of the new airlines, wherever they were based, were using one of two aeroplanes. The Dutch designed Fokker F VII, nicknamed Fokker Trimotor, was taken to the USA in 1925 to compete in the Ford Reliability Trials and won. This resulted in orders for these aeroplanes by the American airlines. The machine was built with a canvas covered steel tube fuselage and the wings were wooden with a plywood skin and it was powered by three engines; one in each wing and a third on the nose. It could carry 8 -12 passengers and it must have been awful to travel in. The alternative was the Ford Trimotor built almost entirely of metal with a similar engine arrangement. In 1931 when the Fokker had the majority of the market in its pocket there was a serious accident resulting in the death of the Notre Dame Football coach Knute Rockne and when this was blamed on the rotting wooden wing of the Fokker Trimotor in which he was flying the airliner industry was quick to change over to the Ford Trimotor. The rapid advances in aeroplane design, however, meant that by the mid 1930’s this style of machine was quickly outdated.

Spears “Weltflug Quartette” was produced in German, Dutch and English versions and may well have been produced in other languages too. The version illustrated is the Dutch version called “Wereldvlucht Kwartet” and set A is specifically for the Dutch market with pictures of a flight over Holland. Also the set K is a flight to the Dutch East Indies for the benefit of Dutch players. Lieutenant G Koppen carried out trial flights to Batavia (now Jakarta) in the Dutch East Indies in 1927 in a Fokker Trimotor to test the suitability for a KLM regular route. His flight out took 10 days and the return flight took 12 days. Illustrated below is a Map of the route that was eventually established. 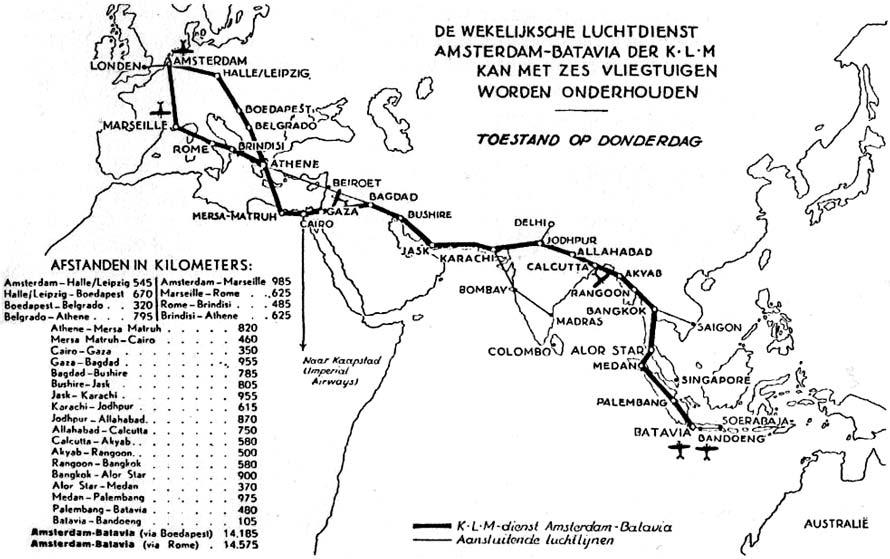 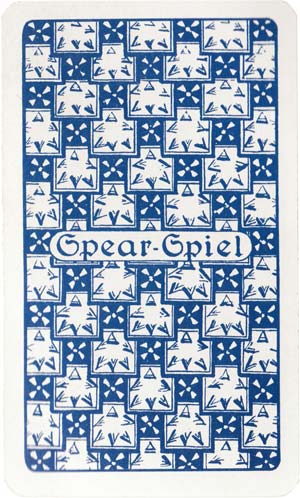 Above: the back design. All images courtesy Rex Pitts.