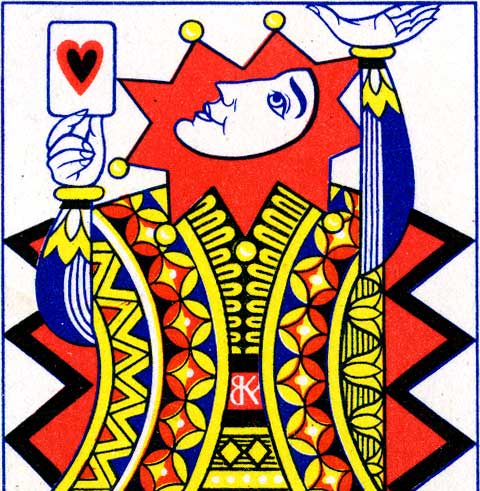 Franciszek Bunsch was assistant professor in the Cracovian Academy of Fine Art.

Bunsch studied painting and graphics at the Academy of Fine Arts in Krakow and graphics at the Akademie Výtarných Umeni in Prague. During the 1950s, 60s and 70s he designed packs of playing cards for the Krakowskie Zaklady Wyrobów Papierowych (KZWP) state playing card factory. His designs followed traditions of Polish folklore painting and showed traditional costumes from different parts of the country. He also designed packs with historic personalities. 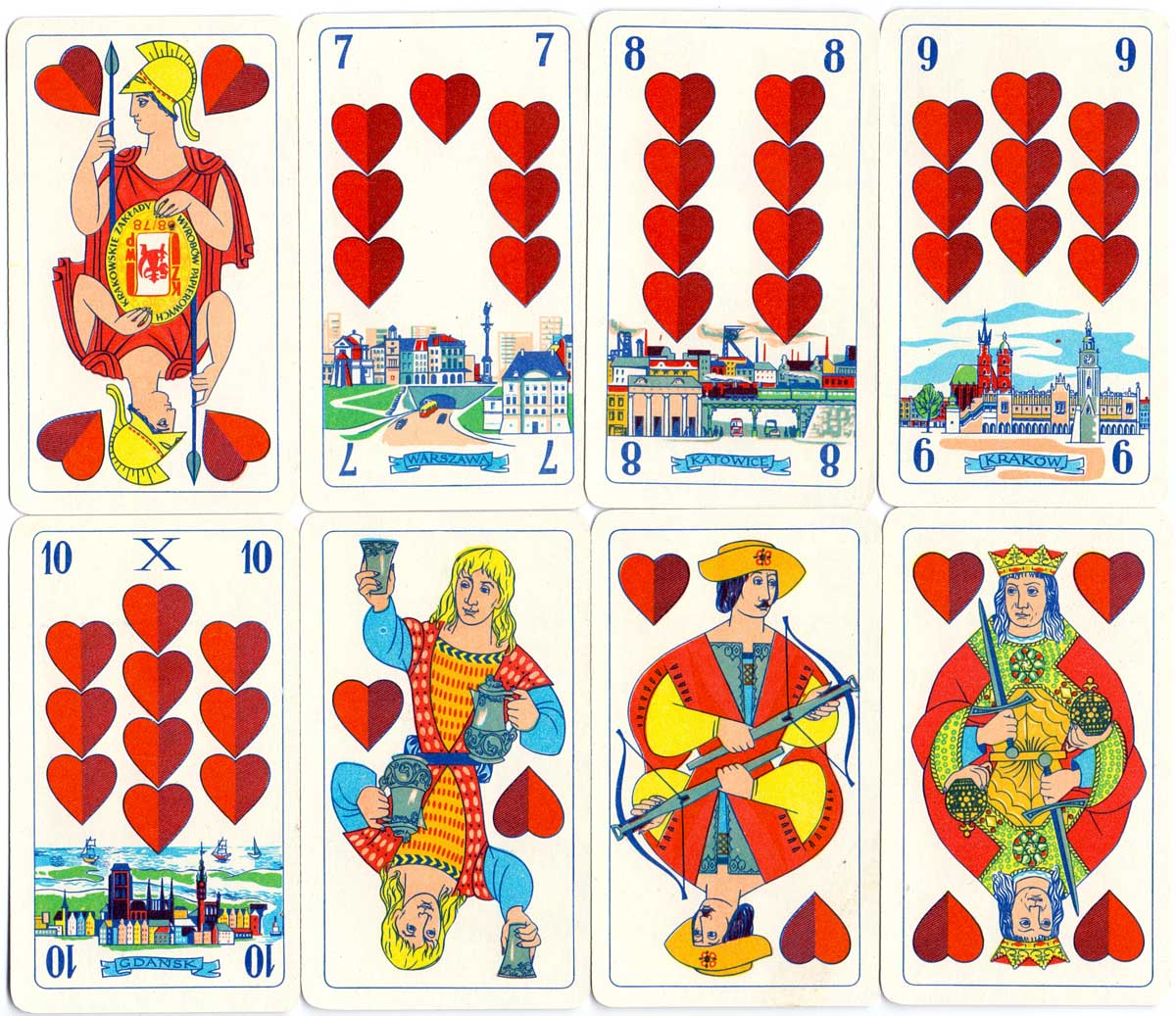 Above: cards from a 32-card German-suited Skat pack designed in 1963 which is based loosely on the German 'Prussian' style   see more→

Above: Joker and three court cards from a standard Anglo-American deck based on Goodall designs by Franciszek Bunsch for KZWP, c.1965. Bunsch's monogram can be seen at the centre of the Joker. A two-colour version Communist-era 'Biwak' patience set is shown below, with the retail price printed as 70 zloty + 3 zloty. See the same court cards used in Cardiology Trials deck→ 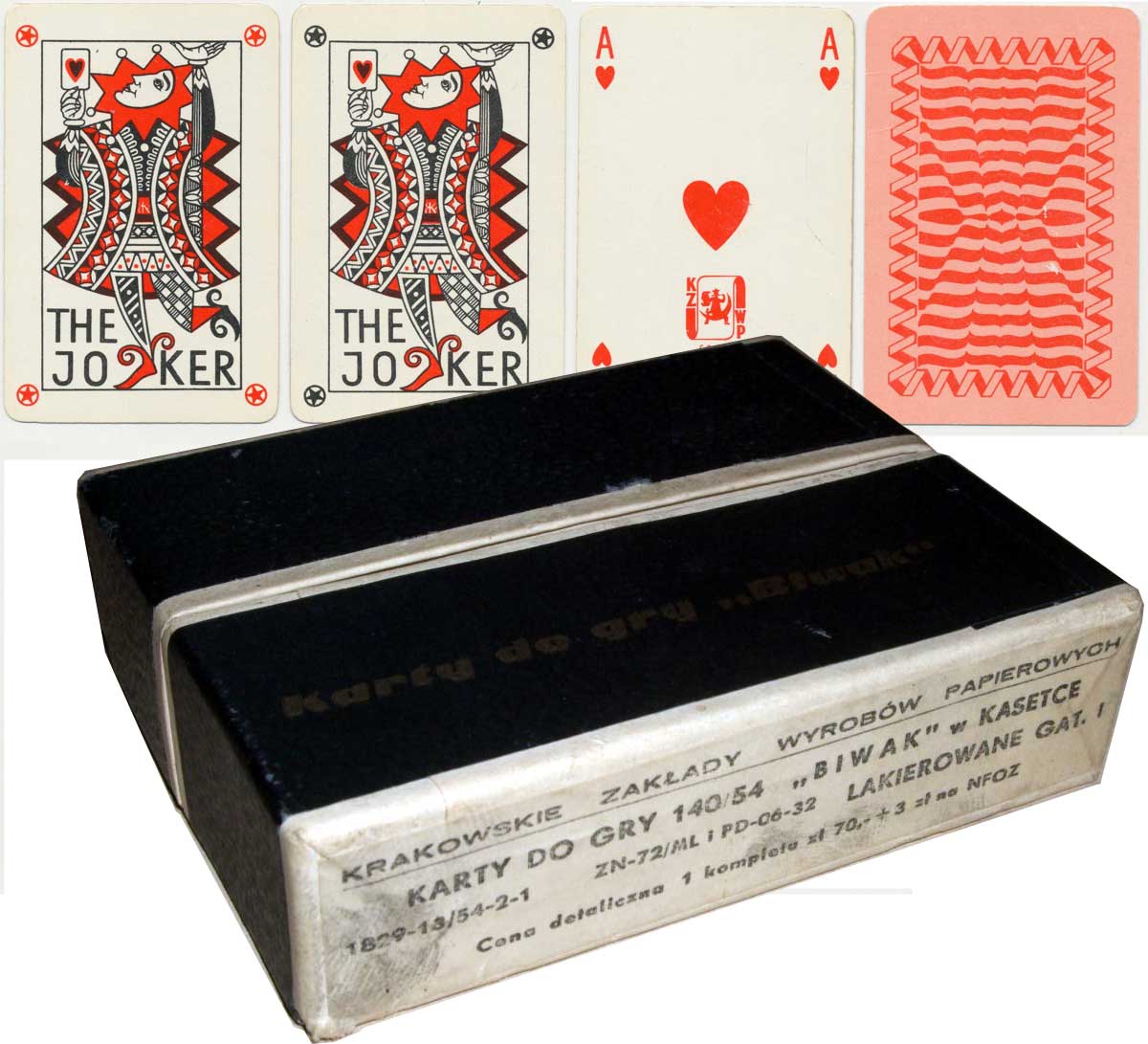