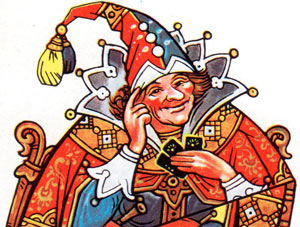 These brightly coloured and poetic designs by Pavel Bazhenov were first published by the the Colour Printing Plant (1817-2004) in St. Petersburg in 1937 as “Black Palekh”, with black backgrounds, for the World Exhibition in 1937, and reprinted in 1967 for the 150th anniversary of the Leningrad/St. Petersburg playing-card factory. The “White Palekh” (Palekh = miniature painting, lacquer art) version shown here was first issued in 1982. It has gold overprinting which does not show up well in scans. The four Jacks are depicted as horsemen. 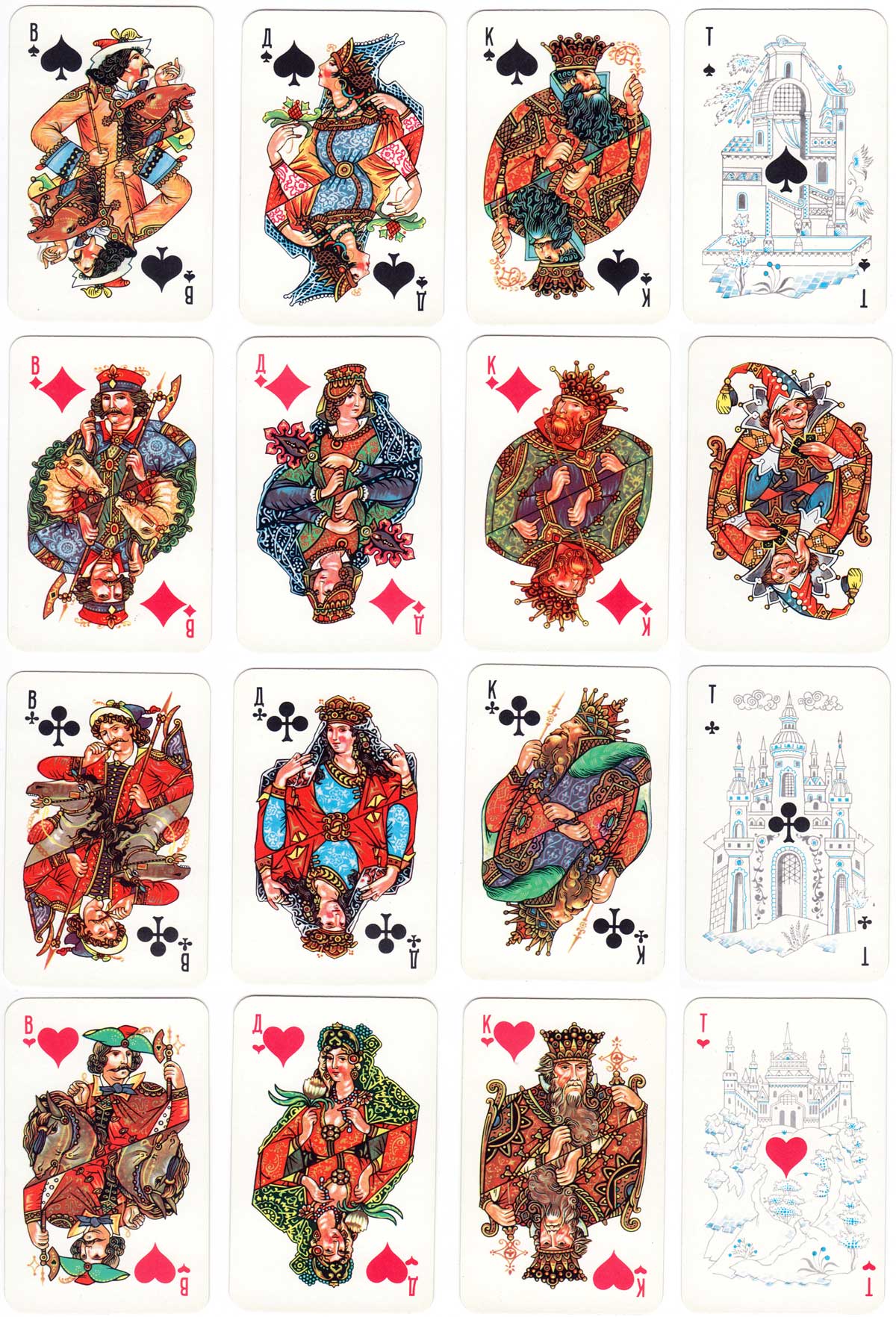 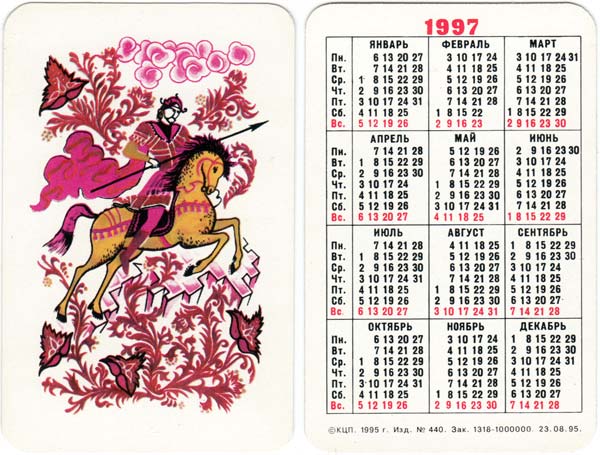 Above: “White Palekh” playing cards, modern edition published in 1995. A selection of alternative back designs are known. A “Palekh” miniature is a Russian folk handicraft of miniature painting, which is done with tempera paints on varnished articles made of papier-mâché (small boxes, cigarette and powder cases etc.). Images courtesy Rex Pitts.