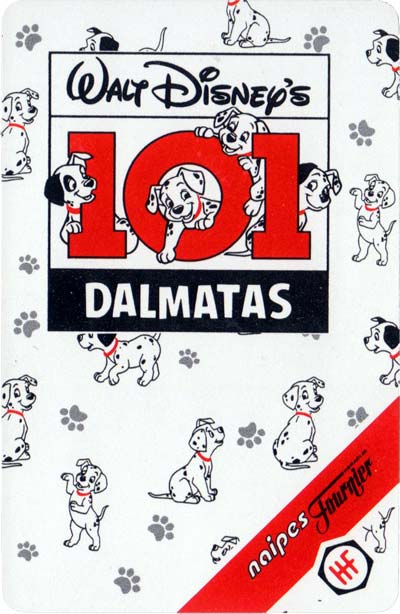 101 Dalmatas card game by Naipes Fournier, 1995. The game is based on the animated movie about a litter of Dalmatian puppies which is abducted by Cruella de Vil who wants to make herself a new dalmatian skin coat. In spite of Cruella’s sociopathic intentions, it is almost a horror movie, but filled with so many laughs you have to love it. In the end the evil doers are punished and the cute puppies are safe. See the Box►

The game contains four suits (colours) numbered 1 - 8 and is played as in Seven and a Half. See the Rules► 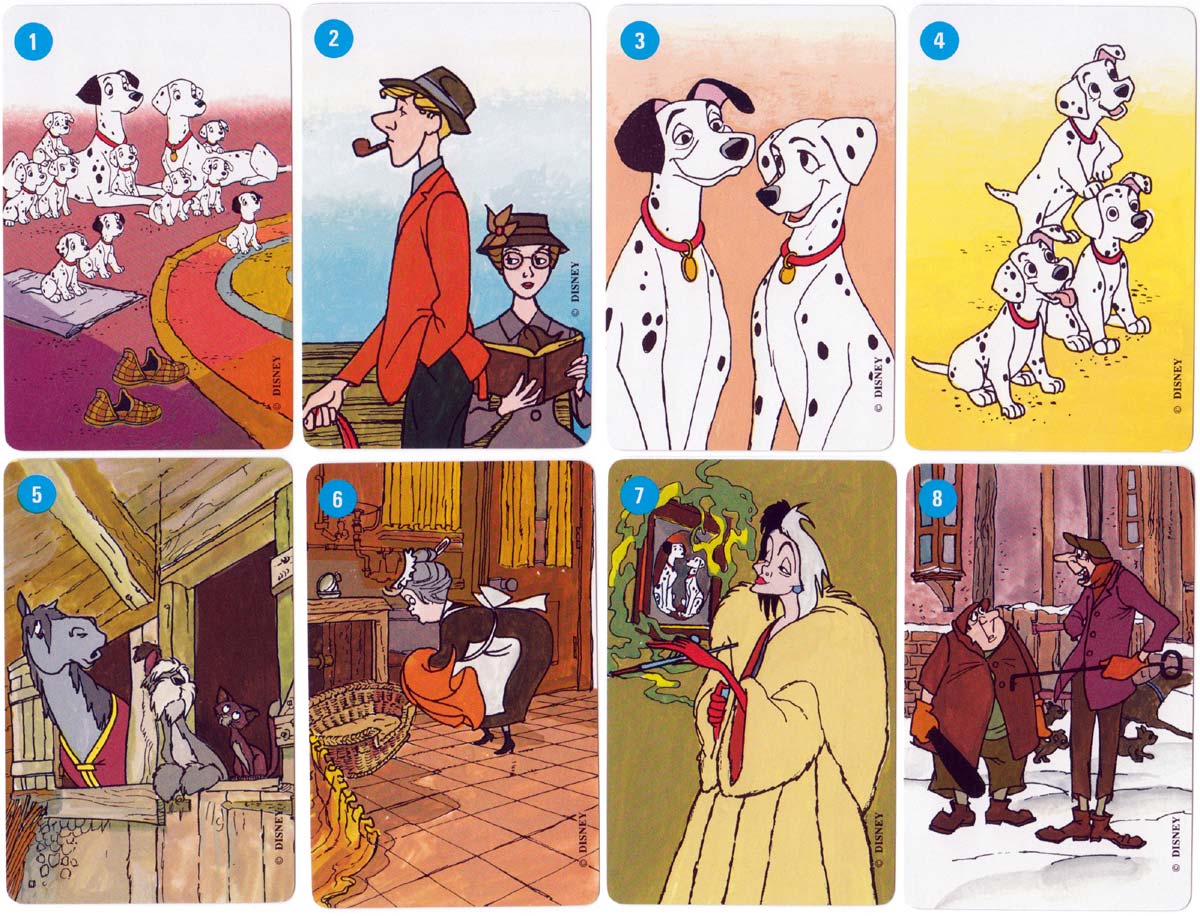 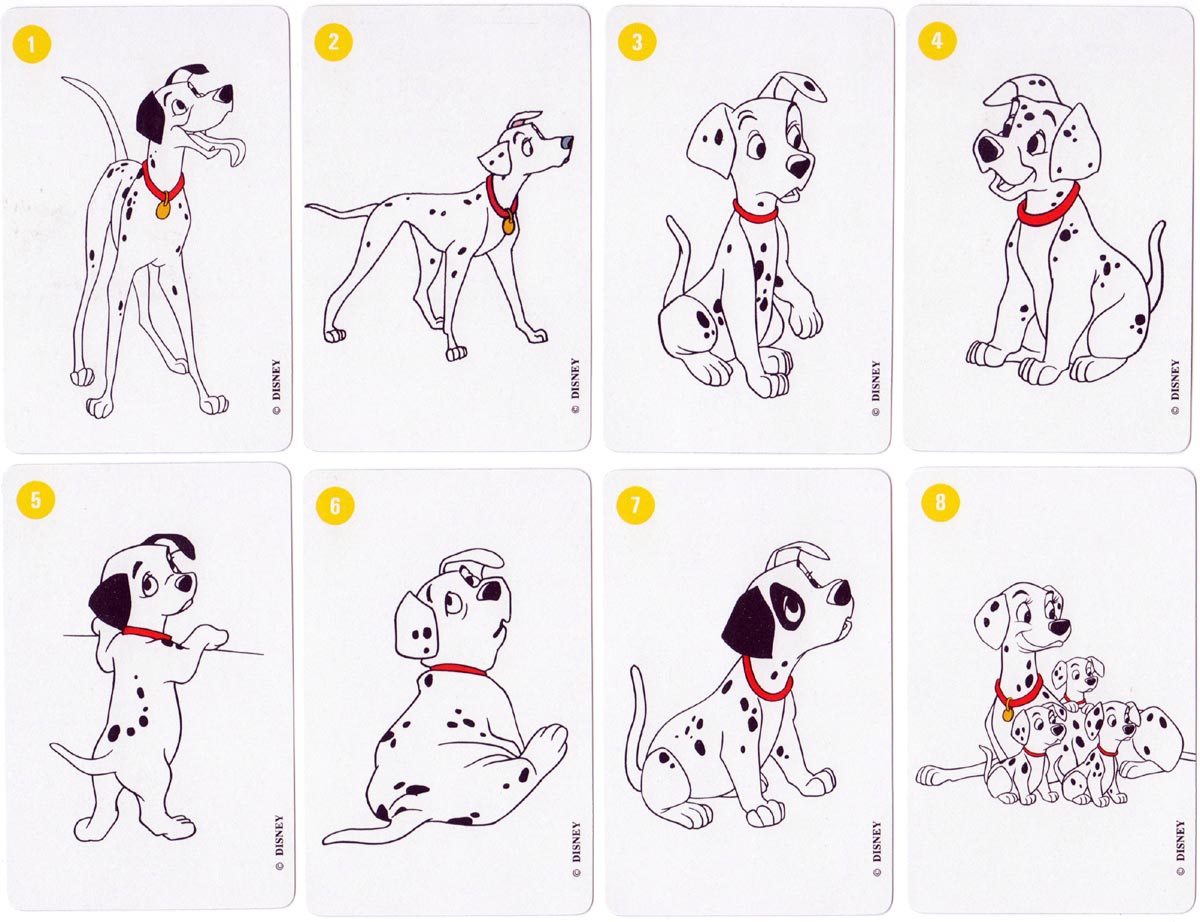 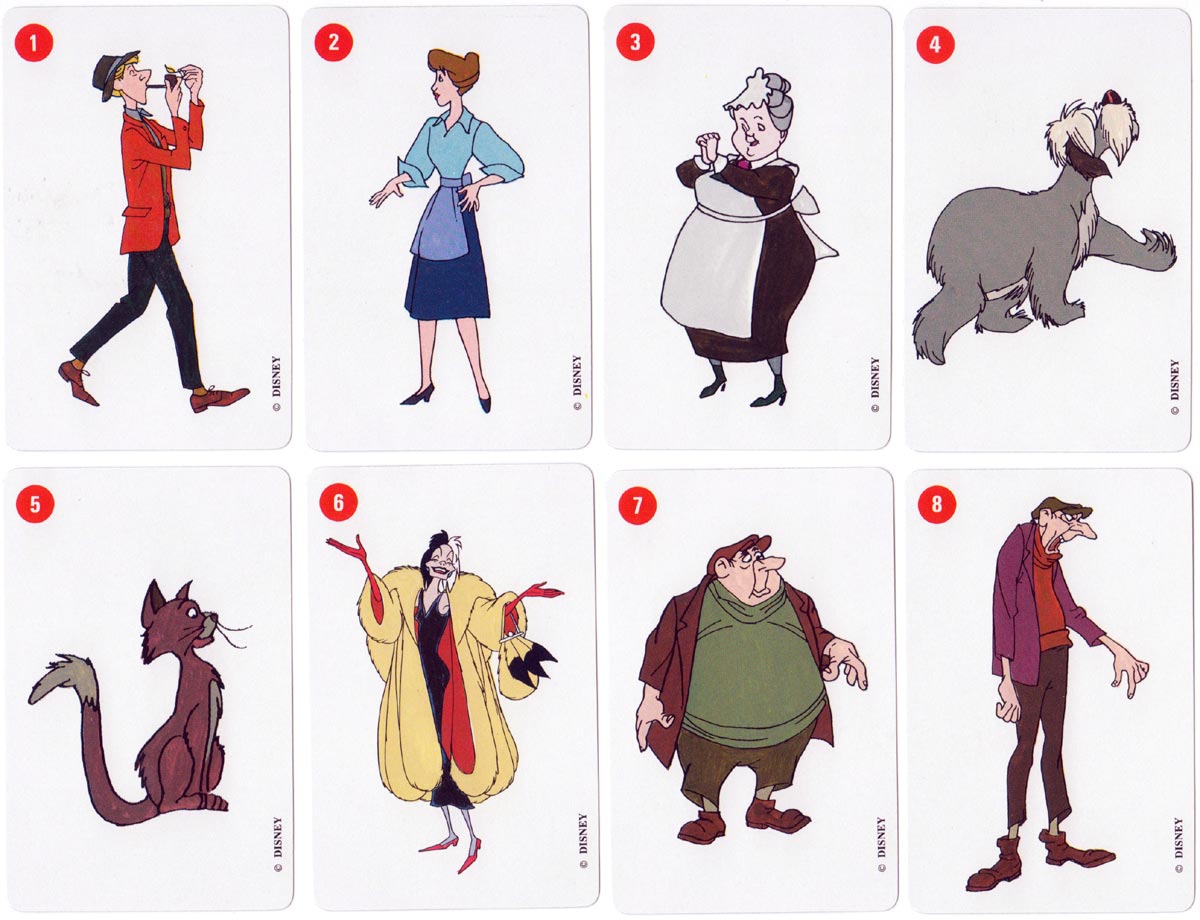 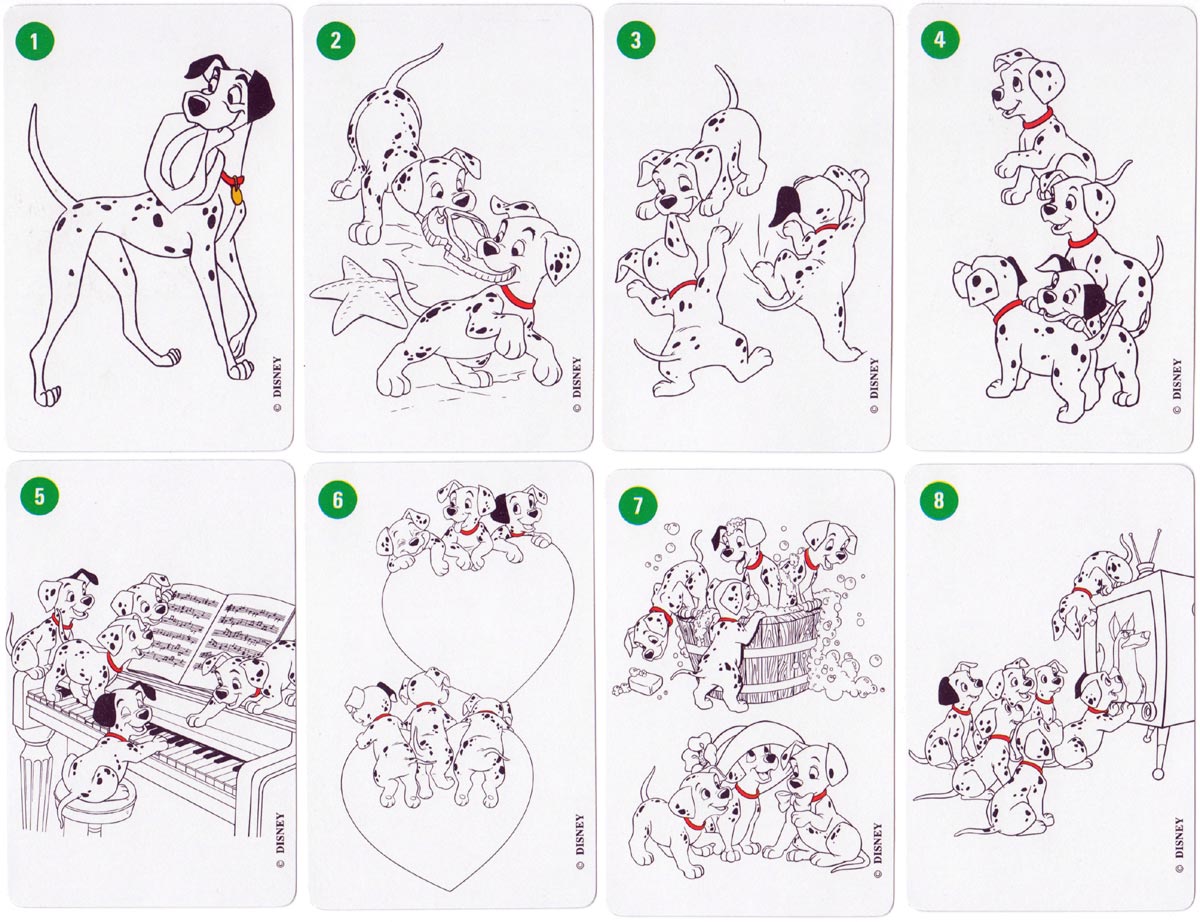