Blancanieves y los Siete Enanitos (Snow White and the Seven Dwarfs) card game was published by Heracliio Fournier in 1992. The story is based on the German fairy tale by Brothers Grimm which was also the subjecct of an animated fantasy film produced by Walt Disney Productions in 1937, which was re-released on Spanish TV in 1992. See the Box► 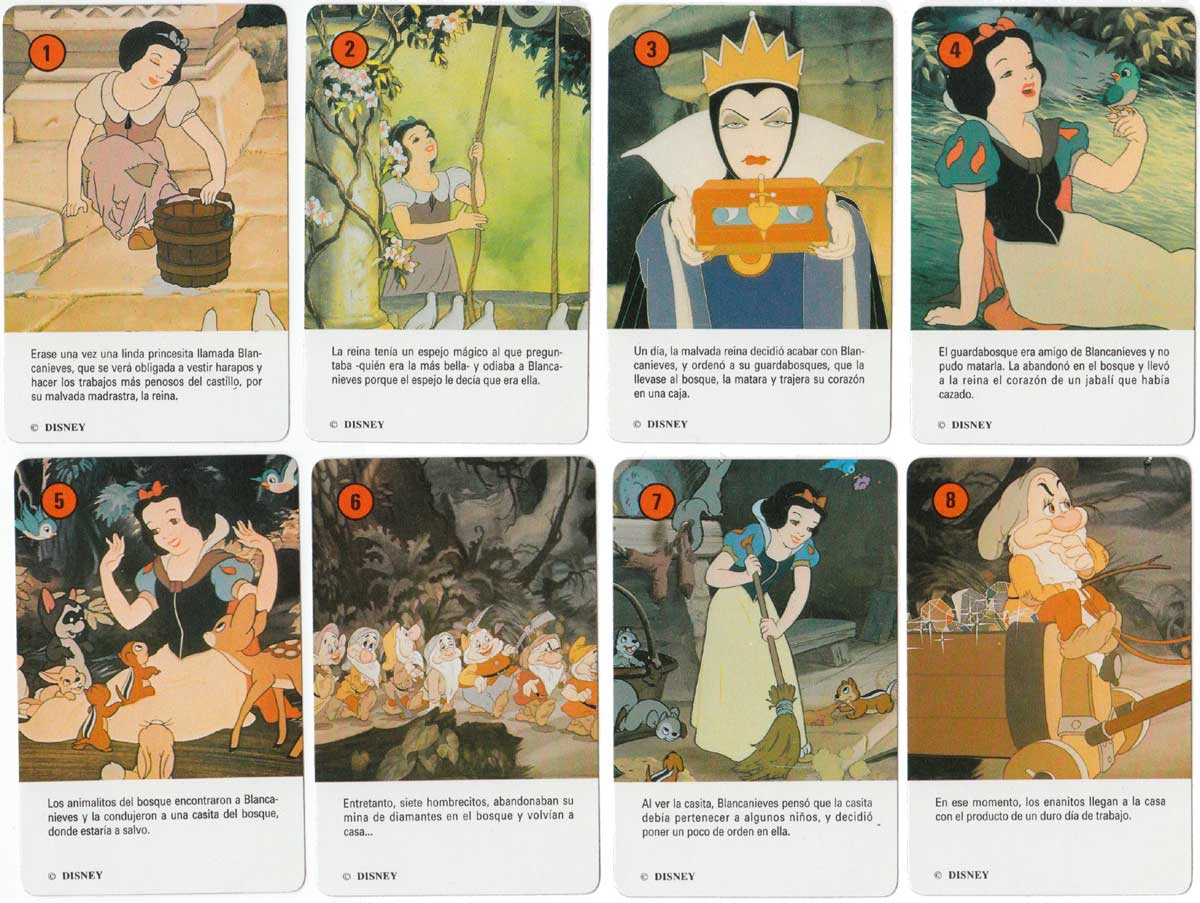 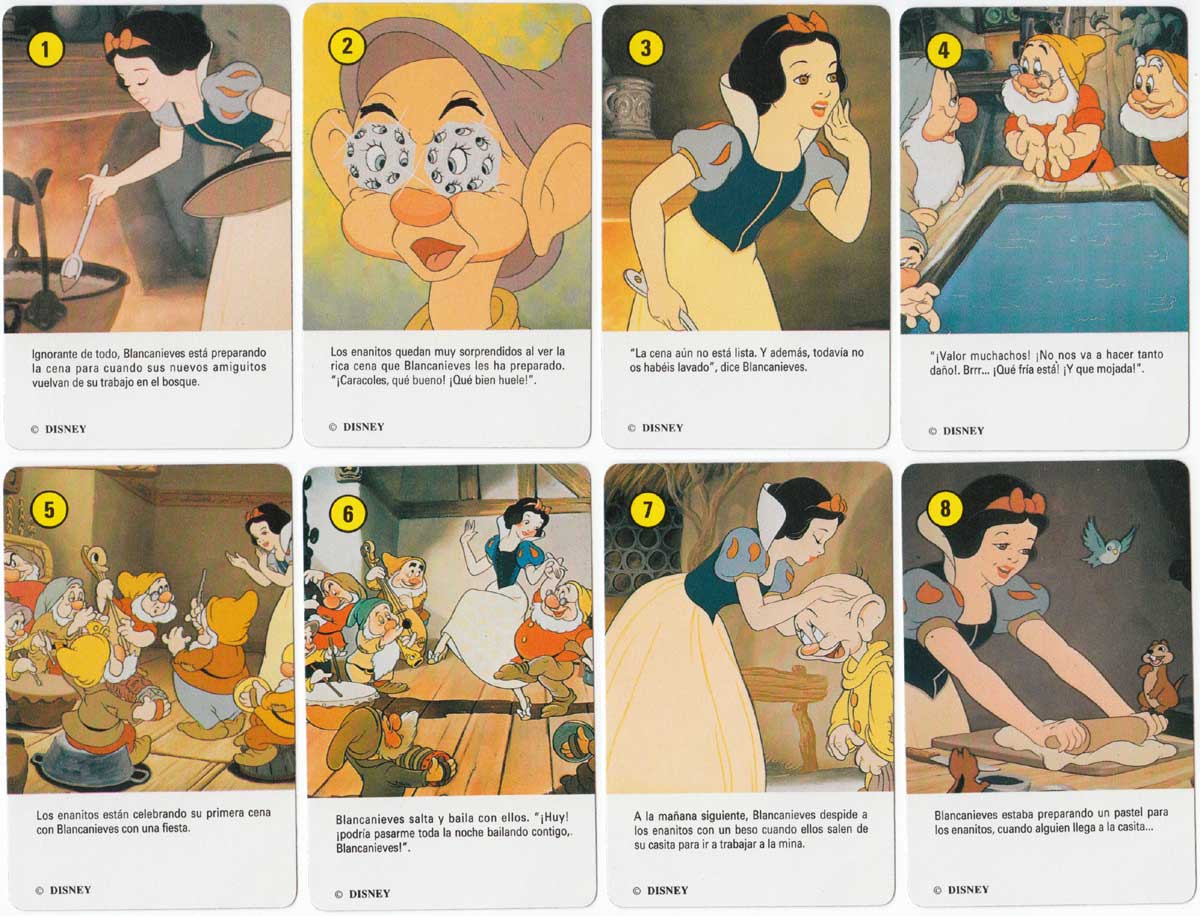 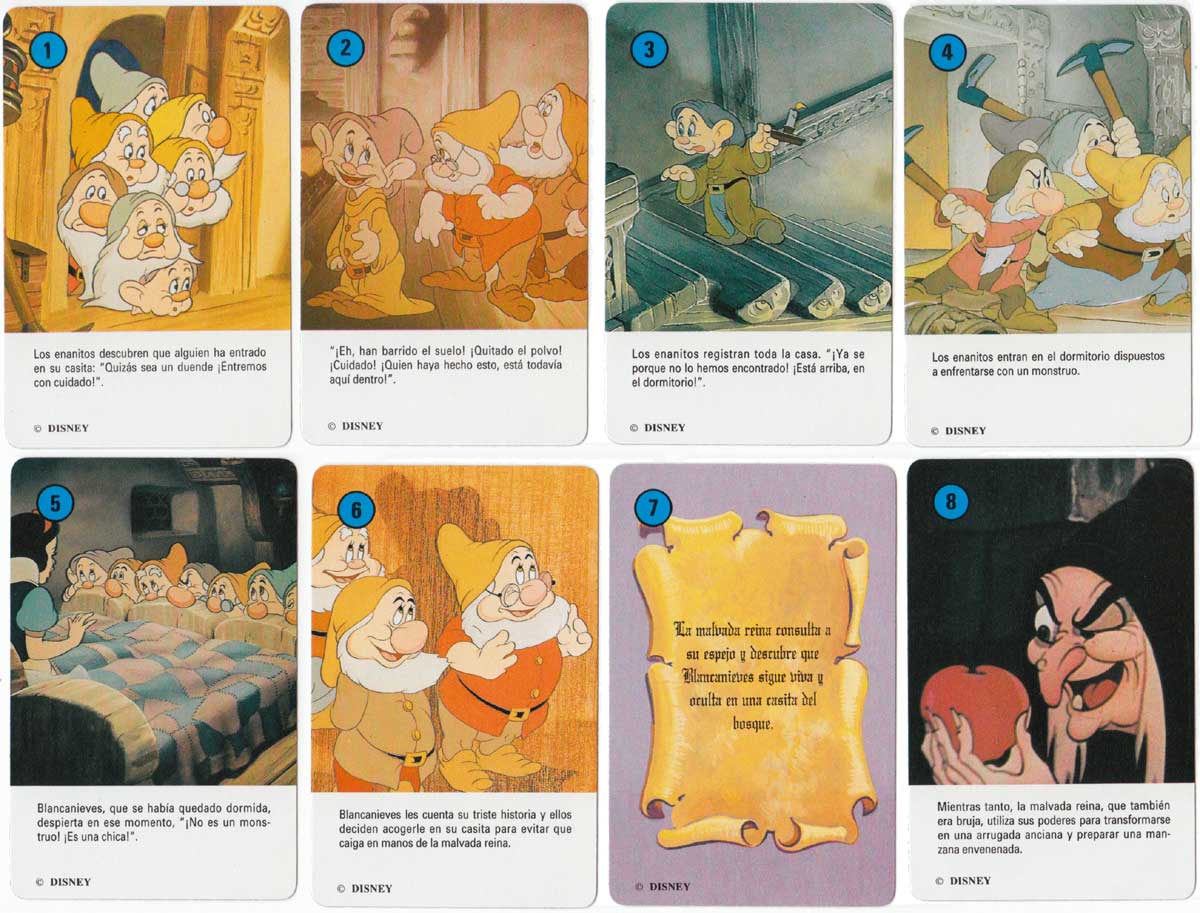 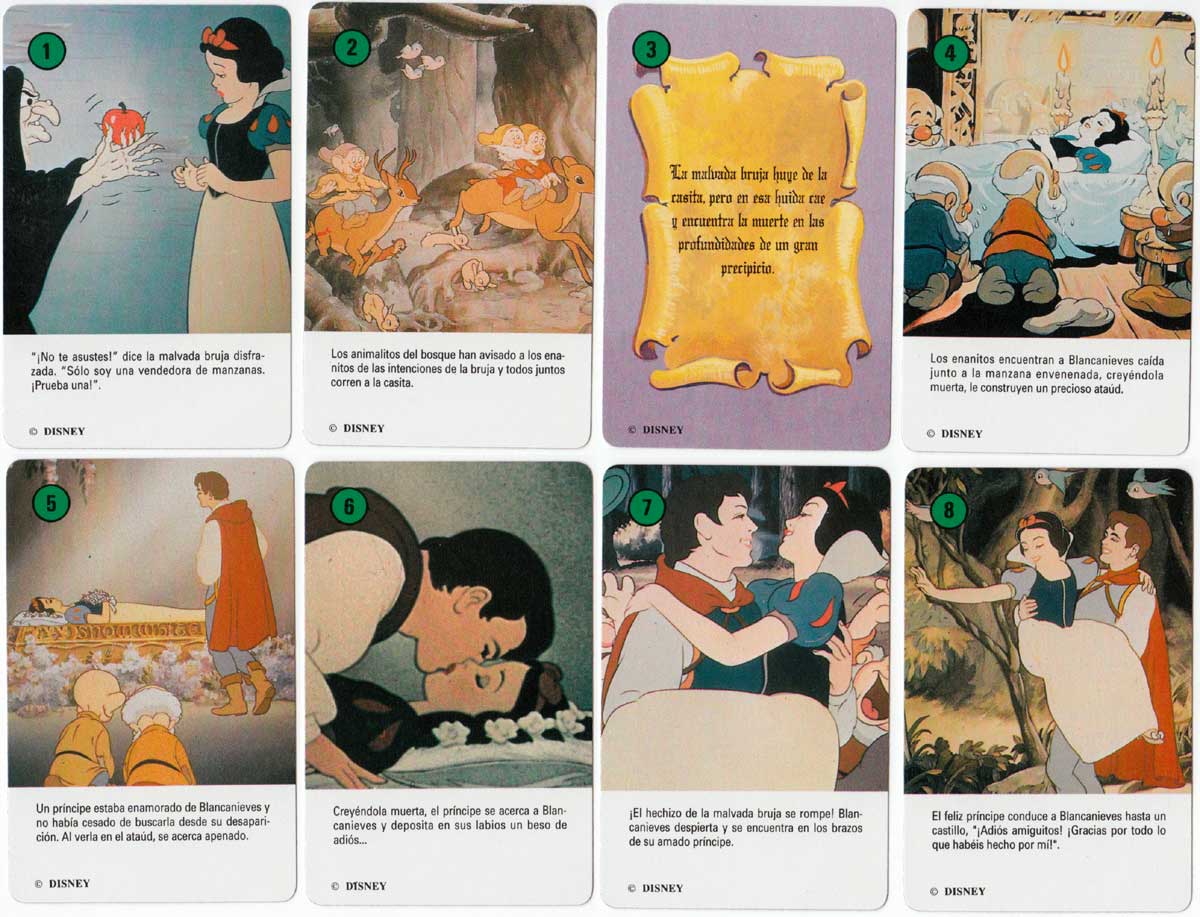 Above: Blancanieves (Snow White) card game published by Heracliio Fournier, 1992 (in versions with or without white borders). 32 cards + rules in box. From the collection of Rex Pitts.