Cinderella card game, based on the Walt Disney animated film, was published by Pepys Games in 1954. Cinderella stands no chance of attending the royal ball until her fairy godmother appears and magically makes her dream come true... See the Box► 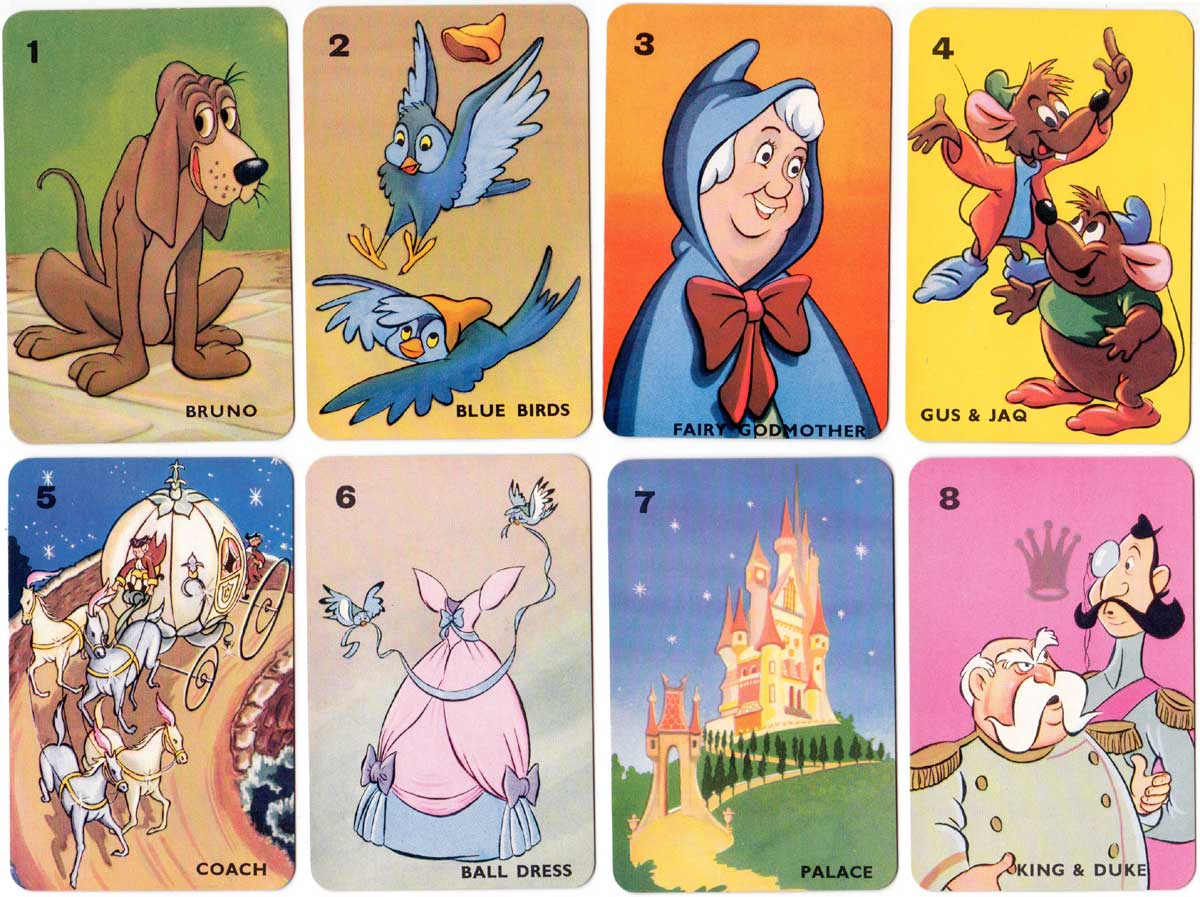 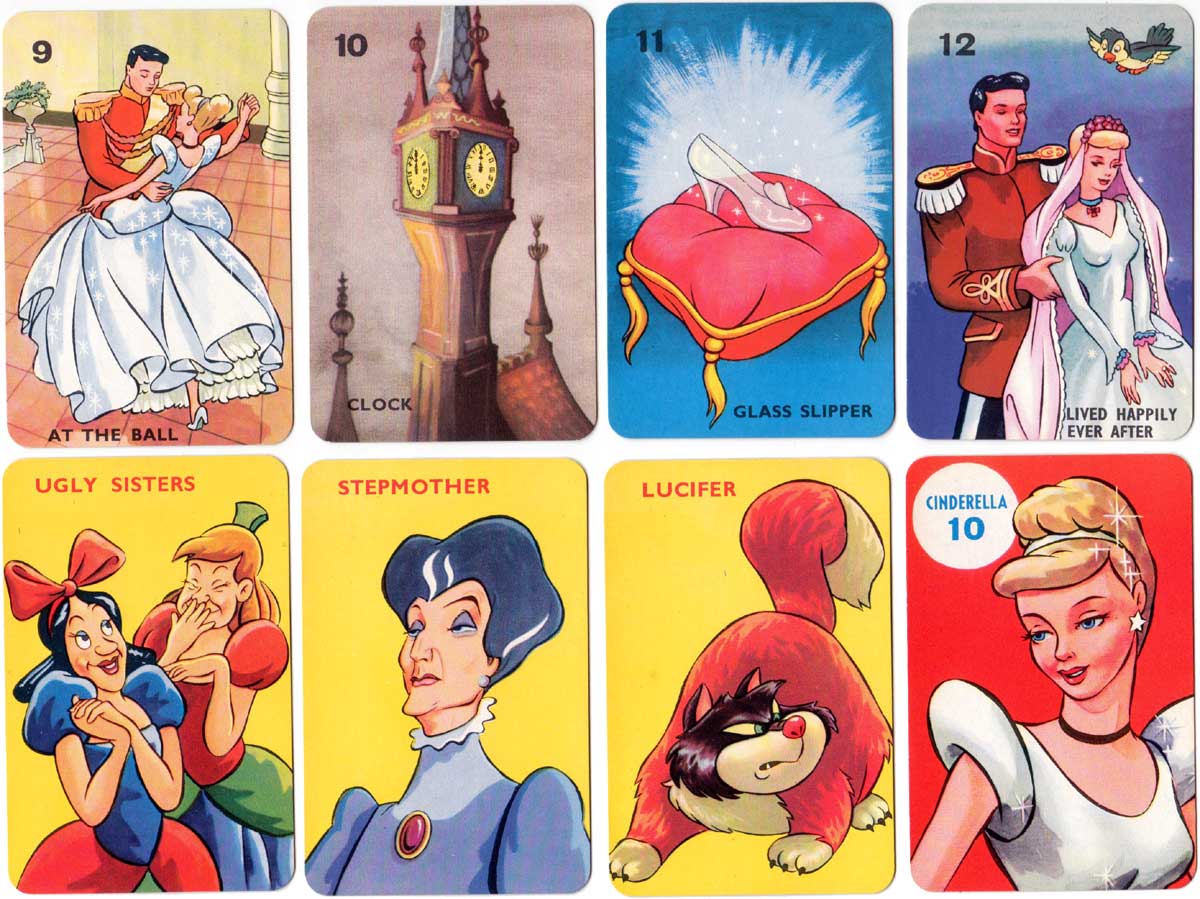 Above: Cinderella card game based on the Walt Disney film, published by Pepys Games, 1954. 44 cards in box + rules booklet. From the collection of Rex Pitts. 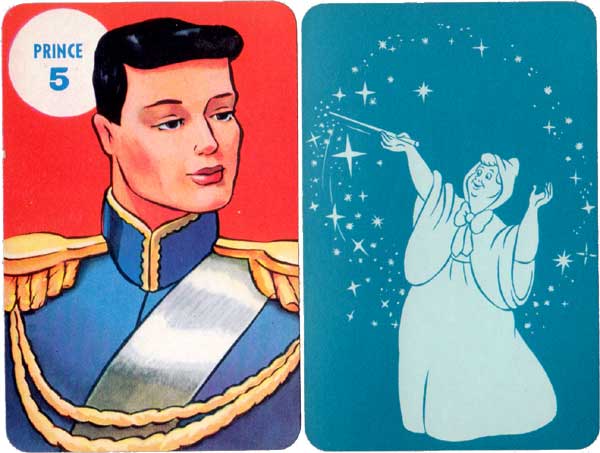