Hercules card game published by Herclio Fournier, 1997, based on the animated musical fantasy film produced by Walt Disney Feature Animation for Walt Disney Pictures. The film is loosely based on the legendary hero Heracles (known in the film by his Roman name, Hercules), the son of Zeus, in Greek mythology  more →

The object of the game is to collect pairs. See the Rules► 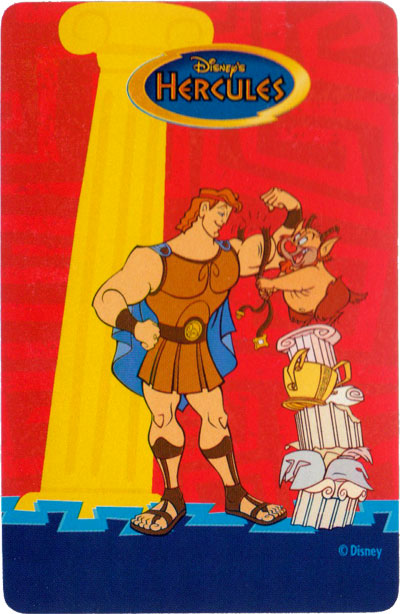 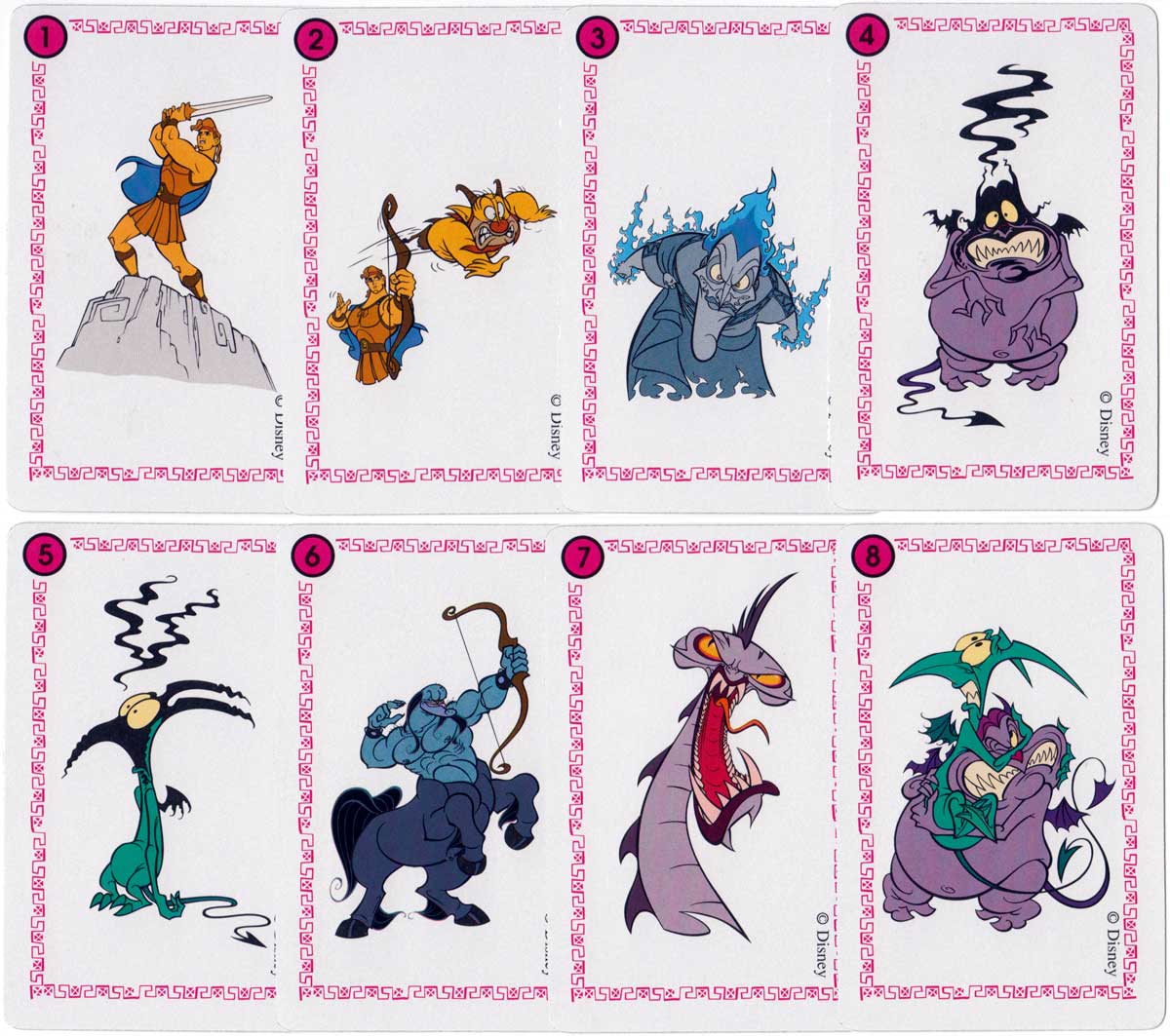 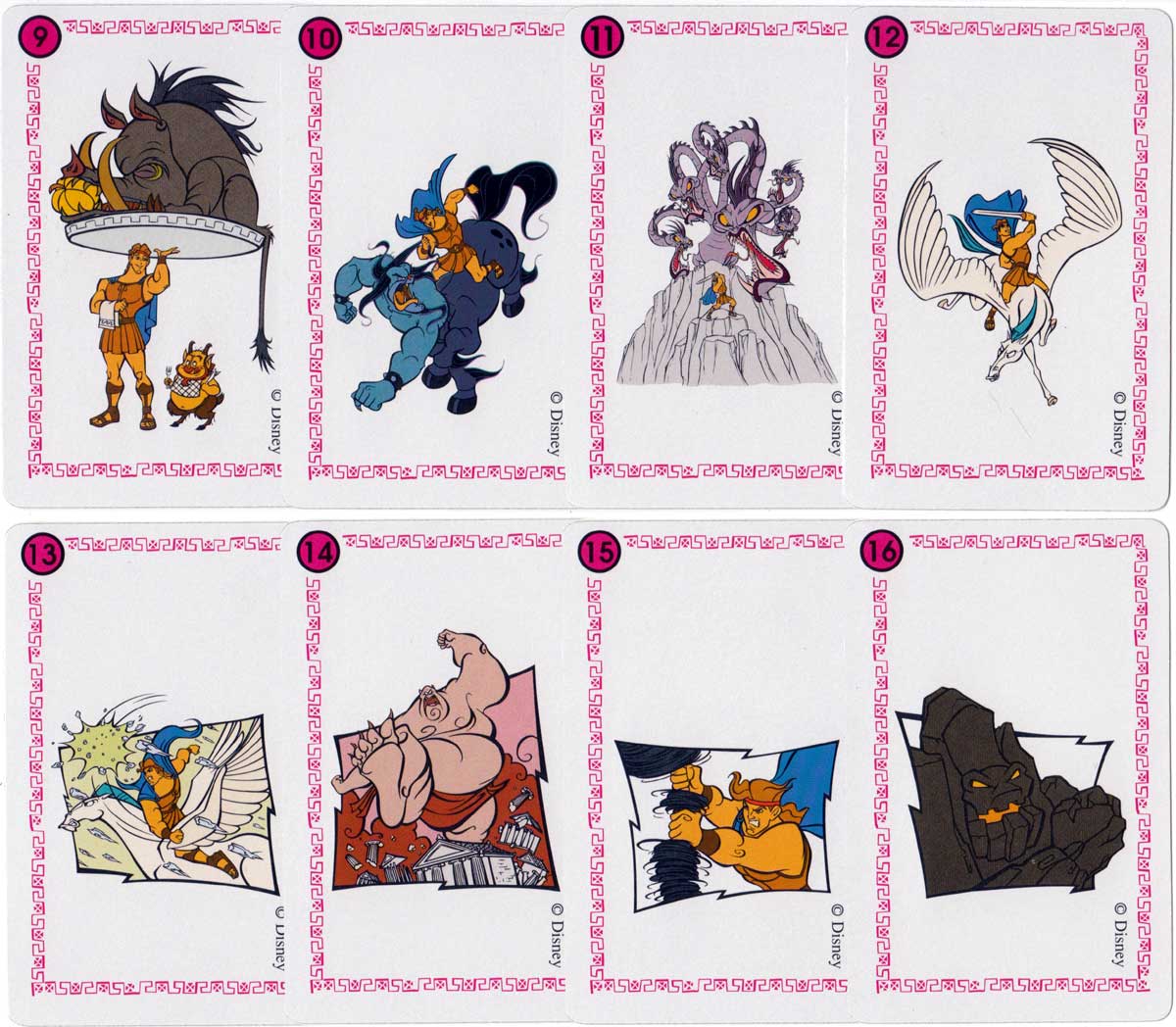 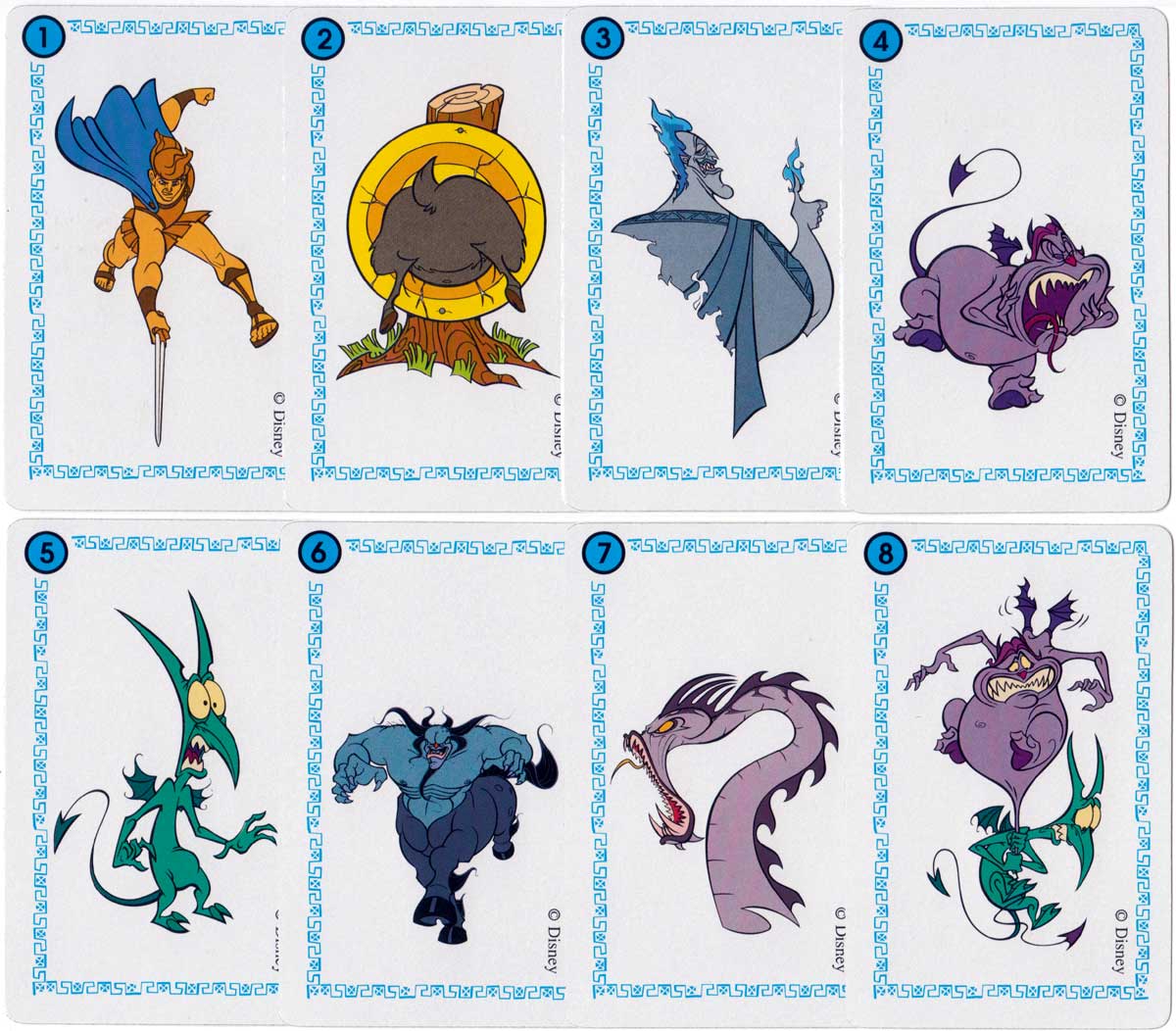 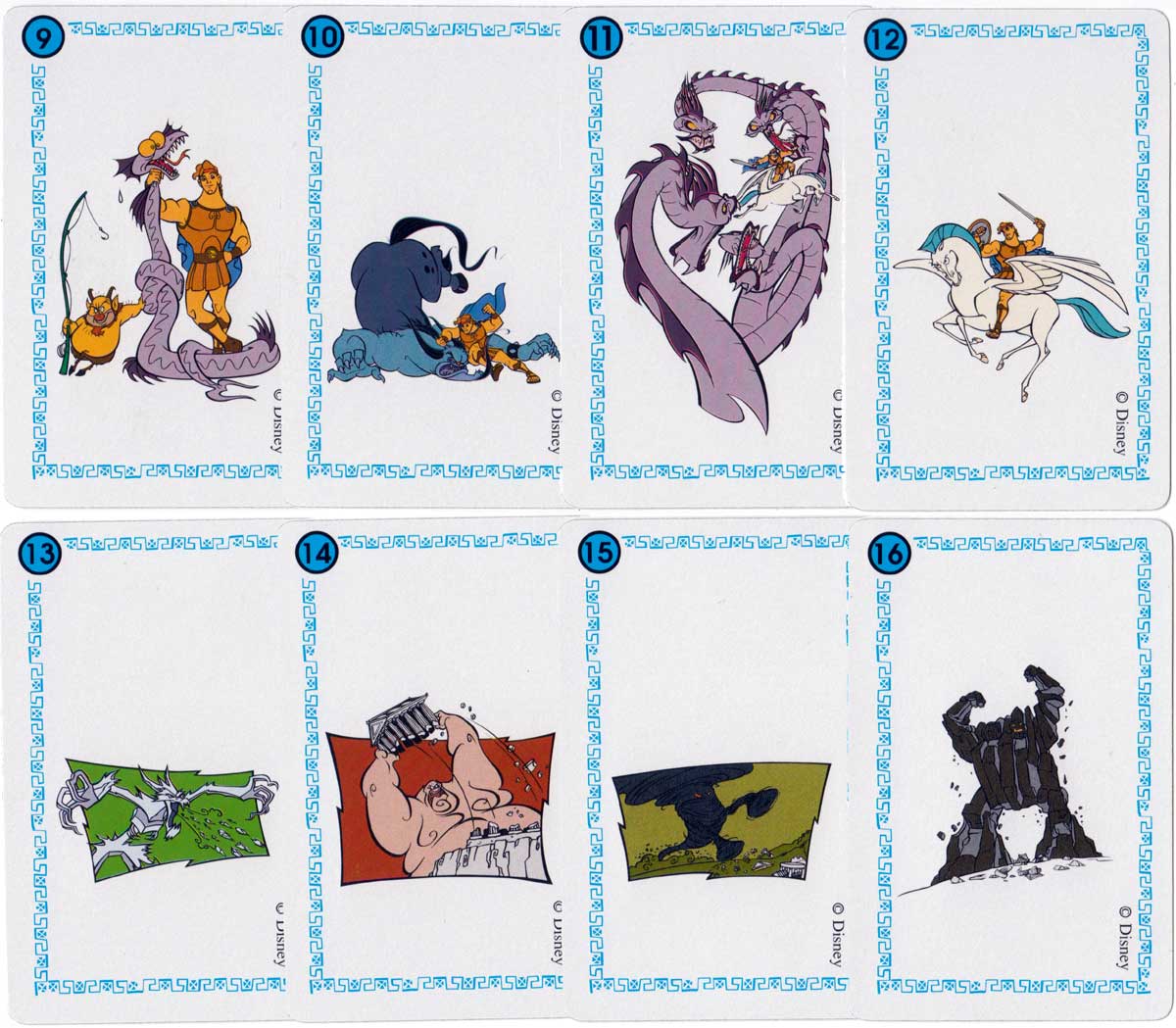 Above: Hercules card game published by Herclio Fournier, 1997. 32 cards in box + rules. From the collection of Rex Pitts.