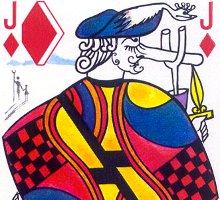 Dalí created these designs for the Ace, King, Queen and Jack of each suit plus a Joker which were also produced as a series of limited edition art posters. Based on the standard French ‘Paris’ pattern, Dalí composed his playing card figures out of geometric shapes, like a surrealist tapestry, but retaining the traditional aspects of playing card design. Born in Figueras, Catalonia, northern Spain in 1904, Dalí became one of the most iconic painters of the 20th century. Dalí takes his place in a long line of artists who have created playing cards. 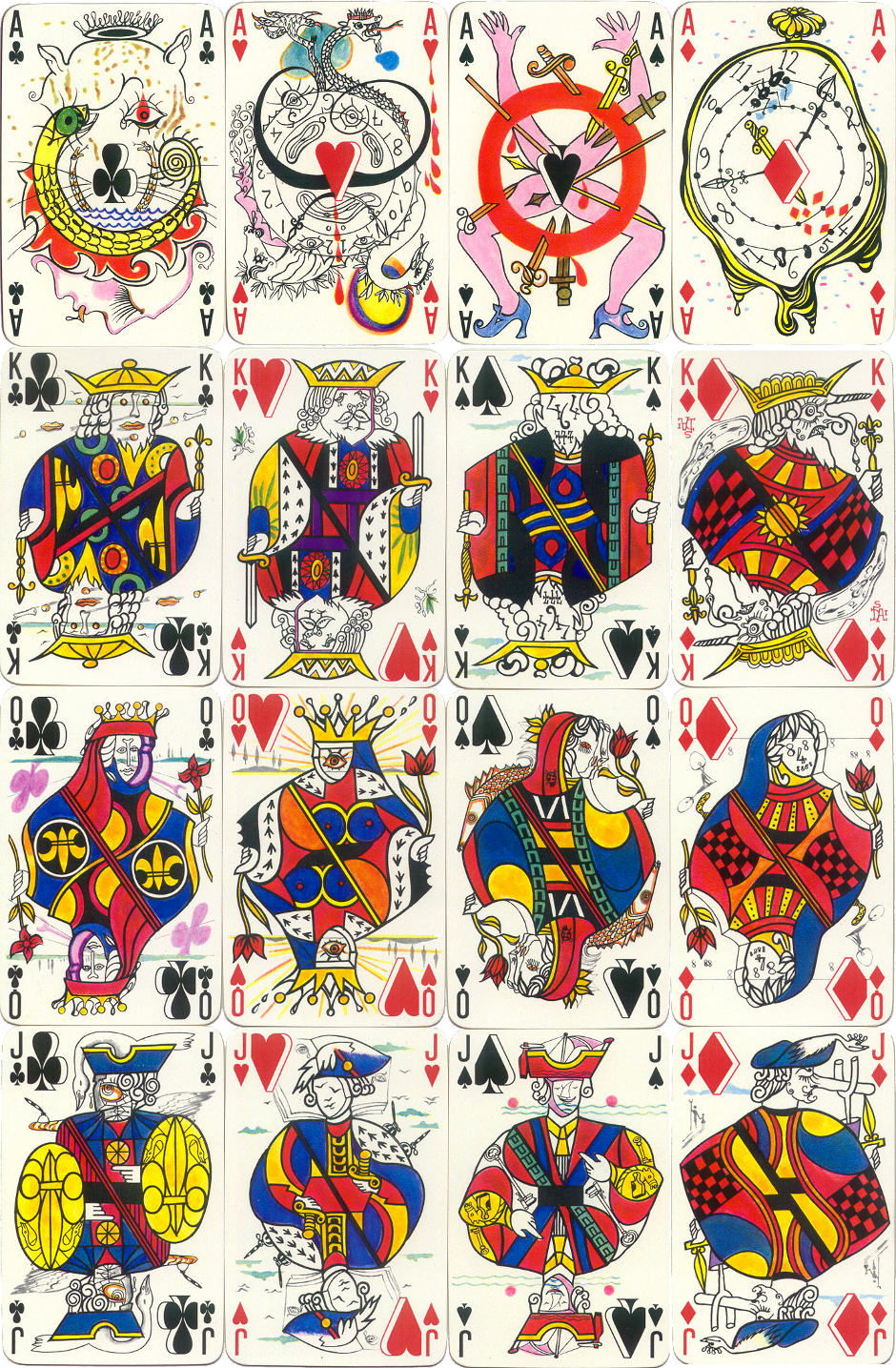 Above: playing cards designed by the famous Spanish artist Salvador Dalí (1904-1989), featuring many of Dalí's characteristic surrealist motifs such as melting clocks and supportive crutches. The court cards are based on the French 'Paris' pattern. The cards were printed by Draeger Frères, Paris, 1967. Images courtesy Barney Townshend.