Officially the Kingdom of Thailand and formerly known as Siam

The start of foreign relations

For centuries Thailand has been on the trade route between India and China. The Portuguese were the first Westerners to trade with Ayutthaya in Thailand in the 16th century. Thus European playing cards may have been used alongside locally produced cards and hybrid varieties evolved. 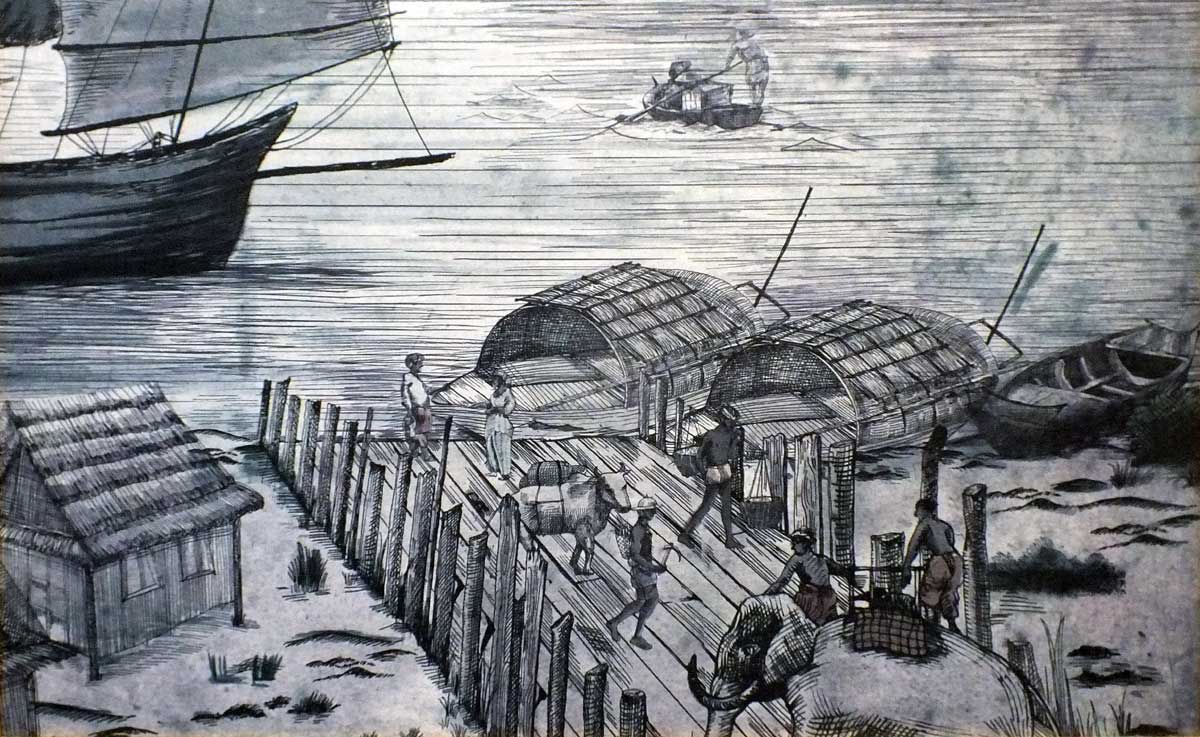 Traders also arrived from Japan, the Arab world, England, Holland as well as France and often they had their own quarters or village communities. Chinese Money cards are produced in Thailand with Thai indices. The heritage resulting from the presence of foreign cultures in Thailand still exists today. 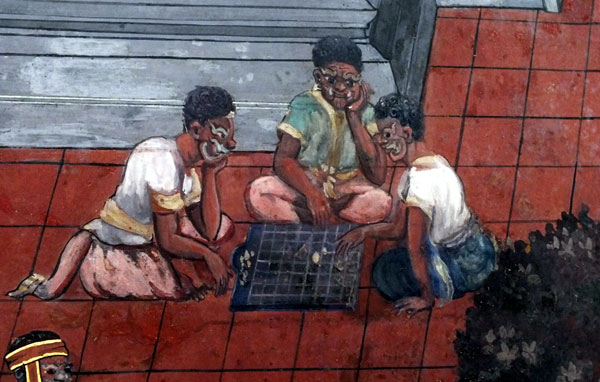 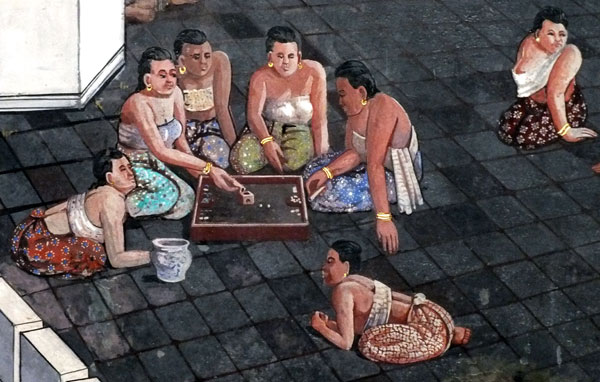 During the nineteenth century Belgian manufacturers (eg Brepols, Van Genechten) produced "Chinese" cards for South-East Asian countries including Java, the Celebes, Thailand and possibly China as well. Van Genechten was the first to print this kind of playing card in Turnhout: he was also one of the last, having managed to keep a firm hold on his markets. It is recorded that 111 tons of playing cards were exported from Belgium to Thailand in 1938.

For a story about gambling in Thailand, click here. 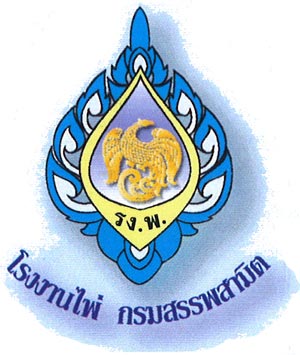 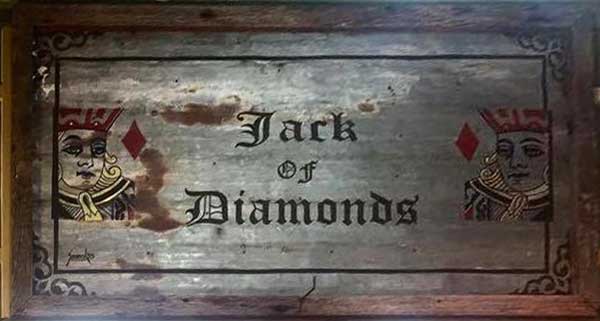 Above: Bric-a-brac shop sign in Bangkok. Perhaps 'Jack of Diamonds' might suggest making some cash from dealing? 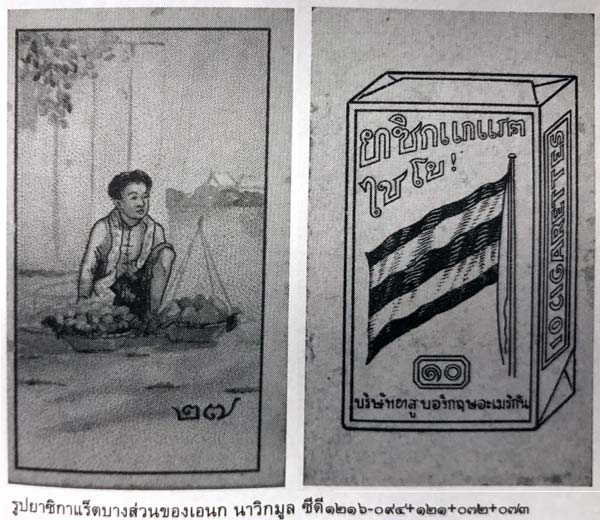 Above: paintings inspired by Chinese playing cards from an exhibition in a Thai restaurant. Photographs by Adam Wintle - click to enlarge. 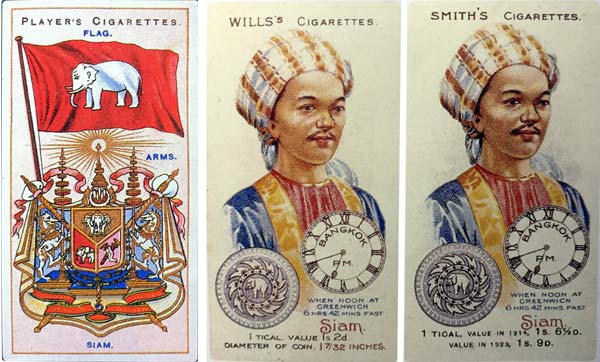 Above: cigarette cards have been published by foreign tobacco companies featuring Thai subjects, such as military uniforms or traditional costumes. 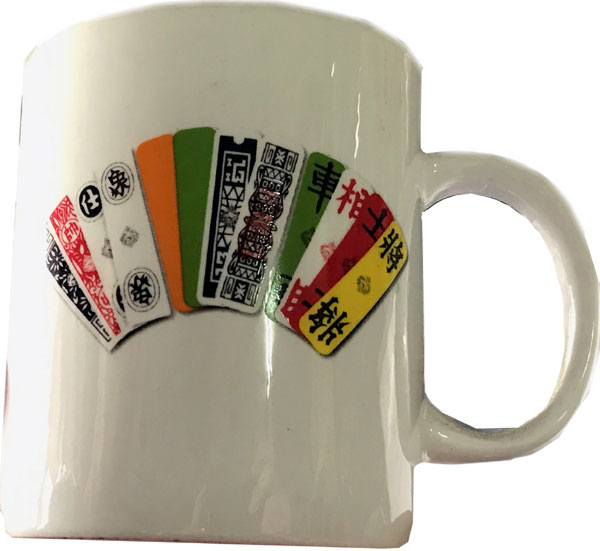 A set of cards aimed at the foreign adult learner of the Thai language is published by Lanna Innovation Co. Ltd. Their website states that “Adults learn language differently than children and adolescents. Our approach is one of engaged, problem-driven learning which seeks to leverage effective language learning tools and teaching methods.”

Above: cards from 44-card "Learn Thai" cards, described as an easy to use innovative system to learn faster through visual memory. Published by Lanna Innovation Co. Ltd, 2009.

As gambling is technically illegal in Thailand, playing cards are slightly taboo and parents wouldn't want their children to be playing with cards. However, a number of educational sets of cards can be found. 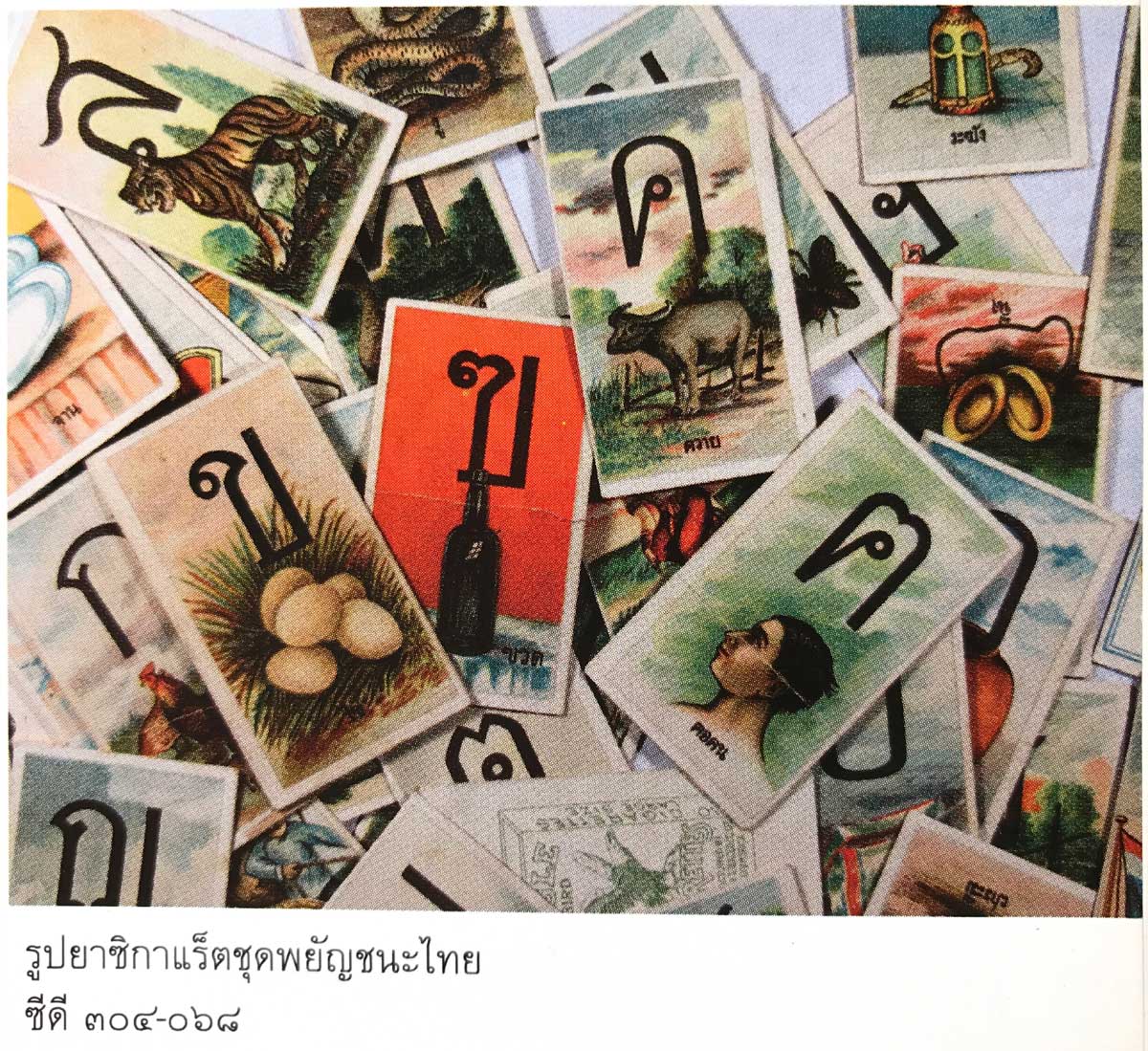 Other Playing Cards and Card Games 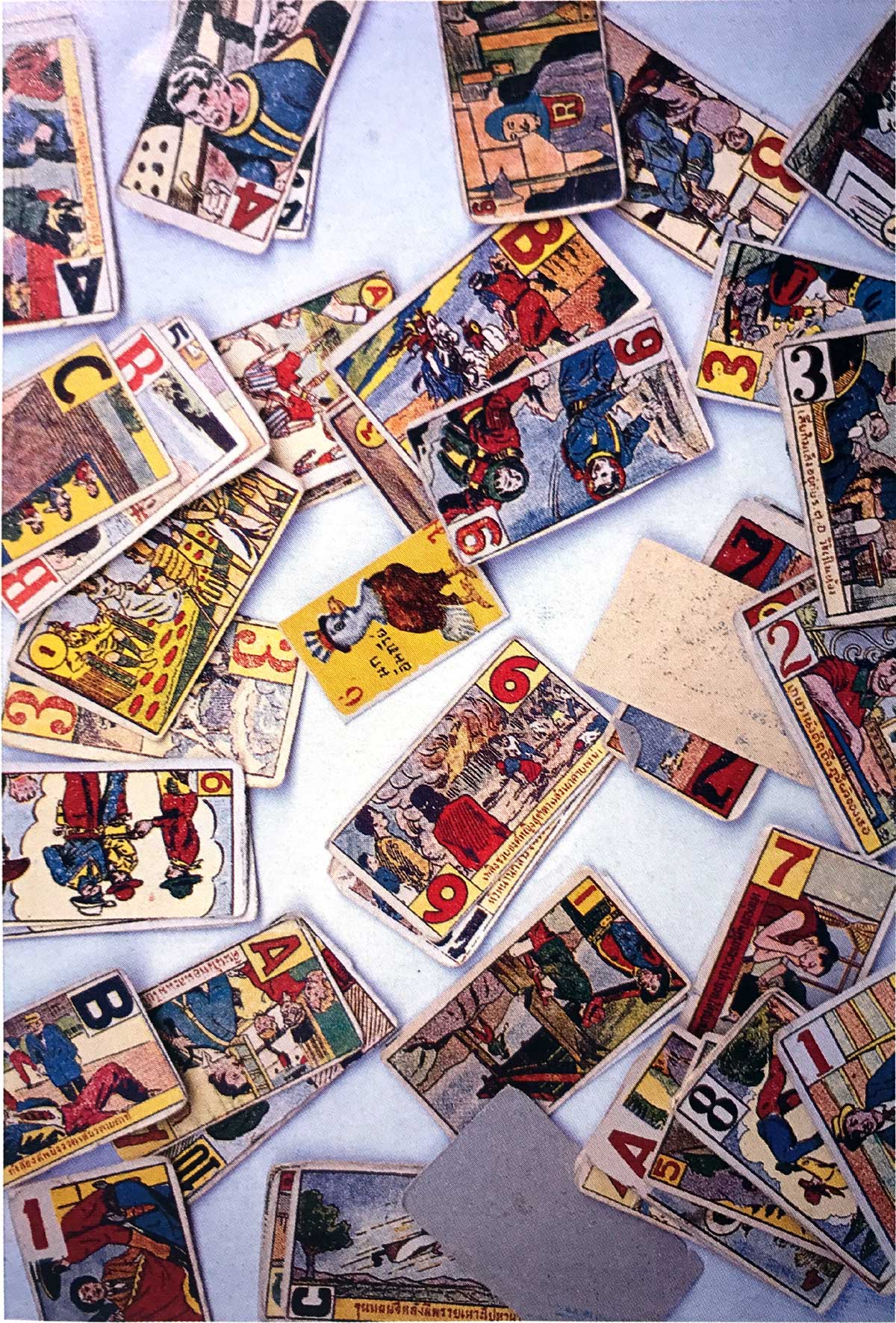 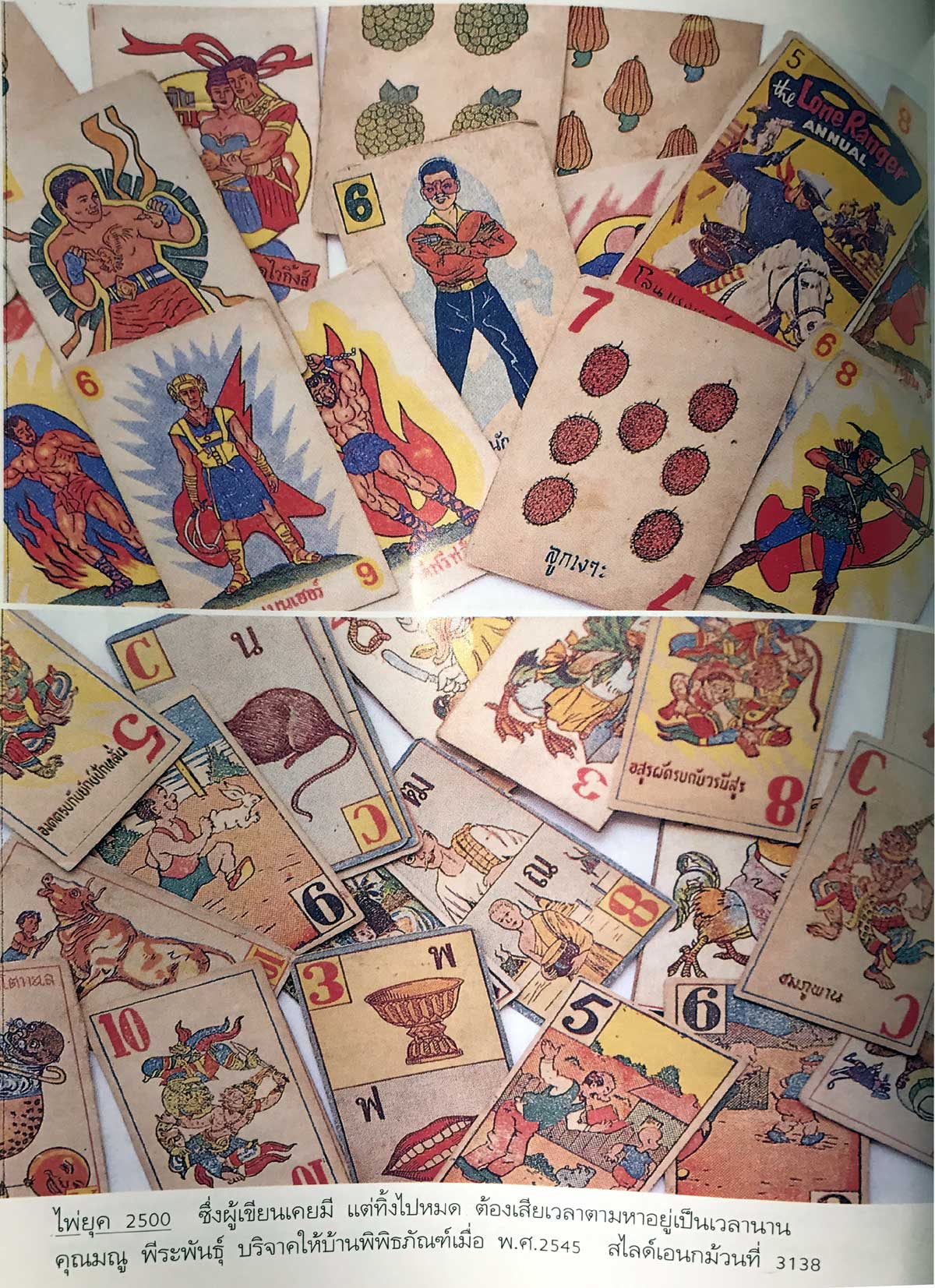 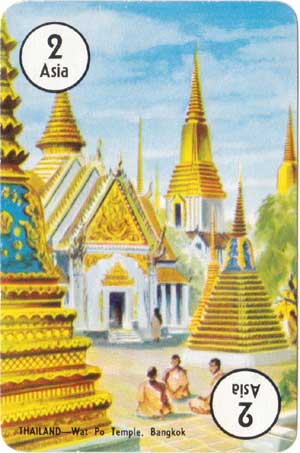 Above: Bangkok-themed card from Round the World card game published in 1961.