The Wedding card game, with illustrations of the chief personages in the marriage ceremony, first published by Jaques & Son, c.1875. The set contains 24 character cards and 25 pay cards, plus instructions. It was re-published as “The Wedding Game” by F.G & Co in 2004. 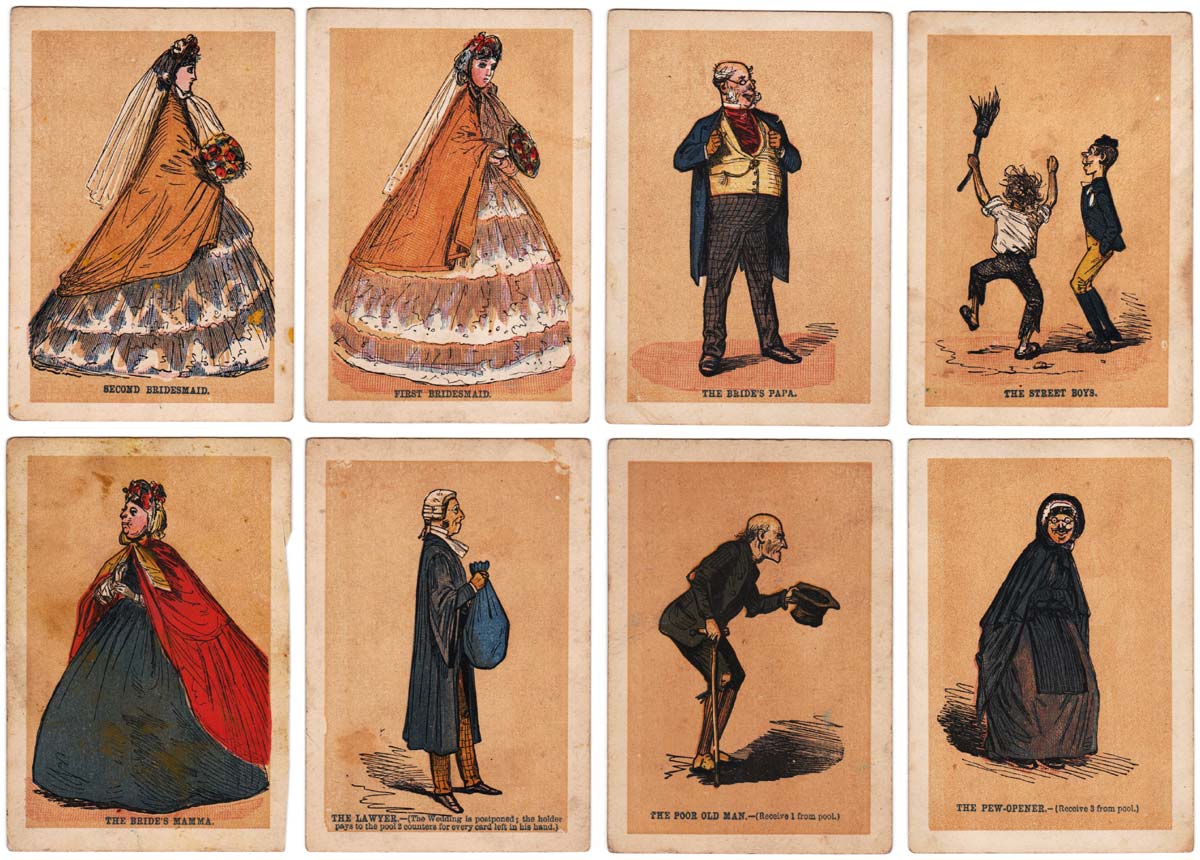 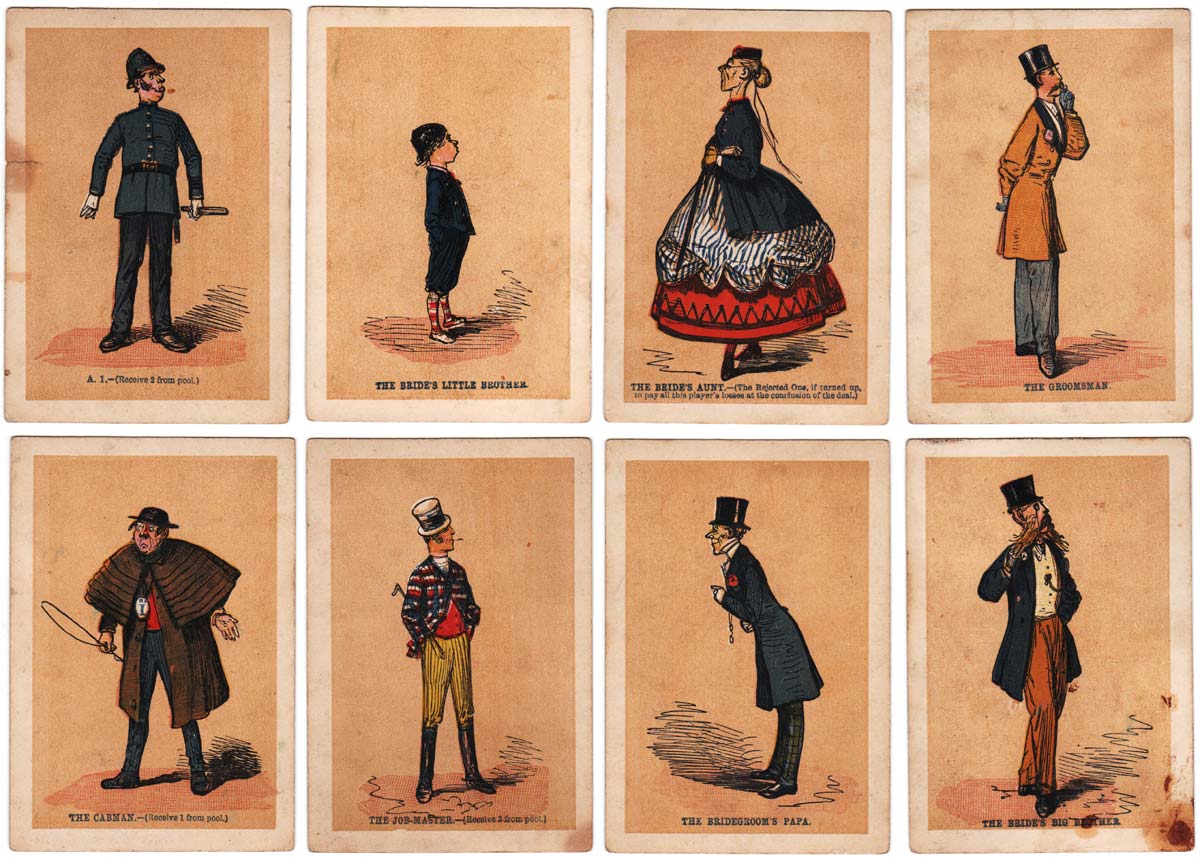 “The Wedding Game” facsimile published by F.G & Co (Gianna Majzler and Darren Calkins) in 2004, chronicling a bride and groom’s trip to the altar. The cards include a Lawyer, the Bride’s Aunt and a rejected suitor. See the Rules► 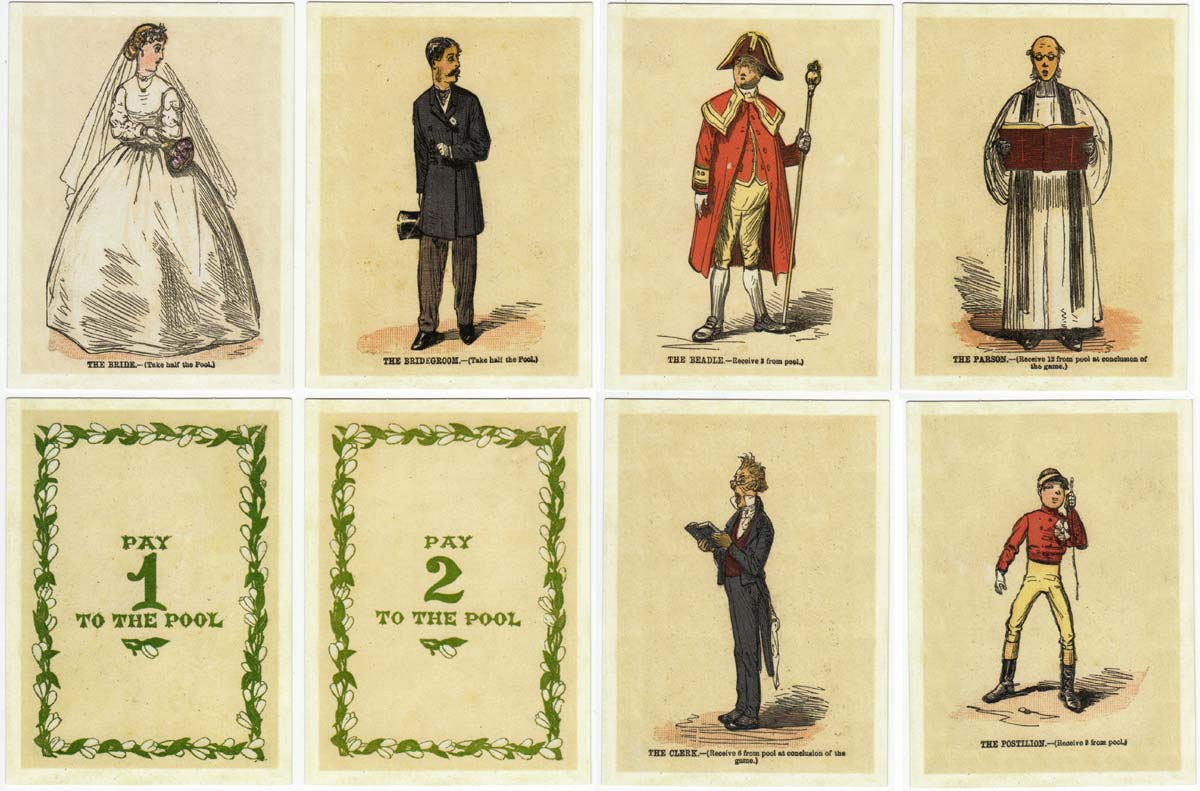