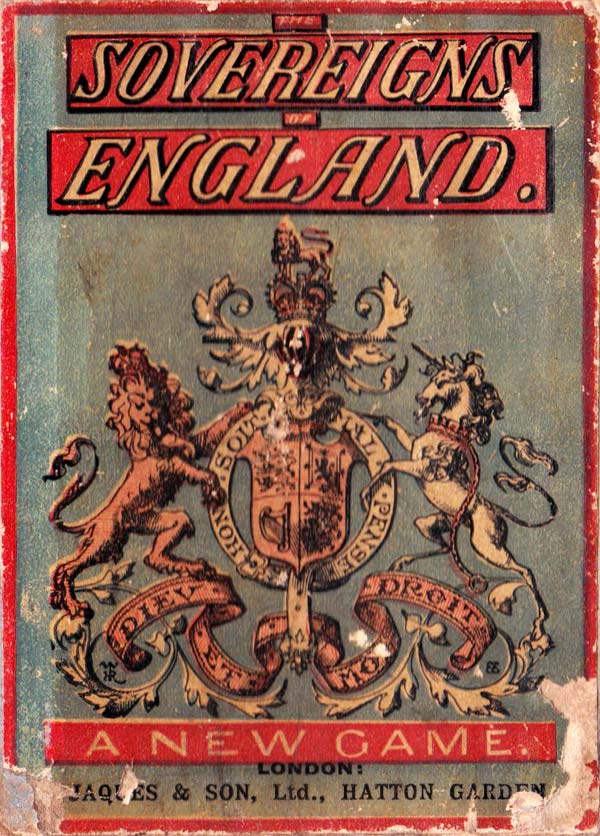 Sovereigns of England card game was first published by Jaques & Son around 1860-70 and reprinted many times. Each card shows an engraving of a former king or queen against a white background. The first card shows William I, the Norman Conqueror who became King of England after defeating King Harold at the Battle of Hastings in 1066. 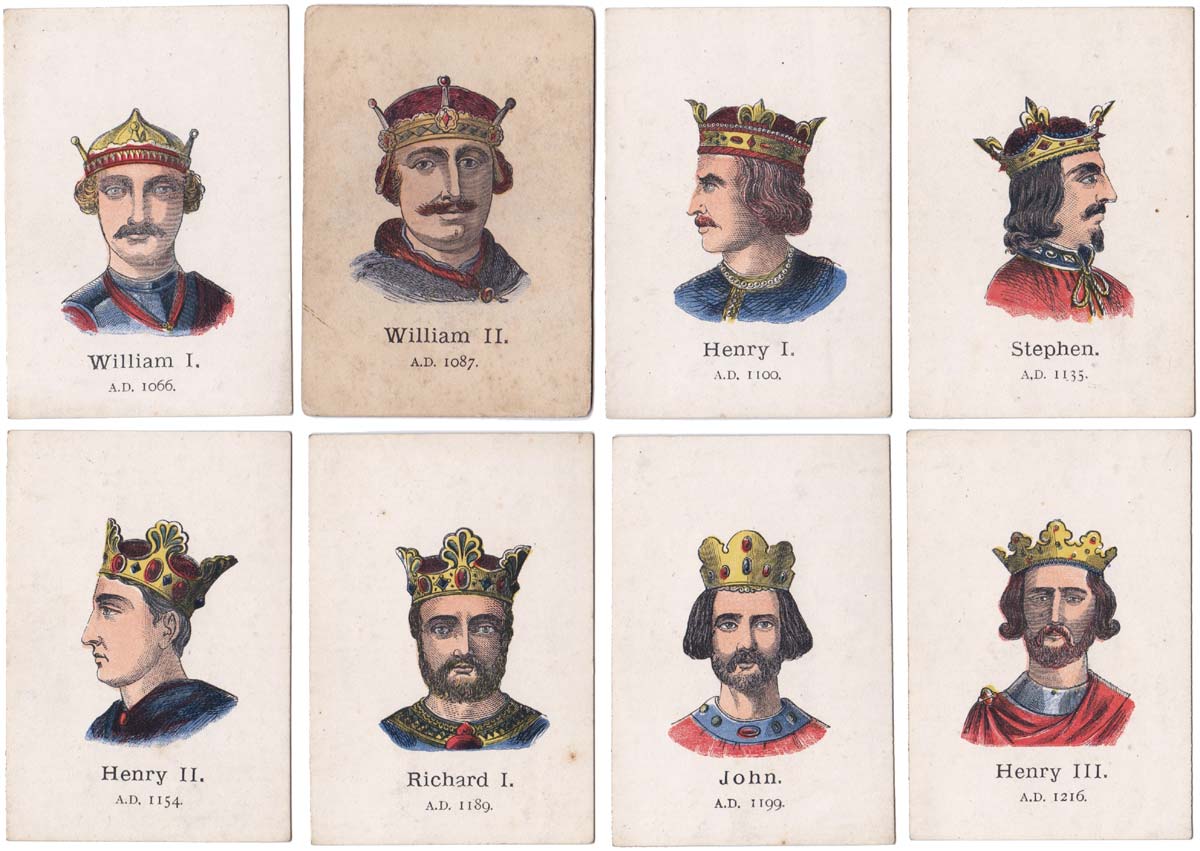 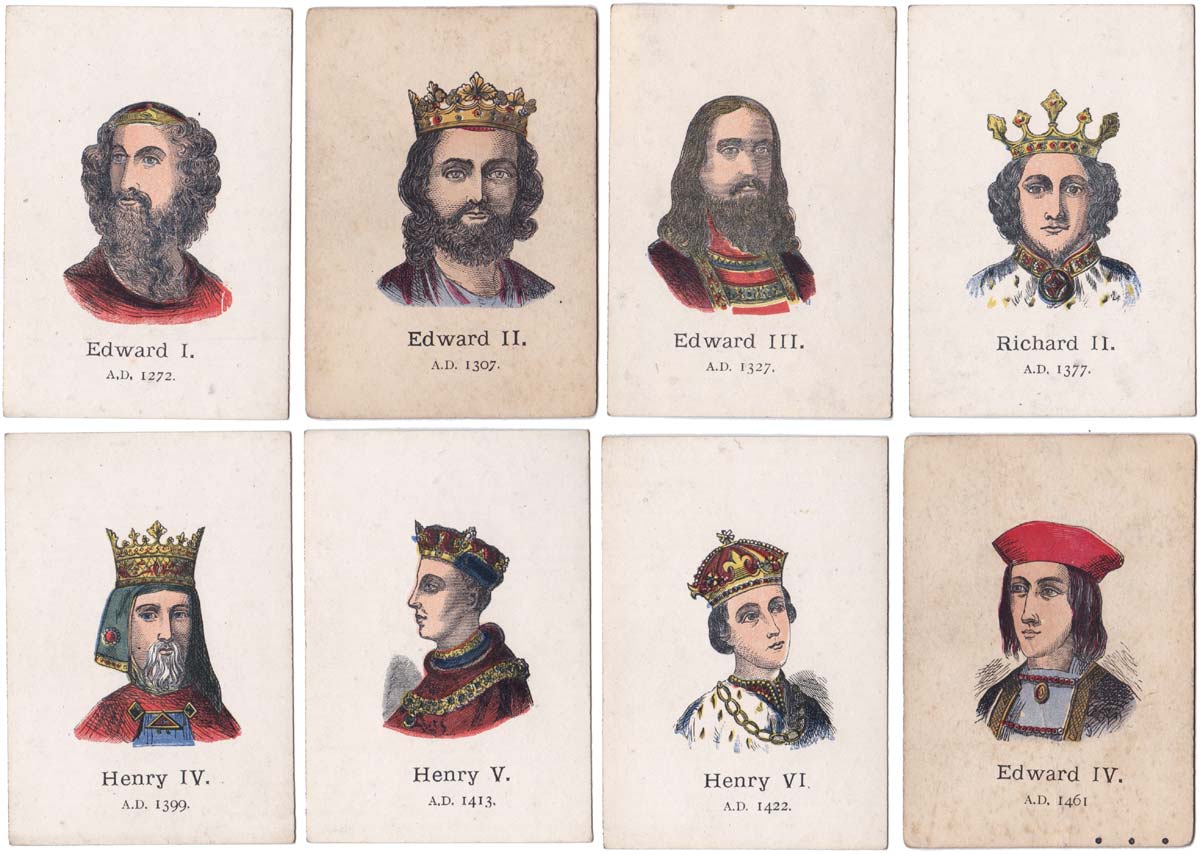 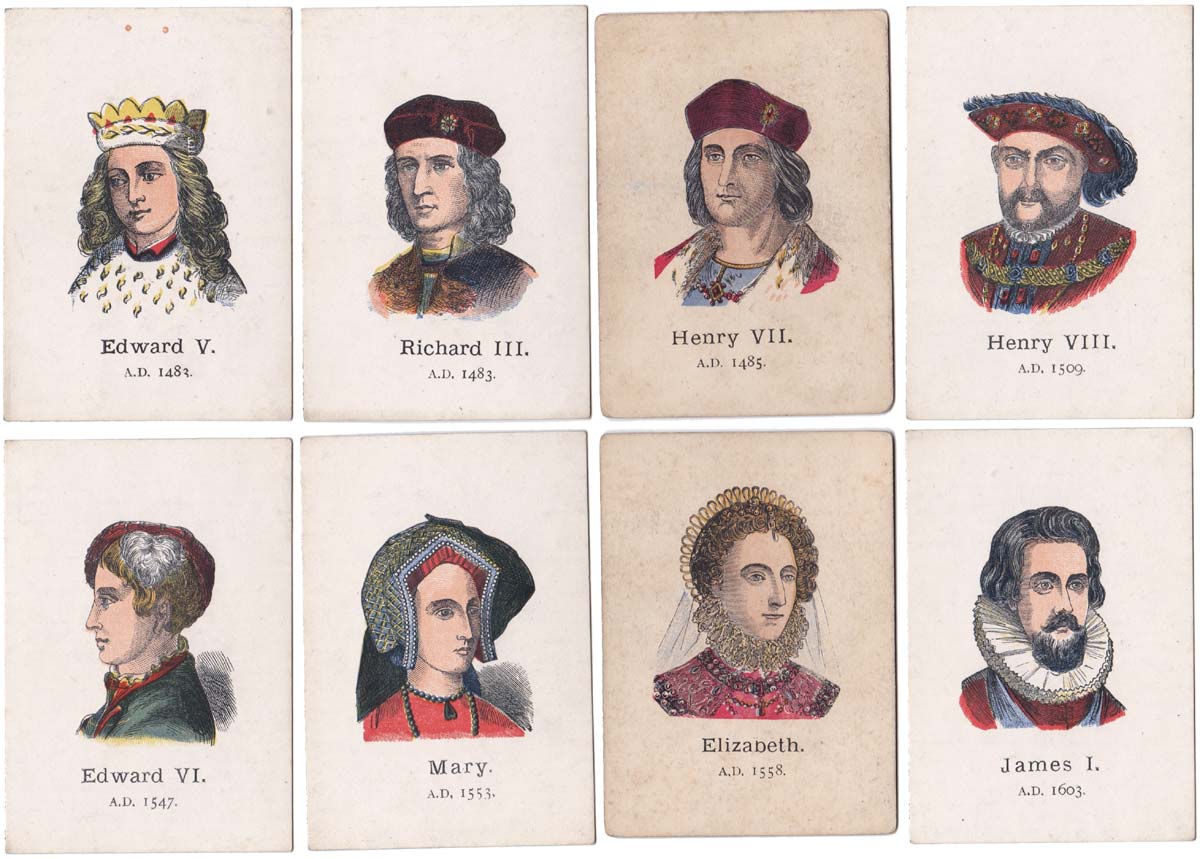 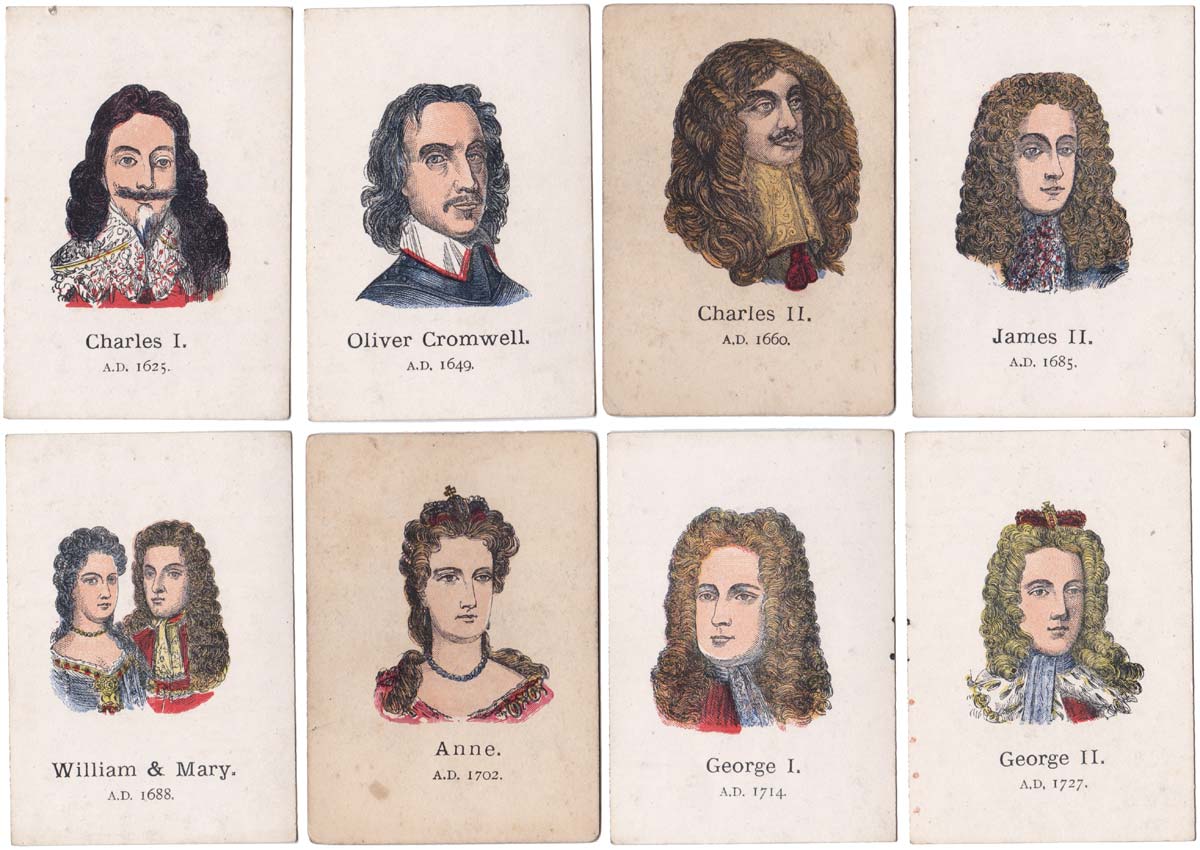 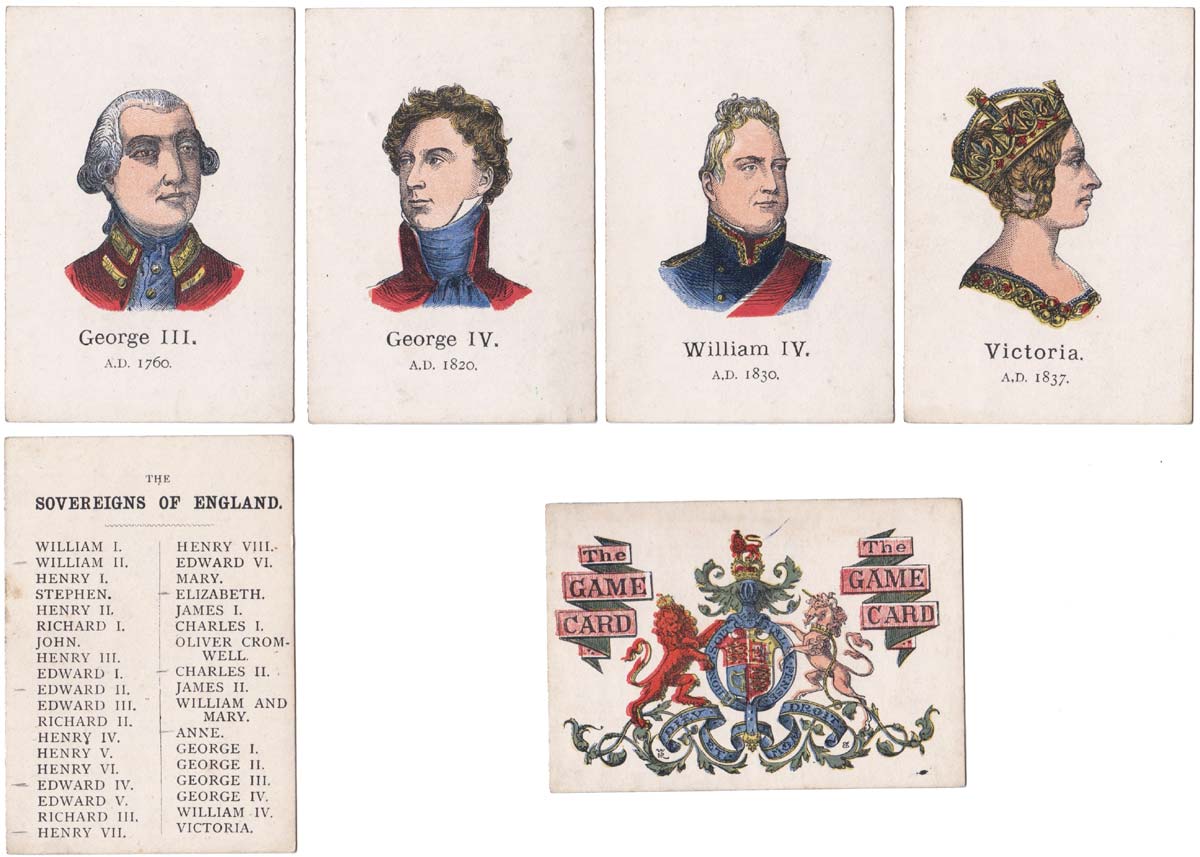