Victorian parlour game described as “a merry round game for from four to eight players” published by John Jaques & Son, London, c.1880. The complete street cry is printed along the top of each card and players compete to complete the most sets of street cries. See the Rules►

Above: eight stencil-coloured picture cards from the game, the remainder of the cards in each set comprise a single word from the phrase. The backs of the cards are plain pink. Images courtesy Matt Probert. 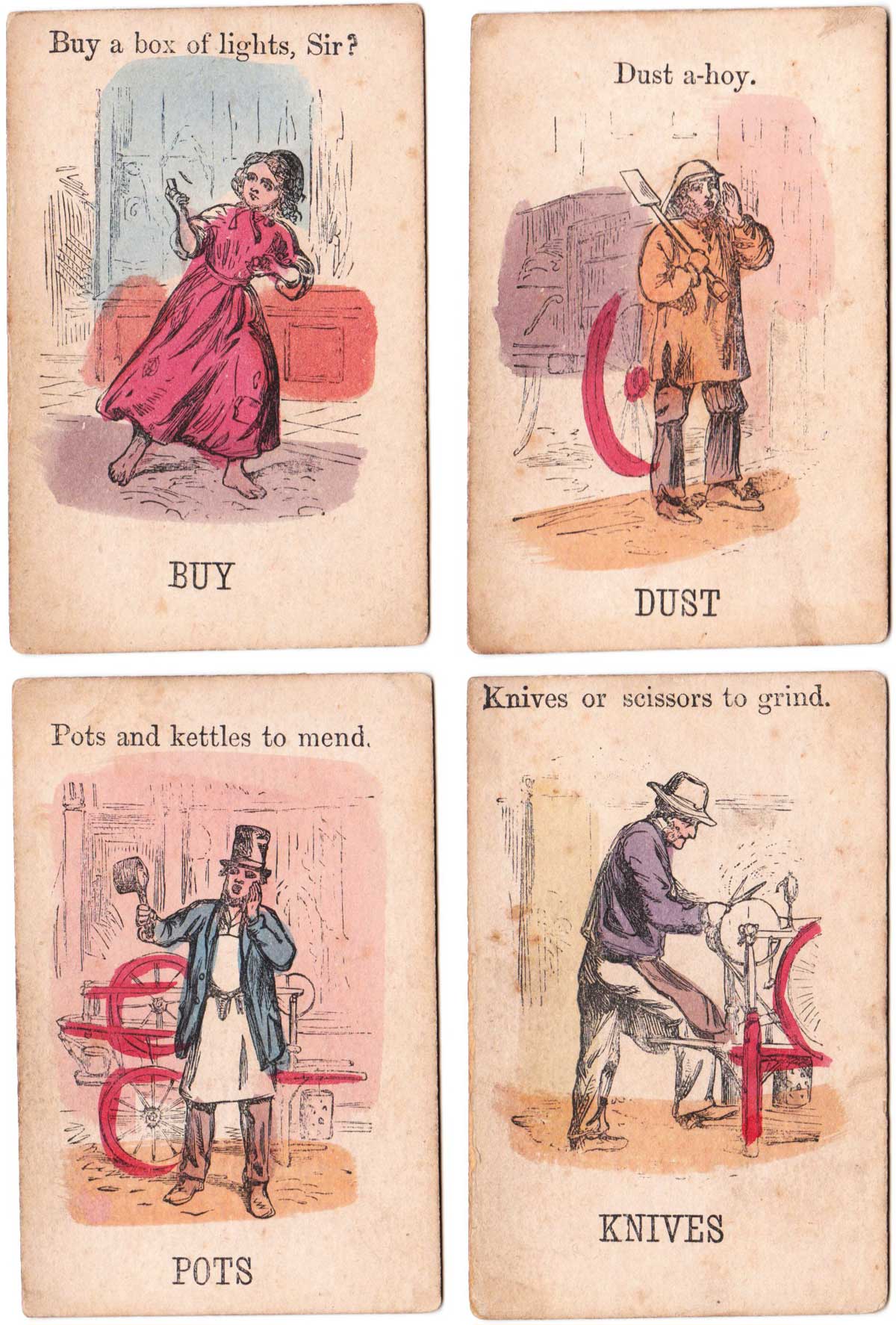