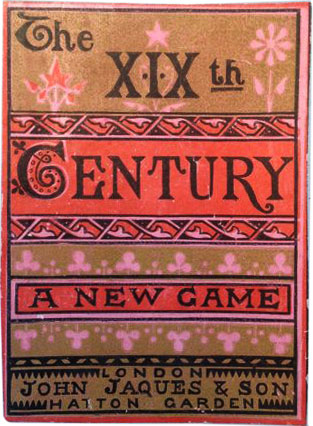 The XIXth Century card game published by John Jaques & Son, c.1875. This is the fourth in a series of educational games covering the XVI, XVII, XVIII & XIX centuries published by Jaques & Son during the 1870s. This set contains portraits of 50 celebrated characters of the 19th century - composers, statesmen, poets, monarchs, explorers, artists, soldiers, novelists, engineers and geniuses from around the world, along with short biographies and historical events.