Salute! The Four Services promotion game by John Jaques & Son Ltd, London, c.1940. The cards are divided into four suits, showing different officer rank insignia and badges embroidered on the cuffs or epaulettes of the Royal Navy, Army, Air Force and Women’s Auxiliary Territorial Services personnel. The idea of the game, besides teaching players to spot the various ranks, is to gain promotion by playing cards of the same suit in ascending value of ranking on the top of the central pile. See the Rules► 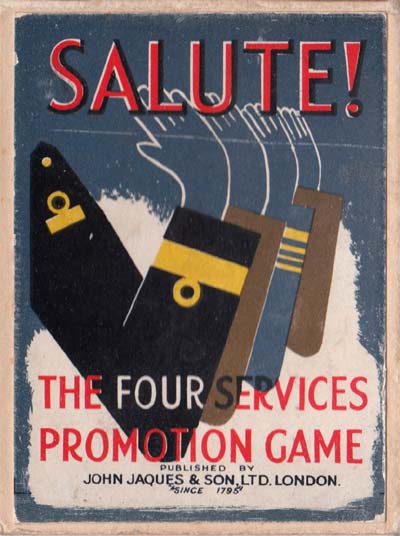