Mickey and the Beanstalk card game was devised by Ern Shaw for Pepys Games based on the Disney animated film “Fun and Fancy Free”, 1947. It is in fact a retelling of the English fairy tale “Jack and the Beanstalk” featuring Mickey, Donald, and Goofy as three peasants who discover Willie the Giant’s castle in the sky through the use of some magic beans. Their adventures involve finding the singing golden harp and the key and also include a special fold-out piece in the form of a beanstalk which has to be cut down before the giant reaches them. See the Box► 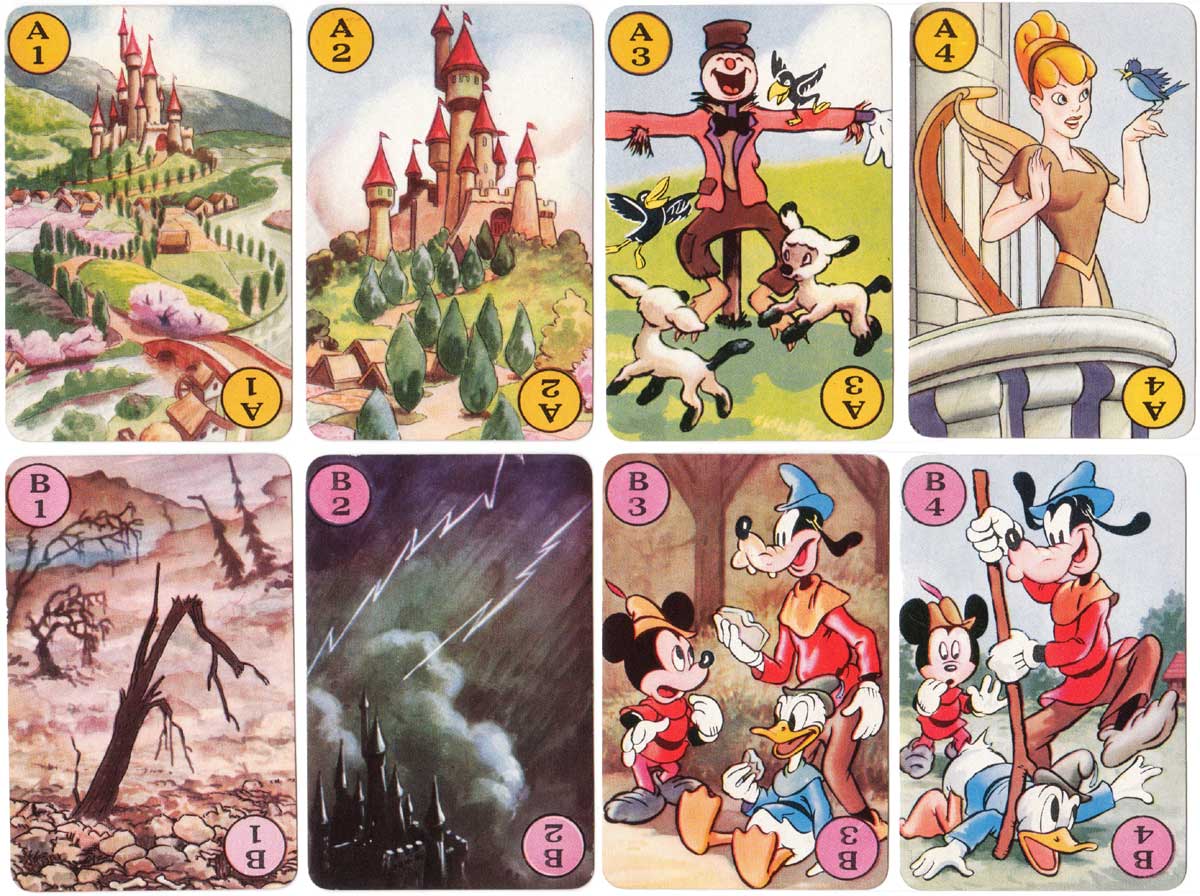 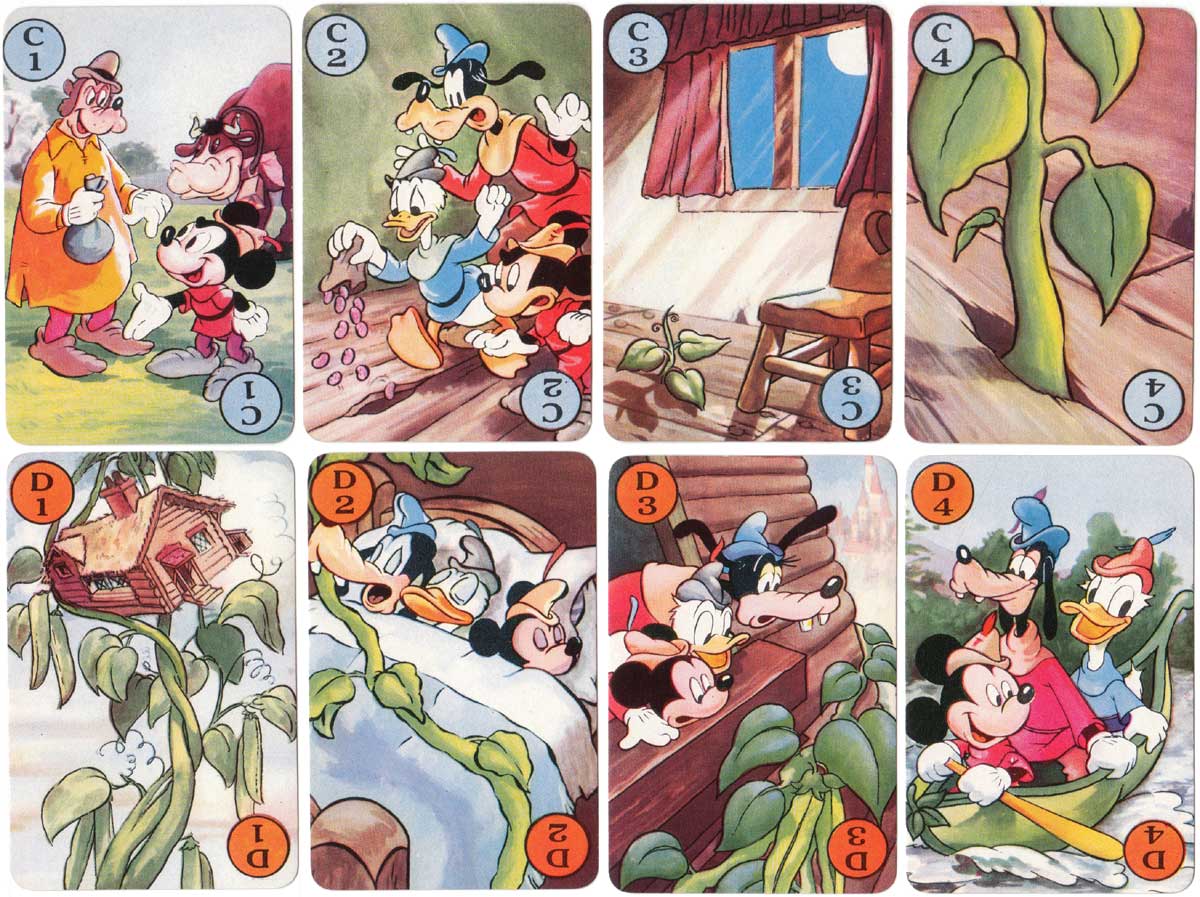 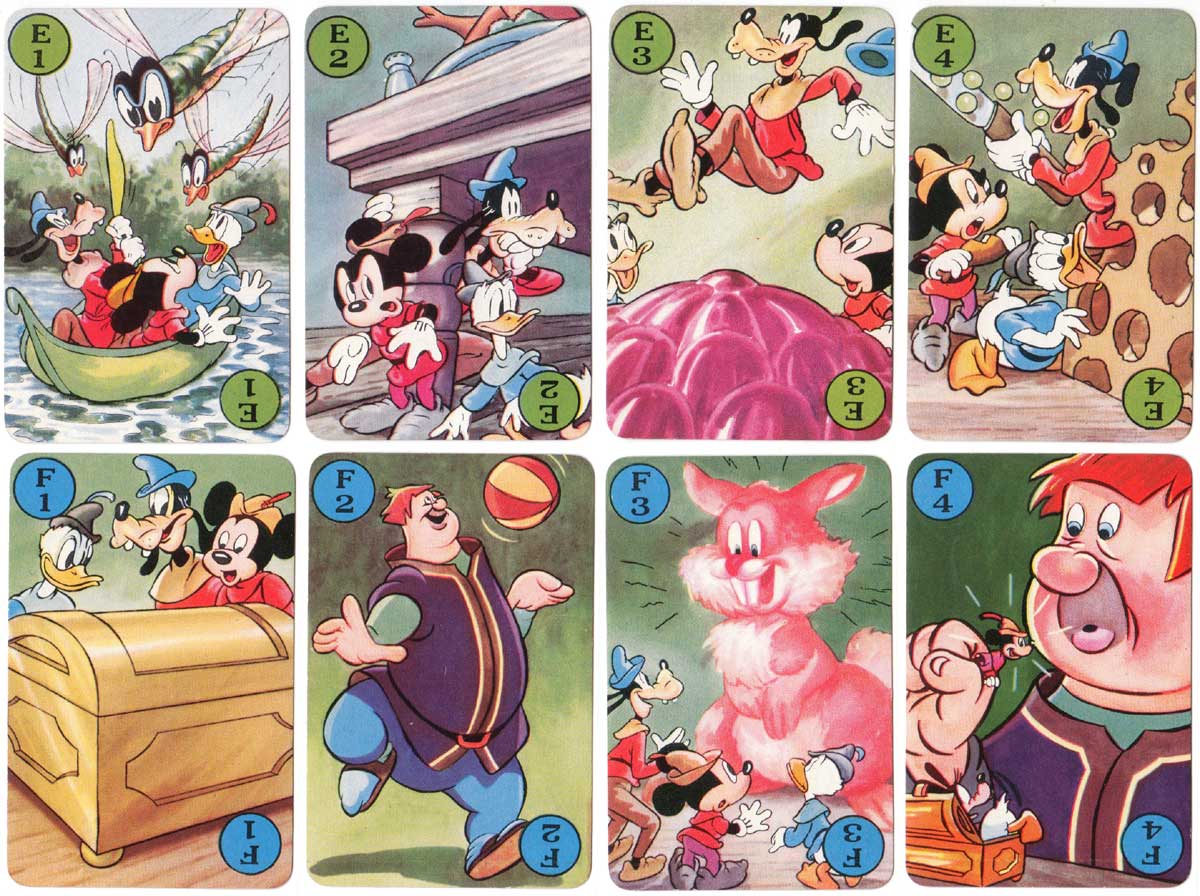 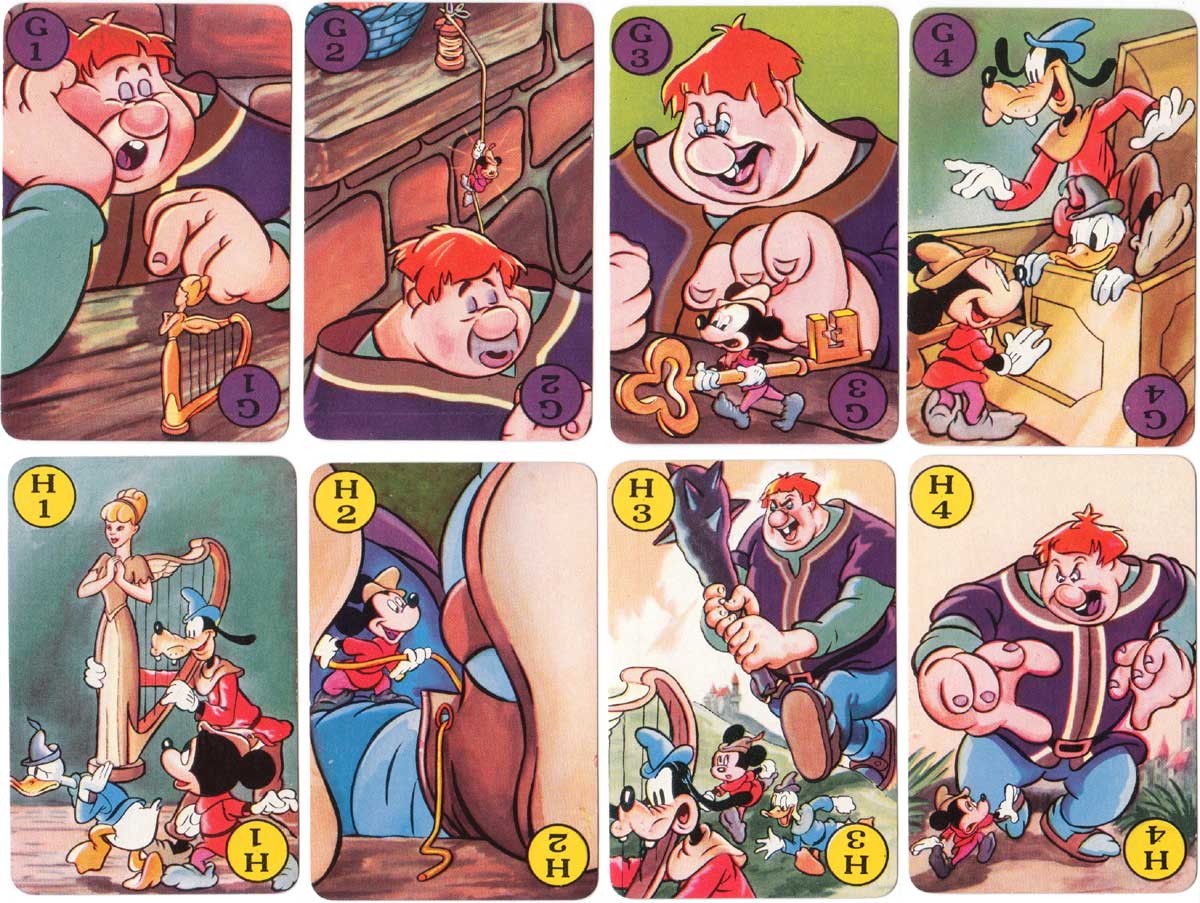 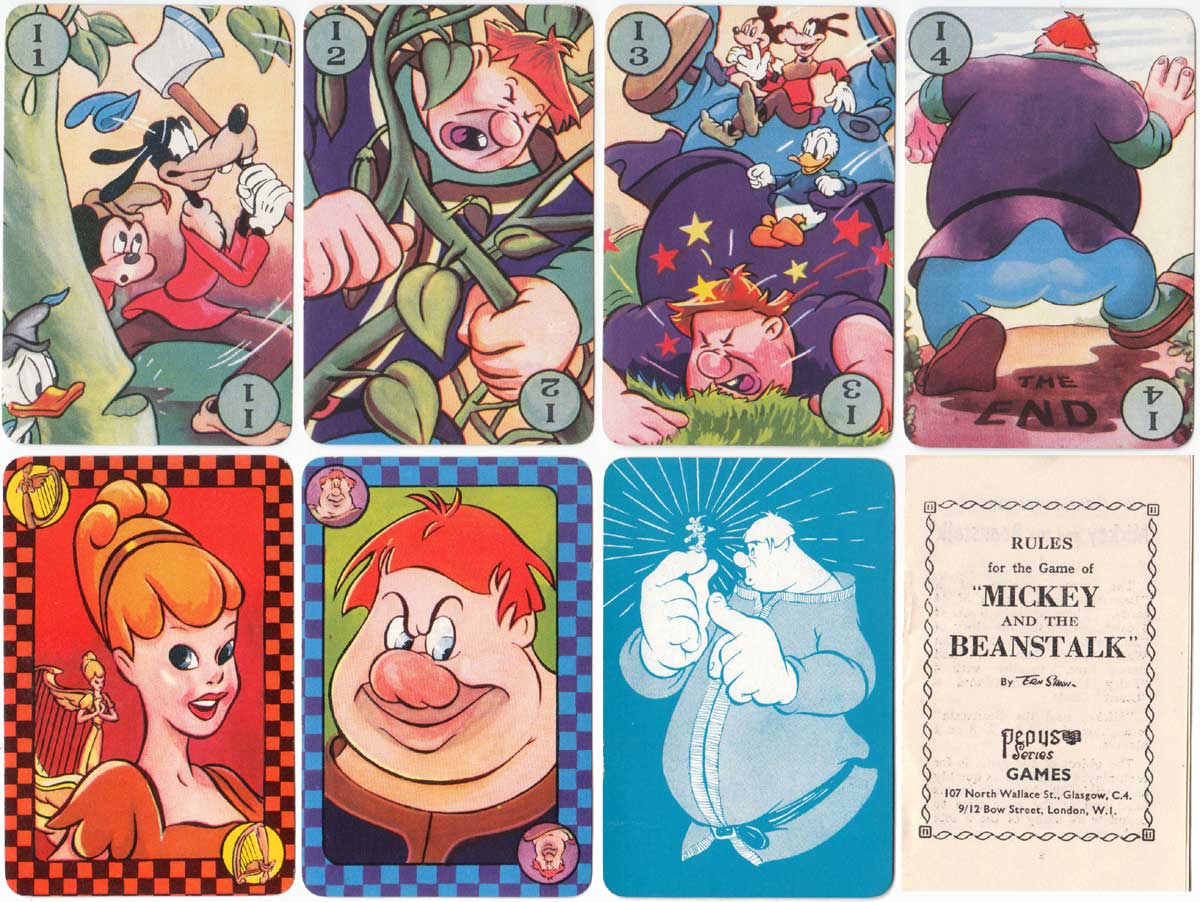 Above: Mickey and the Beanstalk card game devised by Ern Shaw for Pepys Games, 1947, including a special fold-out piece in the form of a beanstalk. From the collection of Rex Pitts.