Wu-Pee card game for children, an economy pack with square corners and smaller than normal cards, was published by Pepys (Castell Bros Ltd) in 1947. Each of the four clown figures is made from 9 cards. Players each have nine cards and try to collect a complete figure by asking other players for a card, calling the name of the clown, for instance “Mutt”, of the desired set.

They issued two versions in this format, the other was Disney Wu-Pee. 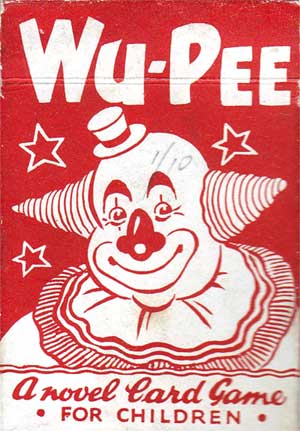 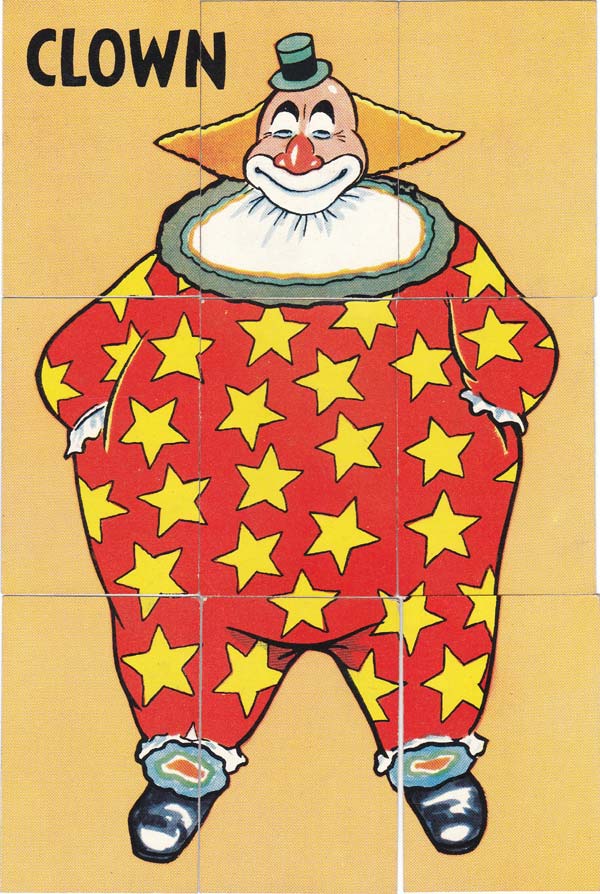 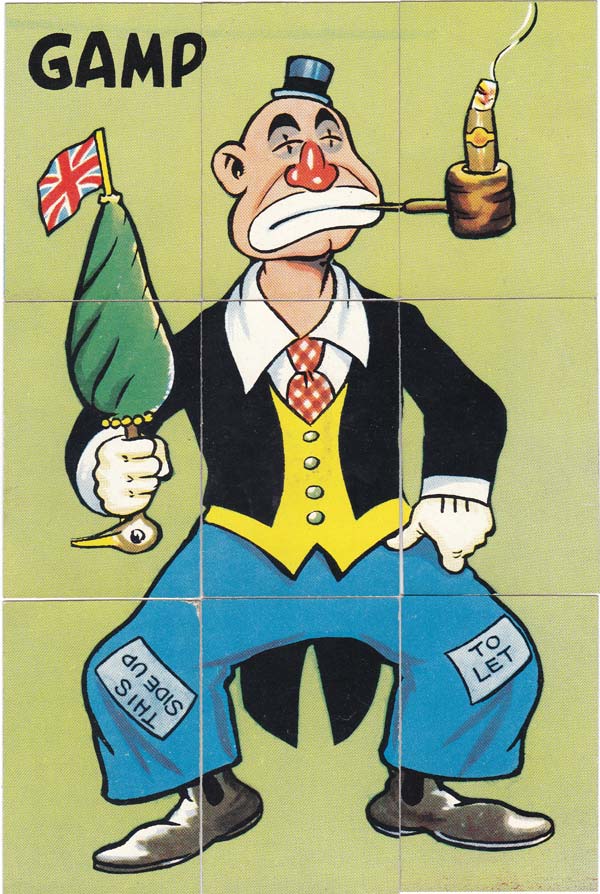 Above: Wu-Pee card game by Pepys (Castell Bros Ltd), 1947. From the collection of Rex Pitts.

The companion version called Disney Wu-Pee was in the same economy 36-card format. See the Box► 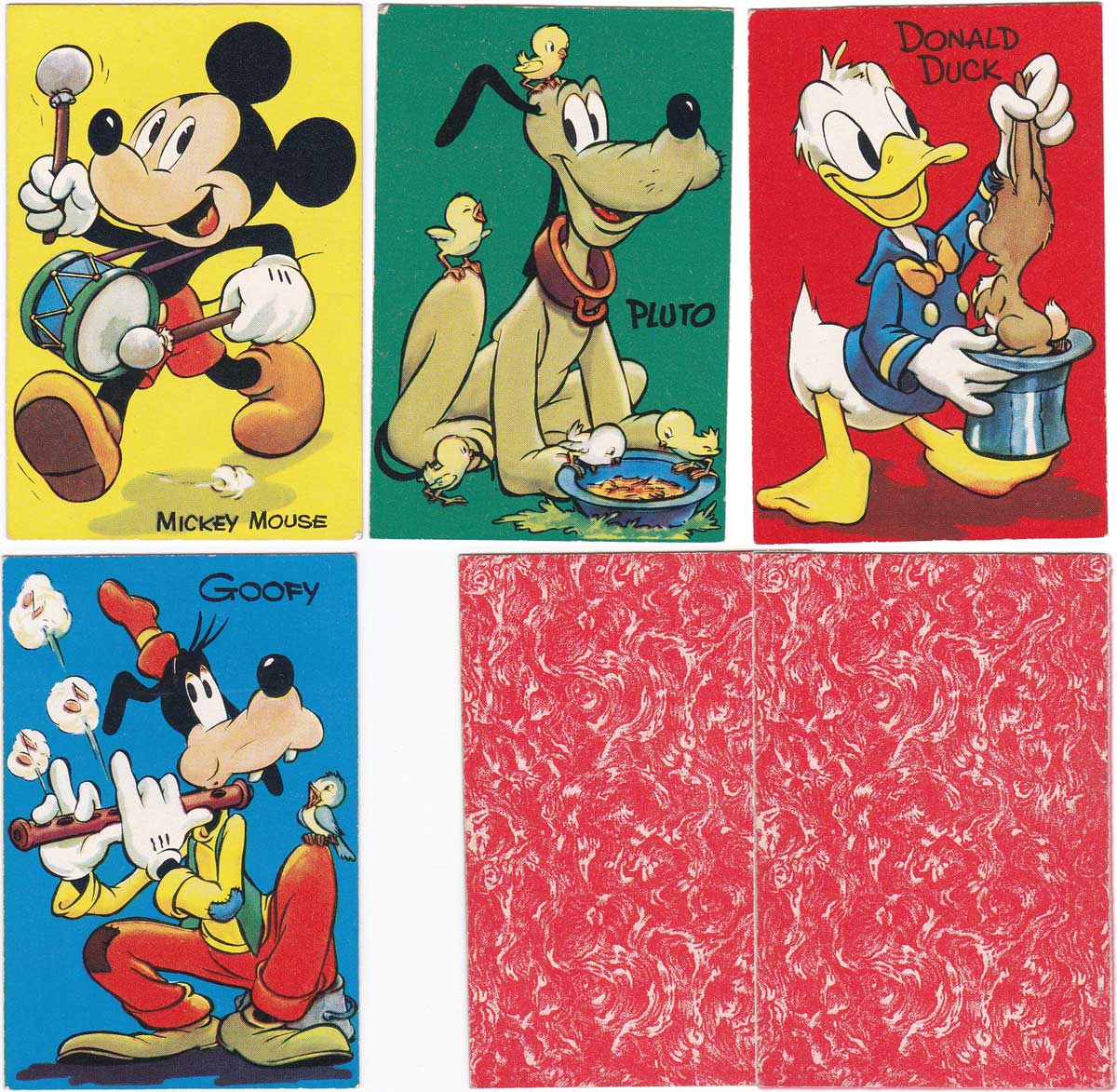 Above: Disney Wu-Pee by Pepys (Castell Bros Ltd), 1947. From the collection of Rex Pitts.