International Football Whist published by Pepys Games, 1947. The cards depict well-known players of the day from the teams of England, Ireland, Scotland and Wales along with their national football badges (Lion for Scotland, Leopards for England, Dragon for Wales and Shamrocks for Ireland). As well as the cards the game has a paper pitch and a little metal football. The object of the game is to score goals by playing the ball into the opponents’ goal squares. Not as popular perhaps as one might have expected; maybe people had little money to spend in 1947. See the Rules► 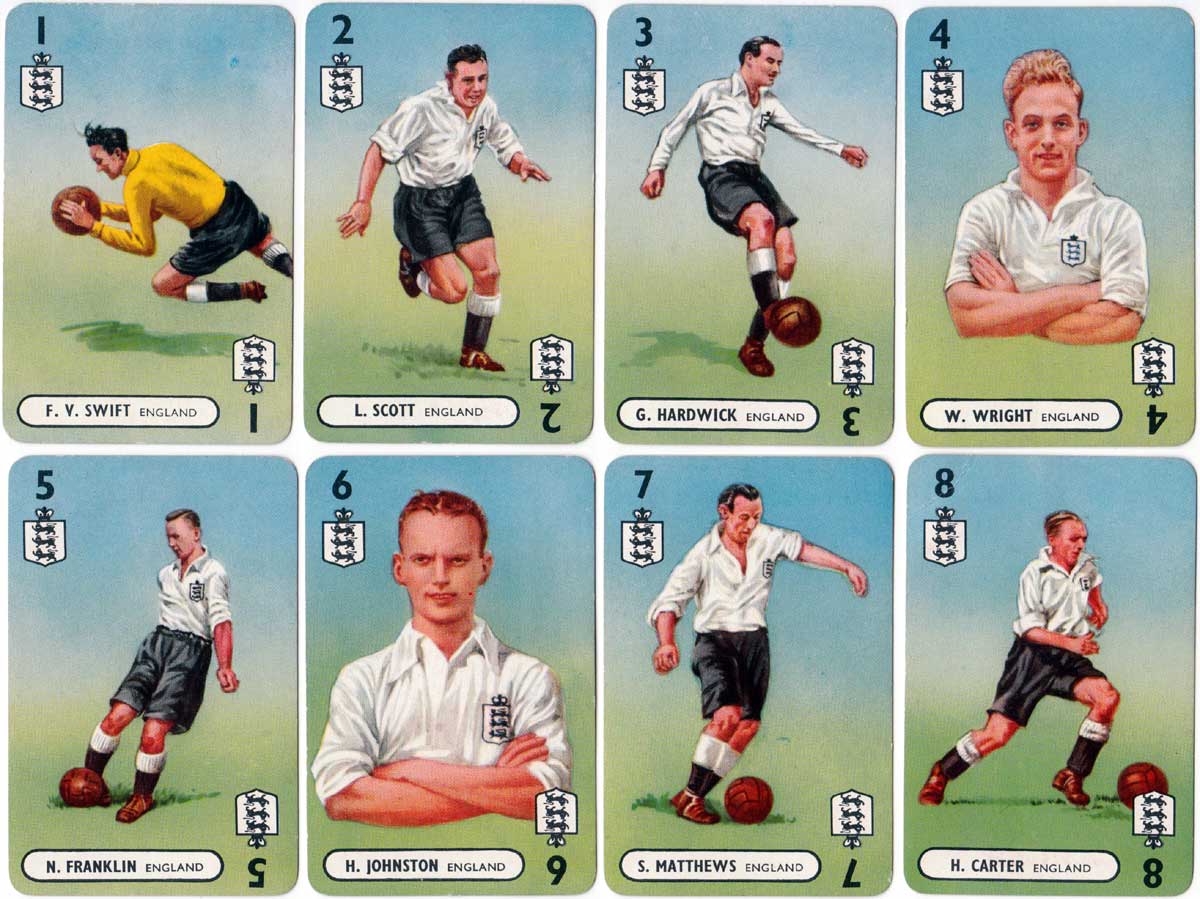 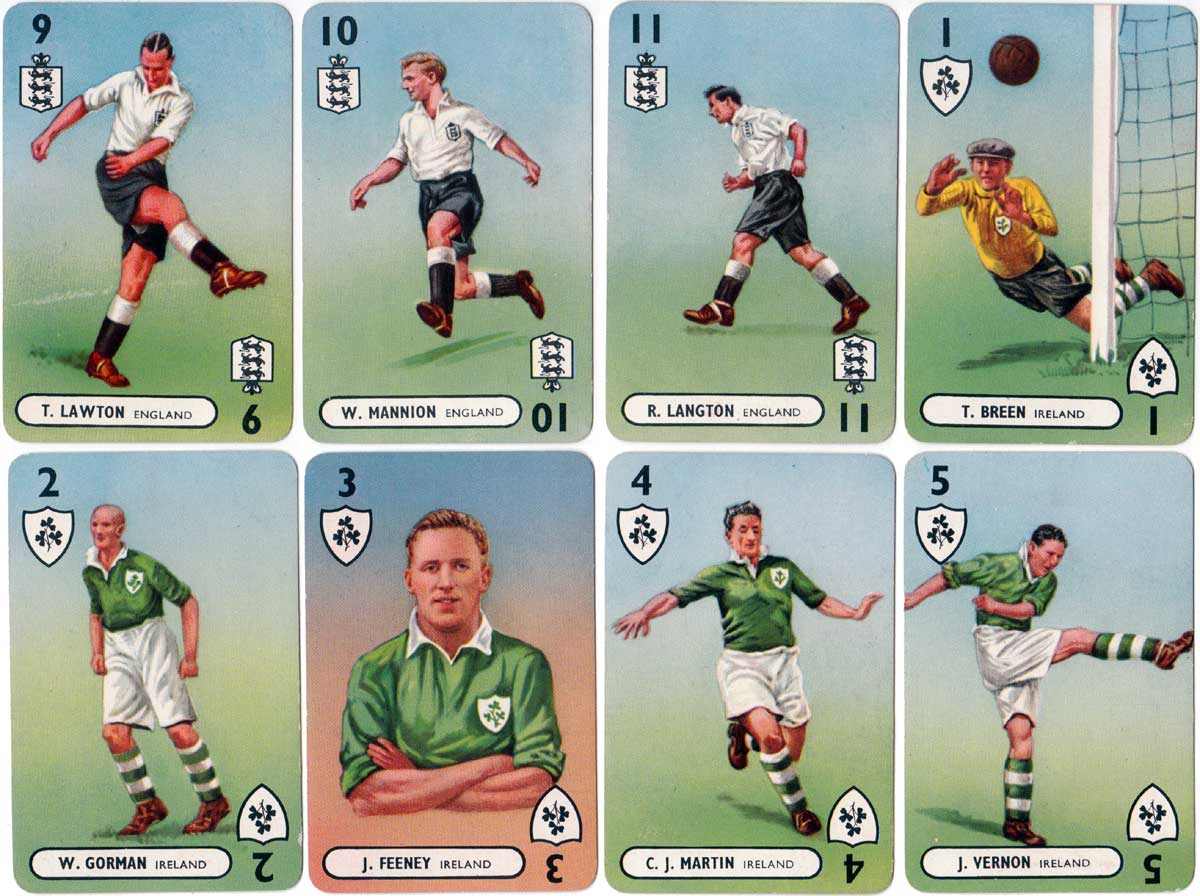 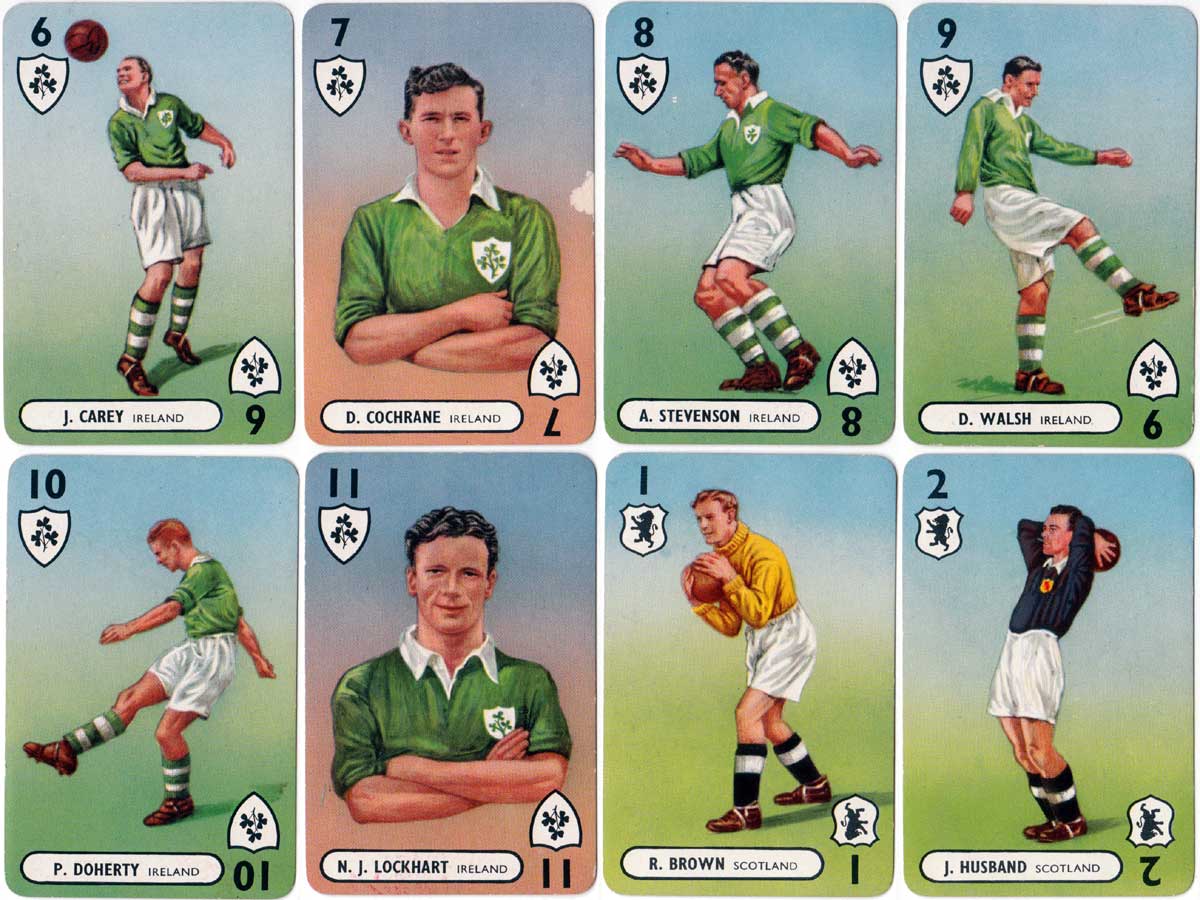 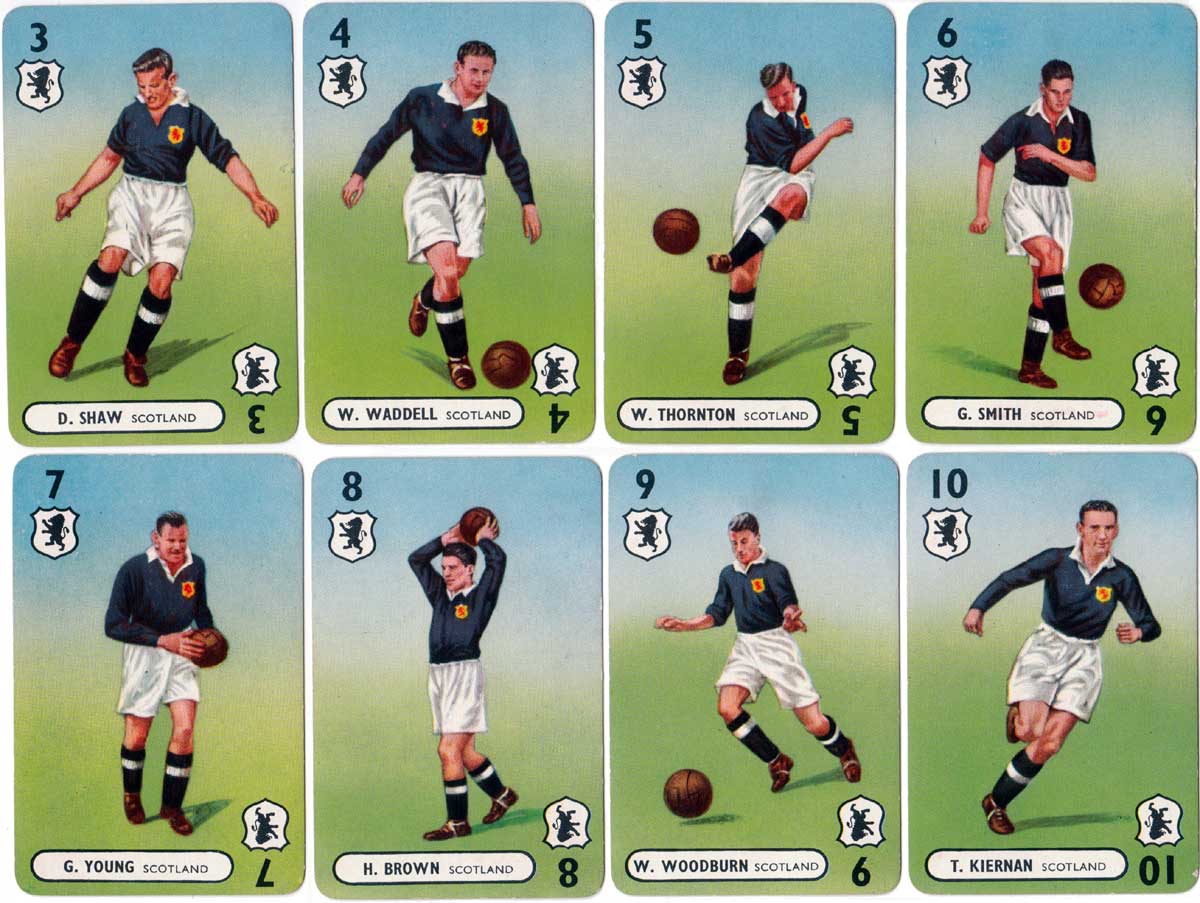 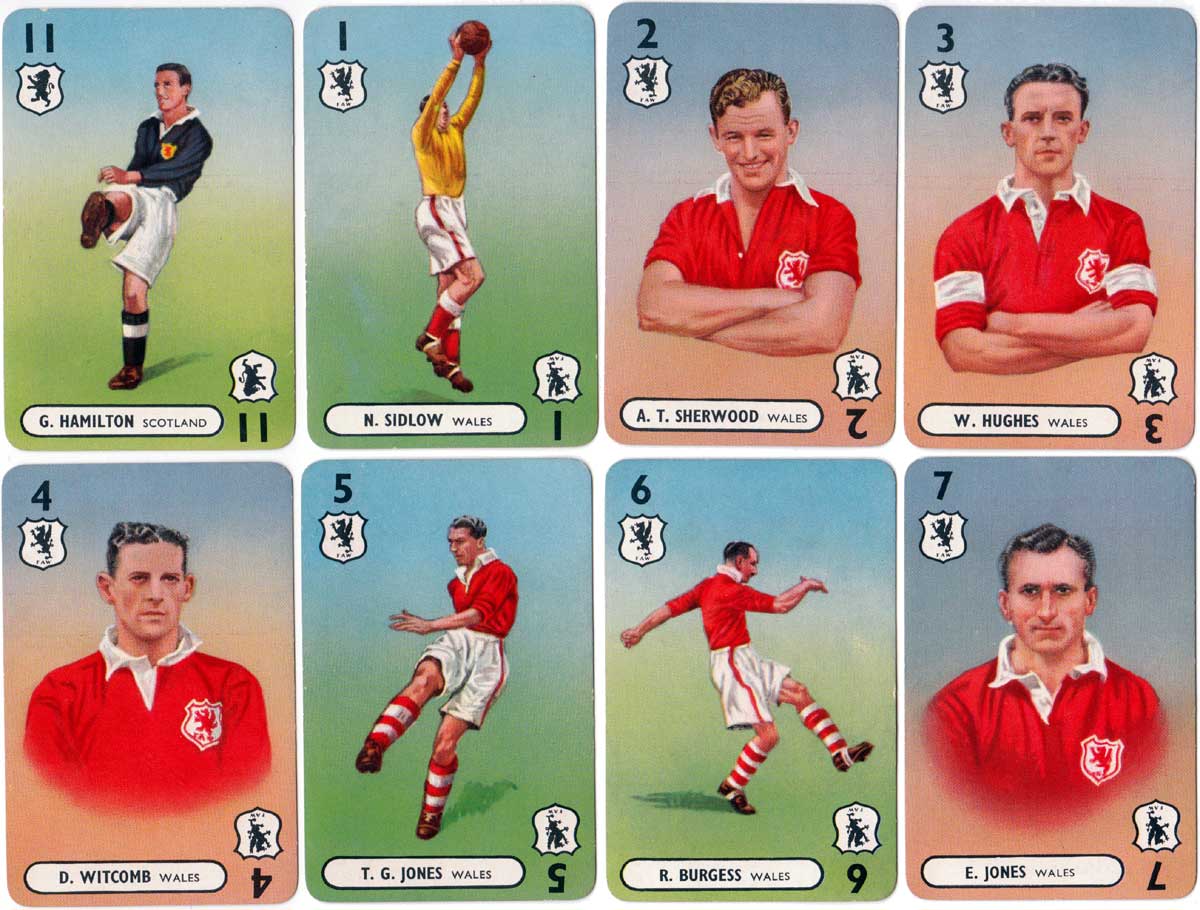 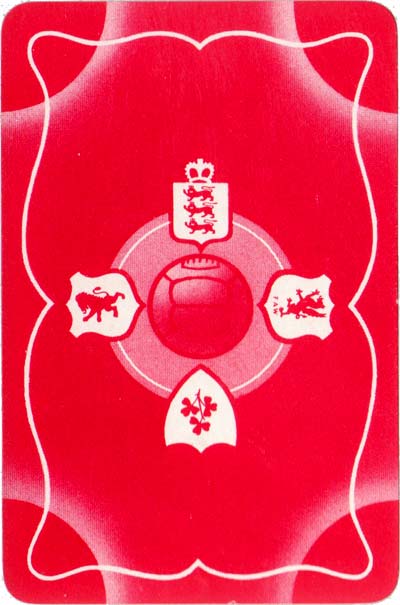