Penalty was invented by Ernesto Scola of Milan working with a team of twelve specialists who took five years including playing 18,000 trial games to develop the game. It was first published on the continent and in South America before being published and distributed in the UK by Pepys in the 1960s. The game describes itself as “A game of skill for 2 to 6 players”, but in reality is a two-person game, one of the classic father-son games from a bygone era we used to play on dark winter evenings after dinner was cleared away. See the Rules► 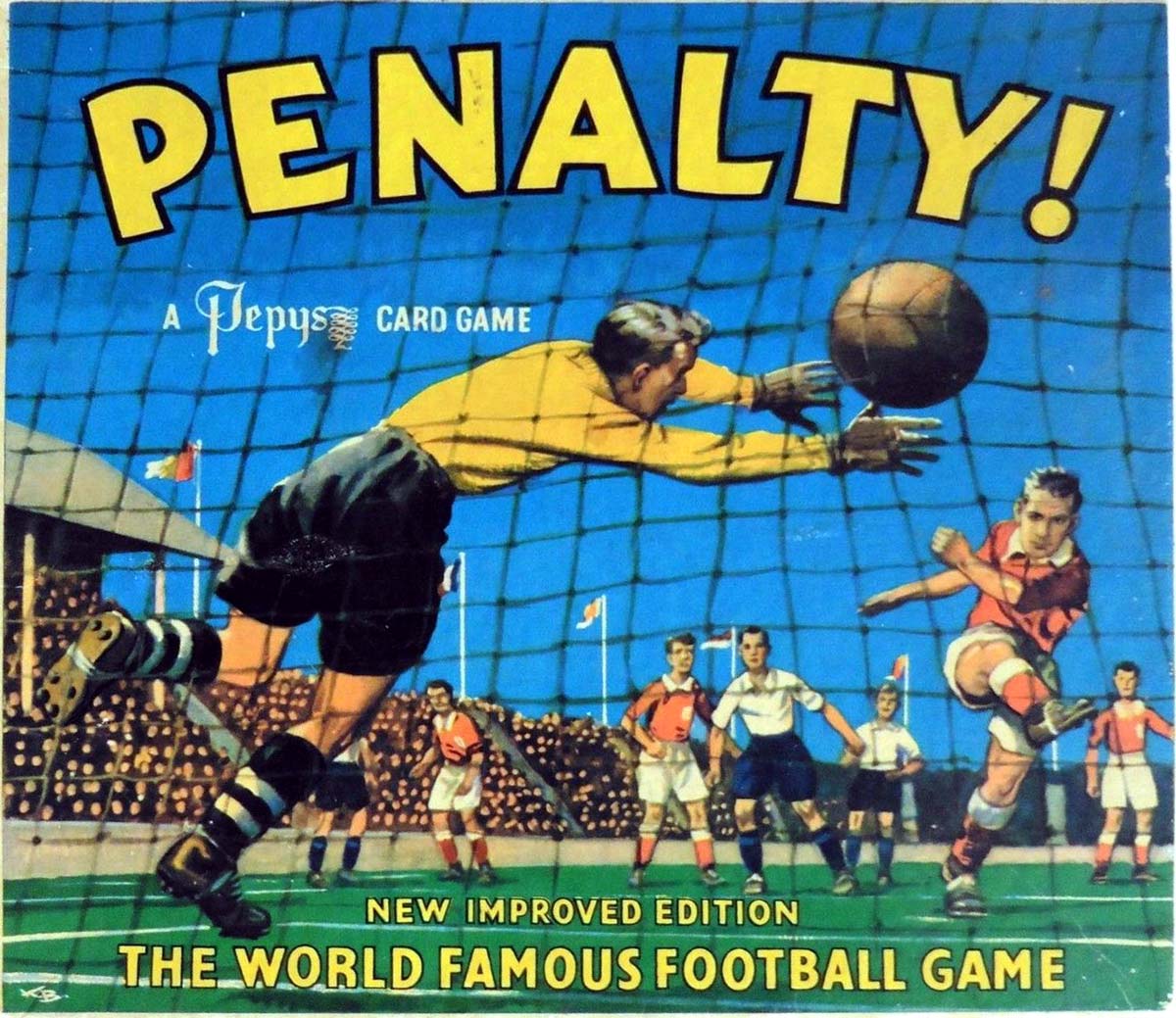 Above: box from the 3rd edition which included a wooden ‘ball’. Subtle differences to the artwork can be seen between the first editions. 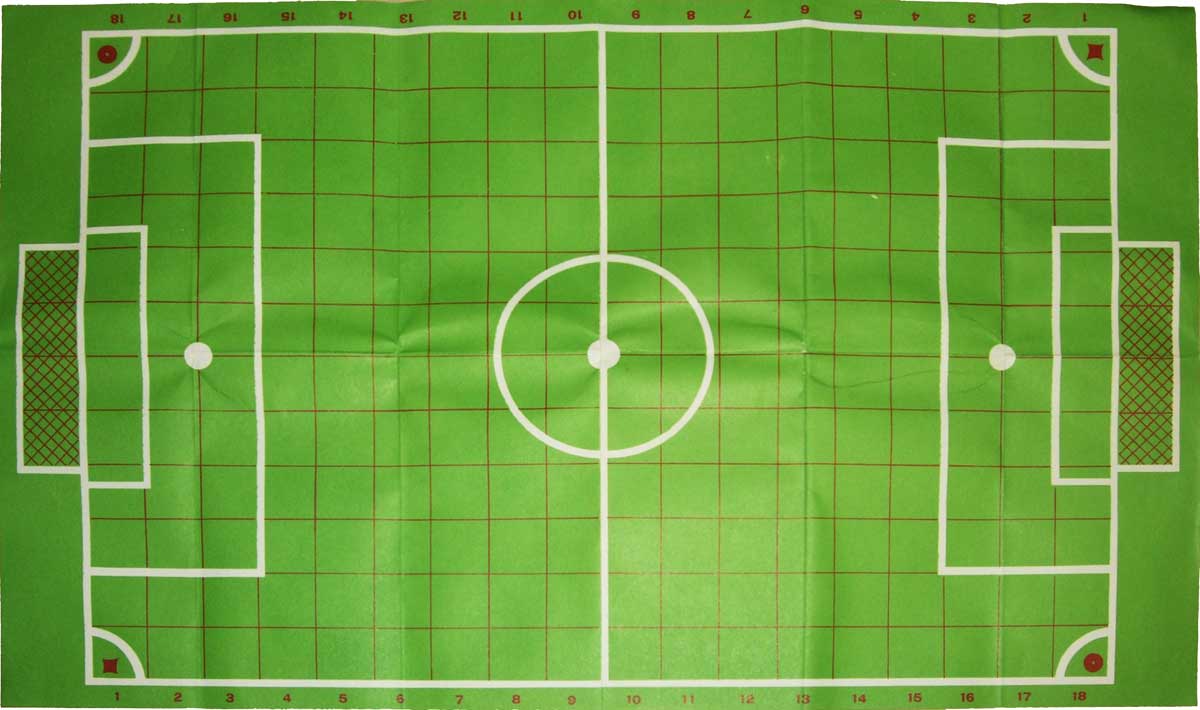 Above: the game simulates a game of football. As such it is a game of two halves and the object is to score more goals than your opponent. Play follows the standard football rules but moves are made by the playing of cards which dictate the position of a ‘ball’ on a paper pitch. 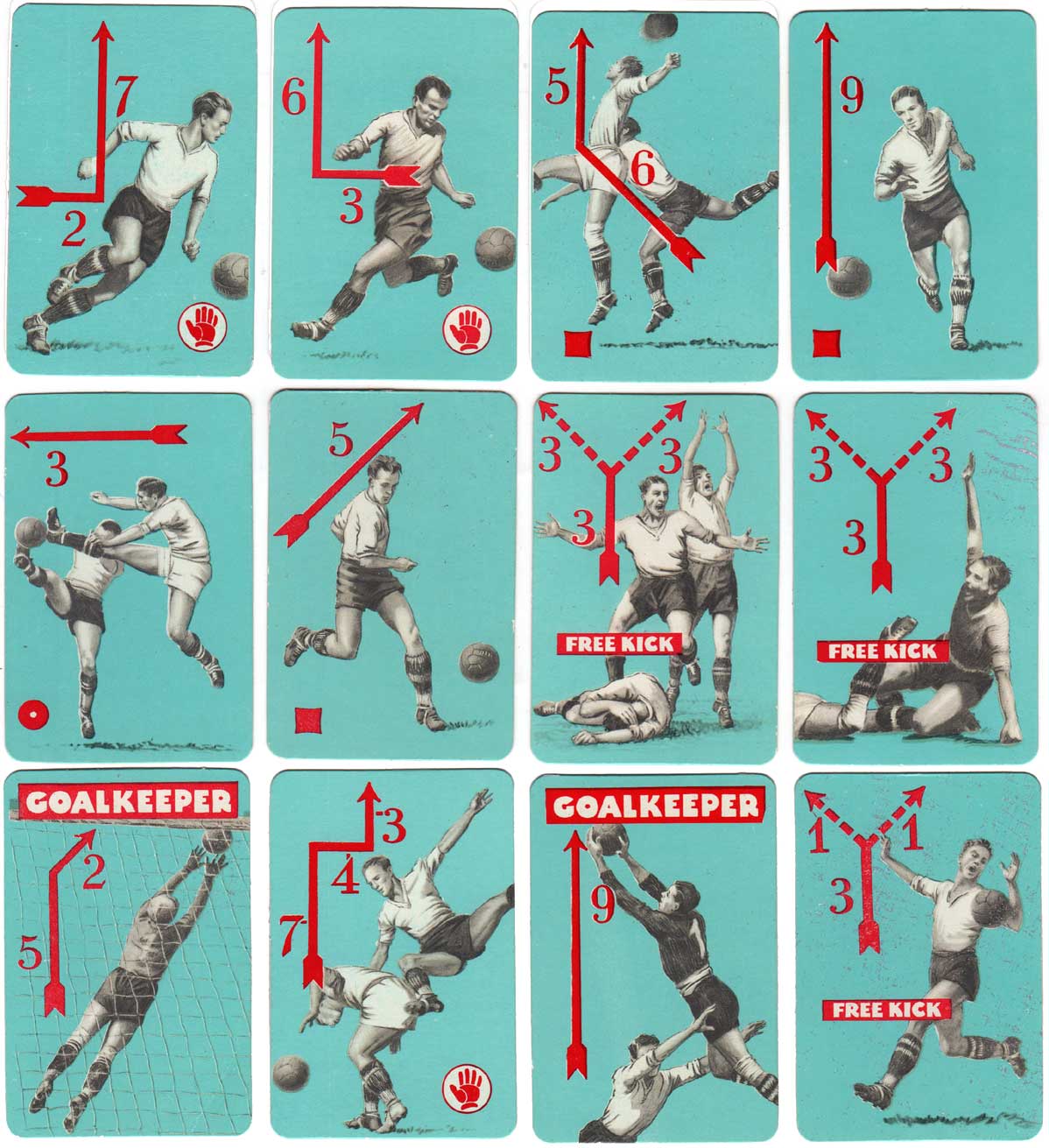 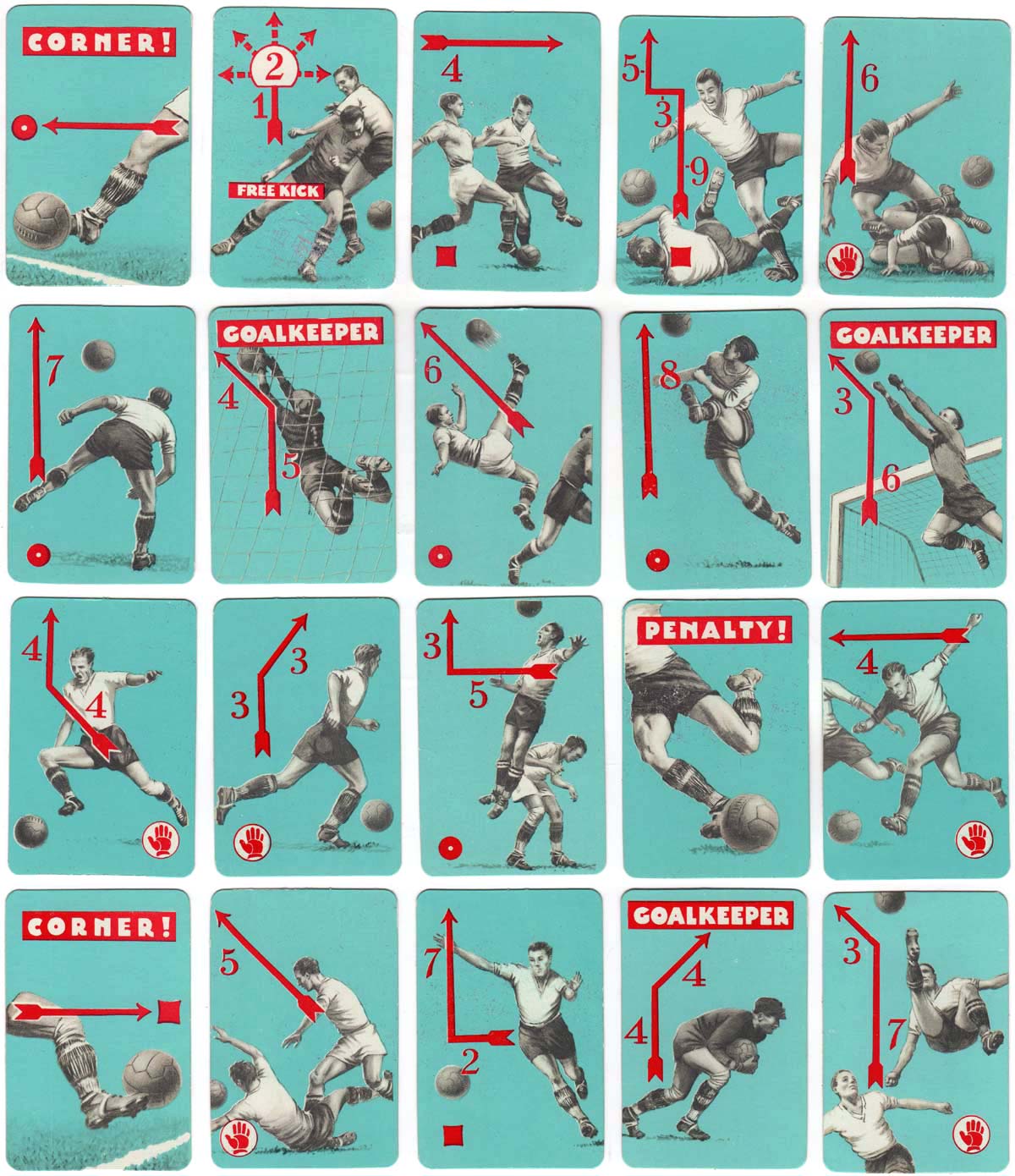 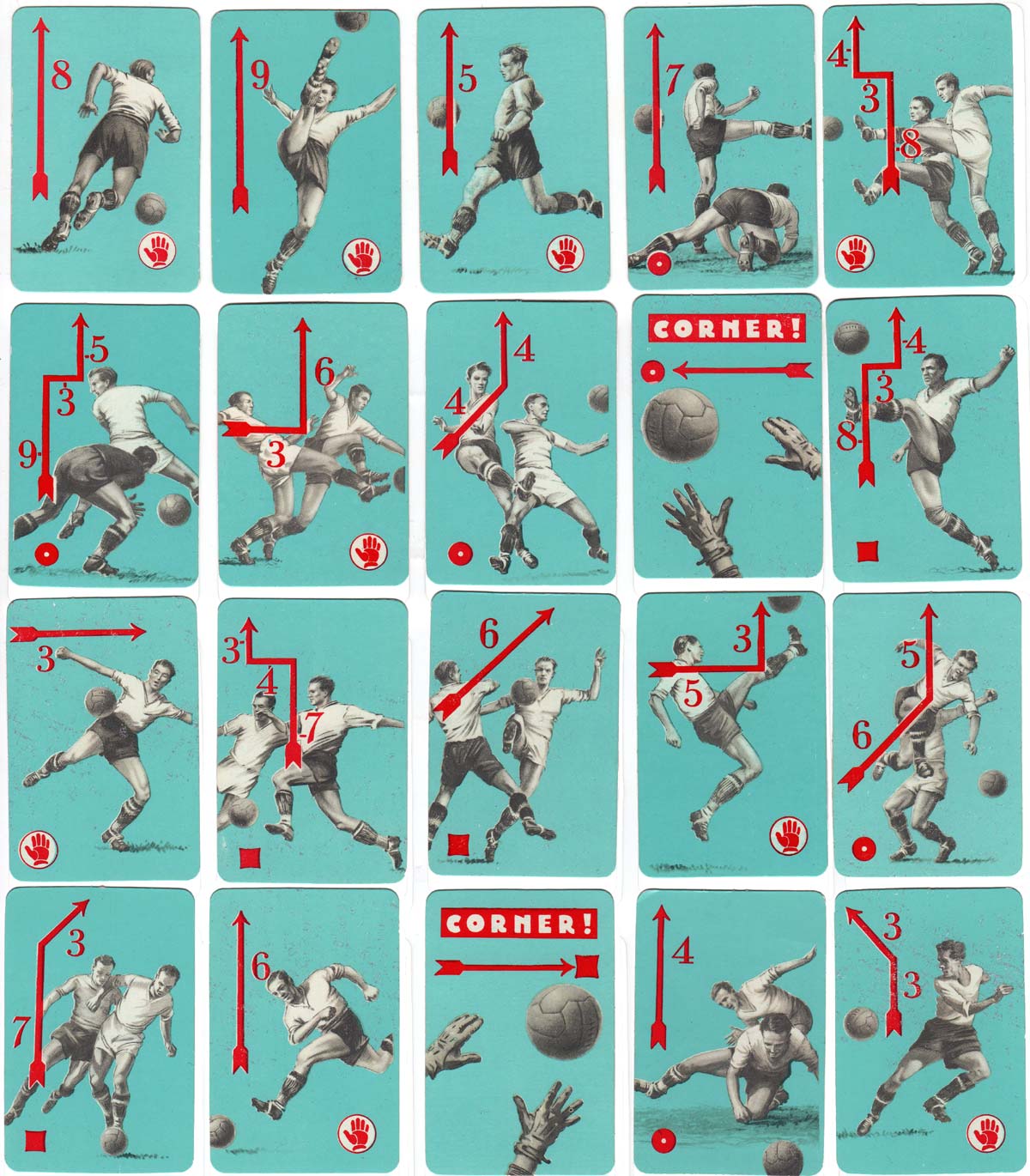 Above: Penalty table-top card game published by Pepys Games in c.1960. In 2010 the game was re-released under the title "Goal" by Lagoon group, with allegedly the same art work etc as the earlier versions.