Stocks & Shares card game was first published by Pepys Games in 1957. It is a Double Feature game in that it also includes coloured counters, toy currency, share certificates and share value scoring boards. Basically it is an updated version of Win-A-Lot which had been published in 1951. The 1951 date on the share certificates was not changed although the company names were. During the game share values rise and fall depending on which cards affect them. The object is, by buying and selling shares, to be the player with the most money at the end of the game. 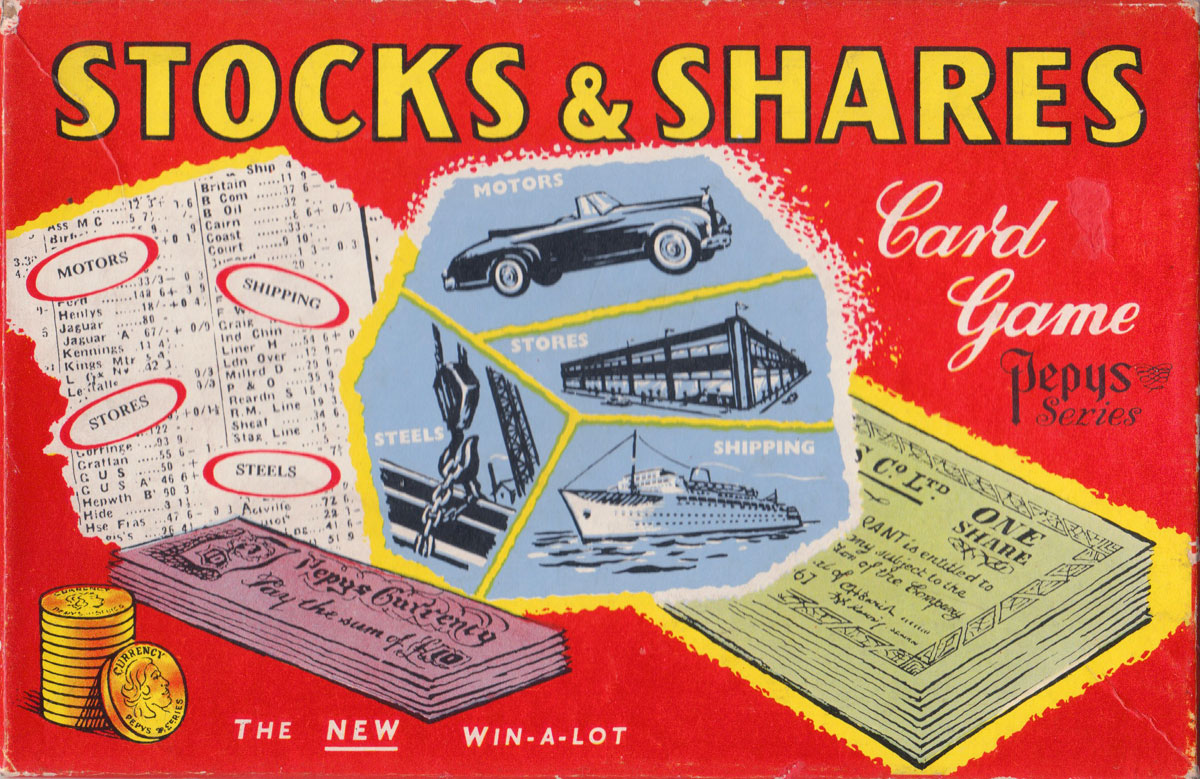 Above: box from 1st edition of Stocks & Shares card game by Pepys, 1957. In the second edition the metal coins are replaced with £1 paper notes. (Click image to zoom). 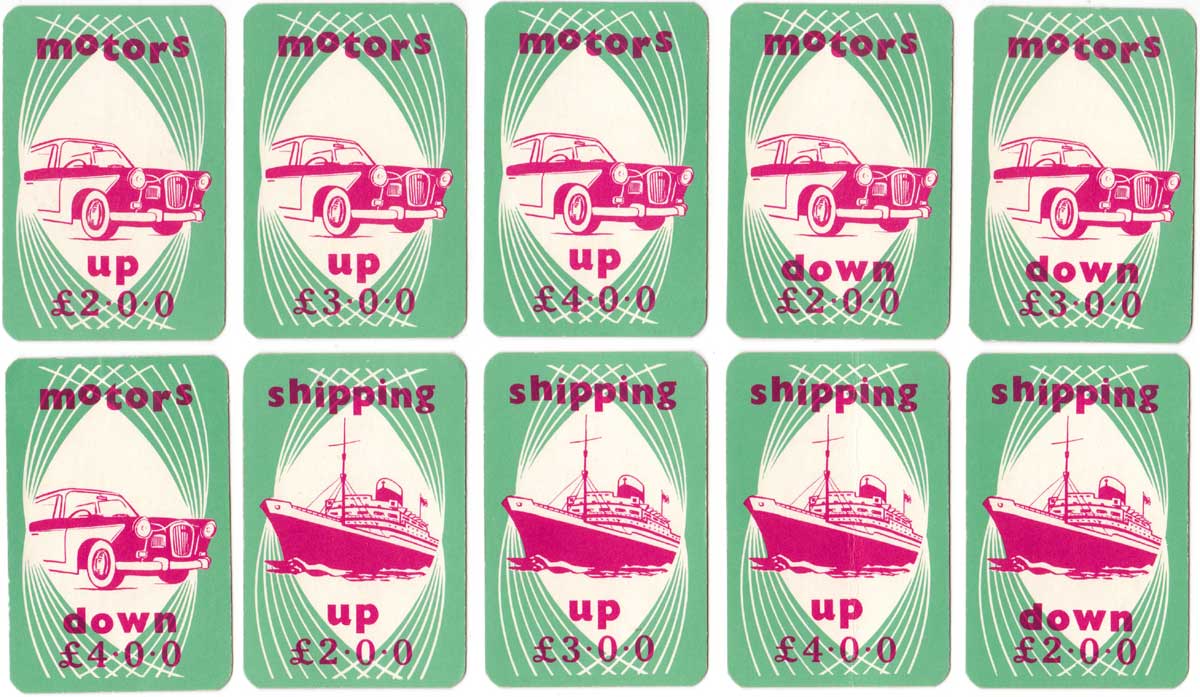 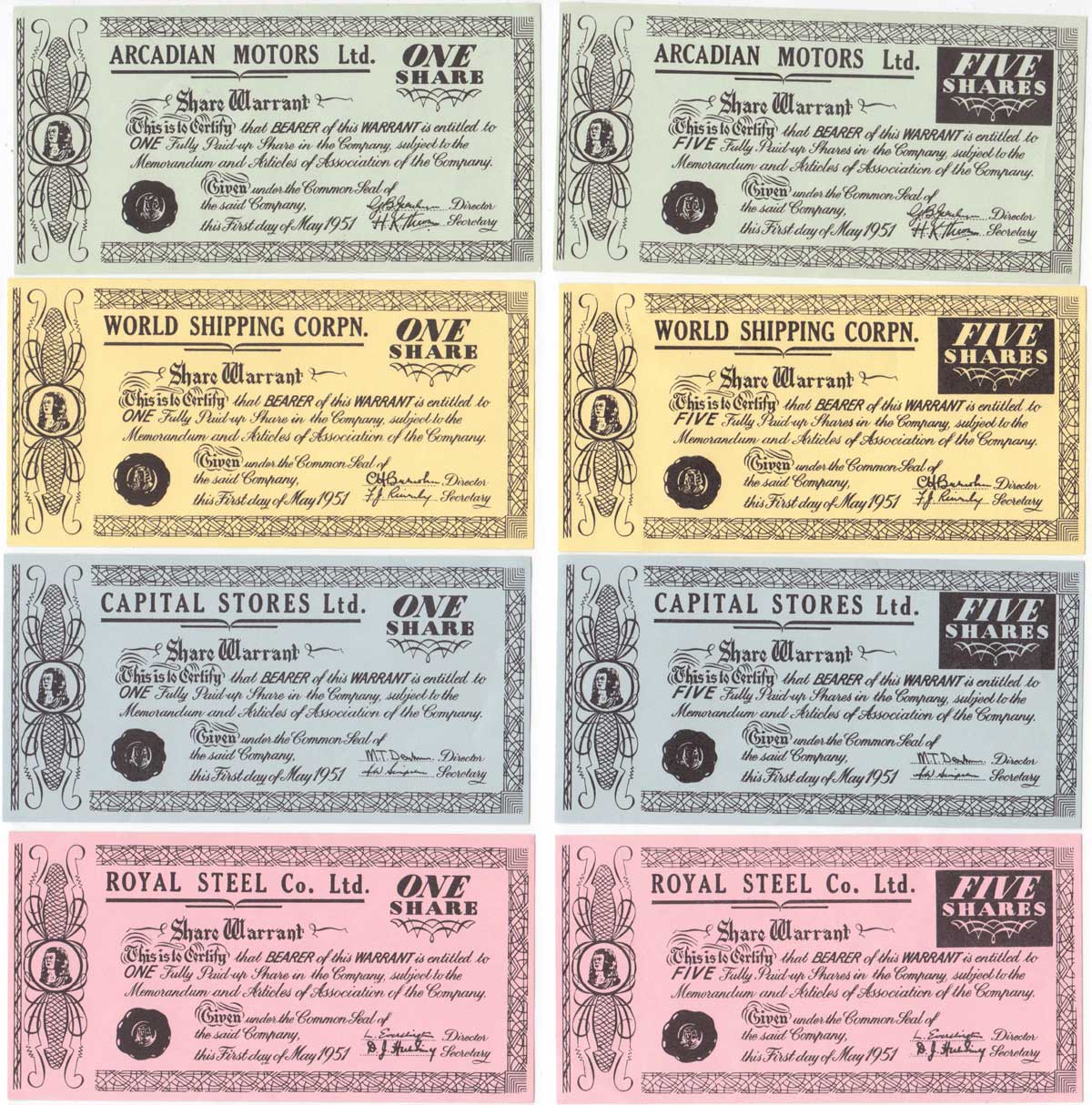 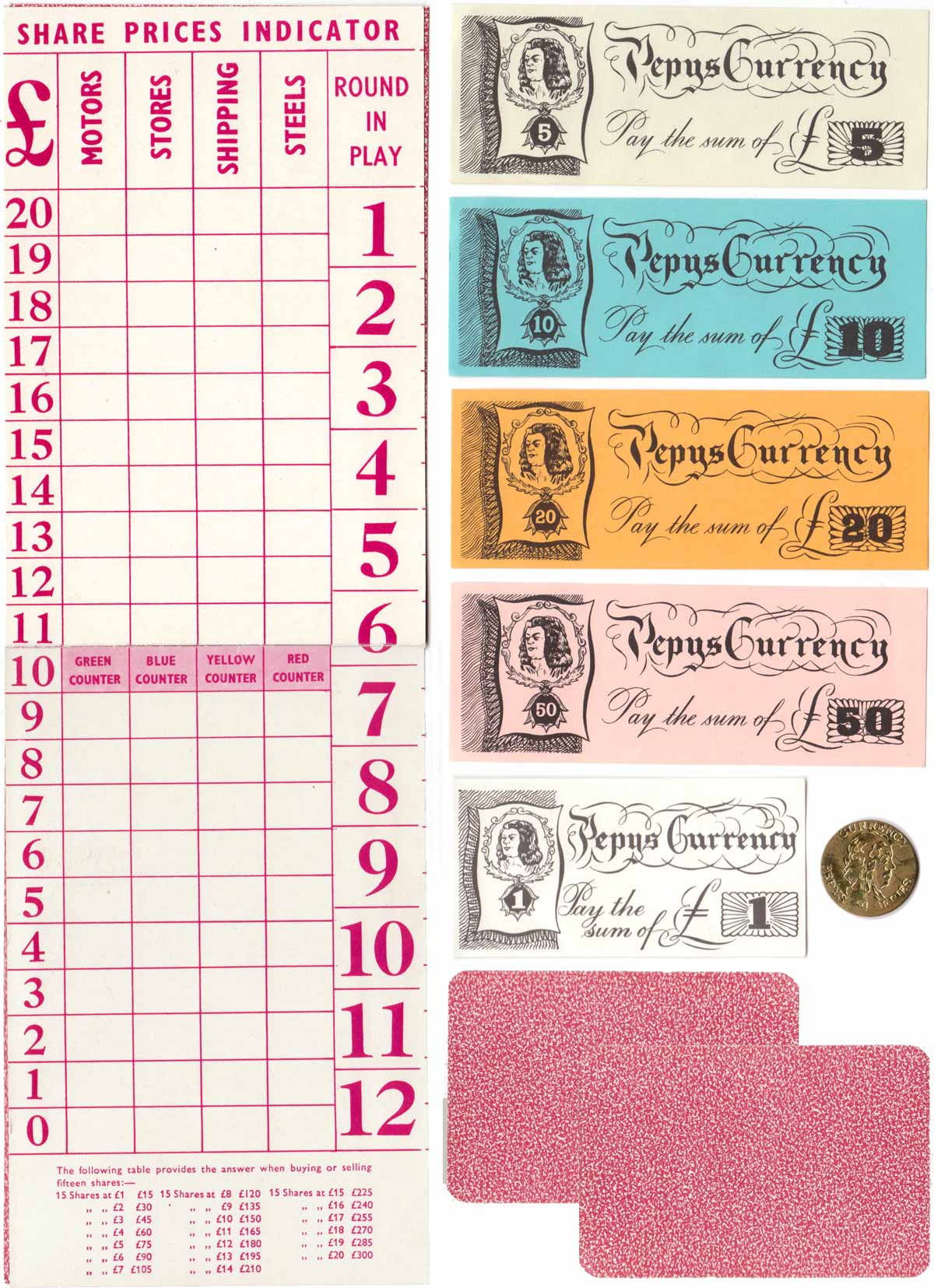 Above: Stocks & Shares card game first published by Pepys Games in 1957 and then again in 1960 with the metal £1 coins replaced with paper currency. 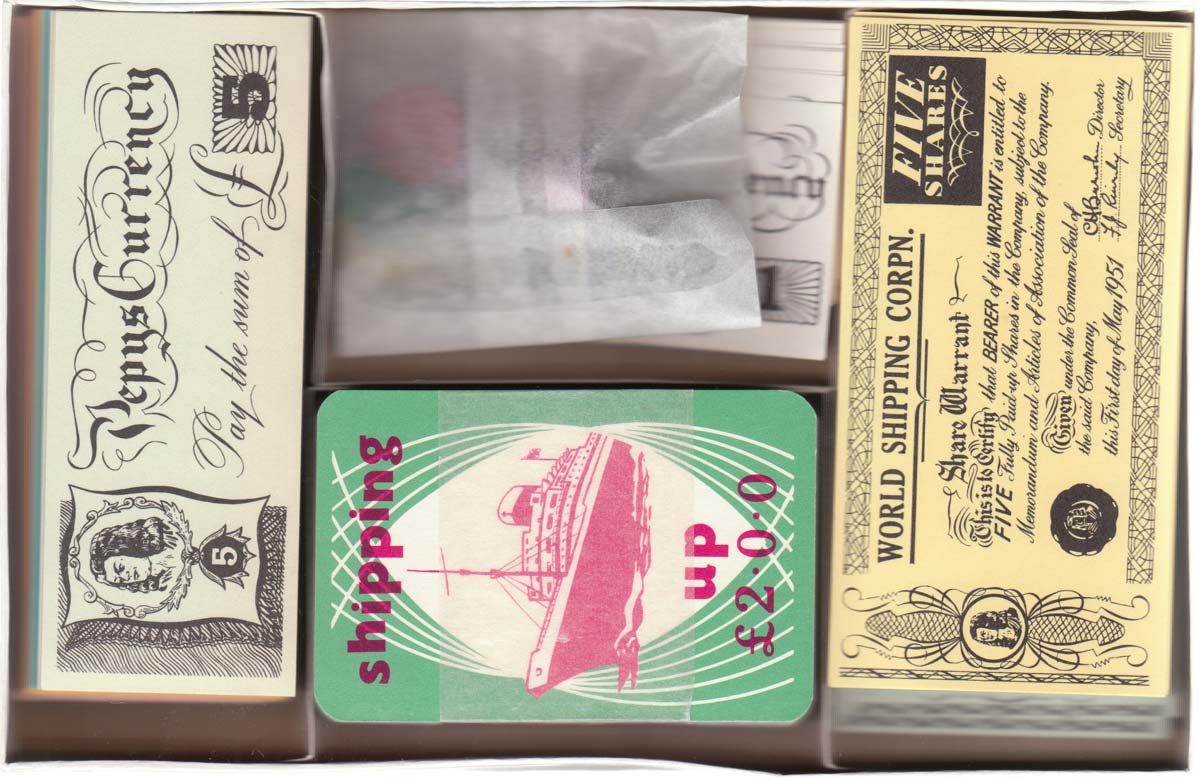