Win-A-Lot by Pepys was issued first in 1951 as a “Double Feature” game with toy currency, share certificates, an indicator board and playing cards. The box was unchanged for the second edition as were the cards. See the Box►

The share certificates were the same in both editions but in the second (also dated 1951) the 5 share certificates had a white background figure which made them more easily distinguished. The money changed colour from one edition to the other. The playing pieces were the same in both editions viz metal money tokens and little domed counters, also metal, for use on the indicator board. 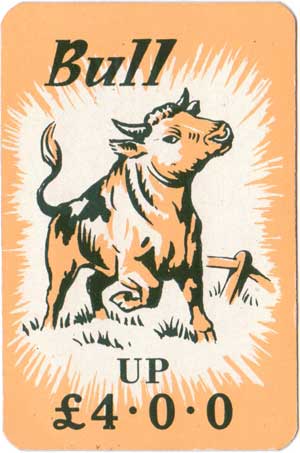 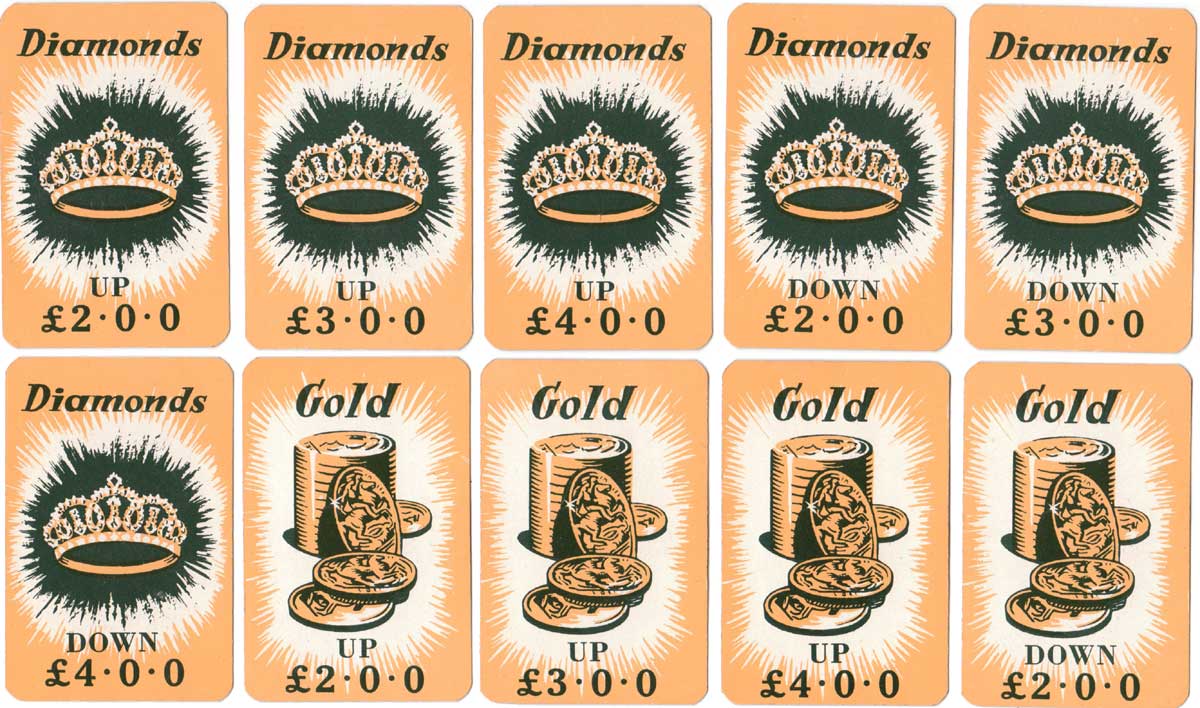 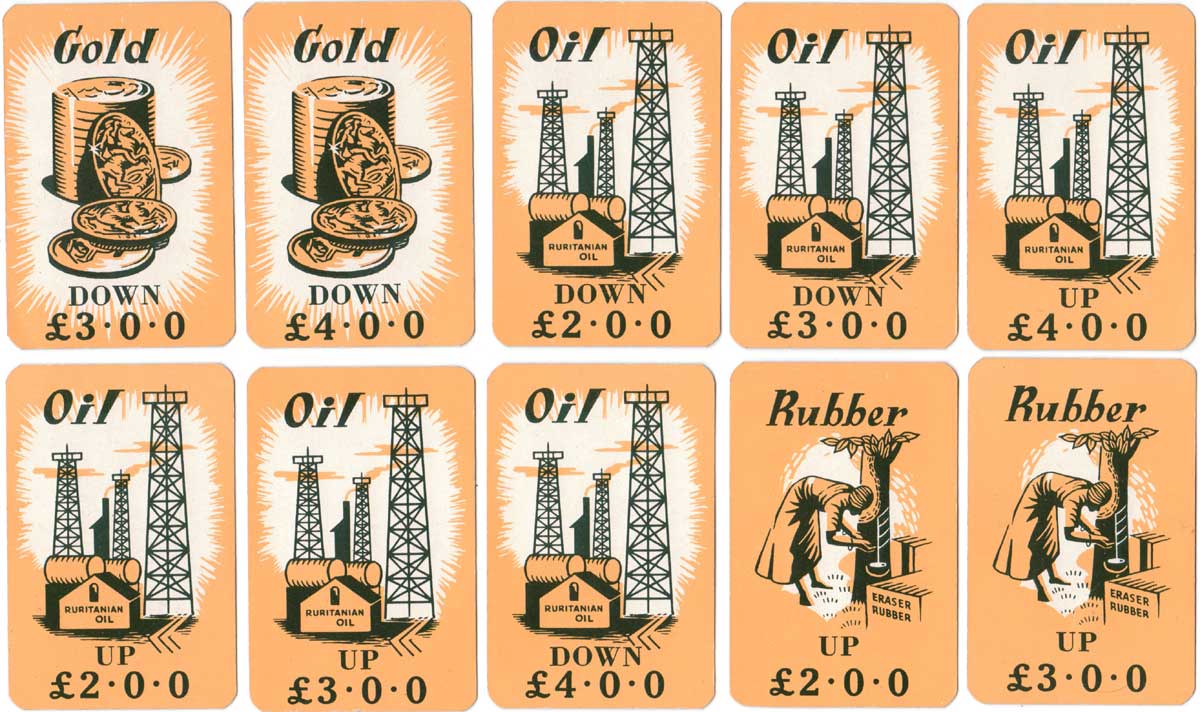 Four sets of share warrants amounting to 28 shares in each of 4 companies. A banker is appointed who buys and sells shares between players. See the Rules► 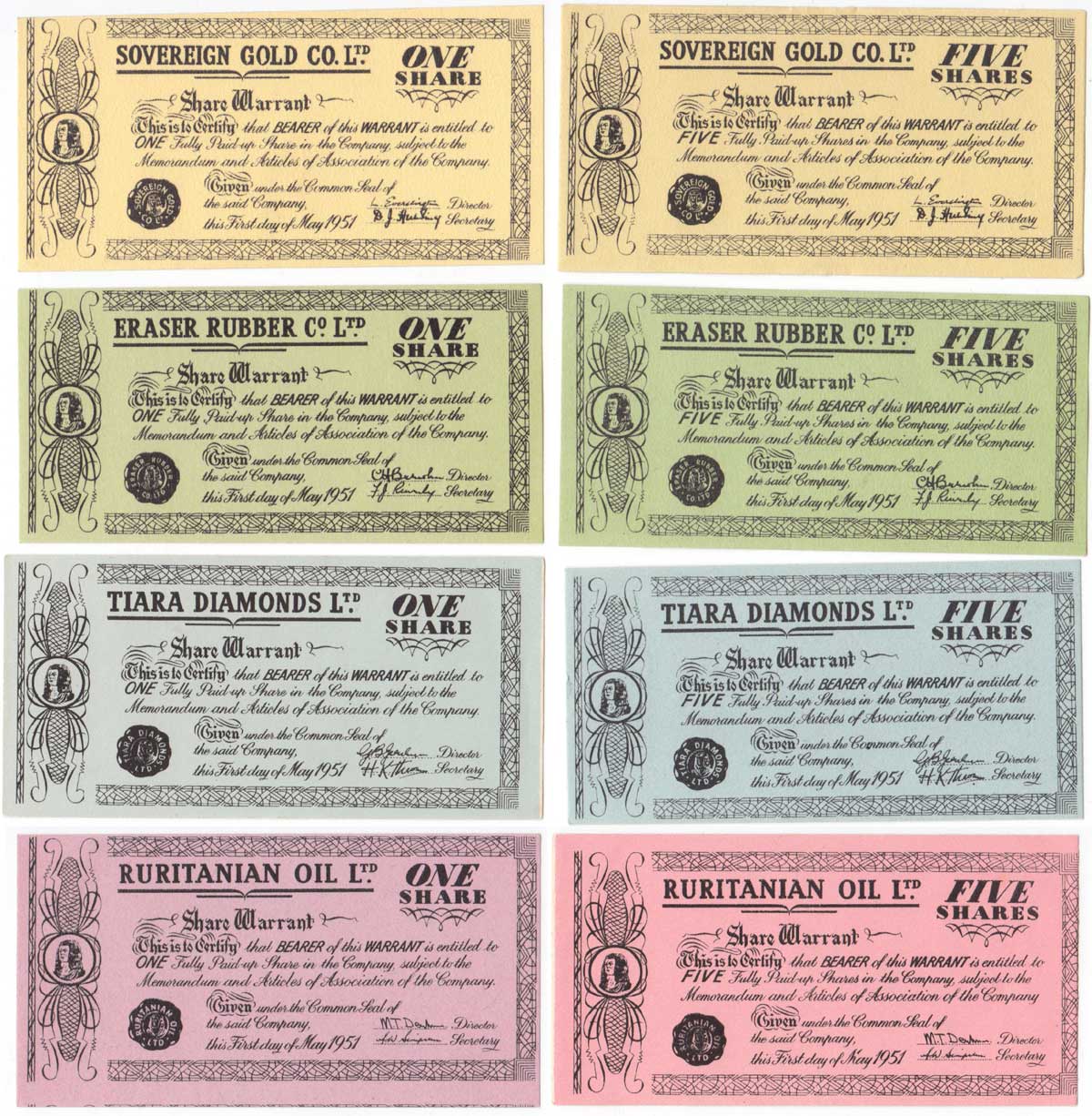 One of the players is appointed scorer and is in charge of the Indicator Board. Counters are used on the Indicator Board to record share values and rounds played, taking into account Bull or Bear cards, etc. In the second edition of Win-A-Lot the Indicator board was twice as long and folded in half to fit the box. 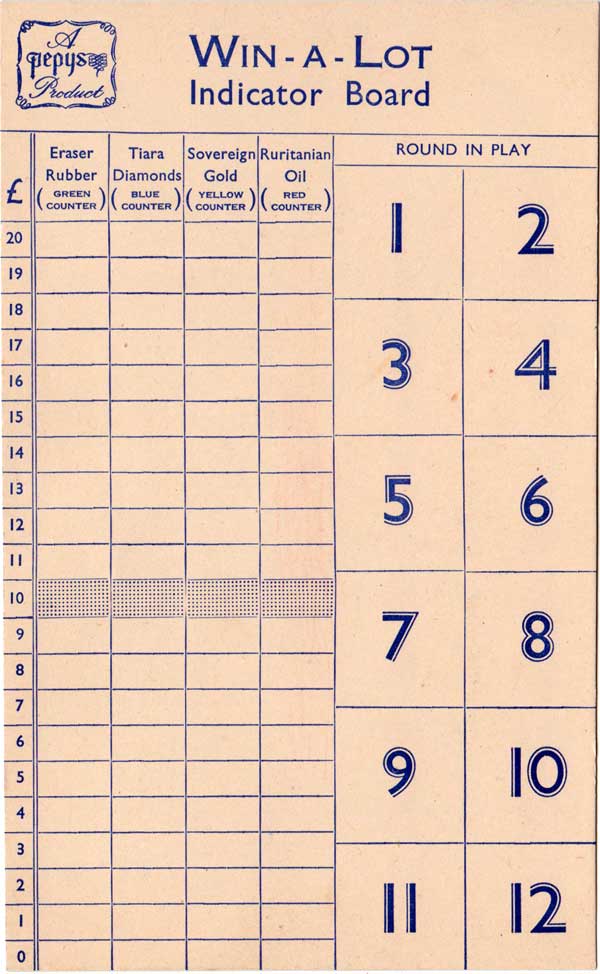 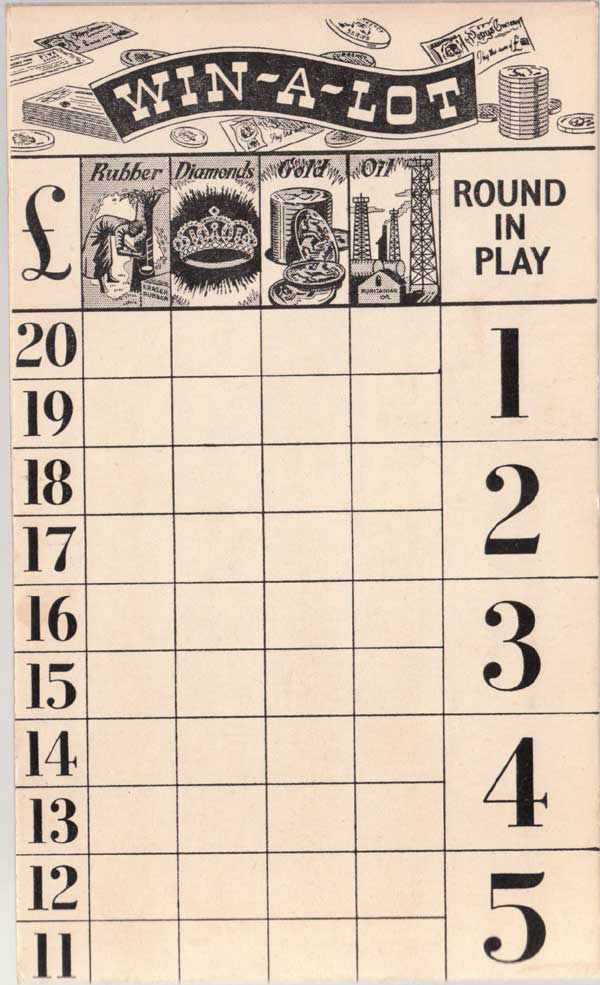 The Currency in the game consists of coins representing £1 and notes of £5, £10, £20 and £50. The objective is, by buying and selling shares, to be the player with most money at the end of the game.

In the second edition (also dated 1951) the share certificates had a white background figure making them more easily distinguished. The money changed colour from one edition to the other. 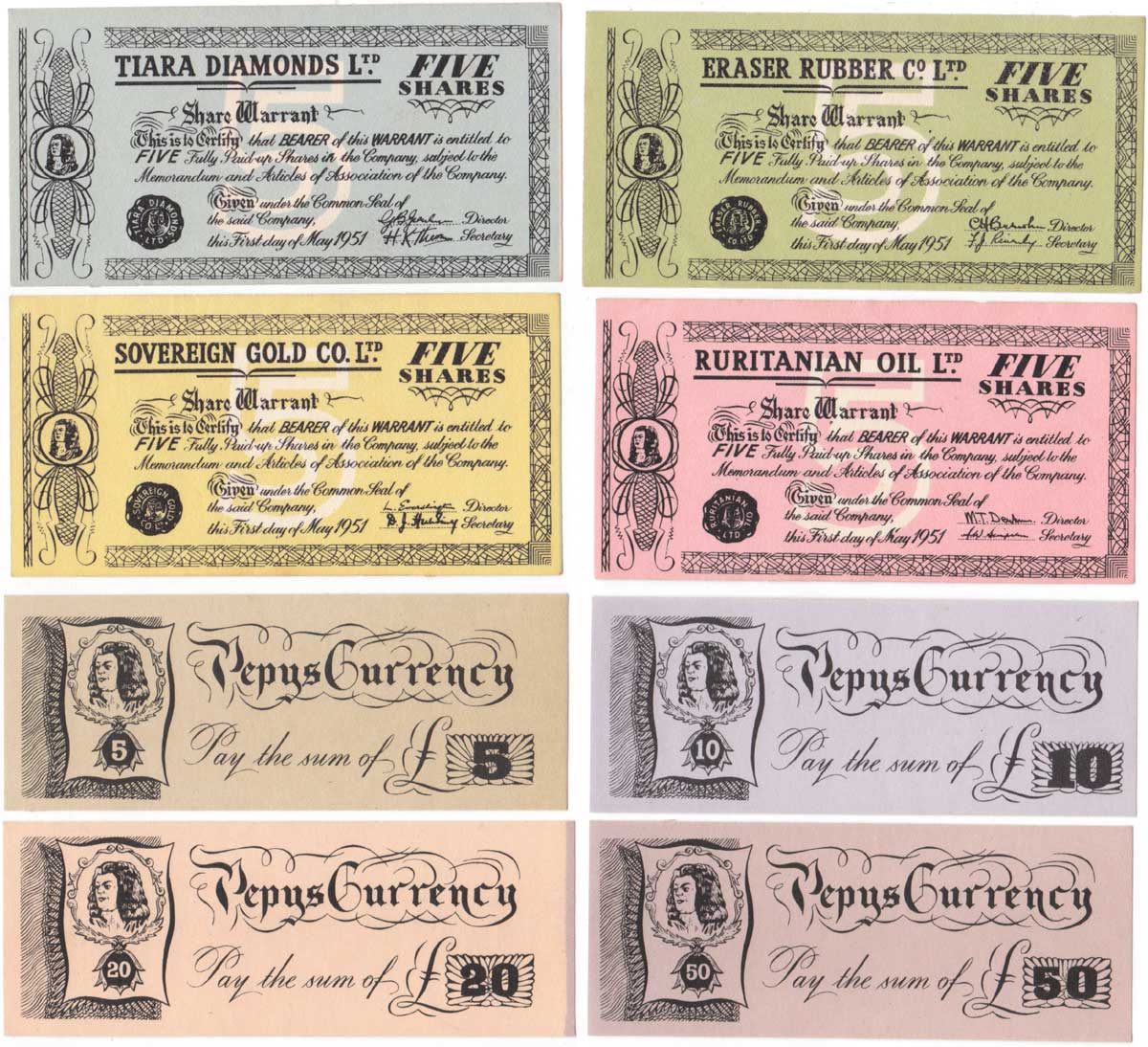