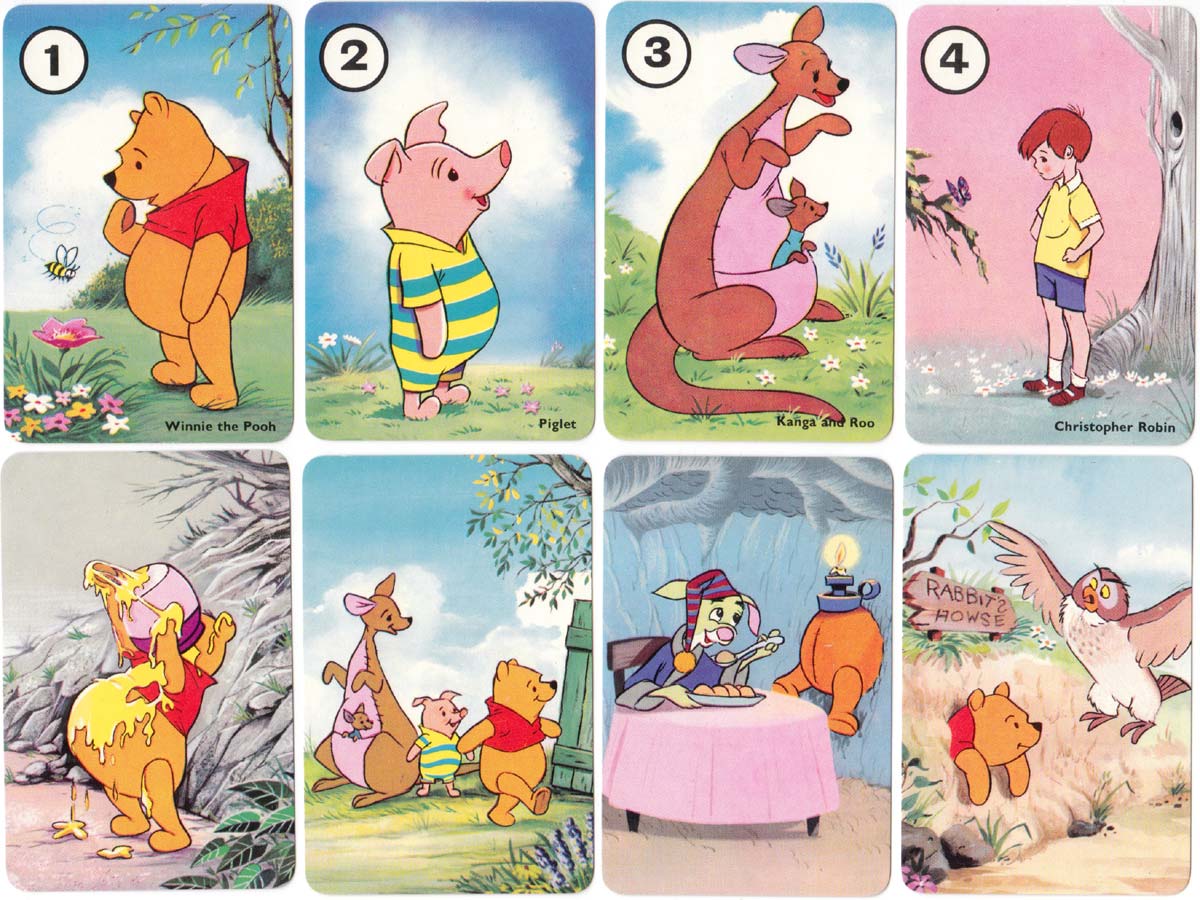 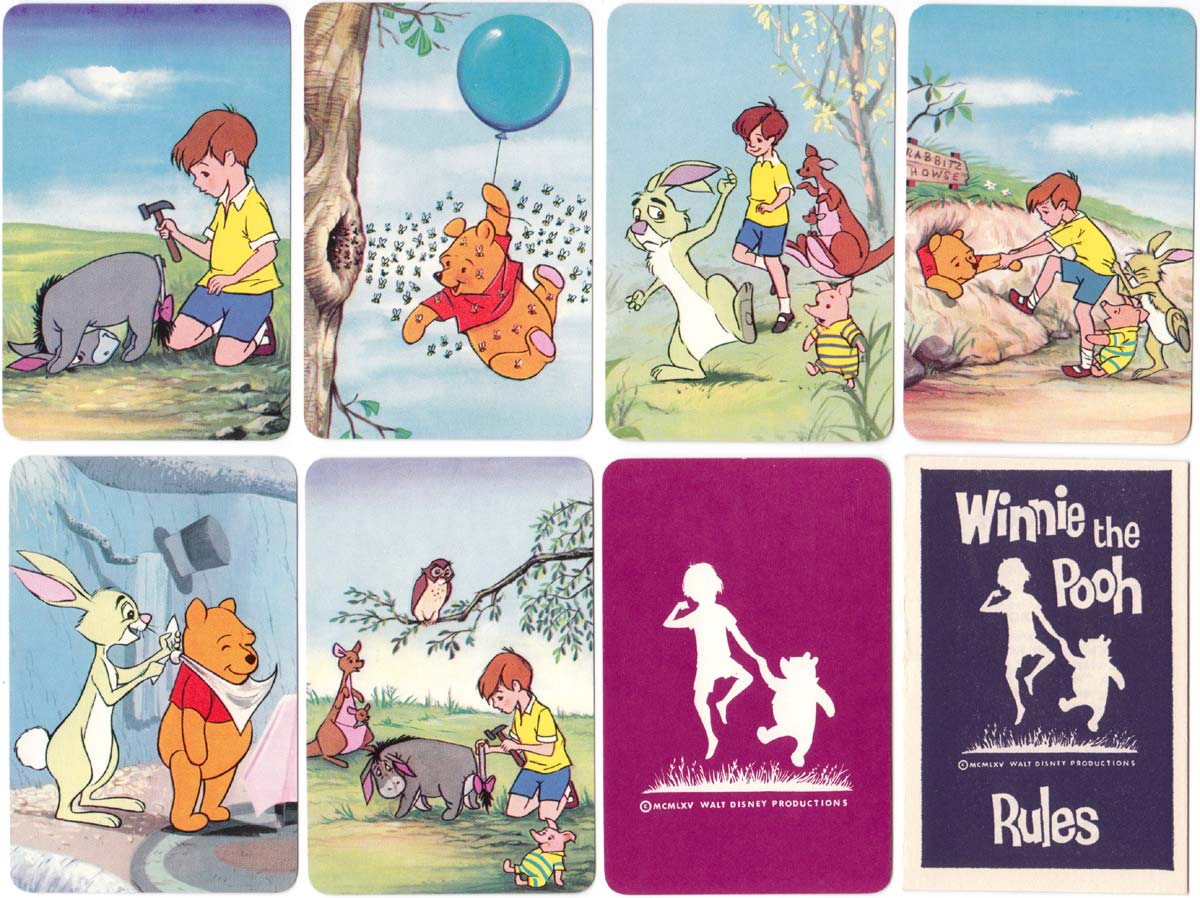 Above: Winnie the Pooh card game published by Pepys Games 1965, which also includes a map of Hundred Acre Wood. 44 cards + rules booklet + map in box. From the collection of Rex Pitts. 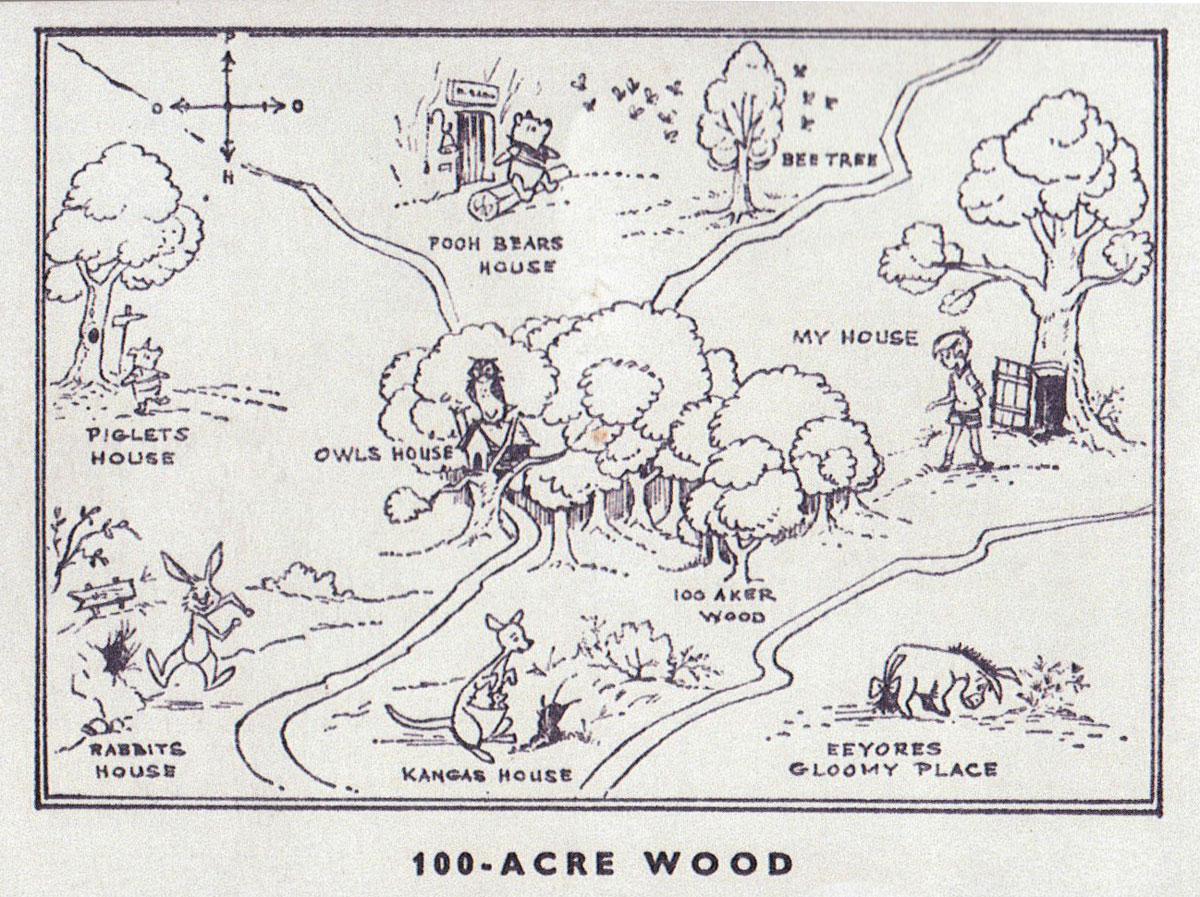