Sergeant-Major card game devised by W.G.Smith, Birmingham (UK). The pack contains 60 cards in two 'suits’ - red and blue, made up of: Private; Corporal; Colonel; General; Sergt-Major; Commr-in-Chief; Sergeant; Lieutenant; Captain; Major & Mr. Secretary. The object of the game is to capture the enemy rank and file. 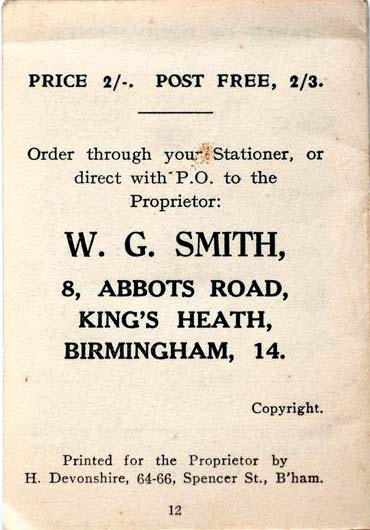 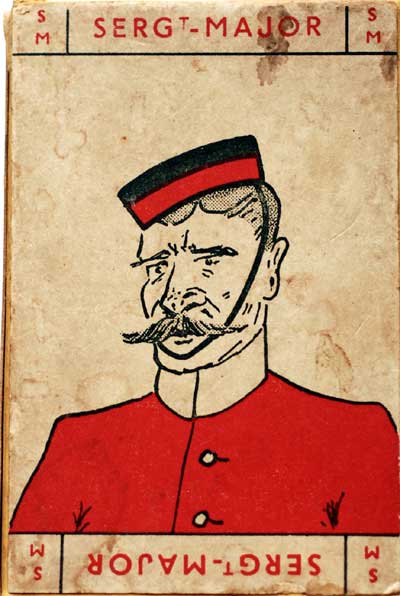 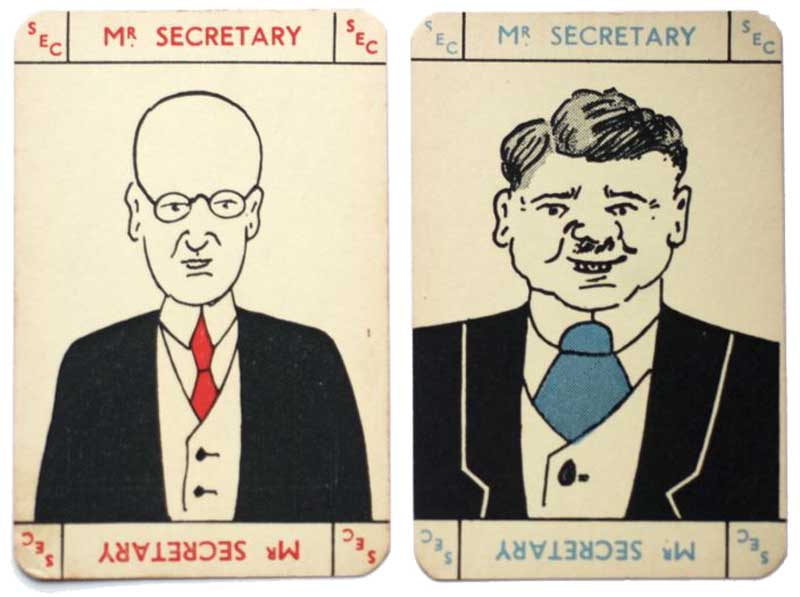 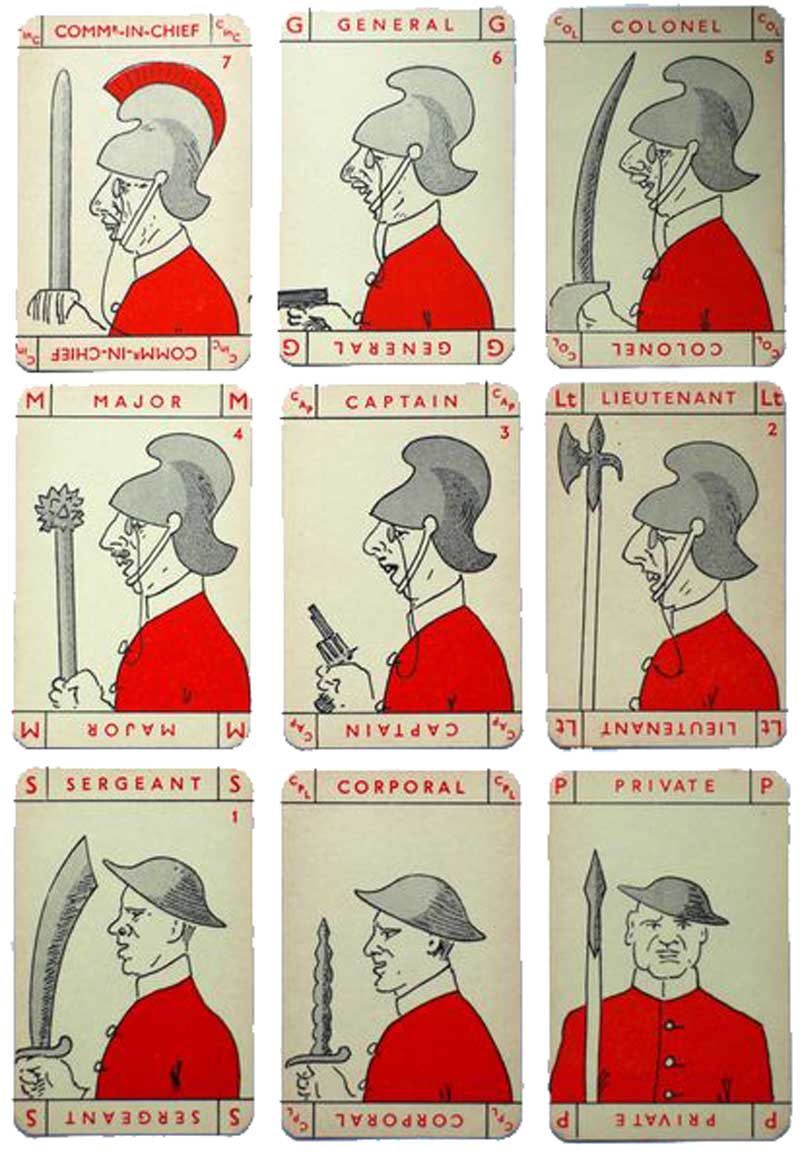 Above: Sergeant-Major card game devised by W.G.Smith, printed by H.Devonshire, Birmingham. 60 cards + rules booklet in box, plain backs. The 2 x Mr.Secretary cards are intriguing, but the only resemblance to anyone is Ernest Bevin in the 1940s. He had round glasses, but he wasn't bald. The other one looks familiar too, but no real idea. They are probably just invented characters. Why the Commander in Chief is wearing such a helmet & carrying a sword is a puzzle. From the collection of Angela Marsh. 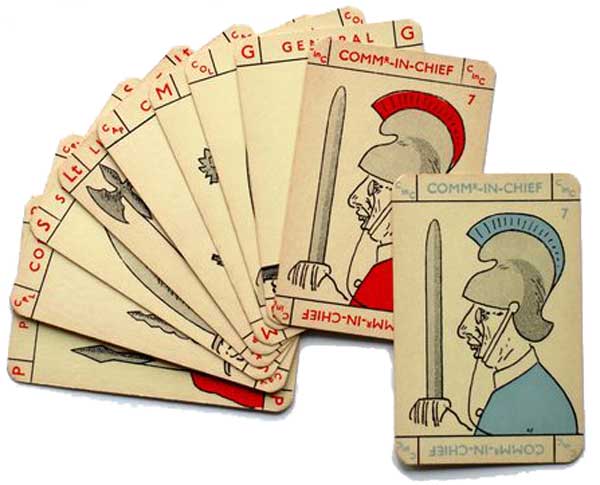