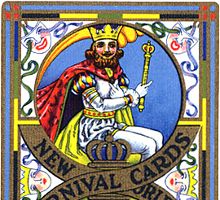 The Carnival Playing Card deck was designed by Harry D. Wallace (1892-1977) and originally published in 1925 by the Carnival Playing Card Co., New Orleans. The court cards are beautifully coloured, artistic versions of the standard faces and each of the four suits represents a different Mardi Gras figure. Spades are Proteus, a sea god who has the power to change his form at will. Hearts represent Comus, the Greek god of festivity and revelry. Clubs are Momus, the Greek god of satire and mockery. Diamonds are Rex, the king of the Mardi Gras. 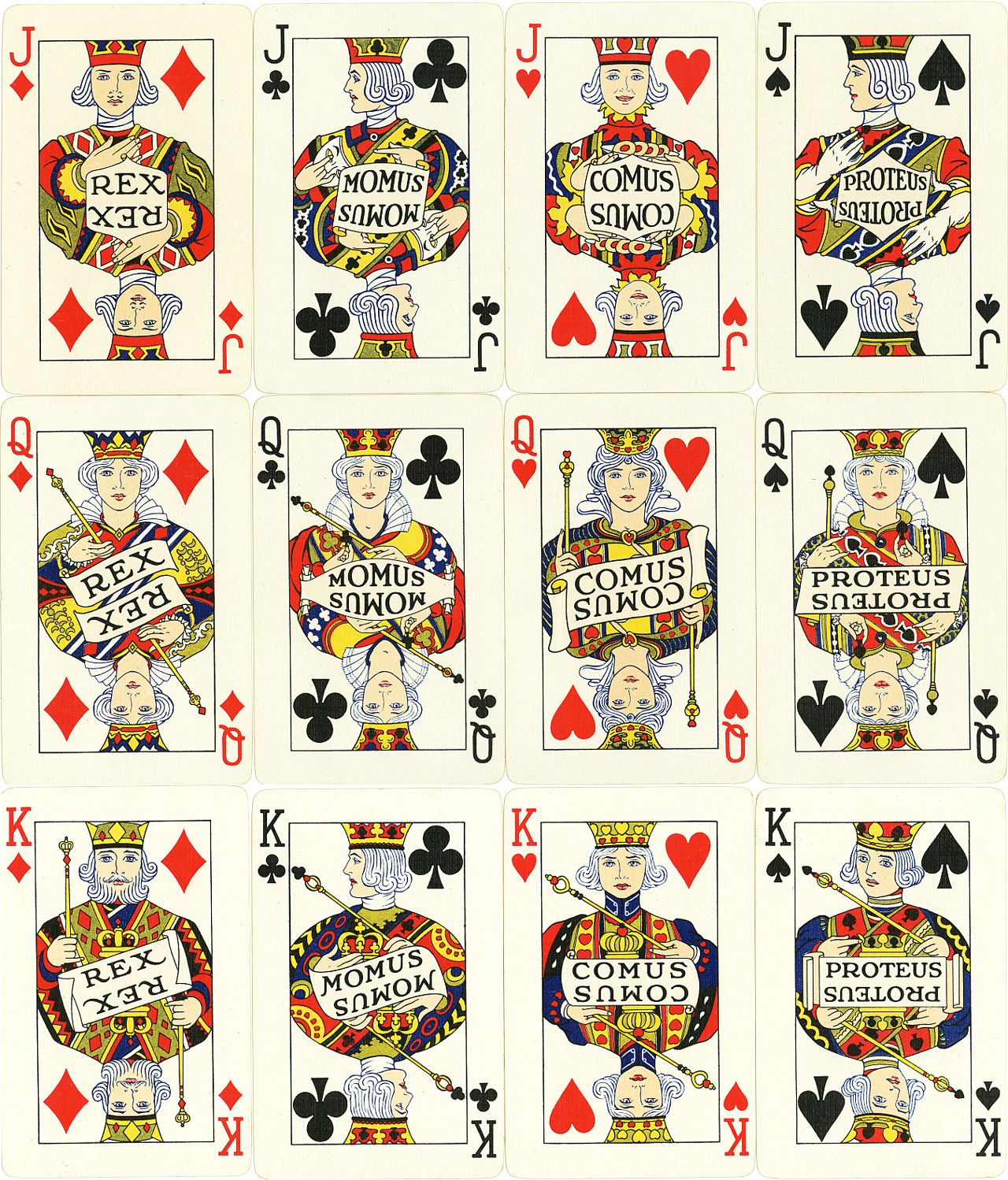 Above: twelve court cards from the Carnival Playing Card deck designed by Harry D. Wallace and originally published in 1925. The ornate design on the Ace of Spades (below) shows two carnival figures holding up a mask with the wording 'Mardi Gras New Orleans'. The Joker says 'Ye Carnival Joker' and has a copyright notice. The Carnival Playing Card deck was also reproduced by the Historic New Orleans Collection in celebration of Mardi Gras in c.1981. Images courtesy Barney Townshend.