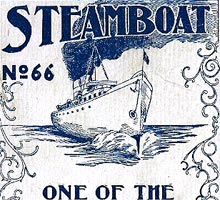 The Kalamazoo Paper Box & Card Co. commenced producing playing cards in 1903. Their first brands included Steamboats, Strollers and Success. The Steamboats deck was probably their least expensive, as was the case with most manufacturers who published a “Steamboat” brand. By 1906 the playing card manufacturing business had grown to such an extent that the company renamed itself Kalamazoo Playing Card Co., and was thereafter devoted exclusively to the manufacture of playing cards, having dropped the paper boxes. 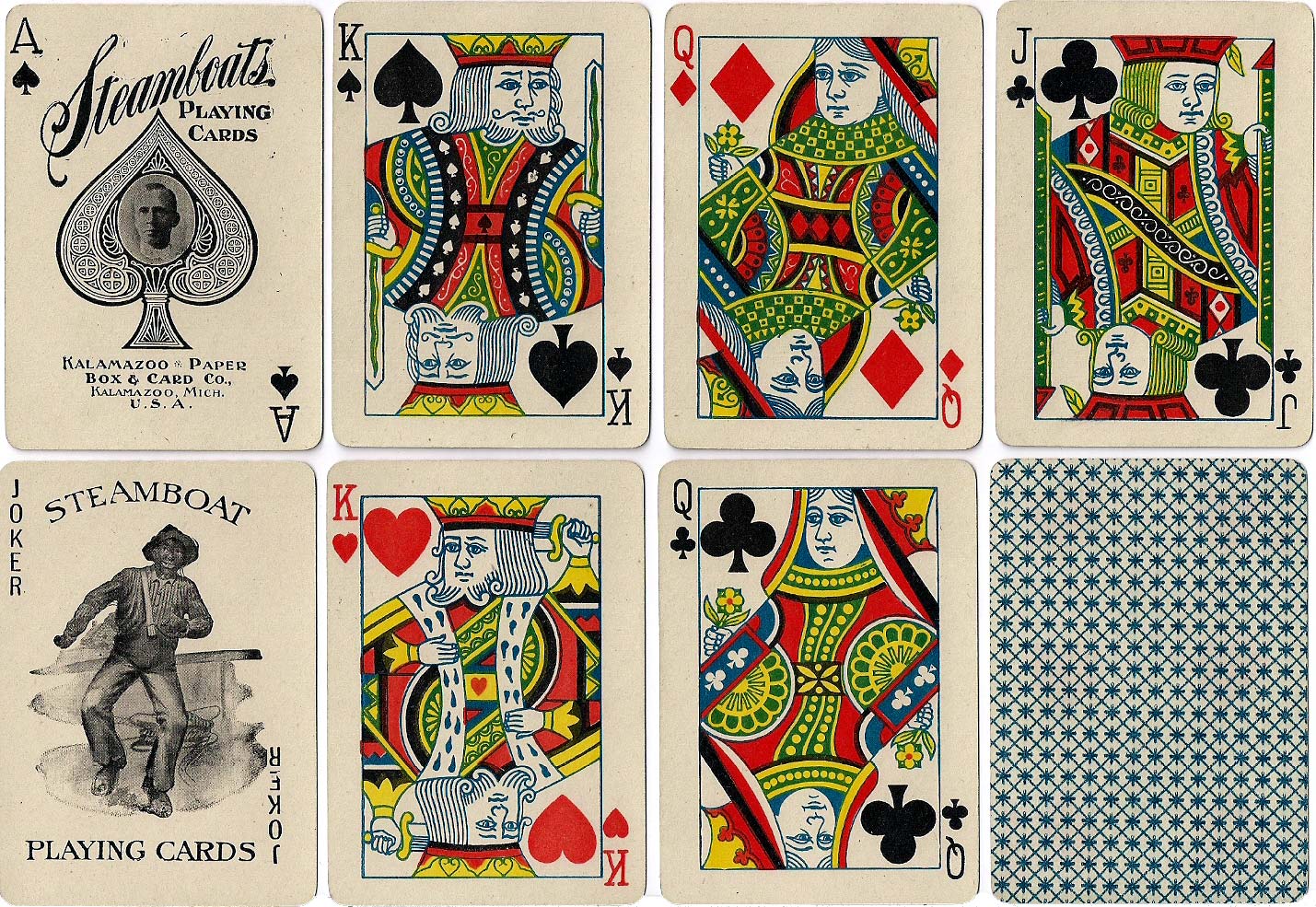 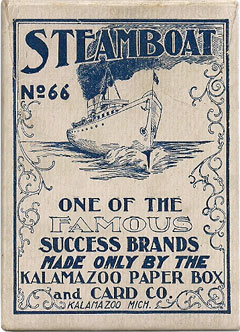 Above: Steamboats #66 playing cards manufactured by the Kalamazoo Paper Box & Card Co., c.1903. The picture in the centre of the Ace of Spades is of S.N. Barker, the company founder. A similar version of this deck was published with the company's initials in the centre of the Ace instead of the photo portrait. The Joker shows an able seaman standing on a ship's deck in front of a cleat. Images courtesy Rod Starling. In the 1970s Whitman Publishing Co. ordered a series of popular games from Hong Kong for the UK market.