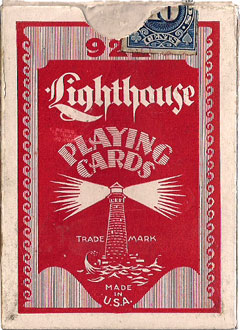 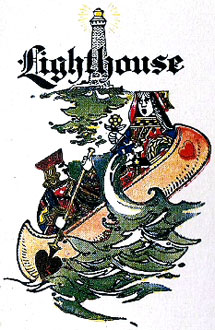 Lighthouse No.922 playing cards were introduced in c.1920. Although the manufacturer's name is absent, a Pinochle version of the deck was found with NYCCC's name on the box and thus they have been identified as having been made by the New York Consolidated Card Co. The deck has a great coloured Joker and Ace of Spades and extra artwork on the box all reflecting a maritime theme. What the Queen might be saying to the Jack is left to your imagination. 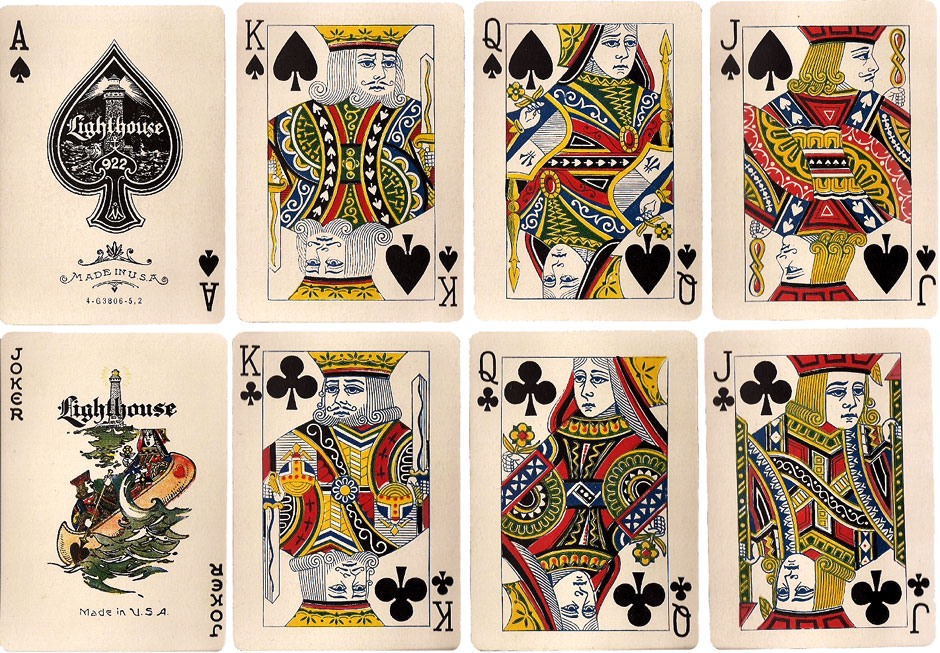 Above: “Lighthouse No.922” playing cards by New York Consolidated Card Co., c.1925. The court cards are the pattern used by USPC which is not surprising since, according to Hochman, it had taken over NYCC in 1894. Images and extra notes courtesy Rod Starling.