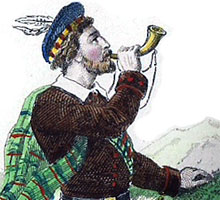 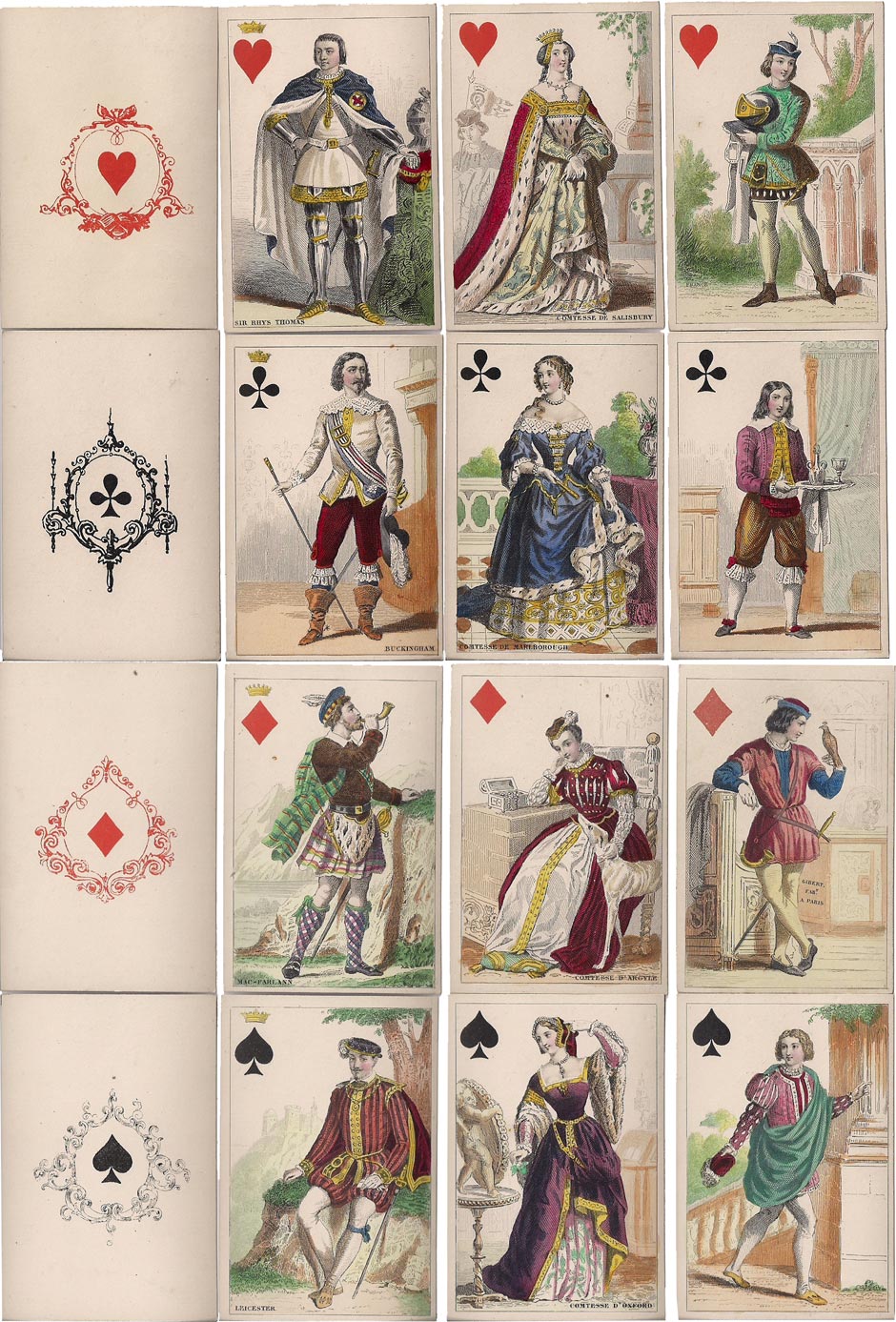 The suit symbol on a given character is not always the same as in other examples of the same deck. That is because, being hand coloured, there was no consistency from deck to deck. There also seems to be some confusion regarding the titles of these similar French costume decks. In particular, this "Cartes Parisiennes" deck is also known as "Jeu de Costumes Historiques Anglais".

Willshire, William Hughes, "A descriptive catalogue of playing and other cards in the British Museum, accompanied by a concise general history of the subject and remarks on cards of divination and of a politico-historical character," Trustees of the British Museum, London, 1876.