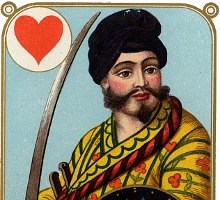 Dondorf's Luxus-Spielkarte “Vier-Erdteile” (“Four Continents”) was designed by Friedrich Karl Hausmann (1825-1886) and first published in c.1870. It has been re-published in several editions, variations and formats since then. Some were published after 1906, when the firm was re-named Dondorf GmBH. Earlier editions had square corners whilst the later editions had rounded corners; differences in typography and colours can also be detected in the different versions.

The court cards are dressed in the garb of their corresponding part of the world, as represented by the Four Aces: Spades show a Sultan, his wife and a Janissary (sultan's household troops or bodyguards). Hearts portray a Great Mogul, an Indian princess and an Indian warrior; the suit of clubs depicts the Spanish King Ferdinand, Queen Isabella and a Spanish ambassador. Diamonds illustrate the Emperor, the Empress and a mercenary soldier. 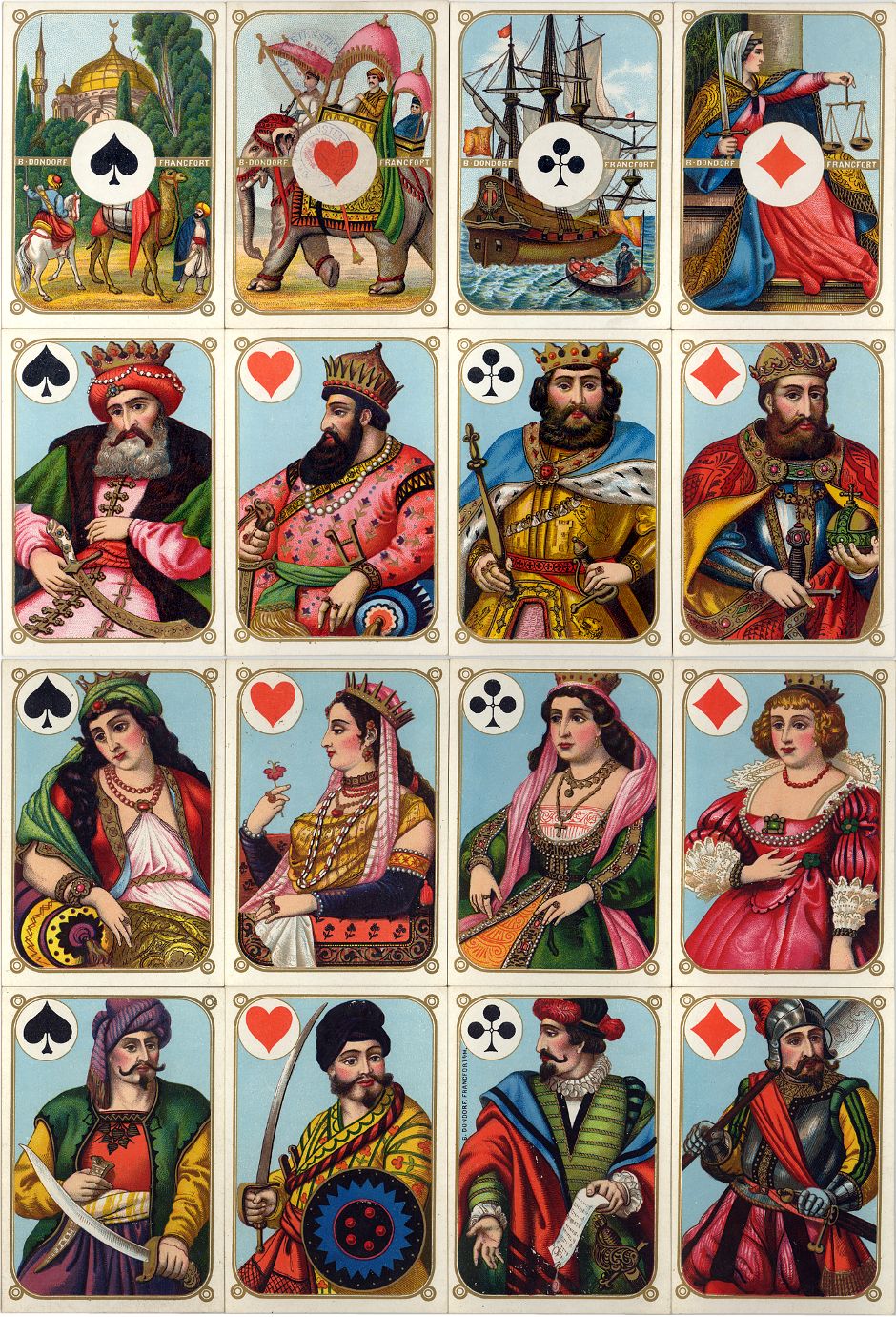 The painter Friedrich Karl Hausmann (1825-1886), who produced the designs for the “Four Continents” playing cards, was friends with Bernhard Dondorf for whose establishment he designed stationery, borders on wall calendars, diplomas and paper money for Japan. The first edition of “Luxus-Spielkarte Vier-Erdteile” was probably produced in steel engraving.