Anonymous ‘Mr Chad’ card game, 1940s. Rudimentary artwork and graphics in b/w only due to wartime shortages and constraints. The aim of the game is to construct sentences such as “Wot not frients”, “Wot a life”, “Wot! only a million” or “So Wot”, etc. and score points accordingly. See the Rules► 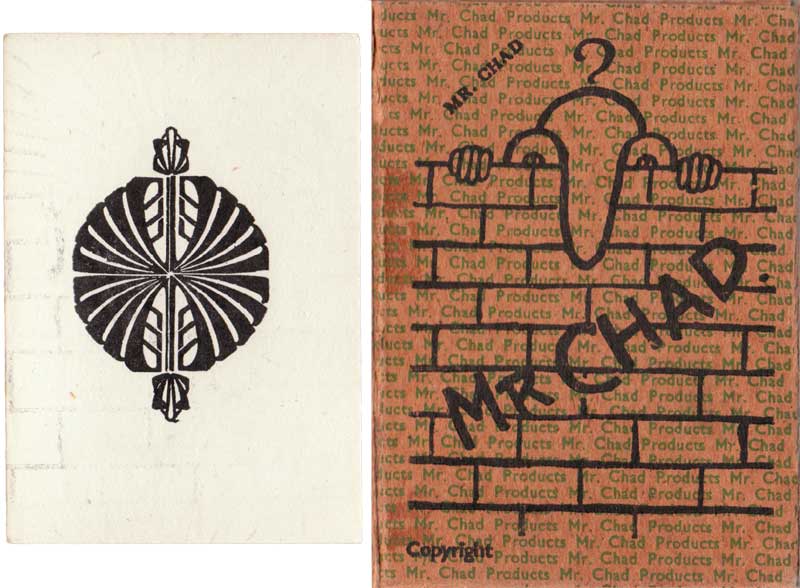 Above: ‘Mr Chad’ card game, anonymous, 1940s. Images courtesy Rex Pitts. Rex comments: "I can remember seeing Mr Chad slogans chalked on walls when I was a kid. It continued after the war was over as the shortages went on for a good while afterwards."

‘Mr Chad’ was used in a humourous way to draw attention to the shortages after WW2. During this period of austerity things we take for granted were unobtainable. ‘Mr Chad’ would make us smile with such captions as "WOT! No Oranges?", "WOT! No Petrol?", or for the ladies, "WOT! No Stockings?".

SOURCE: WW2 People's War is an online archive of wartime memories contributed by members of the public and gathered by the BBC. The archive can be found at bbc.co.uk/ww2peopleswar►