“We’re Gonna Hang Out the Washing on the Siegfried Line” wartime card game made by William Sessions Ltd, 1940s. The Siegfried Line refers to the German heavily defended line across Europe designed to keep out the allies, much like the Maginot Line which the French relied on at the start of the war. See the Rules►

Above: the small ‘Washing’ cards. 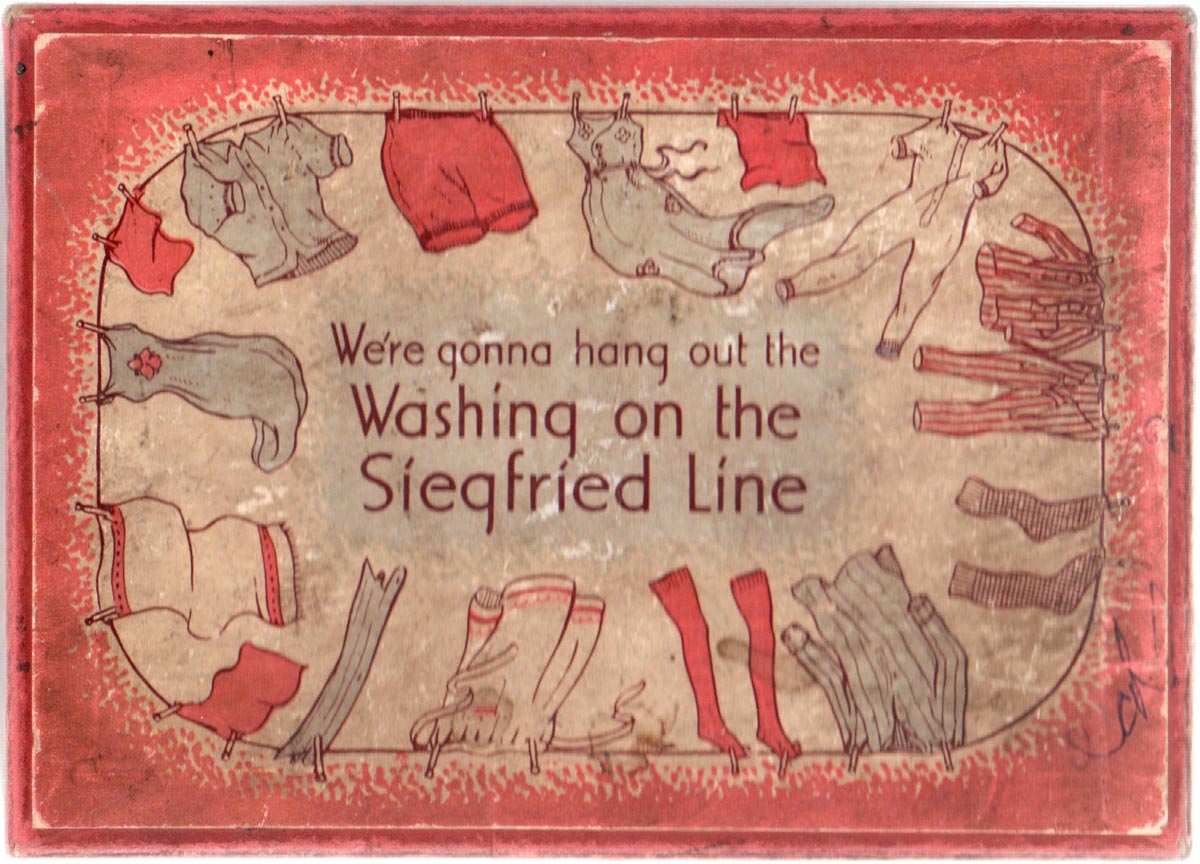 They say that this defensive line, laughed at by the British, cost over a quarter of a million allied lives. 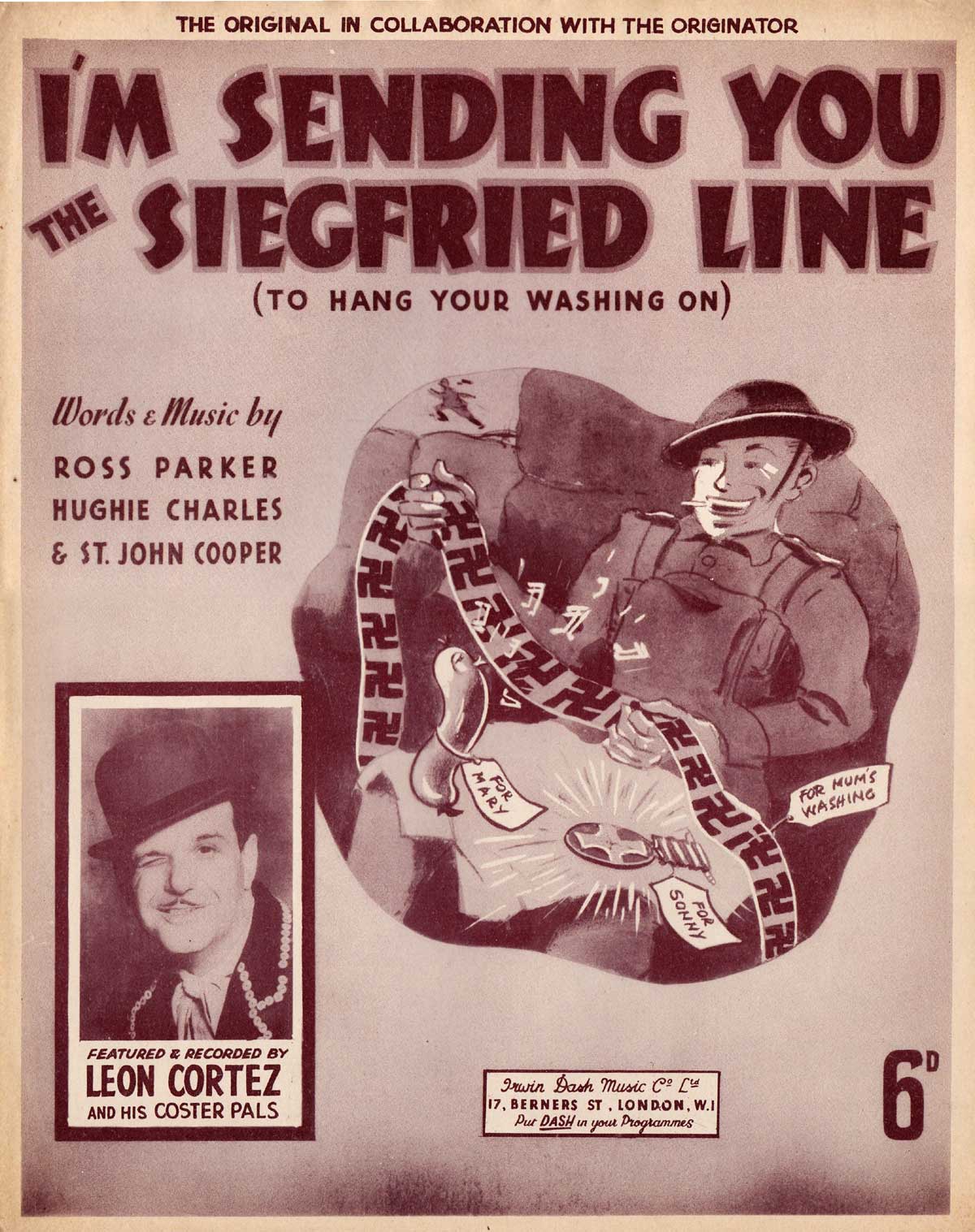 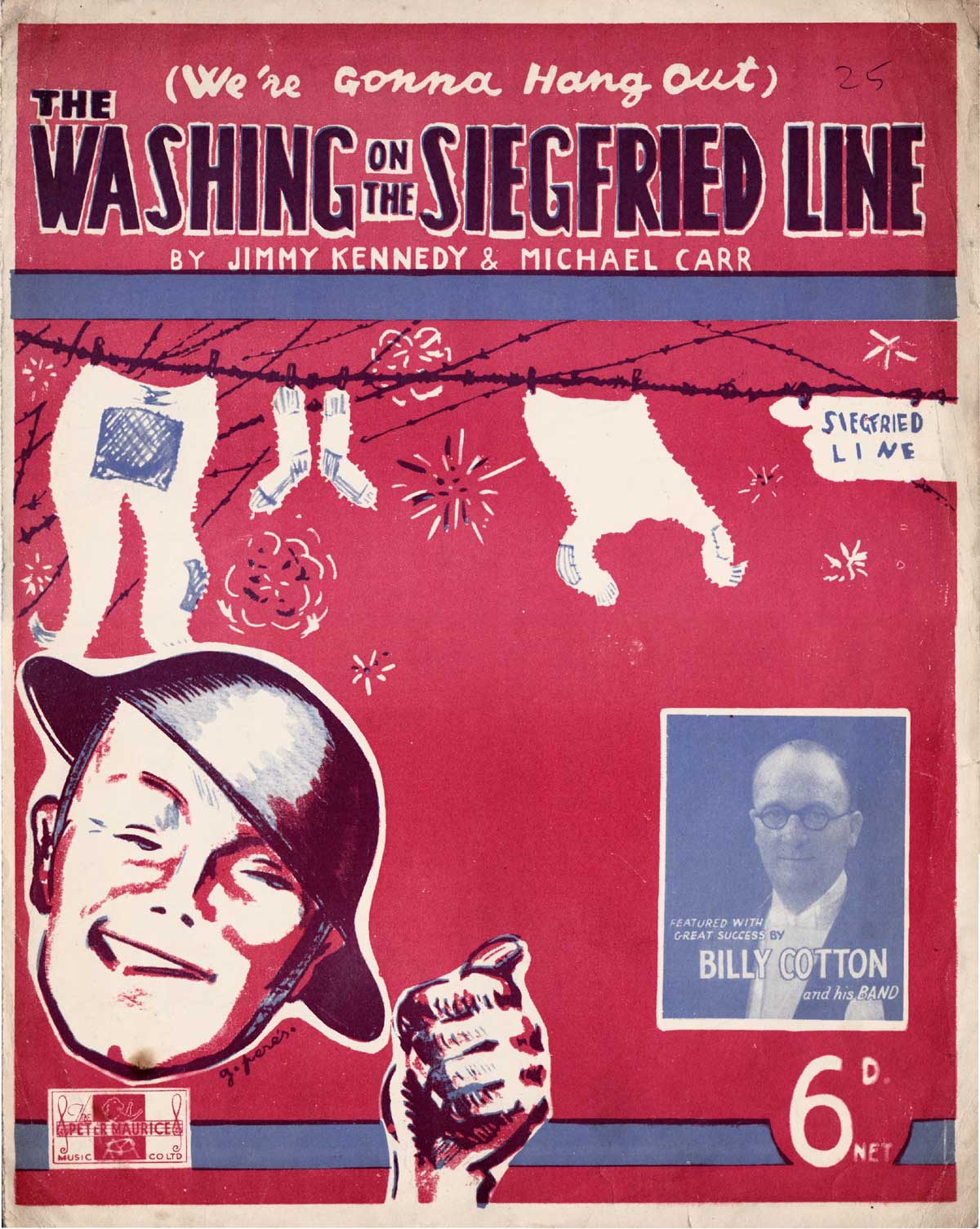 This is a version of the game which was obviously re issued, probably after the War had ended, when everybody had forgotten about the Siegfried Line. It is titled “Laundry Line – Out” and the only difference is the colour of the card backs, being pink instead of green. I have never thought that the original was very widespread so this version is probably around even less. It’s a shame it didn’t seem to do well because it is naive but quite cute. See the Rules► 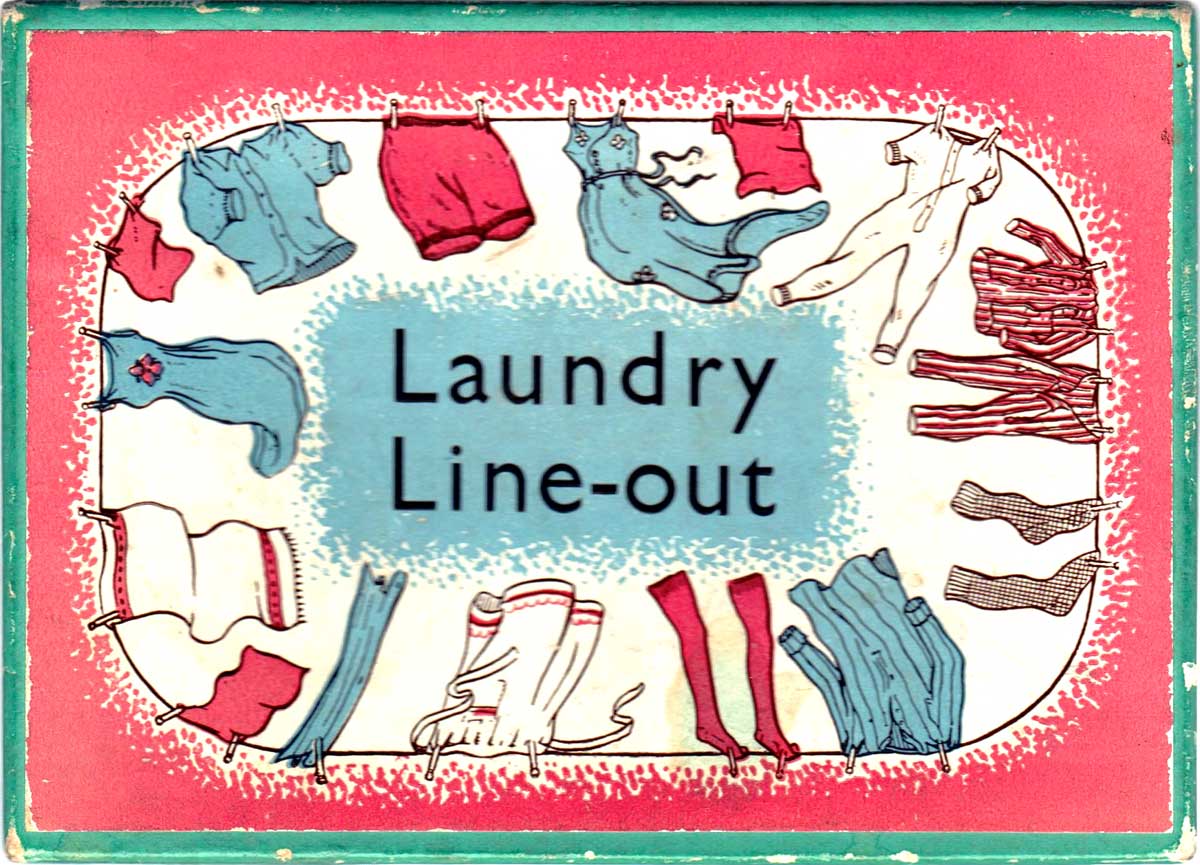 Above: “Laundry Line – Out”. The colour of the card backs is pink. 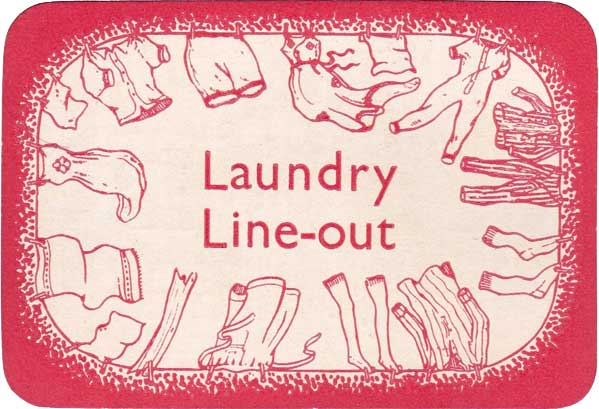