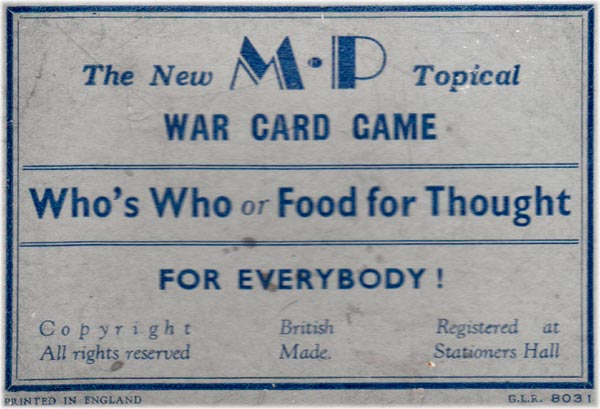 Who’s Who or Food for Thought, the “new M • P topical war card game for everybody”, published by M P Lambert in 1939. The game was devised to be original, amusing and exciting, for young and old, as a novelty in time for the Christmas trade at 1/- (one shilling) per pack.

The pack contains 18 numbered sets of three cards, showing  A: someone’s name, B: a clue in the form of a short sentence, and C: a picture which rhymes with the bold word on the second card, making a joke disparaging the Nazis. Thus the game might stimulate laughter and boost morale during the war, along the same lines as “Hitler has only got one… etc.” The numbers at top-right corners are probably for scoring. 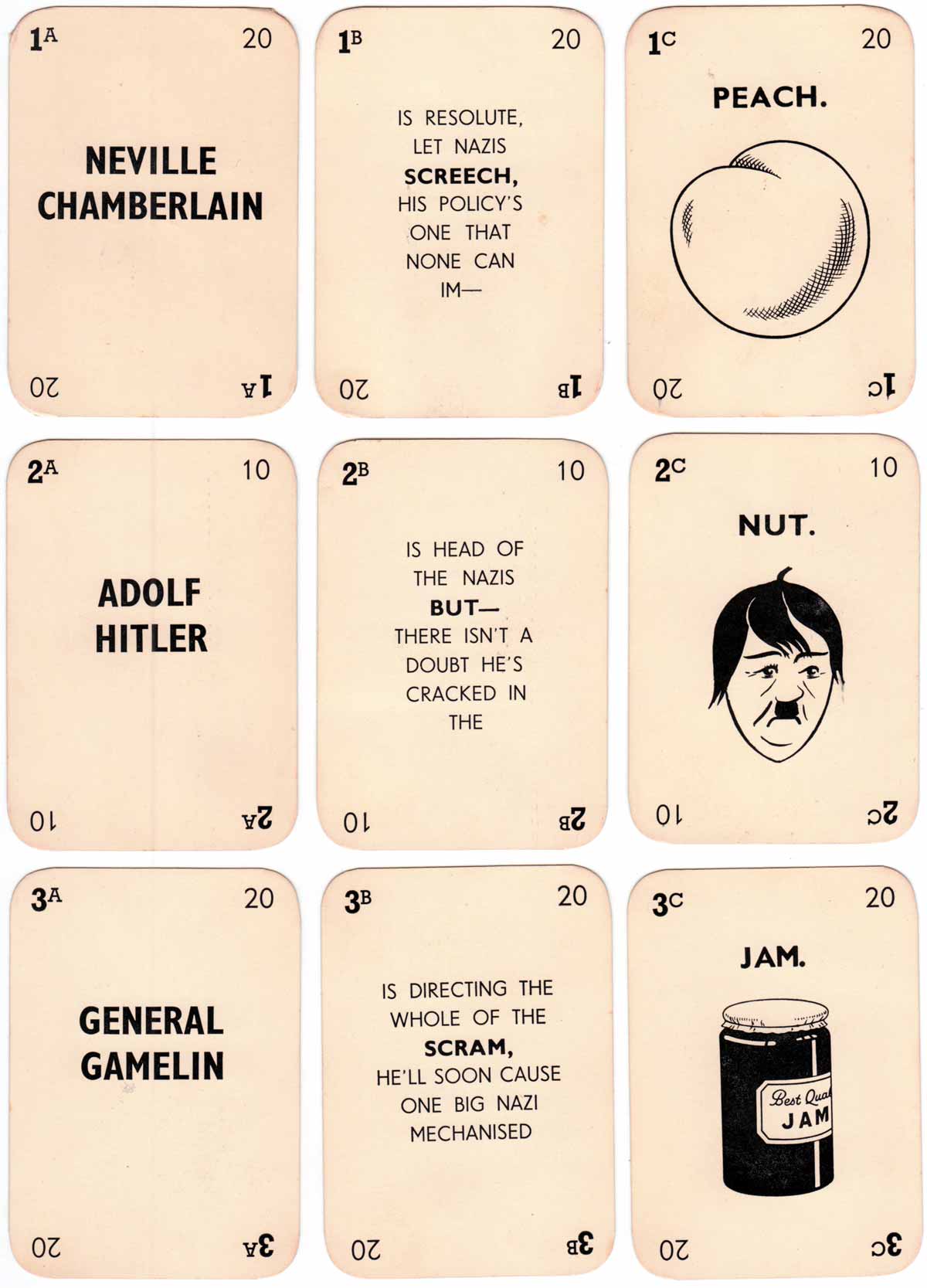 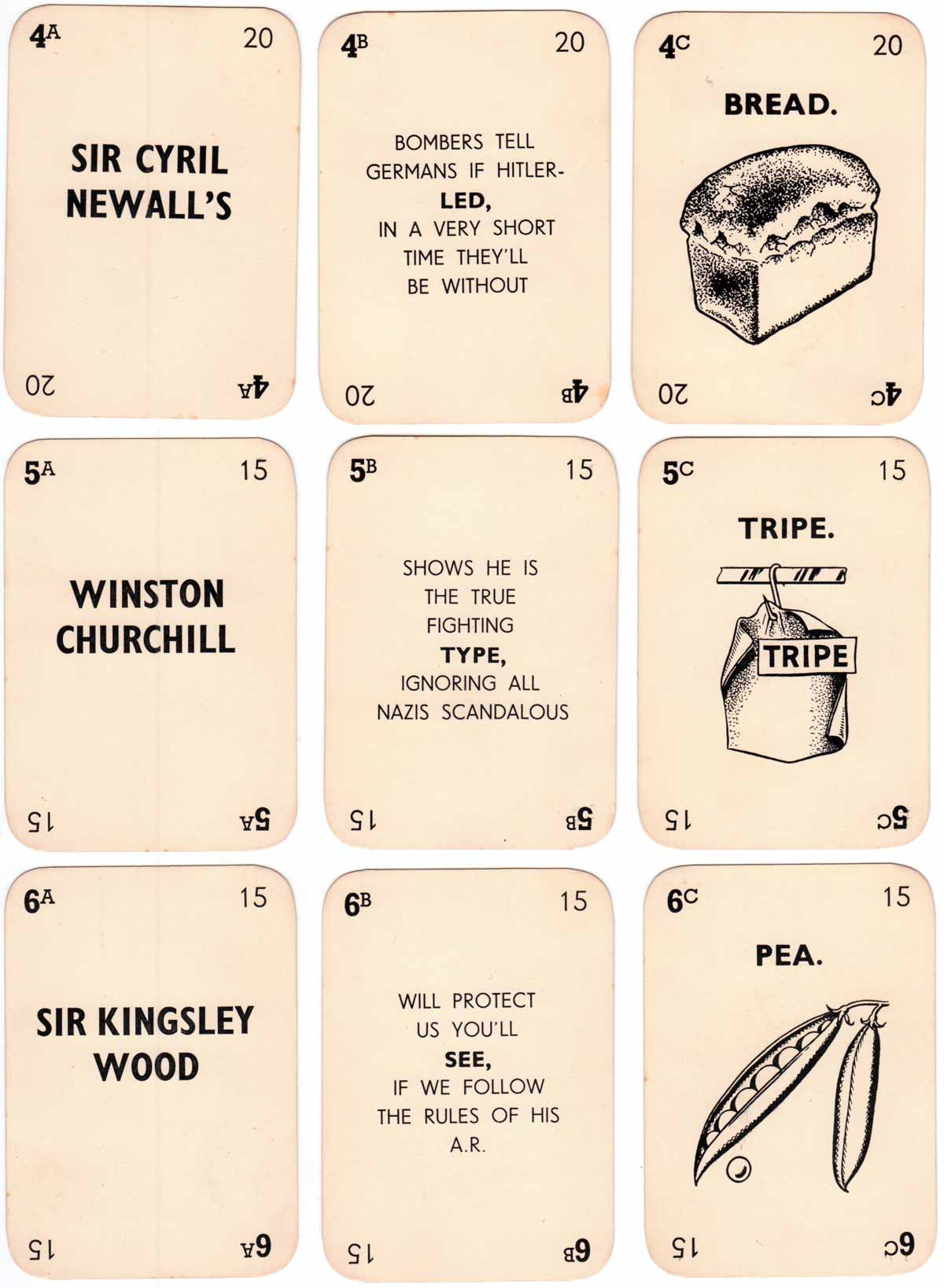 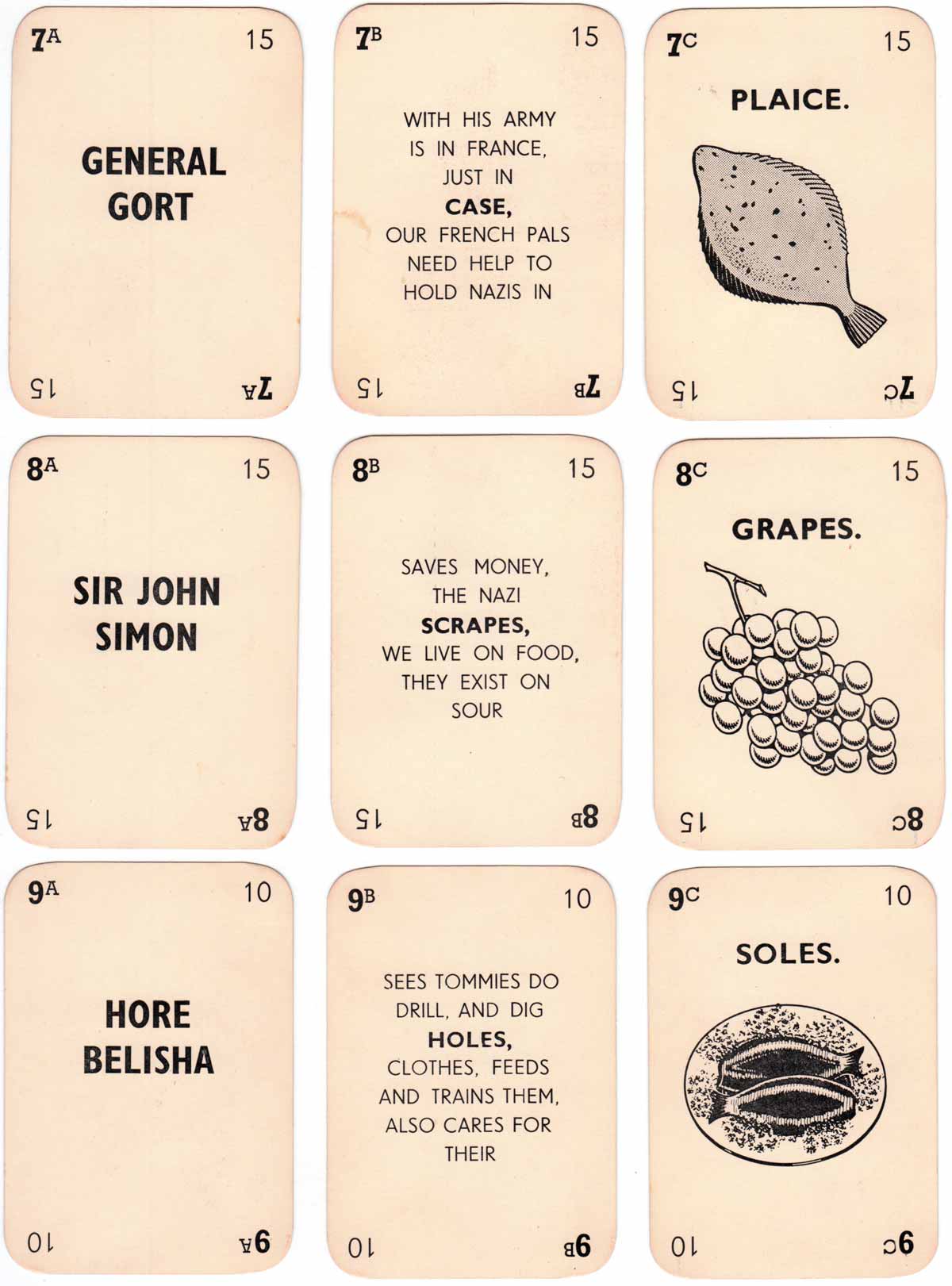 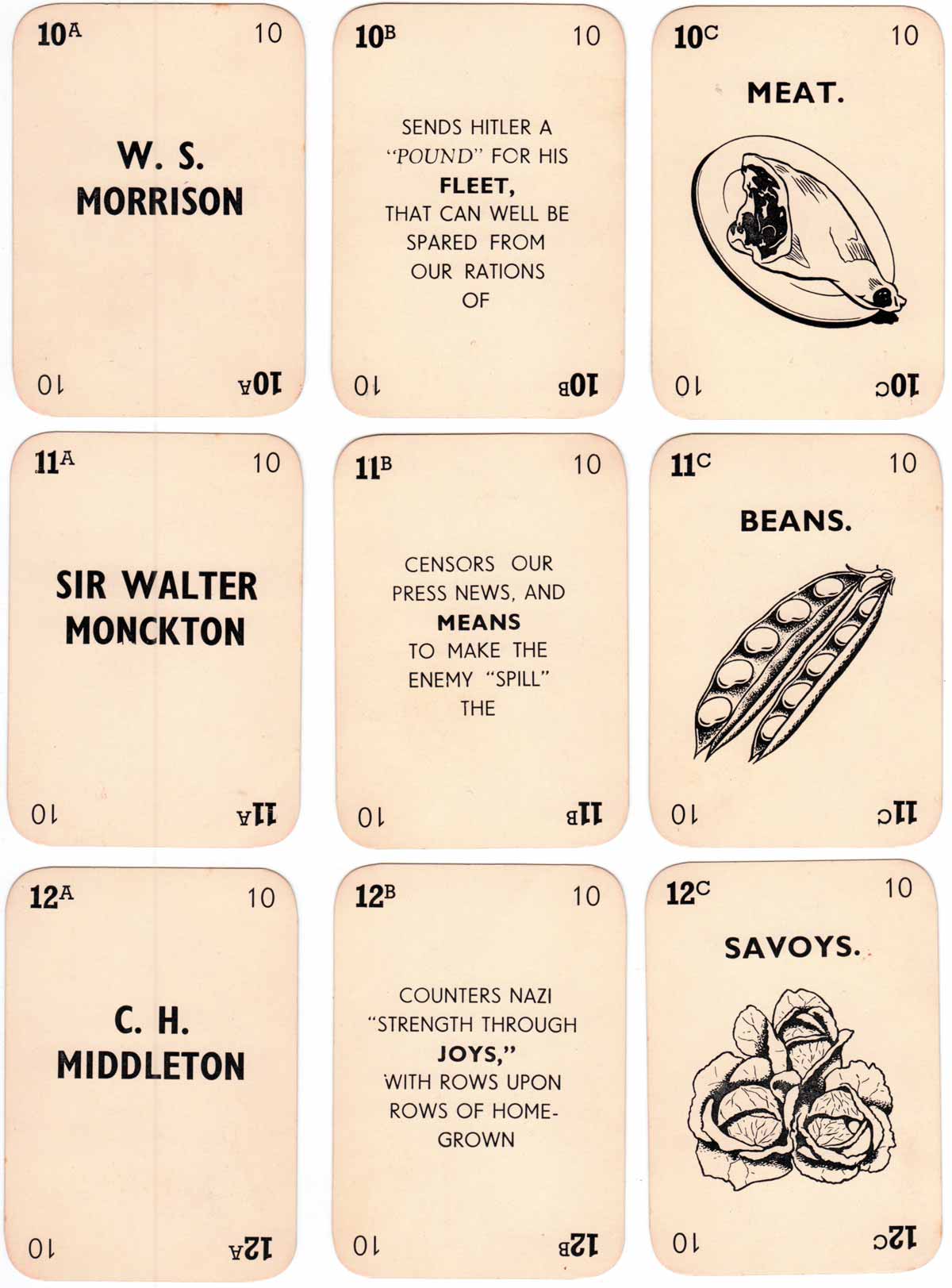 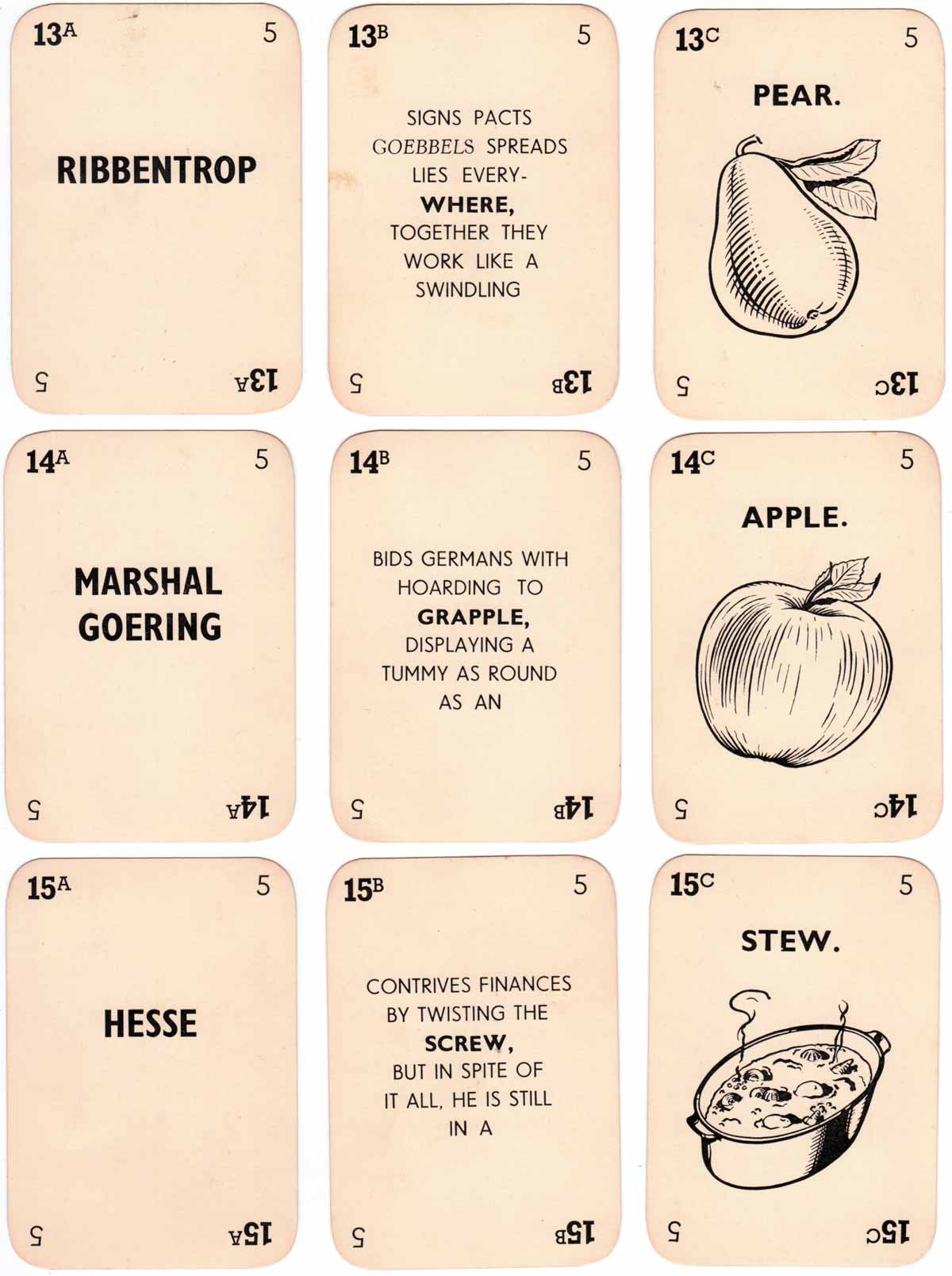 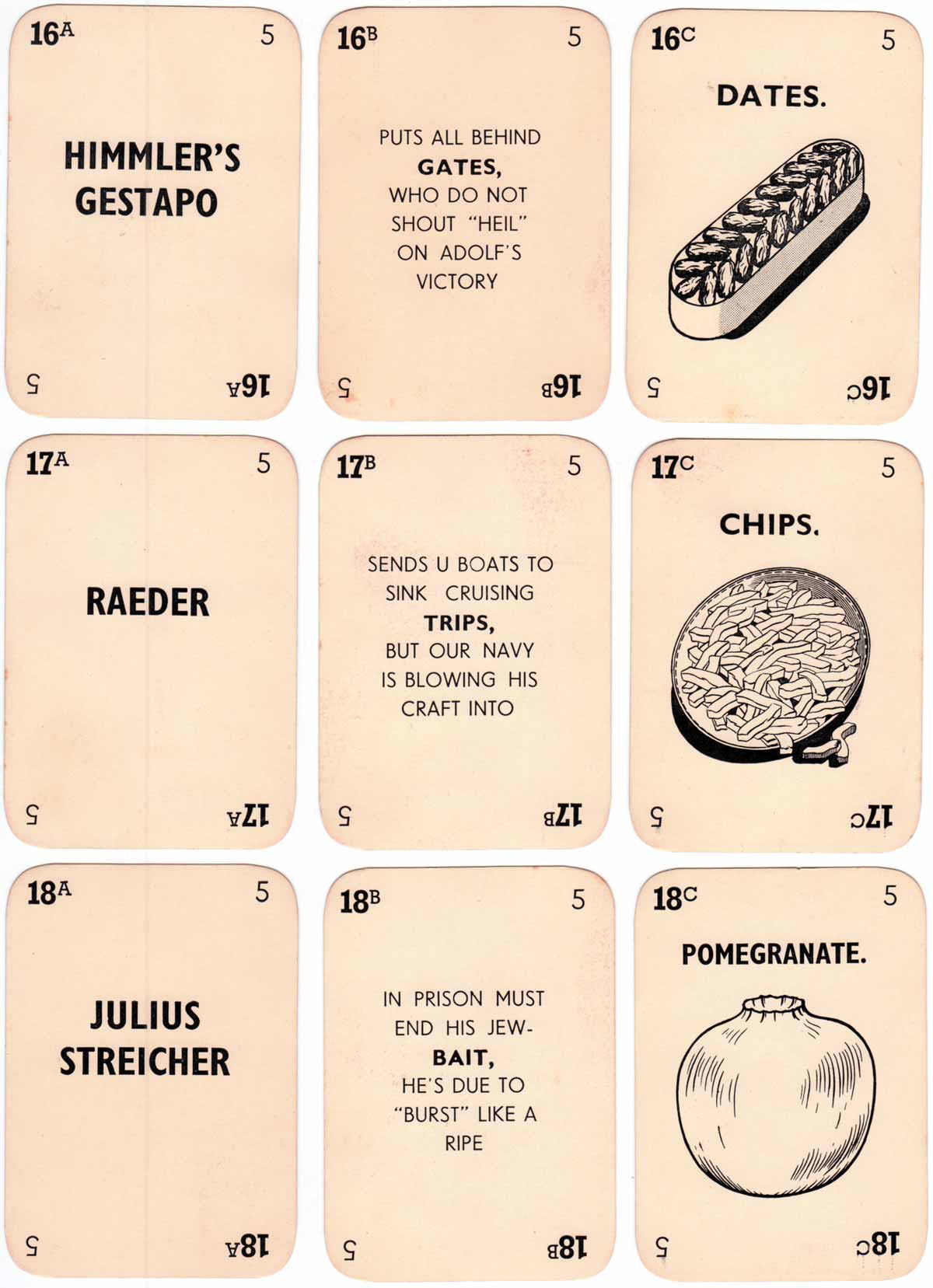 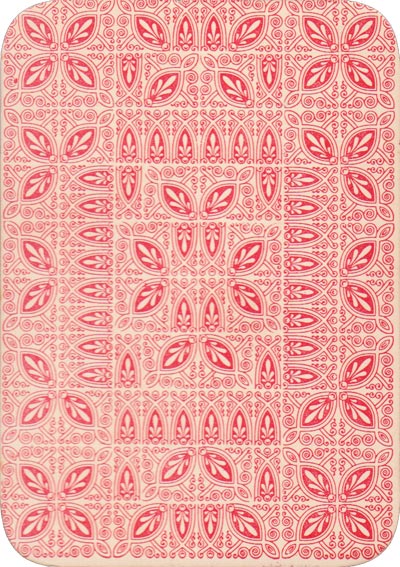