Convoy is a WW2 collecting card game published by Tree Brand in c.1940 based on wartime naval convoys. The Tree Brand was one of the many companies founded and owned by Philip Marx from 1939 up to the 1980s. During the war he published the most extraordinary range of items including children’s comics printed on cardboard and even metal foil because of the paper shortages. Some of the brand names he used were “Marx” “PM” “Philmar” “Amex” and “Bairns” as well as Tree Brand which was also used for “Flash” comics. Philip Marx also founded Ariel Productions► 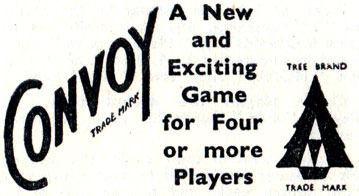 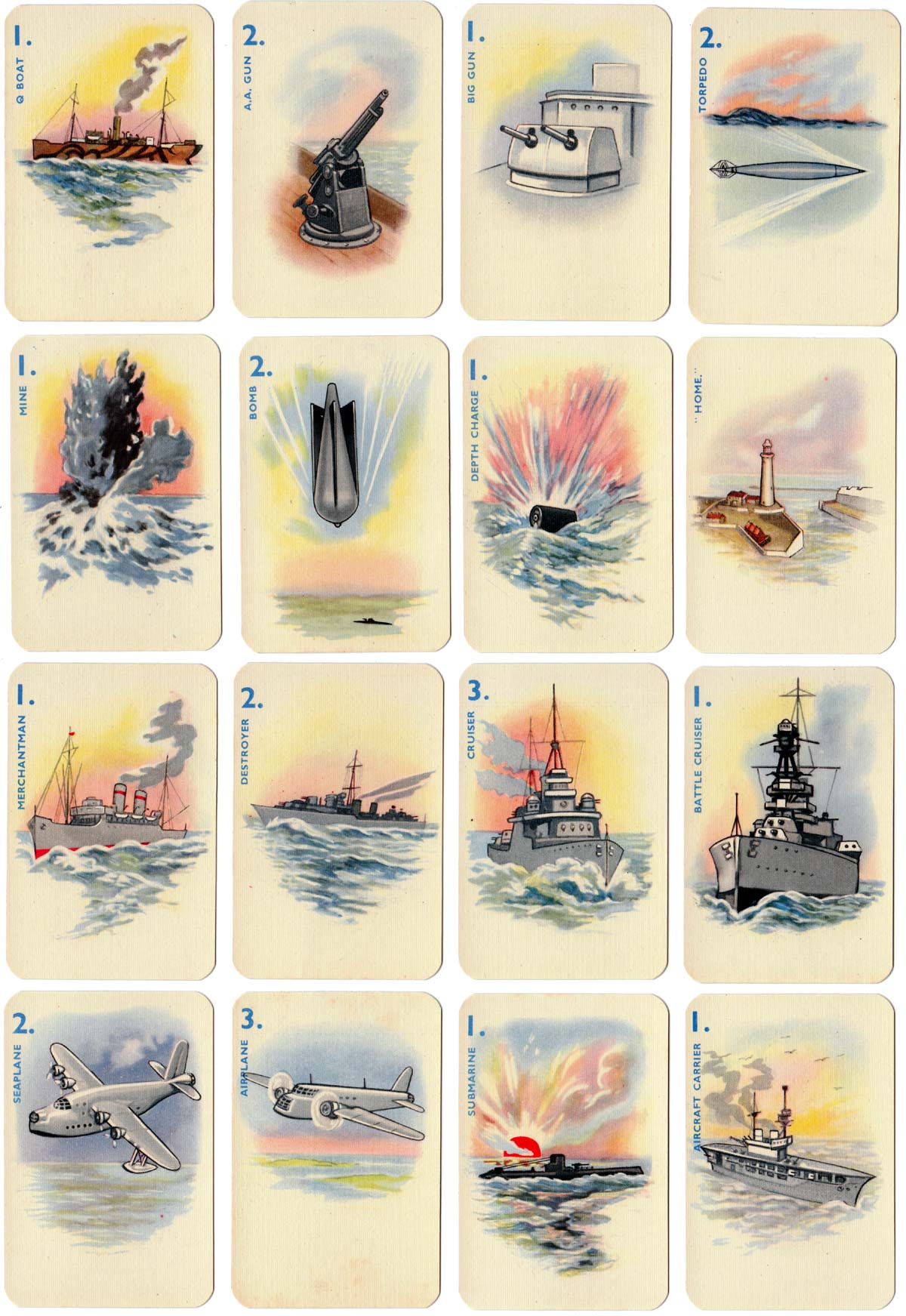 Above: “Convoy” WW2 card game published by Tree Brand c.1940. 49 cards in box including compass and score cards. Players take it in turns, in partnership with another player, to run wartime naval convoys. The two ‘convoying’ players are chosen at the beginning of the game by spinning the 'Compass' card. The other players try to stop the convoy getting through by collecting certain other cards (mines, torpedoes, submarines etc). Images courtesy Rex Pitts.