Sky card game published by Geo. Wright & Co, London, c.1905. The cards run in four suits but instead of hearts, clubs, etc., they are coloured stars - red, blue, green and yellow. The numbers run from 1 to 10 and then First Quarter, Second Quarter, Third Quarter and Full Moon. There are also six pools, rules + hints for beginners, etc. See the Rules► 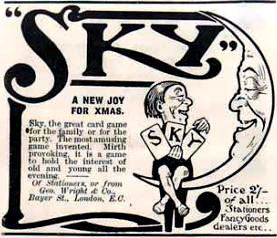 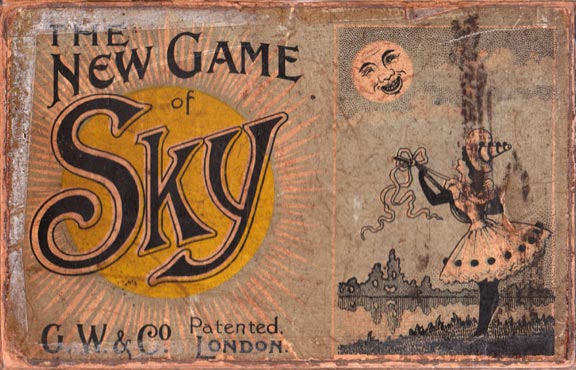 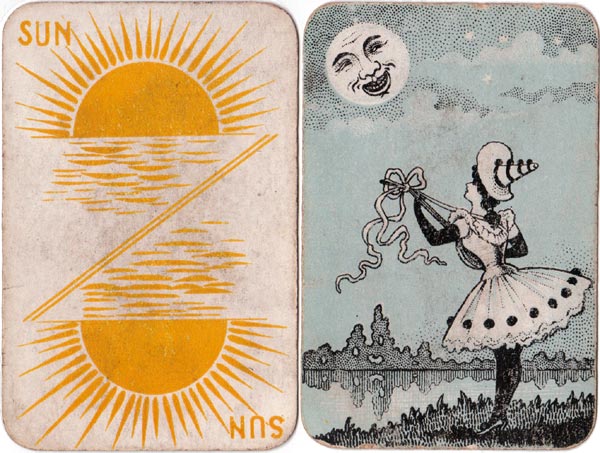 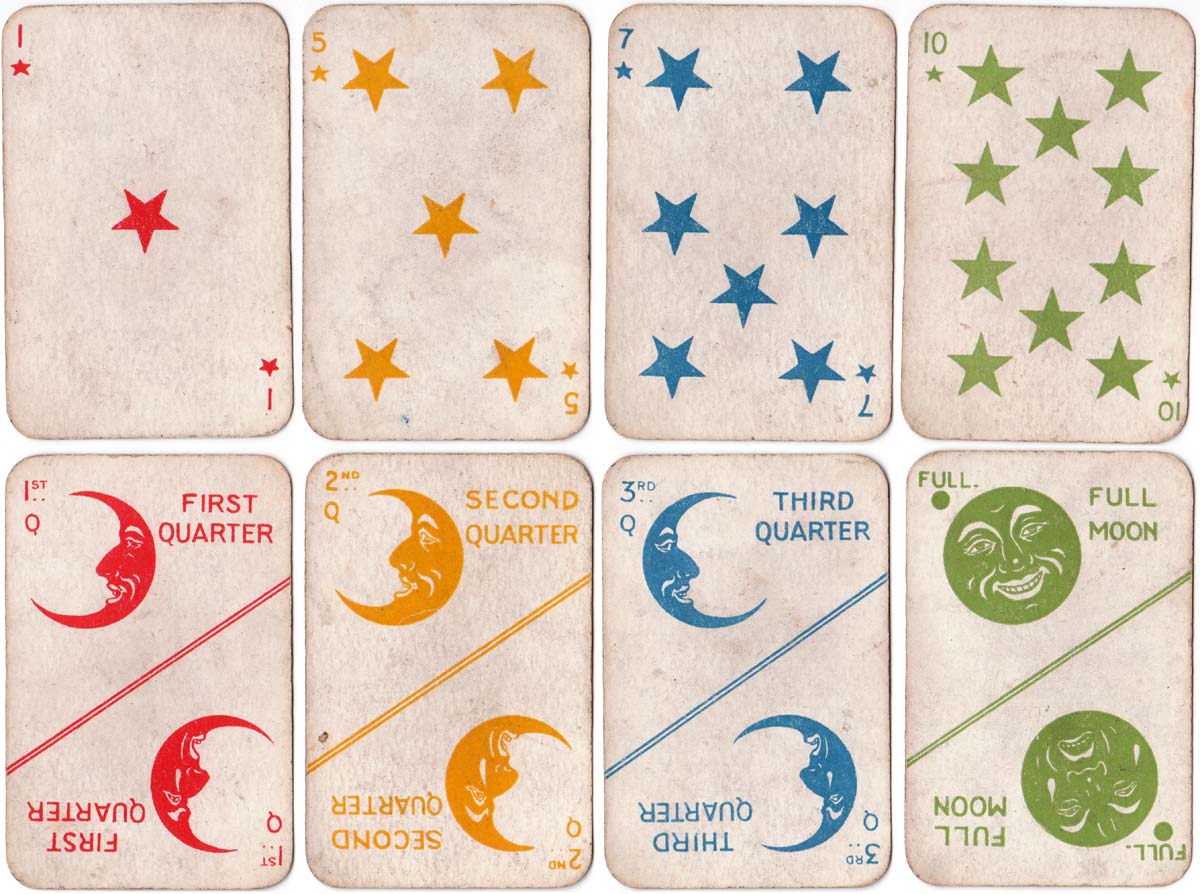 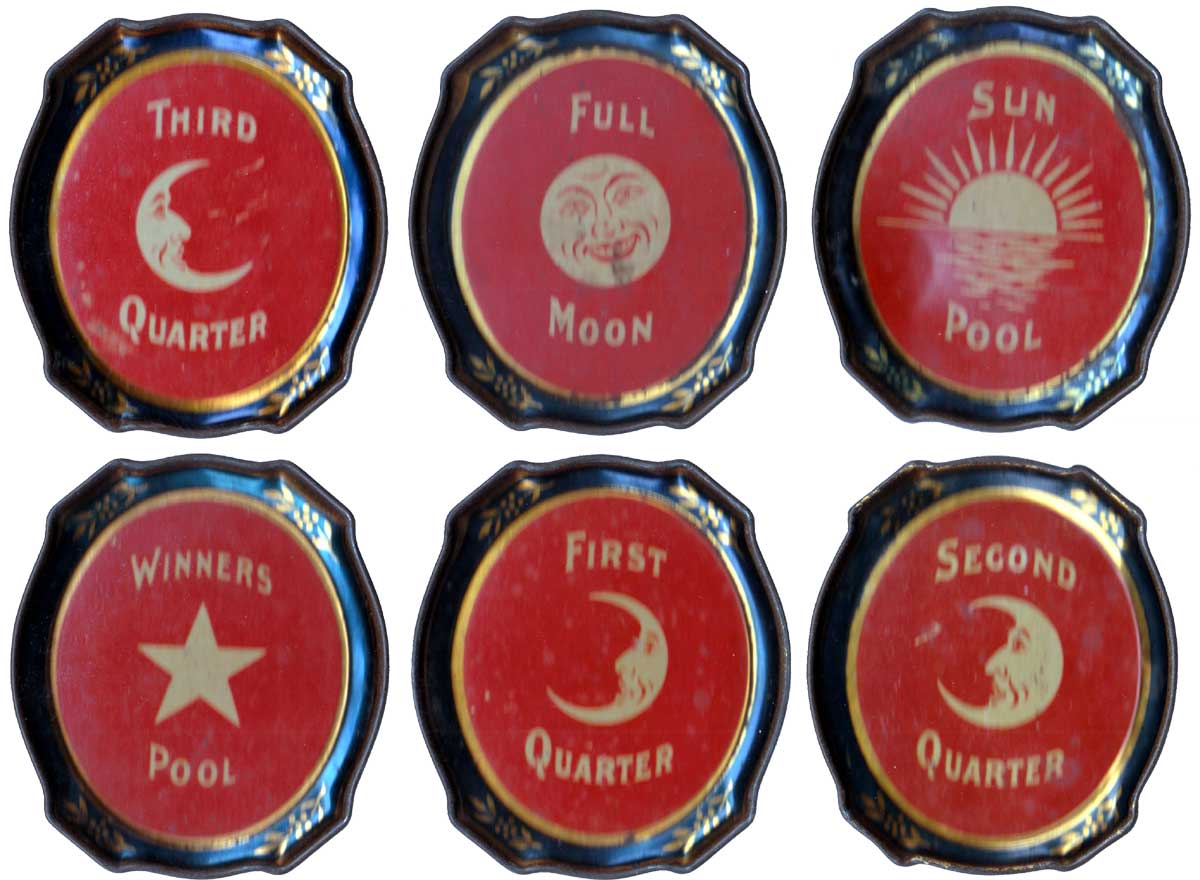 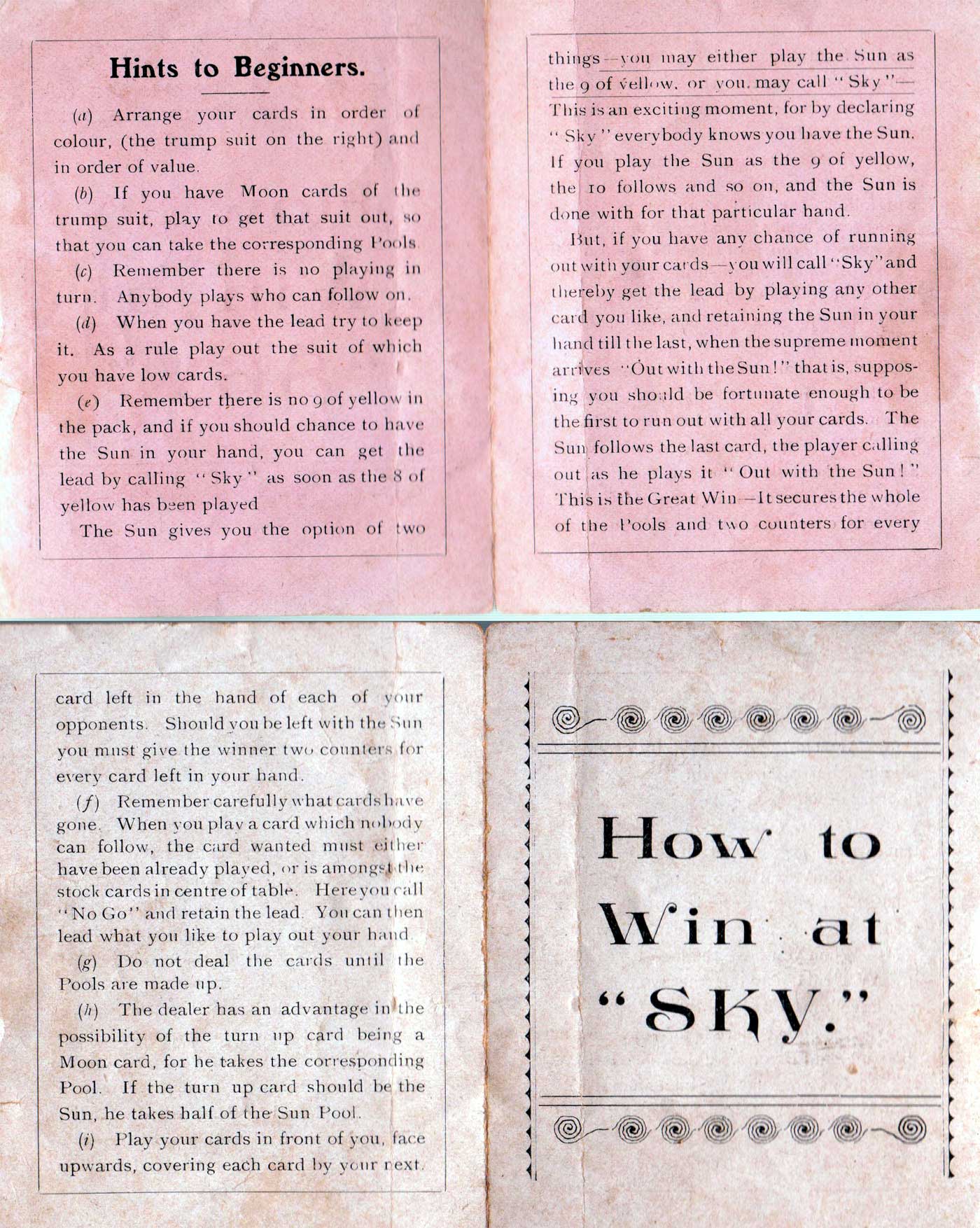 Geo. Wright & Co also published ‘Change for a Shilling’ and a board game titled ‘Colorito’.