The double-ended, French-suited “Encyclopedic Tarot” or “Bourgeois Tarot” originated with C. L. Wüst of Frankfurt in c.1865. It has scenes of well-to-do European “bourgeois” views of life on the Trumps, in an engraved gothic style and with large Arabic numerals at the top & bottom of each trump. This pack inspired other makers to imitate the pattern or to introduce variations on the theme. It is more popular in France for playing games than the Tarot de Marseille.

This tarot produced by Wüst became a great classic. The date of its design can be estimated from the 4 of trumps which depicts a bookkeeper with a calendar dated 1865 on the wall. 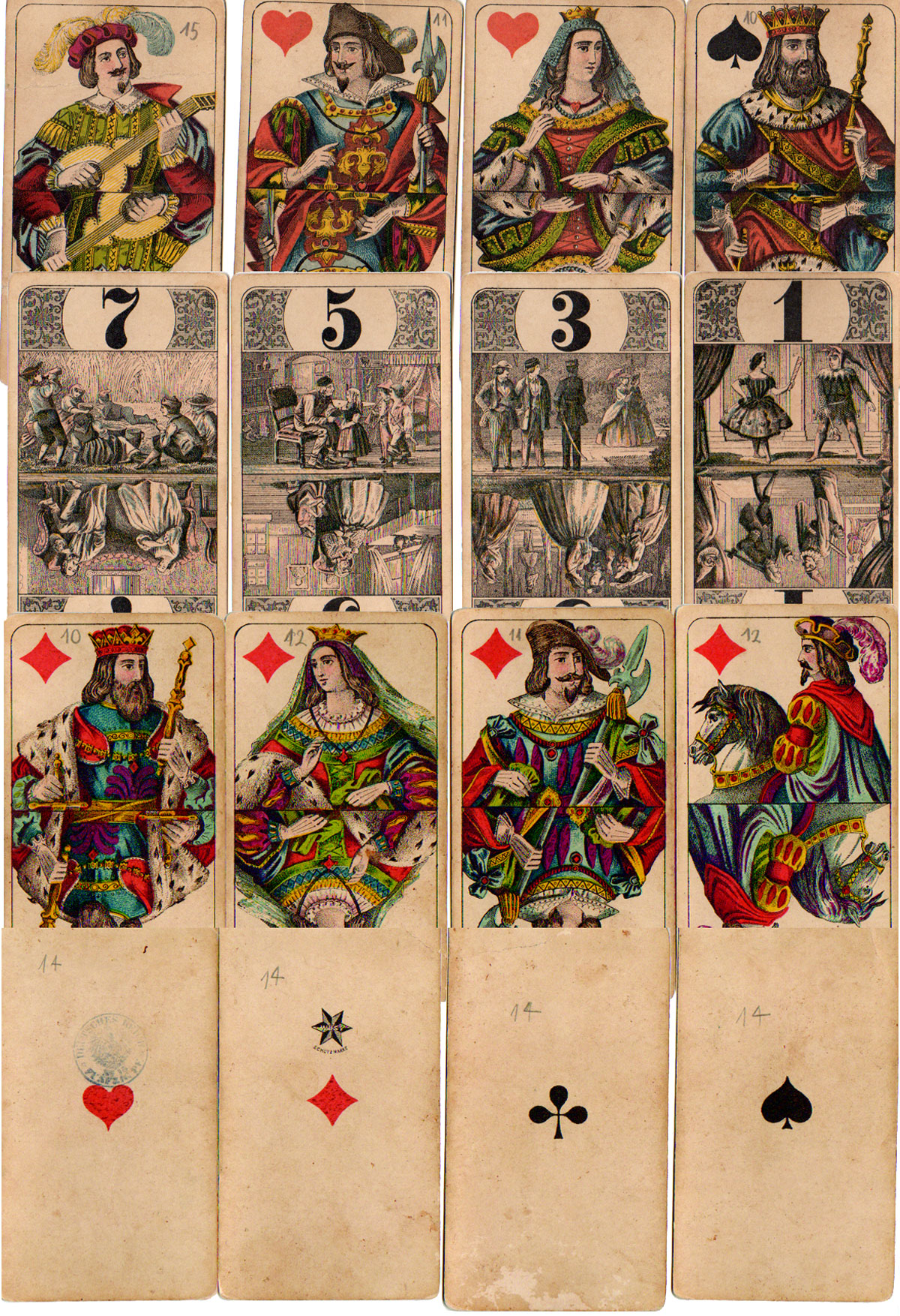 Above: Encyclopedic Tarot by C. L. Wüst, Frankfurt, thick paste-board cardstock, c.1890. 78 cards. The Ace of hearts has the German tax stamp from that period, and the Ace of diamonds has the Wüst trade mark. The court cards and numerals have no corner indices, which were added to later editions. Images courtesy Lauren Forestell [the Game of Hope].