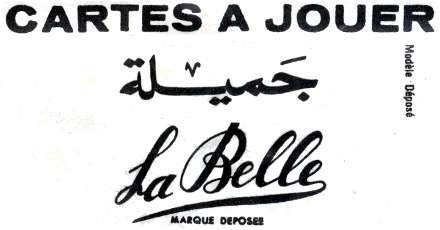 Morocco is relatively relaxed about alcohol considering it is a Muslim country. Morocco produces wine, the main growing areas being Guerrouane and Meknès. These Spanish-suited Moroccan playing cards advertising Chaudsoleil red wine feature the old, archaic “Spanish National” pattern, which is more or less obsolete in the rest of the world. It is still found in Morocco and one or two other North African and South American countries. 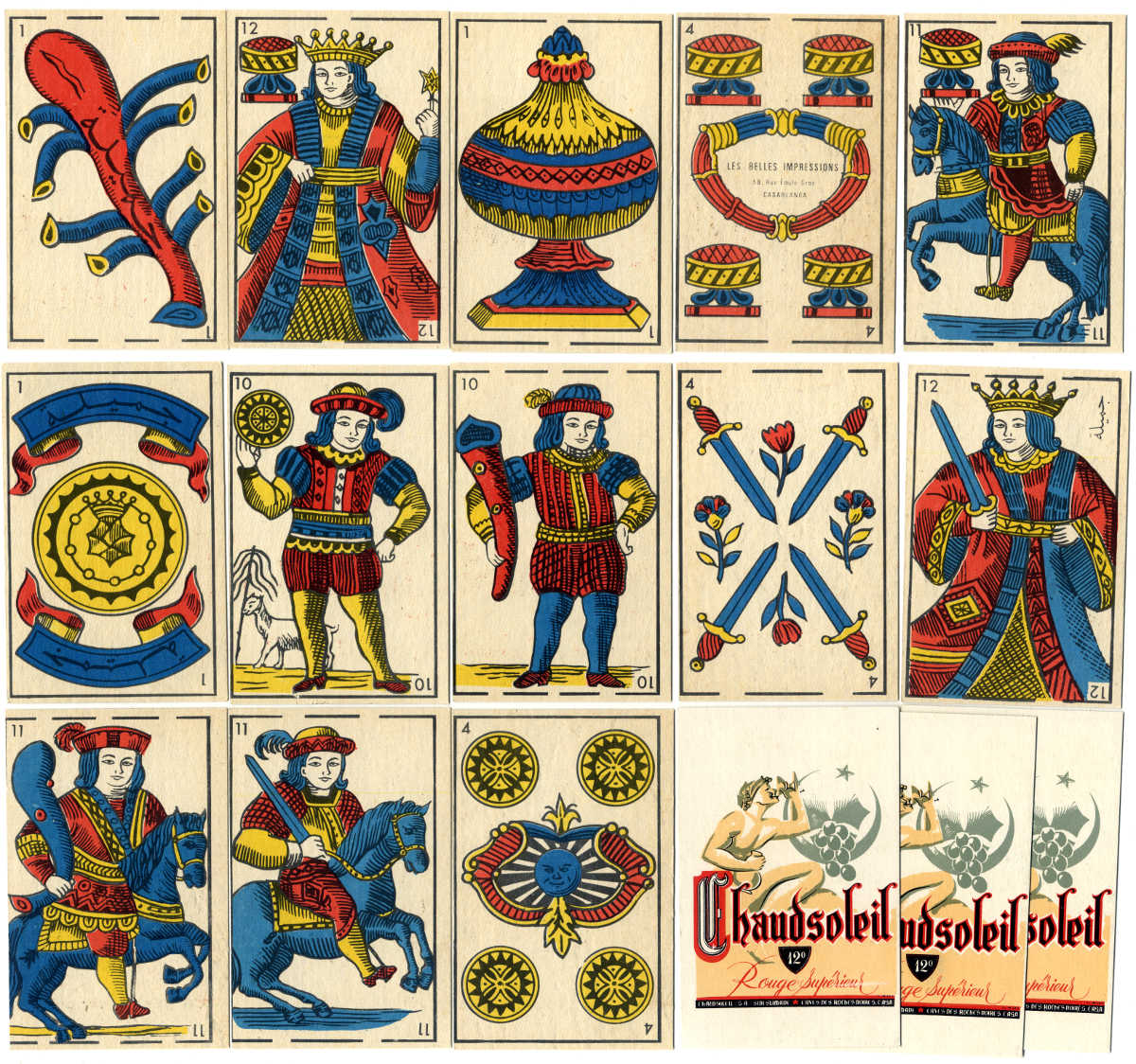 Above: Spanish-suited playing cards with advertising for Chaudsoleil red wine on the reverse, manufactured in Morocco by Imprimerie Belles Impressions, S.A., Casablanca. 40 cards. The inscription “Ahi va” which traditionally was found on the Caballero of Cups has now been lost. The original wrapper is shown below. 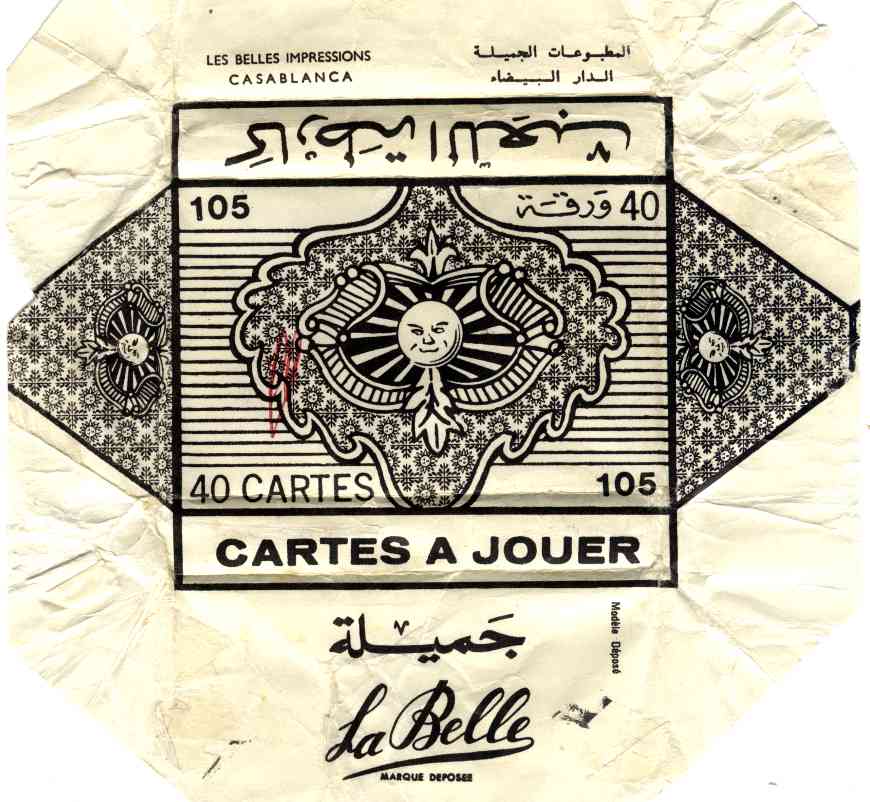