The Muir & Moodie Photography Studio (1898-1916) published post cards and other photographic items documenting events in New Zealand daily life. Some of the post cards were made in Bavaria. The playing cards shown here, described on the extra card as the Greatest Novelty of the Century, feature interesting 'triplicate' indices and corner pip arrangements on the numeral cards as well as black and white photographs on all the cards. The cards were printed in Bavaria (Germany) for export to New Zealand where they were sold. The formal back design was available in red or blue. 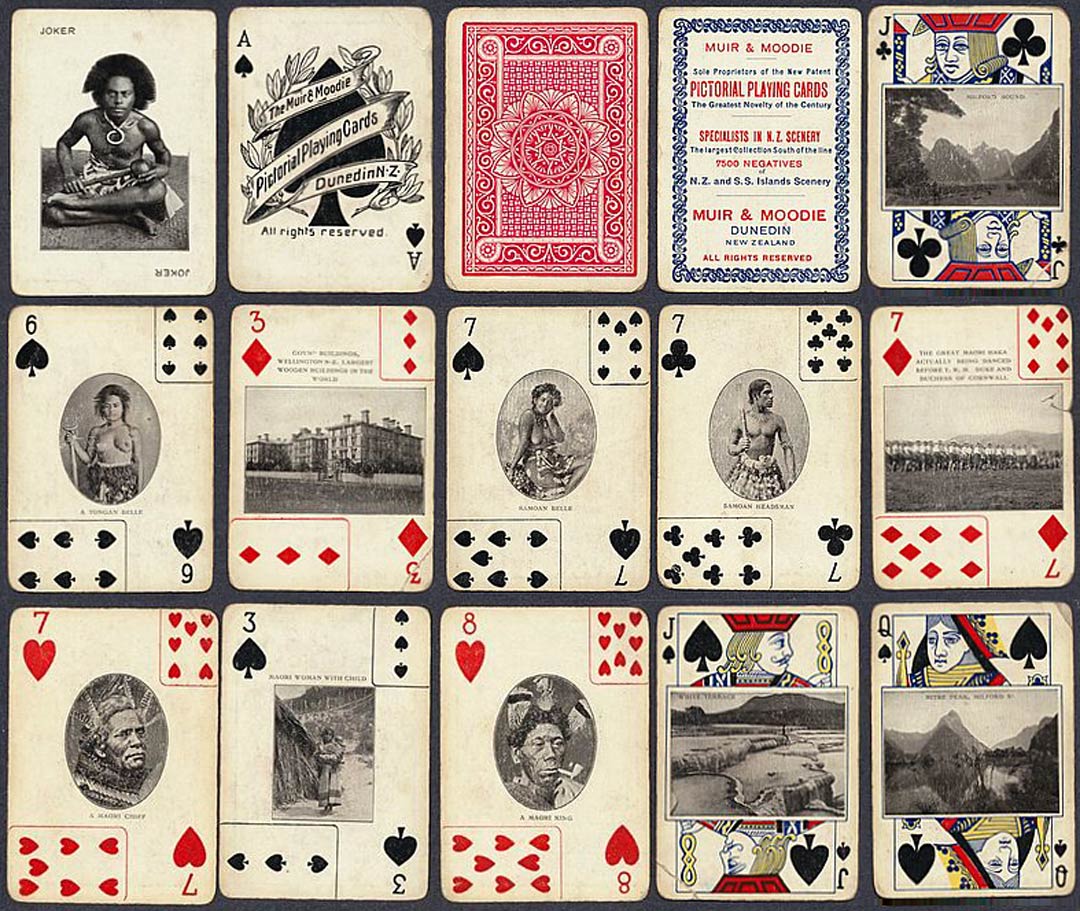 Above: The Muir & Moodie Pictorial Playing Cards, published by Muir & Moodie (1898-1916), Dunedin, New Zealand, c.1903. There was an import duty which usually has a stamp on the 2 of Diamonds. Images kindly supplied by Jack Berkus.