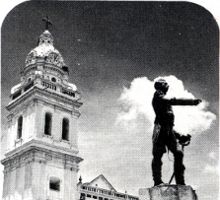 A pack of souvenir playing cards made in Quito, Ecuador, featuring black & white photographs depicting Ecuador as one of the great nations on Earth. The box states that Babylon may have had great walls, Athens men of letters, Constantinople a great empire... but Quito holds the key to Christianity and the source of the river Amazon. The photographs show a wealth of Spanish colonial buildings, churches, statues, large modern cities containing government buildings, hotels, banks, museums, fountains, etc., including an astronomical observatory but no indigenous, Quitus, Cara or pre-Columbian art. The backs show the coat-of-arms of Quito surrounded by four busts of historic persons. 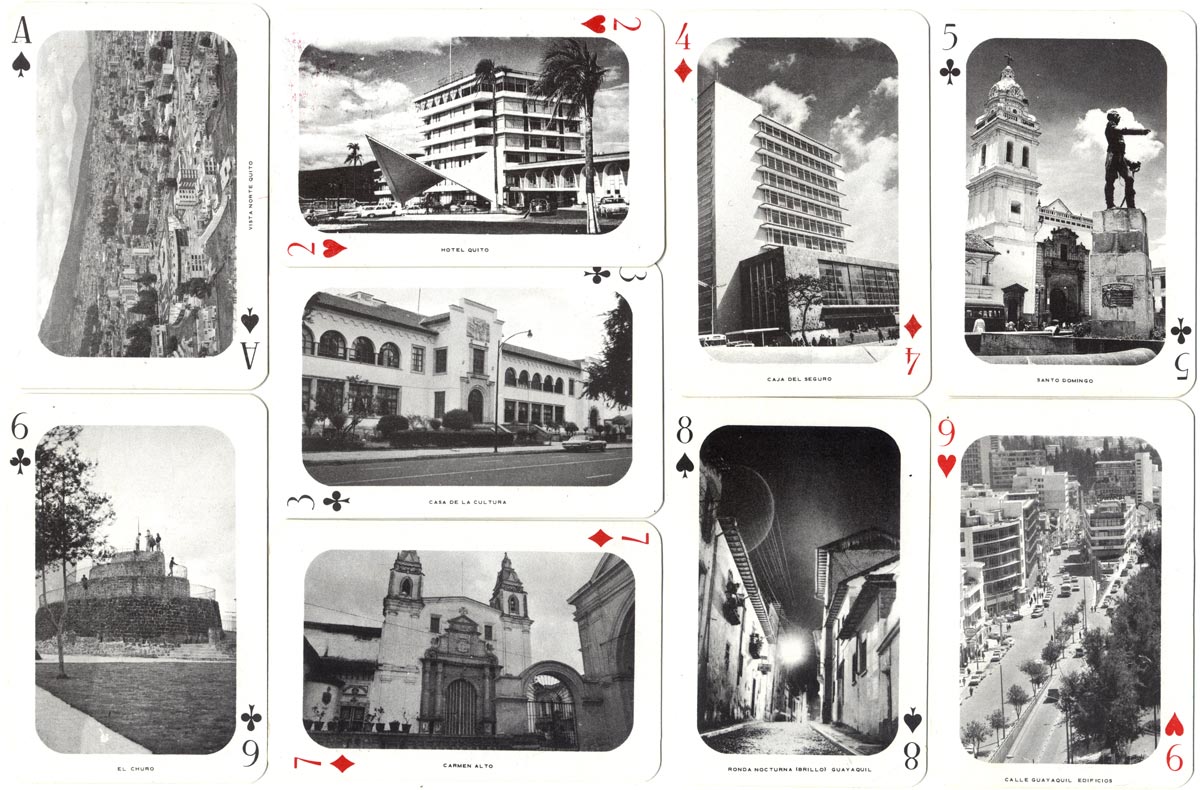 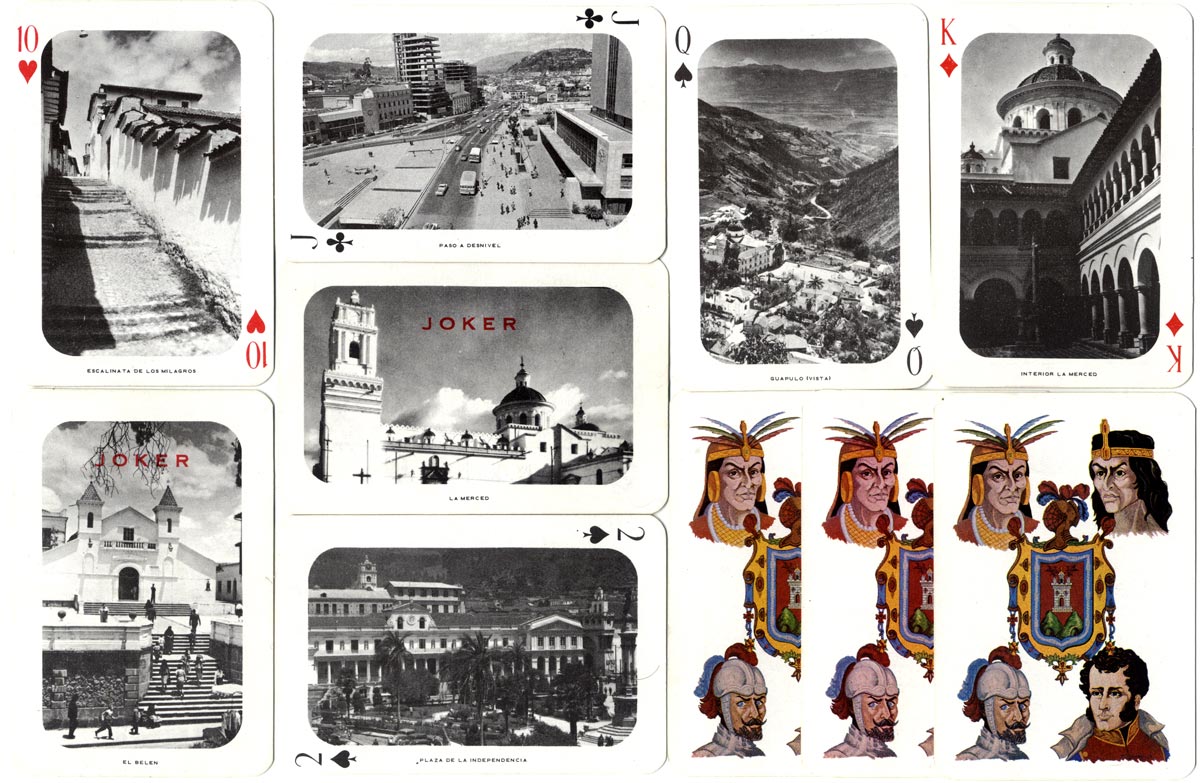 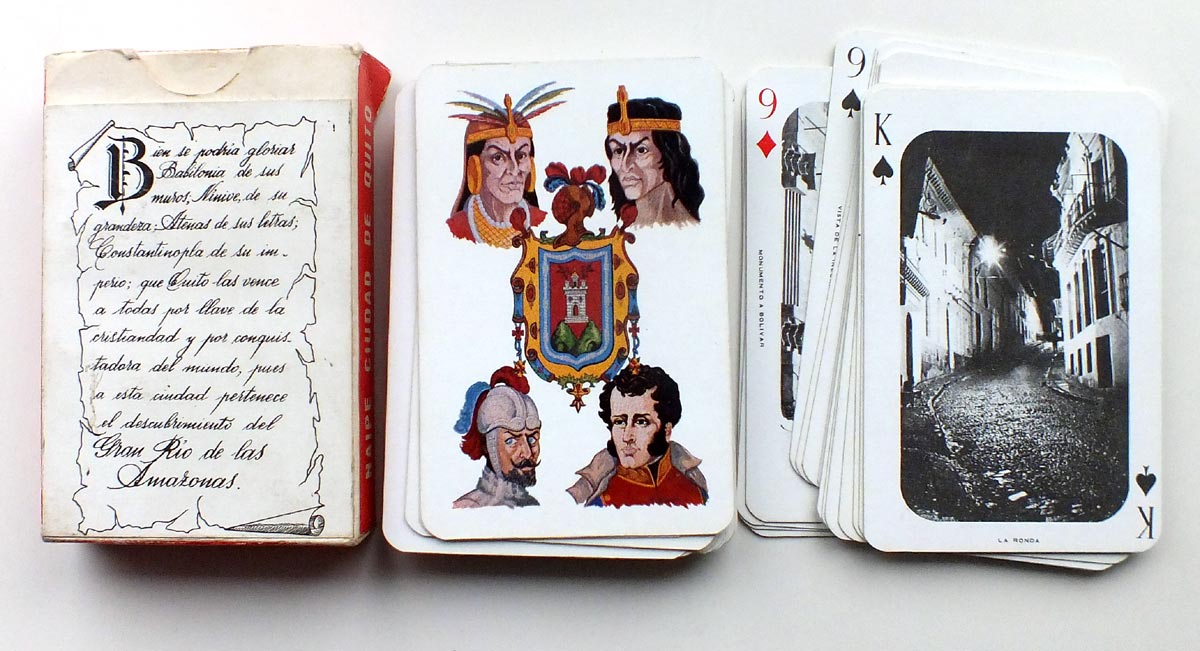 Above: Naipe Ciudad de Quito published by Grijalva y Compañia, Ecuador.. 52 cards + 2 Jokers + 4 extra cards in box. Curiously the pack makes little reference to Ecuador's pre-Columbian or Inca history, except for the design on the backs of the cards, preferring instead to depict the nation in terms of modern cityscapes and past colonial grandeur. The backs of the cards show the arms of Quito surrounded by two pre-Columbian chiefs (possibly Atahualpa and Rumiñahui, Inca chiefs) along with Sebastián de Belalcázar and a fourth European conqueror.