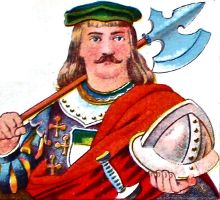 Dfter the demise of Real Fabrica de Lisboa in 1870 Belgian and German exporters virtually took over the Portuguese and Brazilian markets and French-suited cards such as these became more popular. These designs imitating late medieval costume were originally published by B. Dondorf in Germany as ‘Mittelalter No.151’. Presumably Nunes acquired the designs from Dondorf and printed the cards themselves, but the exact details of any copyright agreement are not known. 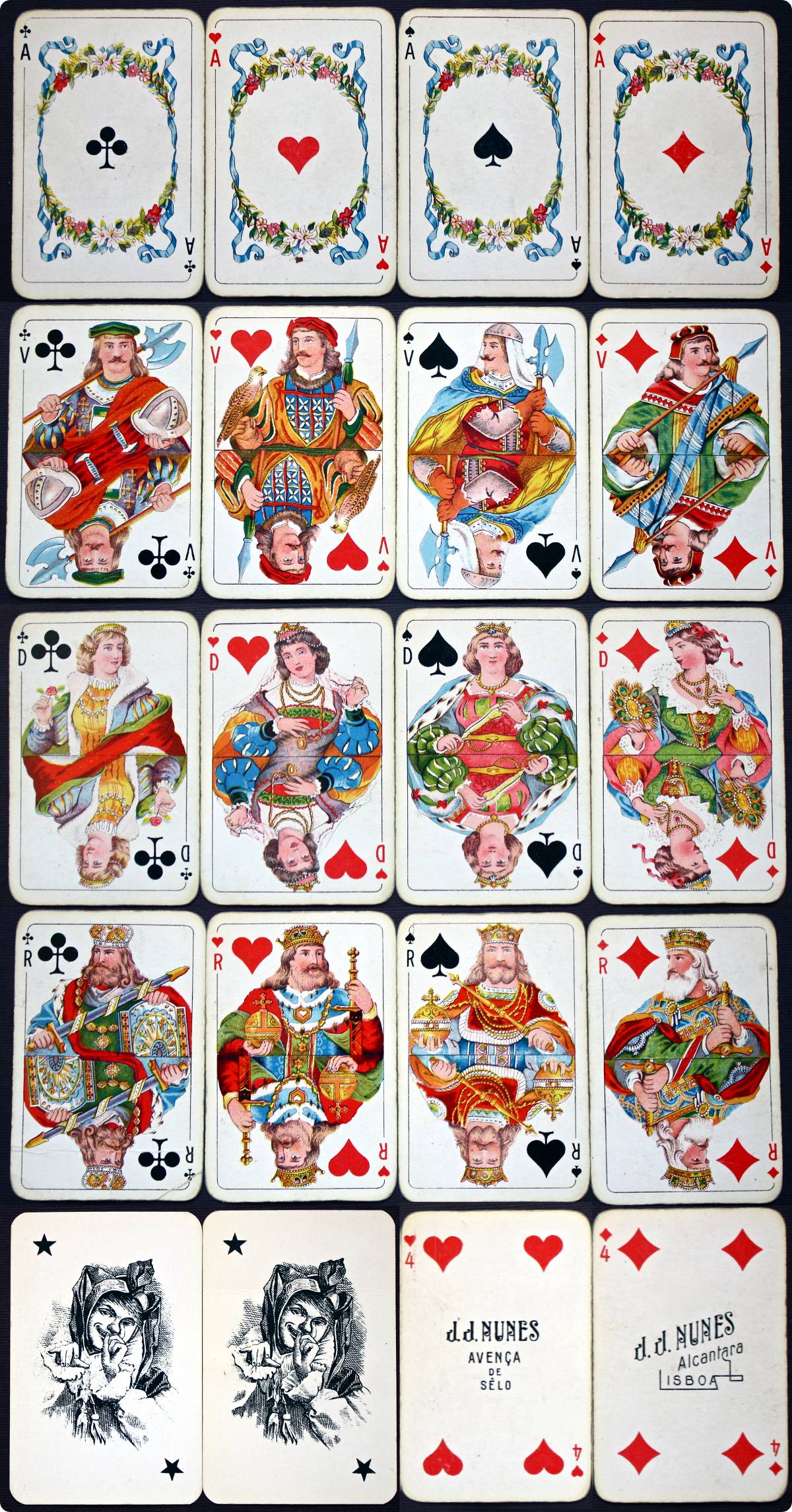 Above: cards from ‘Whist No.32’ made in Portugal by J. J. Nunes, c.1930s. These designs imitating late medieval costume, including the weapons held by the four Jacks, were originally published by B. Dondorf as 'Mittelalter No.150' and in the original cards the name 'B. Dondorf' can be read on the Jack of Clubs' helmet. In this edition no manufacturer's name is visible apart from on the two red Fours and box and the back design is a simple geometric pattern. Image courtesy Sally McBurney.